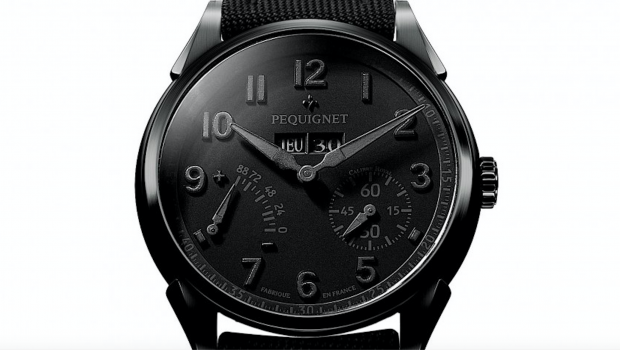 The French Watchmaking manufacturer Pequignet is nonetheless a cutting-edge, contemporary firm. Any lingering doubt in this respect will certainly be dispelled by the new fantôme version of its Royale Titane model.

Pequignet celebrates one of the great current paradoxes of watchmaking by unveiling a watch whose every element seems intended to pass unobserved. This totally monochrome, Royale Titane Fantôme, features an all-black case, dial and hands. A very trendy style in the purest watchmaking tradition. 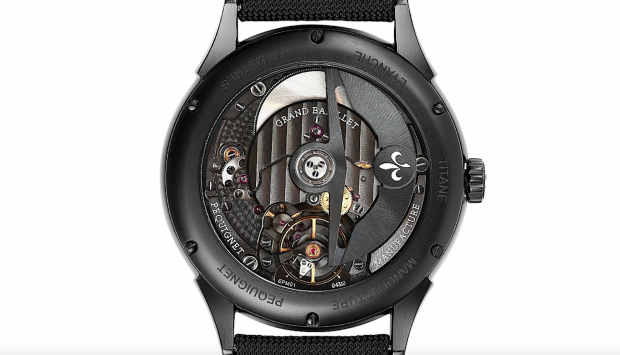 With this novel version, Pequignet seems to be playing on the idea that a watch in the 21st century must break free from formal concepts, turning them around and revisiting them in an uncompromising fashion. Doubtless to the delight of watch lovers and savvy collectors.

However, it is far from being a gadget. To convince oneself, one need only look through its sapphire crystal caseback revealing the ingenious design of the latest French made movement, the Calibre Royal, in its exclusive black version available in (very) limited editions. 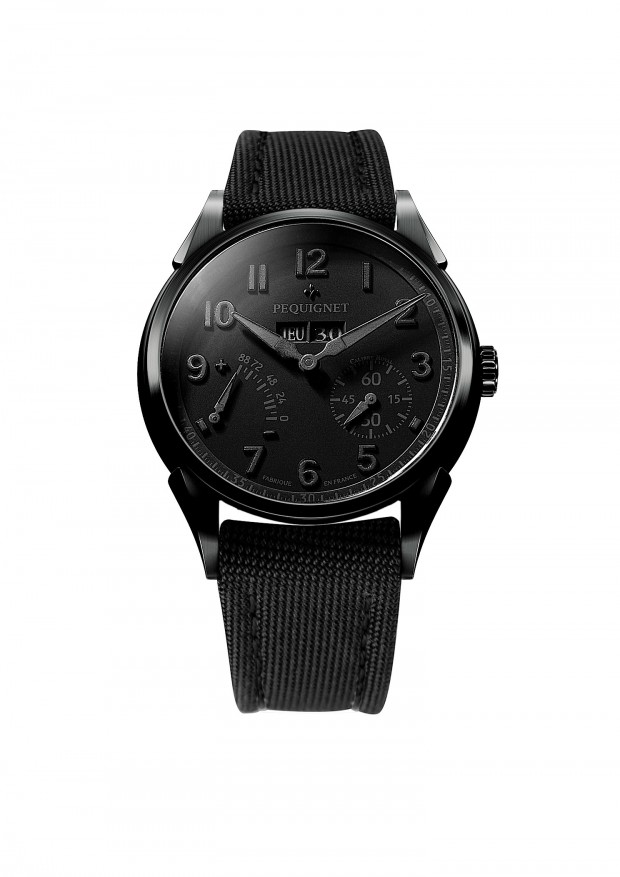 Its dial features a second counter at 4 o’clock and a power reserve display between 7 and 9 o’clock. The large date featuring instantaneous 3-disc jump at midnight patented by Pequignet is also present.

The hour and minute hands and the appliqué numbers on the dial are coated in grey Superluminova. Its 44mm case is made of black DLC treated titanium, as is the crown bearing the Fleur de Lys.

A genuine masterpiece of innovation, the Calibre Royal, protected by 8 international patents, is a movement with dual direction automatic winding and a frequency of 21,600 vibrations/hour (3Hz) assuring an 88h power reserve. On sale at Paris’s cult store Colette.