This summer Carolina Herrera presents 212 VIP Black as the new masculine edition of the 212 VIP collection, which belongs to the 212 line.
The fragrances of the 212 VIP collection, inspired by the New York City clubbing nights, feature accords of various alcoholic beverages, so we have 212 VIP containing the aroma of rum, 212 VIP Rose with champagne and 212 VIP Men that includes vodka notes. The new edition focuses on absinthe. 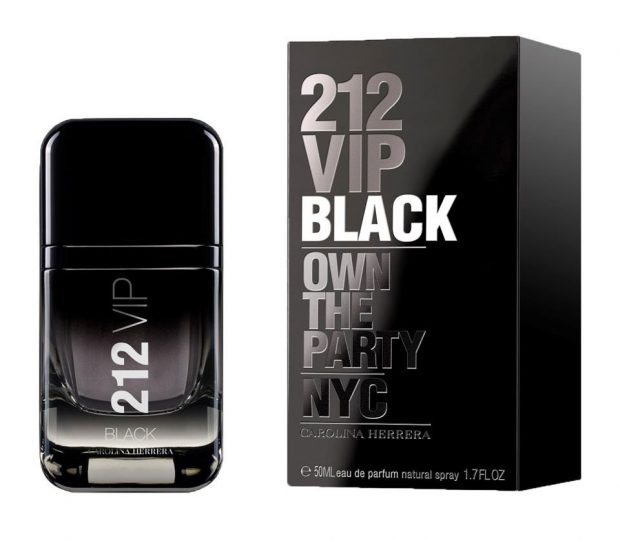 212 VIP Black is an intense evening edition with an aromatic-fougere character announced by epithets such as addictive and explosive.

212 VIP is a modern masculine fragrance which I find informal and easy to wear. It is an offering suited to evening social occasions rather than formal/work environments. It’s the clubbing scent and I definitely get this. For me it is highly attractive and generally speaking I would expect it to be favored by sexy people.

The composition is created by perfumers Carlos Benaim and Anne Flipo. An absinthe shot is enriched with spices, after which it passes into the aromatic heart of lavender and the warm and sweet base of intense black vanilla.

The new face of the advertising campaign is Cameron Dallas, along with Taylor Hill and Hailey Baldwin.