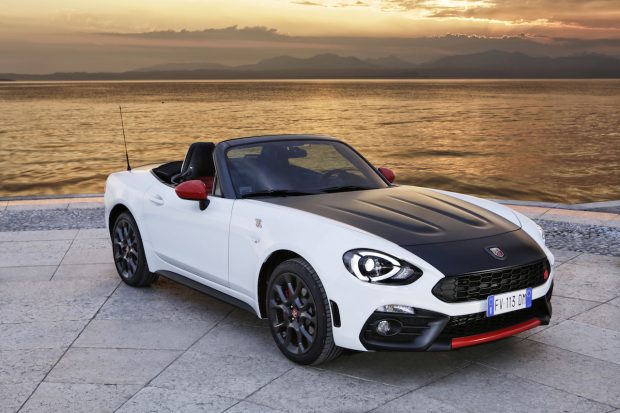 Fiat, wanting to introduce its first two-seater sports car since the Barchetta of the ’90s, did a deal with Mazda to use its new MX-5 chassis for the job. It then clothed it in a bespoke bodyshell and dropped a 1.4-litre MultiAir engine under the bonnet. 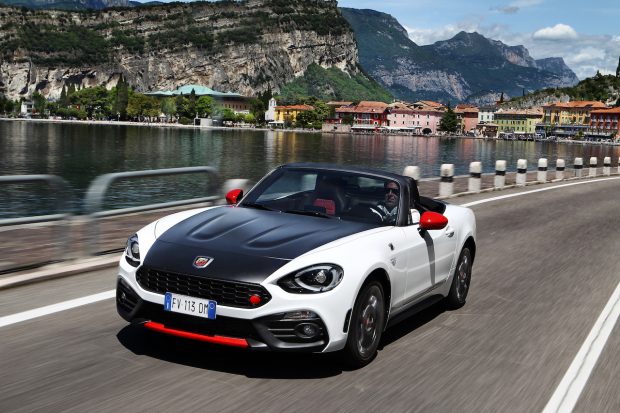 This new Abarth 124 Spider is the product of two and a half years’ work, and developed in parallel to the standard 124. The Abarth crew have tweaked the standard set-up with a lower ride height, Bilstein shocks and unique settings for the springs, anti-roll bars, steering and stability control. 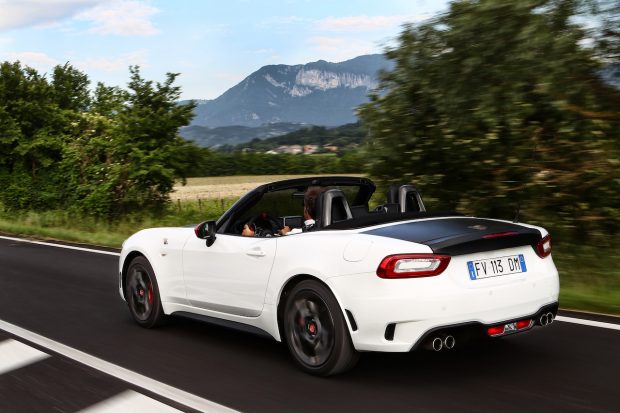 Fiat may claim it harks back to the original 1966 124 Spider . It’s amazing how good a matt black bonnet and boot can look, and they’re a nice nod to Abarths past. The Abarth 124’s further differentiated by a bulge in the bonnet, black wheels, bespoke Bridgestone tyres, a more aggressive front bumper and side skirts. 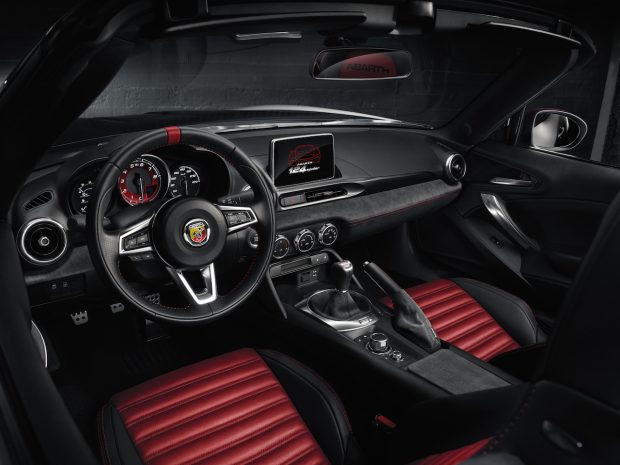 Inside, it’s also a lot more overtly sporting: you get a little competition car. A red rev counter, red band on the steering wheel, red stitching, alloy pedals and heavy use of Alcantara do set a certain tone and make the most of the otherwise lacklustre cabin design. Tick the right option box and you can also have red centres for the standard leather sports seats. My test car had this option in red and I love it! The Abarth gets a chunkier steering wheel rim, stubbier gearlever and Alcantara-trimmed dash and centre console inserts for a welcome lift.

The quality of the plastic is fine, but it’s not going to blow you away beyond being simple and relatively ergonomically friendly. It earns bonus points for the roof, which is so simple and fast to manually raise and lower without having to leave the comfort of your seat. The boot is small, but you’ll cope because you’re buying a roadster and you know what you’re getting yourself into.
It’s not short of creature comforts, with a climate control system, four speaker stereo with MP3 player and USB port, cruise control, 7-inch colour display, DAB digital radio, Bluetooth connectivity and electric door mirrors as standard, but you’ll need to pay extra for the satellite navigation system, Bose stereo upgrade and a rear backup camera. 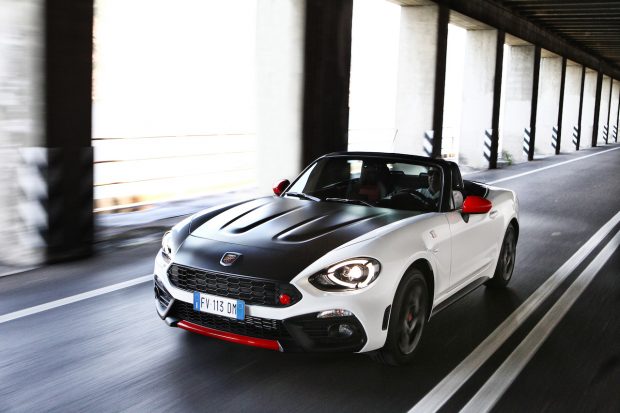 In the Fiat the 1.4-litre four cylinder turbo develops 138bhp, while for the Abarth it’s turned up to 168bhp – good enough for 0-100Km/h in 6.8 seconds and a top speed of 232 km/h, emissions of 148g/km and a claimed 44.1mpg on the combined cycle.
At low revs, the exhaust parps and farts, but as speeds rise you leave the noise behind, and are left without a flat, ordinary four cylinder.

You can drive an Abarth Spider every day. It’s size, snappy gearbox and quick steering make it easy to thread around town, while the well-shaped seats and refinement enable it to see off a couple of hundred kilometers without too much backache. On B-roads, where you want to have fun, it is entertaining. It’s light and nimble and accurate. It’s not bad at all.Even better than that! 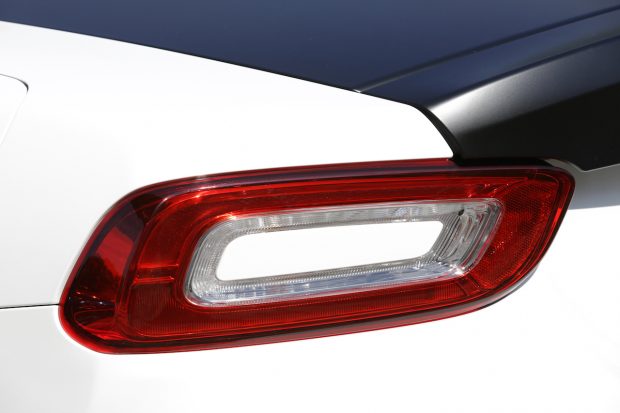 Press the Sport button and it sharpens the steering, throttle and the gearbox response and lowers the stability control threshold.The little Brembo brakes are strong, and match the visuals pretty well.
Another great thing: the noise coming out of the back of the Abarth 124 is sensational. It growls and pops and farts, adding an addictive sense of drama to proceedings. Abarth has continued the sense of drama with tweaks to the exterior and interior. The contrast-coloured black bonnet. The splashes of red on the seats and door mirrors, and at the top of the steering wheel mark the car out from the pack, too. And the Abarth’s turbocharged engine is efficient and its exhaust is vocal and adds plenty to the driving experience. So sporty, So funky!