Jordy Smith hits Snowdonia for a taste of landlocked surfing at the UK’s Wavegarden. With the back half of the World Championship Tour (WCT) about to kick off, Jordy makes a quick stop in north Wales before heading to France to resume his world title race. 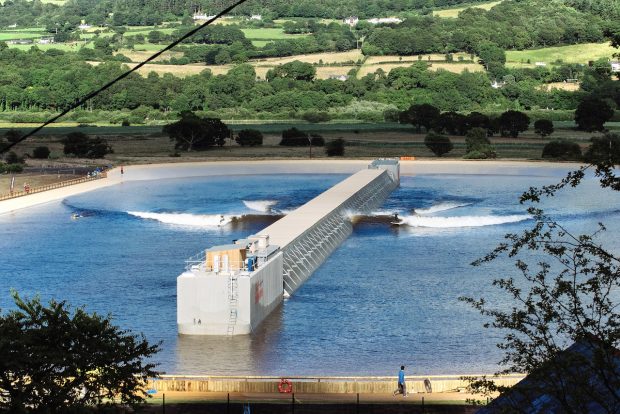 In a bid to tackle the man-made waves of Surf Snowdonia, Jordy Smith finds a gap in his busy competition schedule and heads to the green hills of the Conwy Valley. With left-handers and right-handers peeling for up to 150 metres, the 29-year-old South African puts the inland wave lagoon through its paces.

Bringing his power game to Wales, Jordy’s style on the artificial head-high waves is fluid. It’s clear to see why this Durban raised surfer is currently one of the world’s finest. 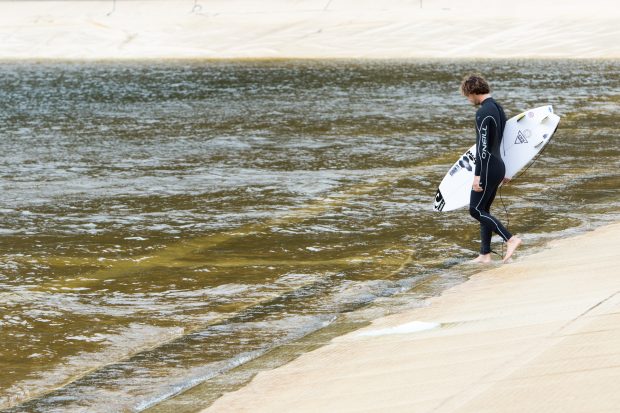 Commenting on his experience at Surf Snowdonia Jordy states:

It was actually a good training session. The surf has been quite small in California so it was good to ride several waves in a short period of time. The wave is very different to waves in the ocean but it does offer a few fun sections to do some turns. It’s a pretty crazy place to be honest. I look around and it’s just surrounded by mountains and lots of greenery which is beautiful. I’m excited to be part of a time when artificial wave lagoons are launching across the world. The technology is continually improving and this is just the beginning. 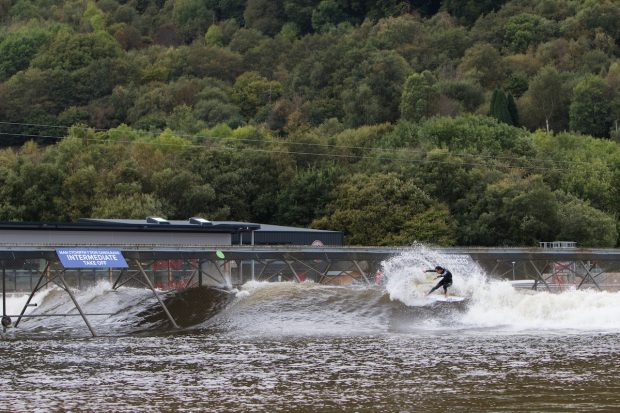 Winning Bells Beach in Australia earlier this year and storming through the semi-finals at Trestles, South Africa’s Jordy Smith has held his position at the top of the World Surf League (WSL) Championship Tour rankings. With just three events ahead of him, Jordy will join the rest of the global surfing elite in France next week for the ninth round of the WCT.