Citroen built its reputation on designing cars that were different from the norm, a trend that is re-emerging in today’s offerings such as the C4 Cactus and this smaller C3 model.

While it is a continuation of Citroen’s most popular car, the new C3 is notably different. Which makes the styling direction of this new model all the more interesting. Its predecessor looked rather like the forgettable car it replaced; the follow-up, while closely related underneath, is outwardly quite different. It takes the Cactus riff and moves it in a more mainstream direction, abandoning some of the Cactus’s more extreme weight-saving measures. Even so it’s pretty light and nimble. 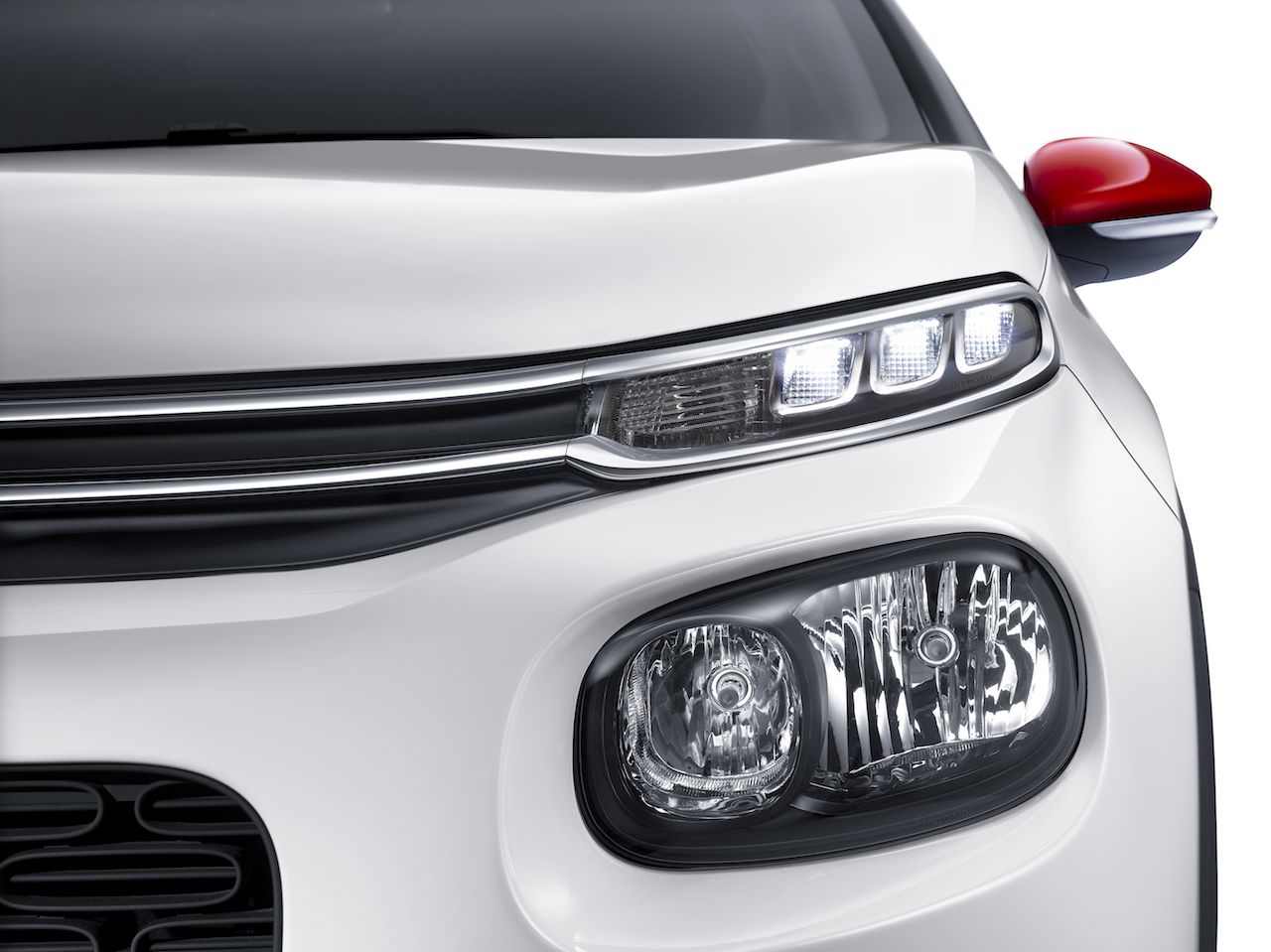 Whether you’re a fan of its looks or not, you’ve got to admit that the latest Citroën C3 is a small car that bristles with difference, from whichever angle it’s observed.
Should you allow yourself to be tempted by this style and tech?

The new nose, while recognisable, takes the C3 in a radically different direction from that of the old car. By joining the model at the hip with the smaller C1, Citroën has, in effect, announced a bolder design language for its small cars, one characterised by the Airbumps that were such a key feature of the C4 Cactus. 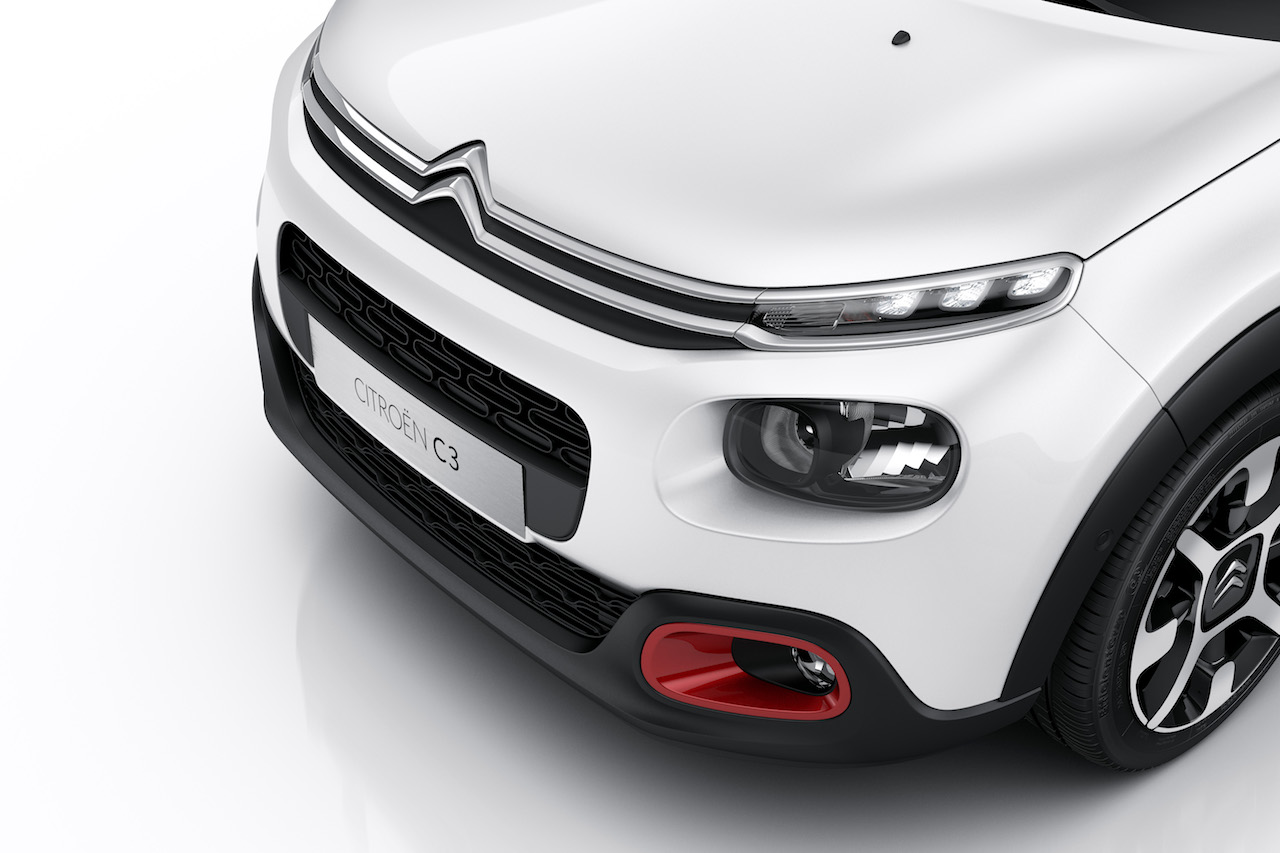 It takes the Cactus riff and moves it in a more mainstream direction, abandoning some of the Cactus’s more extreme weight-saving measures. Even so it’s pretty light and nimble. Airbumps are optional in case you dislike their look, but they do a good urban protection job. Custom two-tone paint jobs and various interior themes let you match it to taste. There’s just one five-door body style though. The platform comes from the Peugeot 208, and that’s pretty much how it drives, though with more emphasis on comfort. 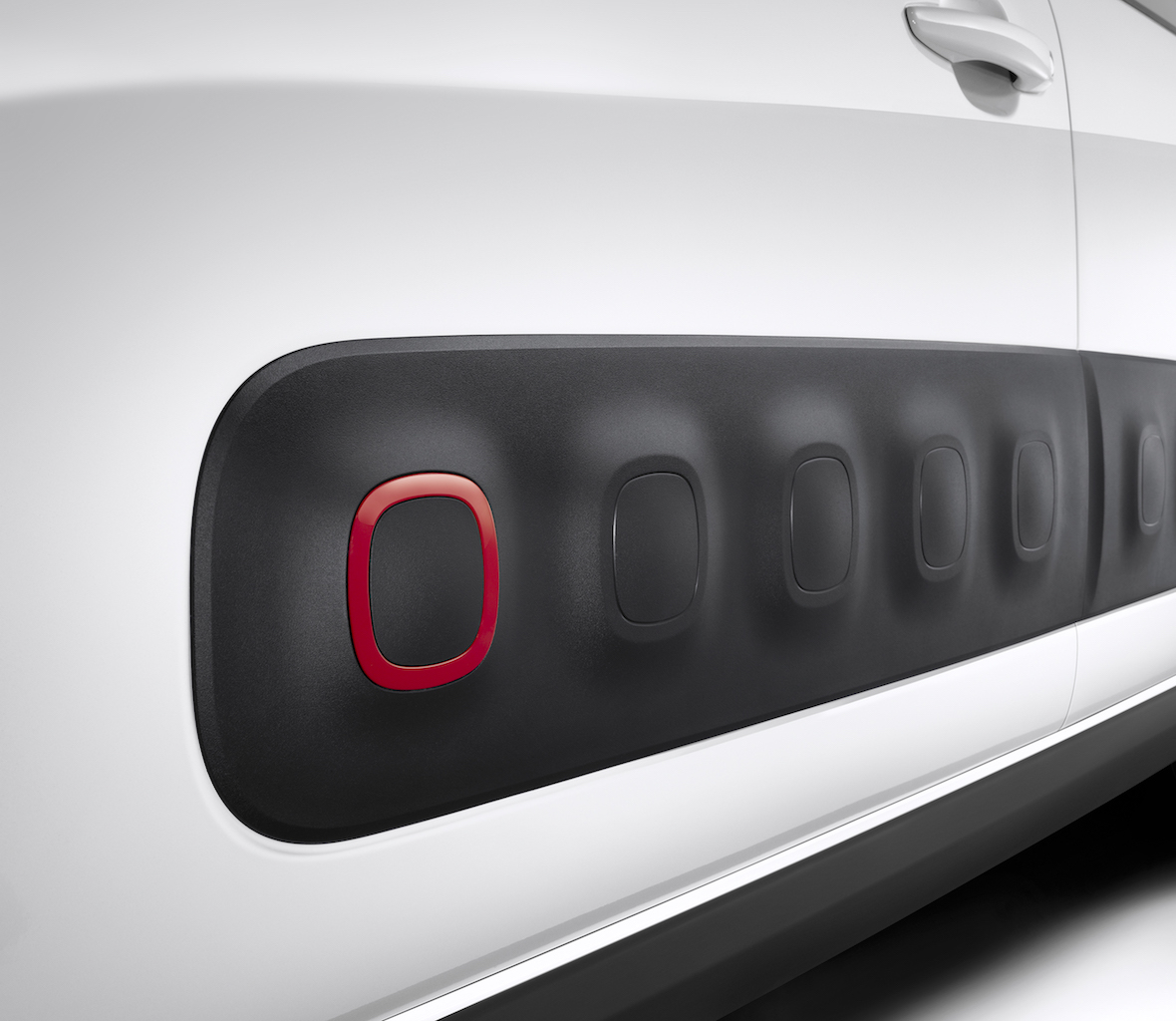 The shapes are straighter-edged with rounded corners, including a dimple motif that appears on the door inners, the airbumps and even the headlining.

About the interior, It’s basic-looking but very chic.
The analogue instruments are simple and clear, and while there’s a digital speedo in the centre of the monochrome drive display screen, it’s not included at the expense of a proper speedo dial. 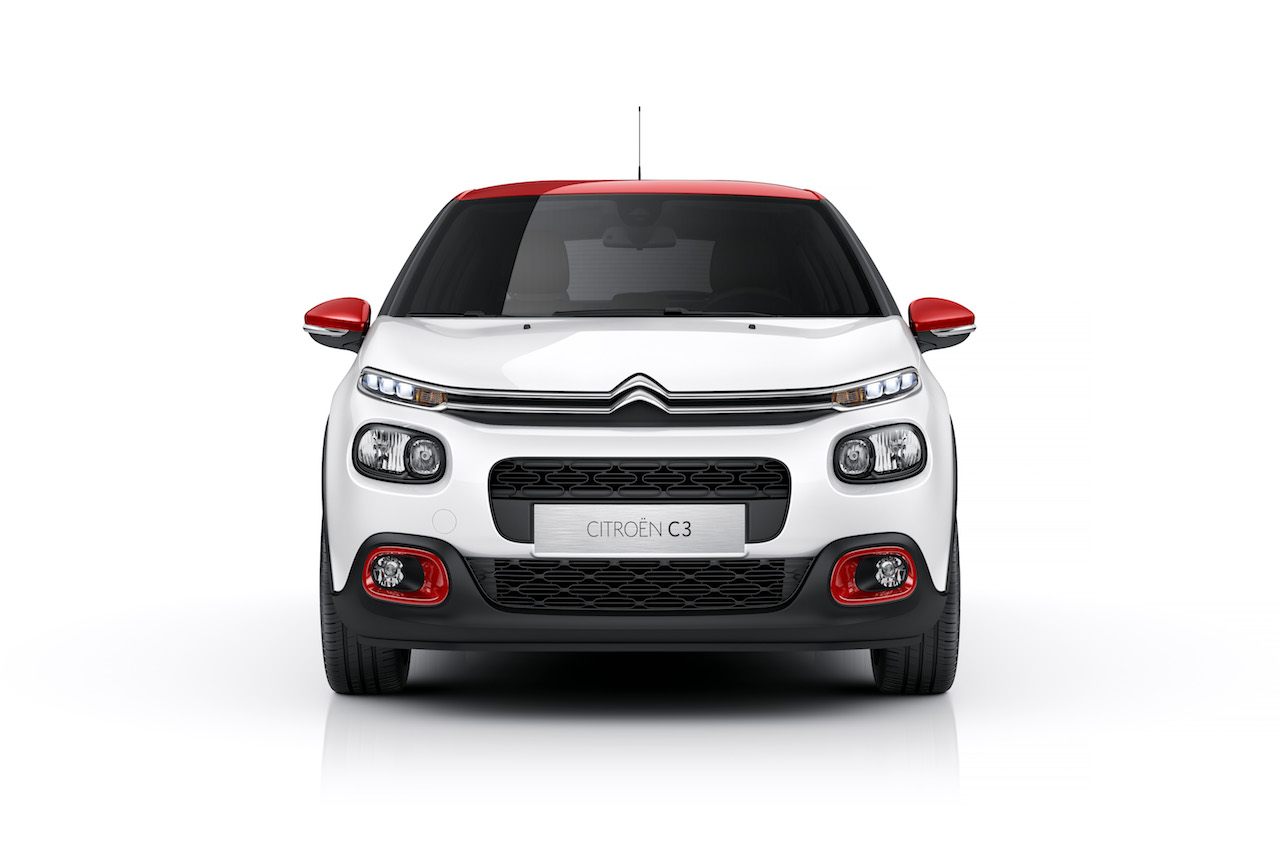 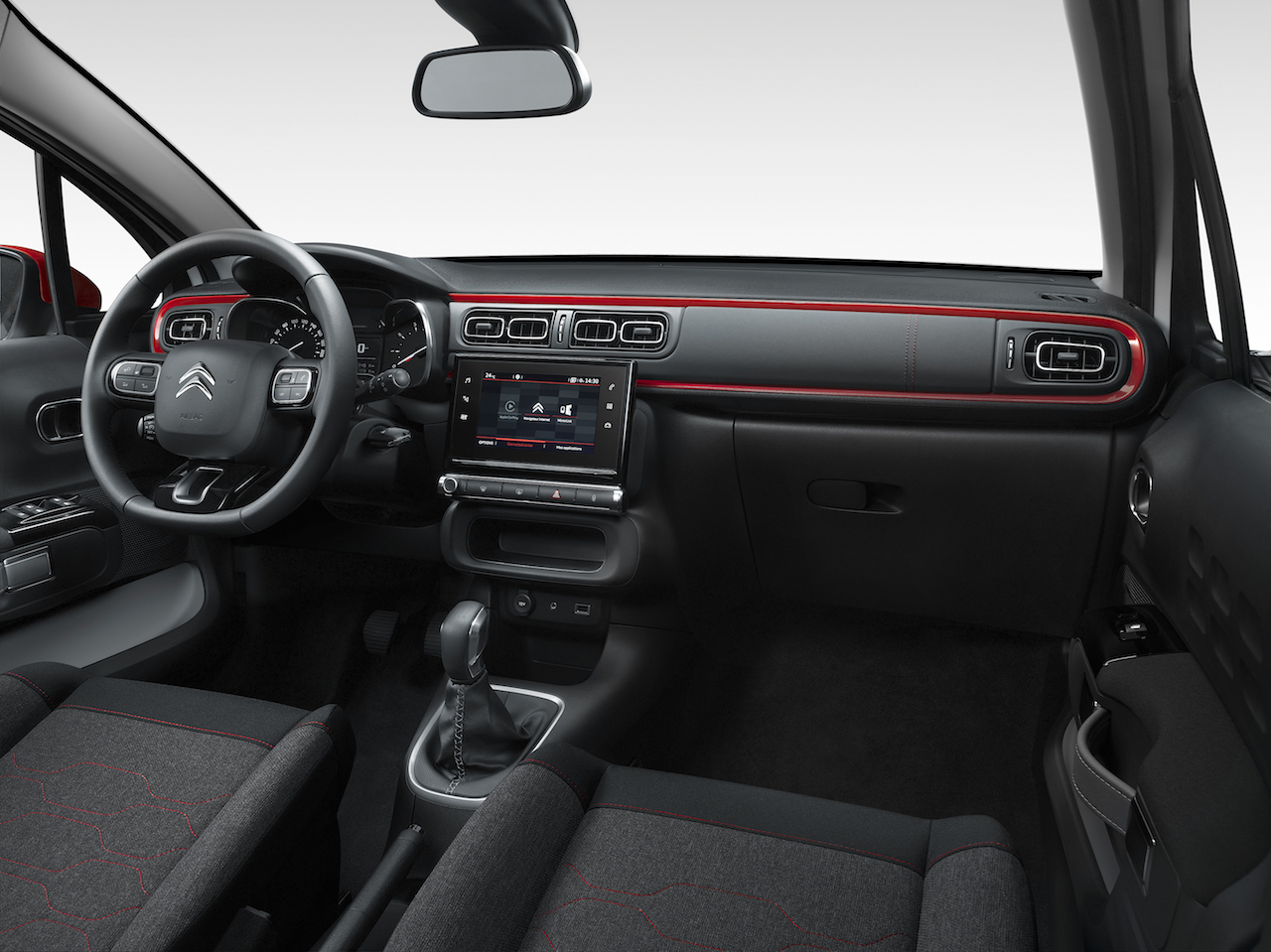 Every version of the C3 gets useful techno-gubbins such as a DAB radio and Bluetooth, but you need to upgrade to our favourite Feel trim before you benefit from a 7.0in touchscreen and handy smartphone link. This allows you to connect your mobile phone and use its apps, including the sat-nav, through the screen. With in-built sat-nav optional even on the top-spec C3s, that’s a handy gadget to have. USB and aux-in jacks are at the foot of that stack, as is a 12V power outlet. 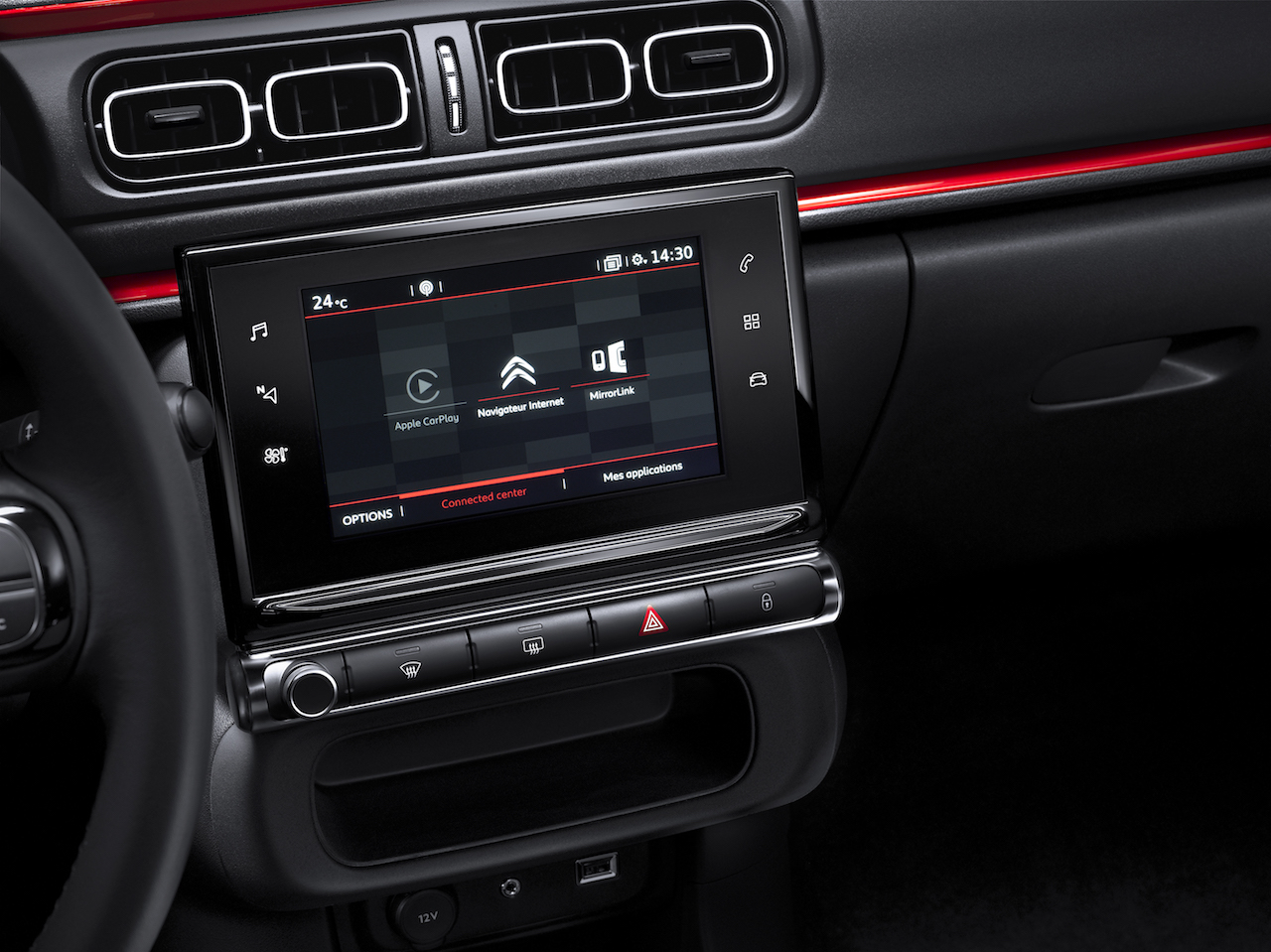 The C3’s major innovation is a GoPro-style dash cam hidden behind the rear-view mirror. It continuously records video of the road ahead in case you should need evidence of an accident or just want to tweet a photo from your drive. It’s standard on Flair trim and optional on lower-spec Feel.

The seat materials are refreshing, actually something you’d allow on your sofa at home.
The front passenger doesn’t get seat-height adjustment or adjustable lumbar support, only the usual manual forward and aft movement, and backrest recline.
The C3 has a below-par amount of passenger space in the second row, with enough room for small adults only and its boot is big enough to take a couple of travel-sized suitcases,
Even the entry-level Touch trim has a fair amount of kit. You get split/folding rear seats, a height-adjustable driver’s seat, an adjustable steering wheel, cruise control, and a DAB radio with Bluetooth. Safety equipment is reasonable too, and includes a speed limit display, lane departure warning, a tiredness monitor and six airbags. Be warned, though – there’s no air-con or alloy wheels.

The engine line-up is studiously on-brand, too: a 1.2-litre three-cylinder petrol unit in a choice of three outputs and a 1.6-litre four-cylinder diesel in two different guises..
The 109bhp 1.2-litre petrol is also pretty efficient and cheaper to buy, so it’s cheaper than the diesels. In turbo form it has a wide useable rev range, so you don’t need to change gear often; is typical of the three-cylinder breed, the engine runs quite roughly at idle but revs willingly and more smoothly above 1500rpm. 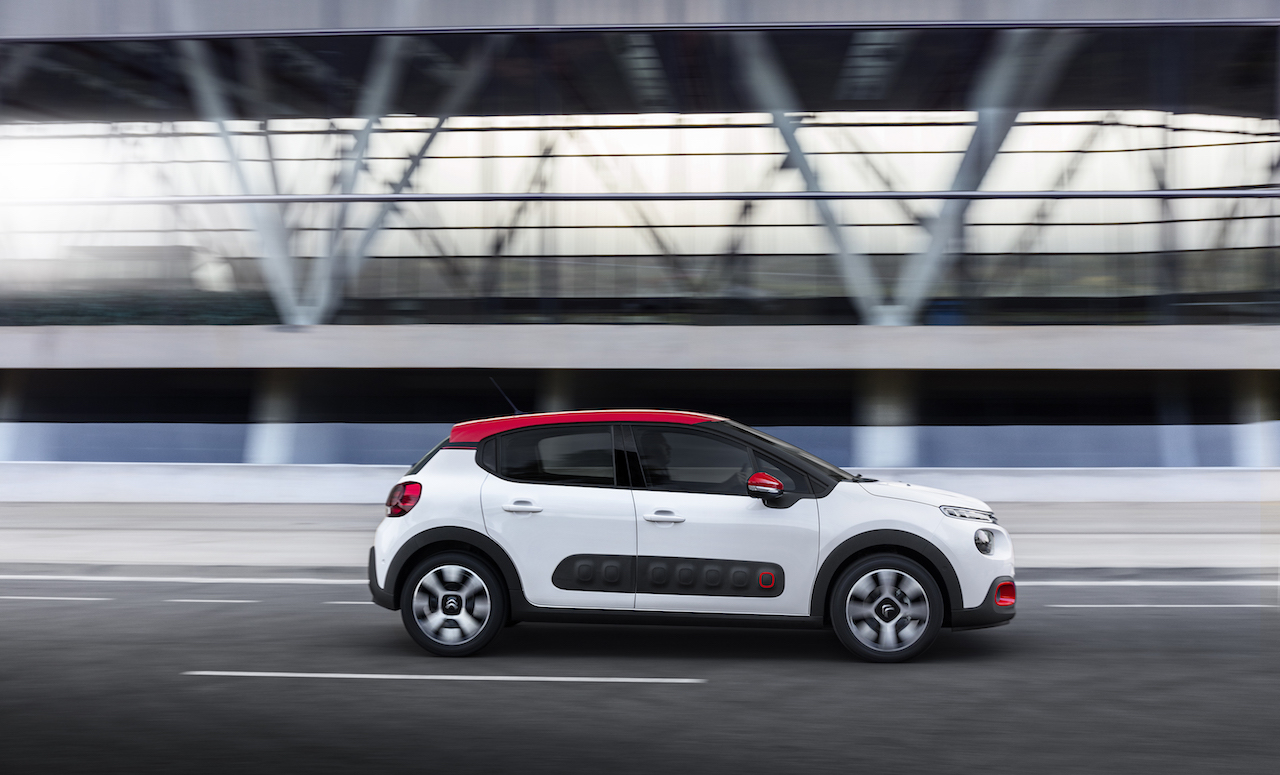 The C3 has been setup for comfort on the road too. That almost comes as a relief with so many small cars wanting to position themselves as sporty to appeal to the excitable young driver. Feeling the C3’s suspension soak away rough suburban roads is rather brilliant – there’s no thump like you’ll get with firmer suspension.
That’s particularly noticeable at the front, with the front wheels soaking up speed bumps happily, although the rear can come down with a bit of a crash. But coasting over rougher roads leads to a relaxing drive overall. Yes, you will notice the car rocking on hard acceleration and on braking and it’s not the sharpest in the corners, because there’s more body roll.
We like the excellent amount of adjustment the driver gets, which includes seat-height adjustment and a steering wheel that moves extensively up and down, as well as in and out. 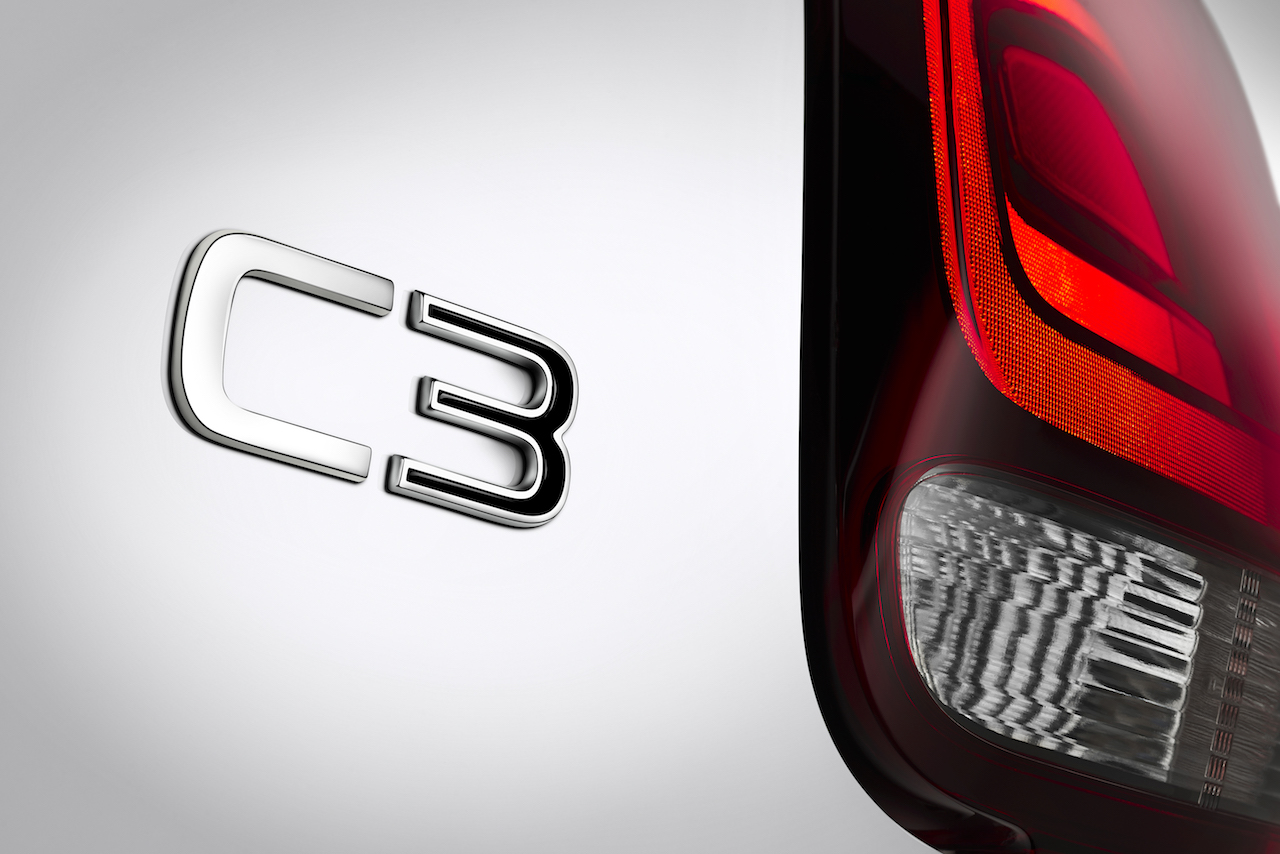 Reasonably thin windscreen pillars mean your view forwards is quite unobstructed. It’s mainly the rear view that’s a problem. This is because the tapering roof and swept-up side windows leave you with a shallow rear screen and thick rear pillars.
On the highway we suffered a bit from the lack of a tall sixth gear, when the engine’s constant buzzing can get a little wearing. Otherwise, at speed wind and tyre noise in the C3 are no more voluble than in its best rivals.

Outwardly good-looking and design-conscious, it’s eye catching in a way the anonymous previous model was not. This is a great small car, it has character and a lot to like about it. There’s technology, there are interesting design elements, plus it’s a comfortable and fun car to live with and drive.