Surrounded by Ibiza’s renowned and exciting nightlife, with Talamanca beach and the city center only a stroll away, the Sir Joan Hotel brings to mind an exclusive members-only retreat thanks to a thoughtful spatial design that flows seamlessly from interior to exterior to the pool overlooking the marina. It’s within spitting distance of Ibiza Marina, while remaining just a short 10-minute stroll from the twinkling lights and lively hum of Ibiza town. 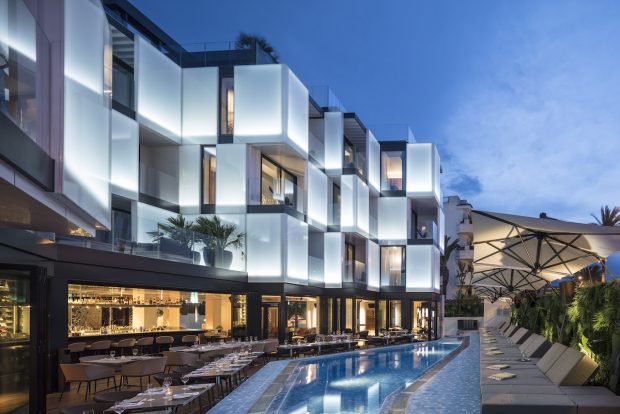 Its gleaming aesthetics are backed up with substance. Interiors come courtesy of award-winning architects and interior designers Baranowitz + Kronenberg – masterminds behind several other Sir outlets, and the result is interiors that sing. Vertical green walls and minimalist waterfalls also provide a natural and calming backdrop, transporting guests away from the bustling city surrounding them to a relaxing paradise. 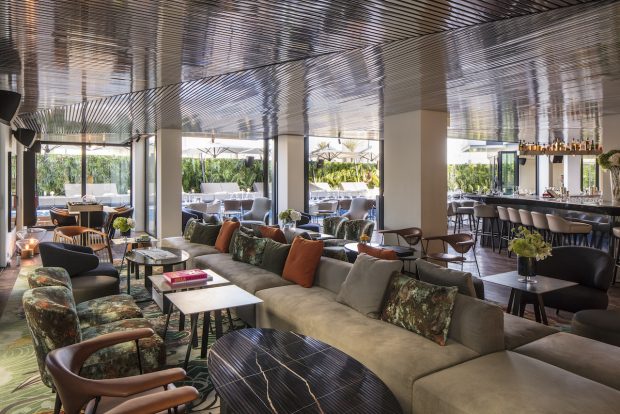 The lobby bordering the hotel bar and adjoining restaurant, Izakaya, is decked out in earthy tones, marbled patterns and polished steel, while nods to the hotel’s creative clientele can be spotted in stylish coffee table books strewn here and there walls adorned with Spanish artworks, and a programme of cutting edge musical events.

The hotel attracts an achingly cool, clued-up crowd happy to parade round the pool in barely-there outfits at any time of day or night.
Drawing on the distinct characteristics of Ibiza’s split personality as an exclusive luxury destination and party island, Sir Joan Hotel is a sensual and highly fashionable retreat for the partier and reclusive bohemian alike, this private paradise overlooking the old town and the marina celebrates a nostalgic era of the island while catering to the needs of the modern traveler. 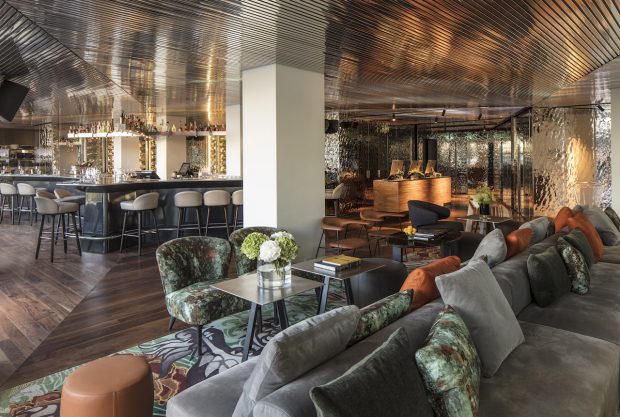 As a subtle homage to yacht living, interior design elements, such as sea-weathered metals, maritime ropes, yacht flooring, and monochromatic gray hues, contrast the Balearic sun. With a dramatic dialogue between the contemporary and the traditional, Sir Joan Hotel is an oasis of indulgence for wild-at-heart nonconformists who seek the island’s finest offerings in the heart of the island’s nightlife scene. 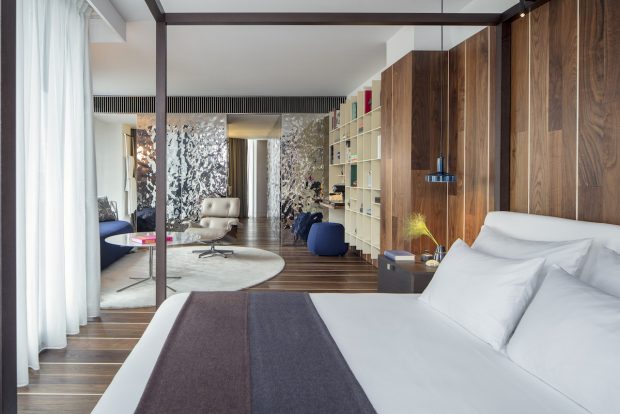 The 38 rooms and suites range from 24 to 65 square meters, and all feature a bathroom with a rain shower and a king-size bed, while the 24-square-meter Sir Boutique Room also offers the option of twin beds instead. 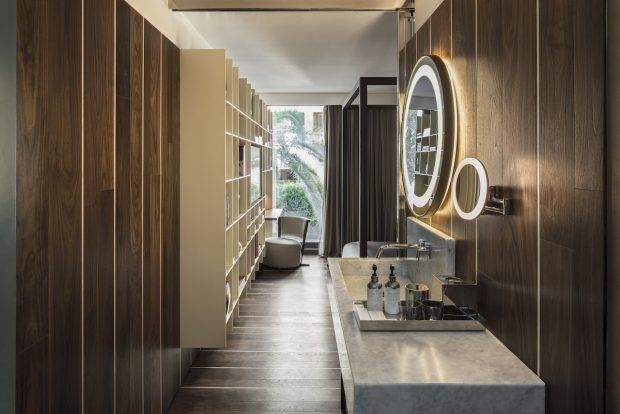 The walnut wood floors married with ocean blues, bronze hues and pummelled, steel surfaces that glimmer like rippling waves when caught by light. Beds are dressed with Egyptian cotton sheets and there’s a pillow menu.Every room has a balcony, blackout blinds and is soundproofed. There are two penthouse suites on the top floor with 360-degree views of the island.Bathrooms are kitted out in white marble, with rain head showers. 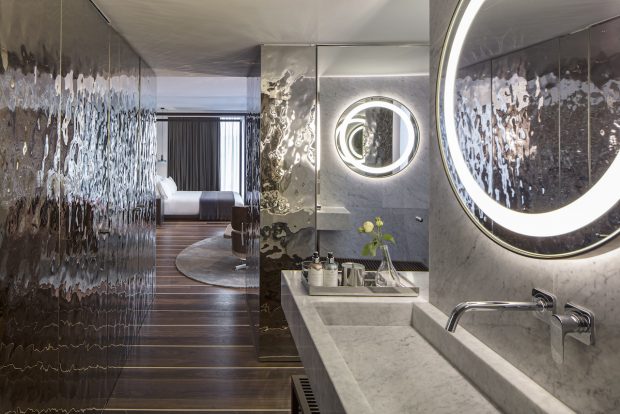 The hotel is home to two outstanding restaurants, Izakaya and The Butcher. The sleek, triangular pool is small and lined by luxurious cabanas.
The glamorous staff is impeccably dressed, often teetering around in heels or dressed in a suit and tie.
Amsterdam-based Izakaya connects to the hotel bar on the ground floor, serving a range of petite Japanese-Peruvian fusion dishes, designed with sharing in mind. Then there’s another Amsterdam favourite, The Butcher, which with a separate entrance to the hotel serves Aberdeen Angus burgers daily from midday until 8am. 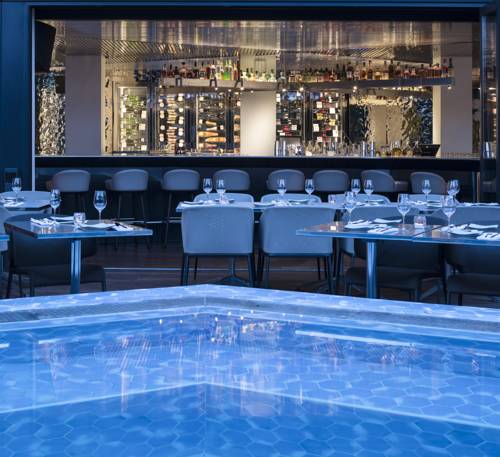 Sir Joan, the first Spanish member of the Sir Hotels family (already renowned for luxury properties in Amsterdam and Berlin), is spicing up Ibiza’s shores with a splash of urban sophistication. Unabashedly decadent, it’s a hotspot for wealthy, carefree creatives.