An antique-dealer specialized in French and Italian furniture, famous personality of Saint-Germain-des-Prés, the Parisian Yves Gastou has for more than thirty years built an impressive collection of men’s rings. This breathtaking ensemble, assembled at the option of a bargain hunter and traveler, is exhibited for the first time in Paris. 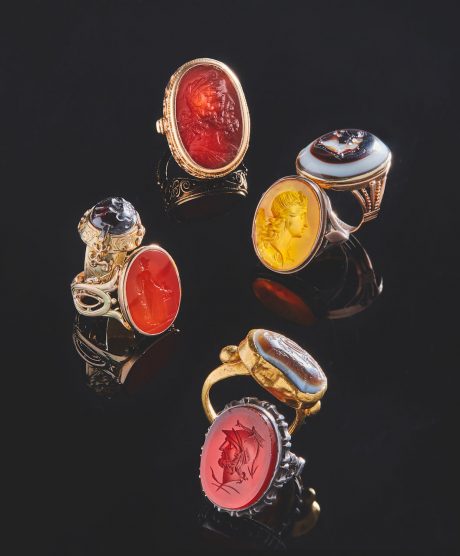 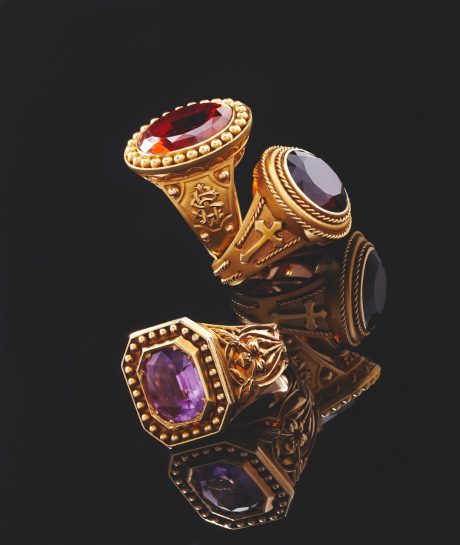 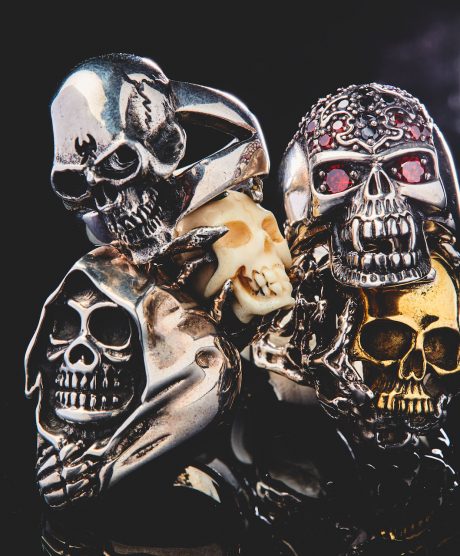 The show, which is also the first in history to focus exclusively on men’s jewellery, showcases nearly 700 rings, out of the few thousand, amassed with frenzy, relentlessness and risk taking by the antique dealer. From 17th-century Venice Doge rings to 1970s American bikers, from ancient Egyptian rings to 18th-century enamels, from 19th-century vanities to the creations of contemporary artists, a must-see of the season for the gentlemen in you ! A craze for the less recent, which shows a strong change of mentality, in connection with the evolution of society. In fact, men’s jewellery has always echoed a social, political, economic and artistic reality. Much more than an element of adornment, the jewel is at once an instrument of affirmation of power, a communication tool and a fashion accessory. But even if we tend to forget it, this was for a long time exclusively masculine !

By his ostentatious character, it contributed to the definition of the power, of which it constituted until the 18th century a visible element. The different improvements in society necessarily led to changes in the use of male jewellery and the relationship of man to this form of coquetry. 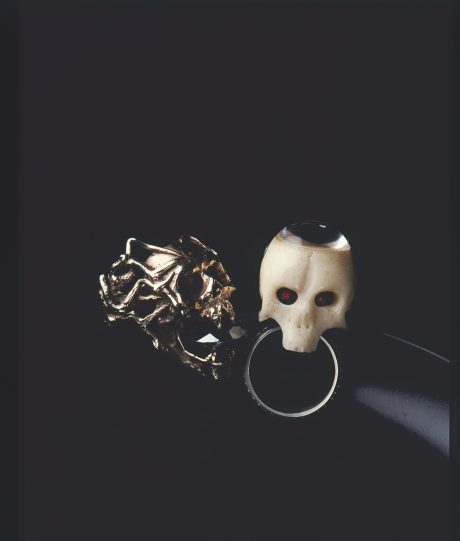 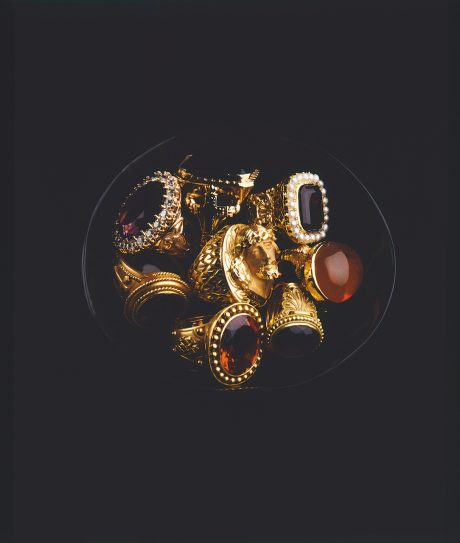 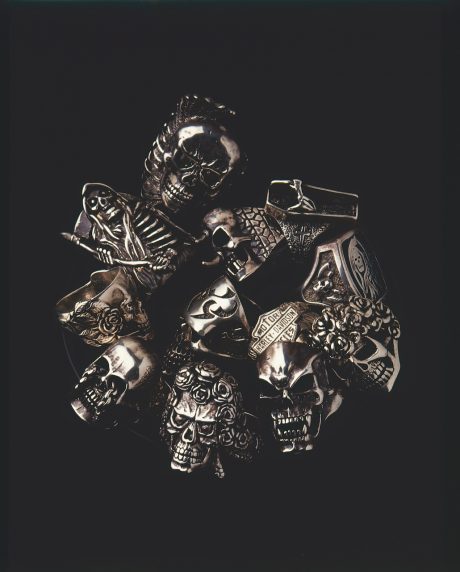 Until the 1970s and 1980s, for men, wearing rings was discriminating

It is also a powerful singularization tool in a time of globalization and the resulting standardization. One will see it in the exhibition, today silver, steel, leather and black color are often the favorite components of men’s jewelry, even if in this area there is no exclusive. Thus, the collection of Yves Gastou, composed of attributes of different eras and origins, which are often part of a secular story, also gives an important place to pieces adorned with precious color stones, intaglios of agate and carnelian, cabochons of citrine or amethyst, set in the most beautiful gold. No more women exclusive !