Alice Gallery in Brussels features Jeffrey Cheung from 4th March. The celebration of life that Jeffrey Cheung paints evokes Dionysian rites, the spontaneity of gestures of Picasso or the flexibility of the line in Jean Cocteau. Never mind the arbitrary connections solicited by an over-enthusiastic imagination. The peculiarity of Jeffrey’s work is also to surpass oneself by serving a noble cause: the fight for sexual freedom, that of all homosexual genders. This activist does not oppose the genres (communities) between them, on the contrary he invites the whole world to join in the dance and love each other. 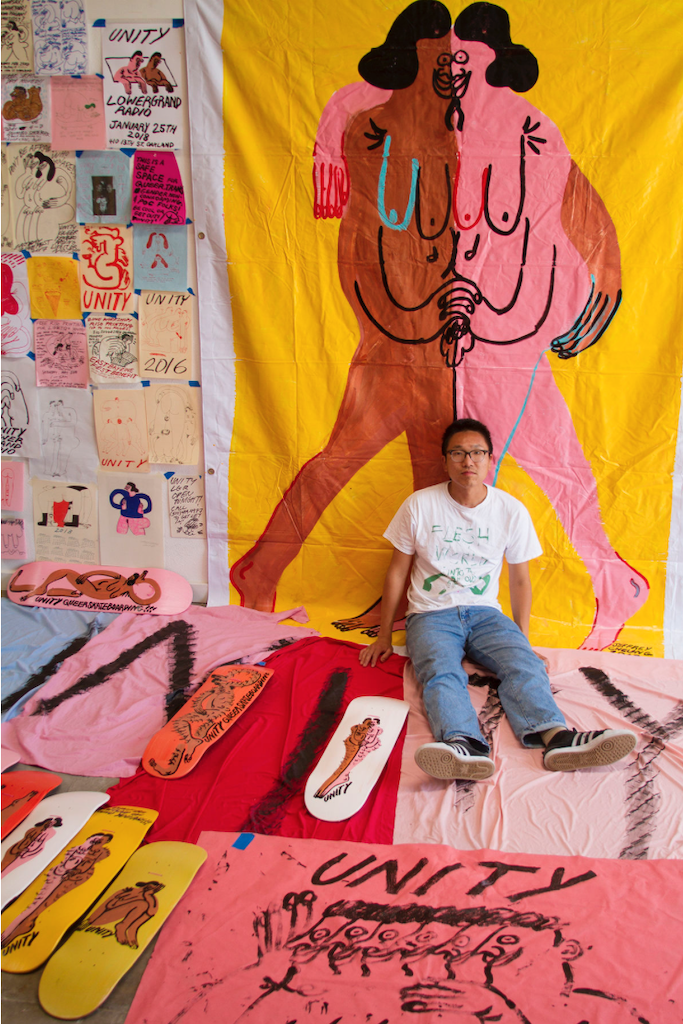 Can one imagine an art more necessary in these troubled times when the rejection of the other would almost pass for a civic gesture? 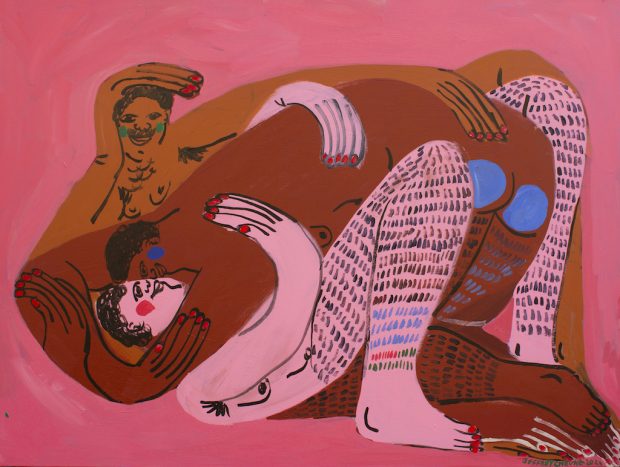 Jeffrey Cheung, painter, skateboarder, musician and activist, is a DIY enthusiast who has become a prominent figure in the American Queer scene through his Unity project: a press and skateboard company that aims to support queer and trans people of colour (QTPOC). 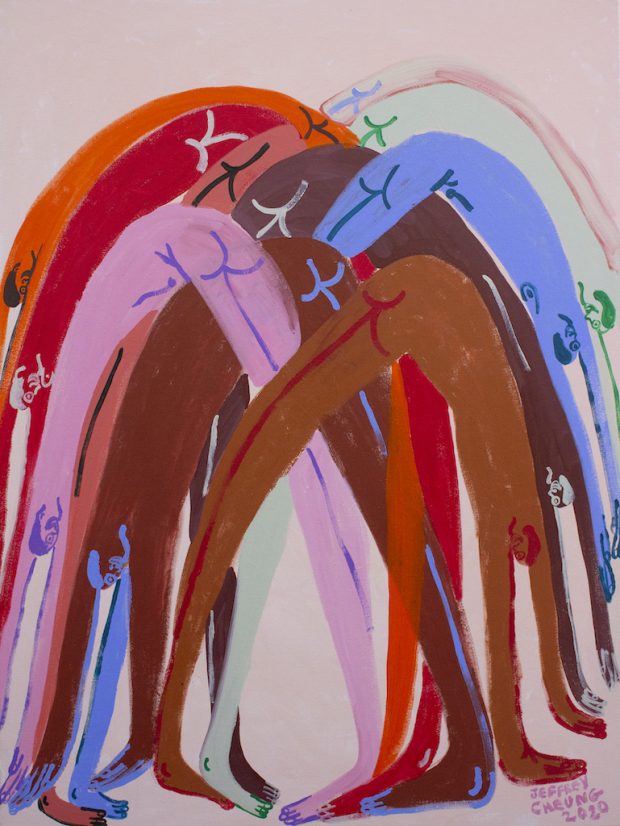 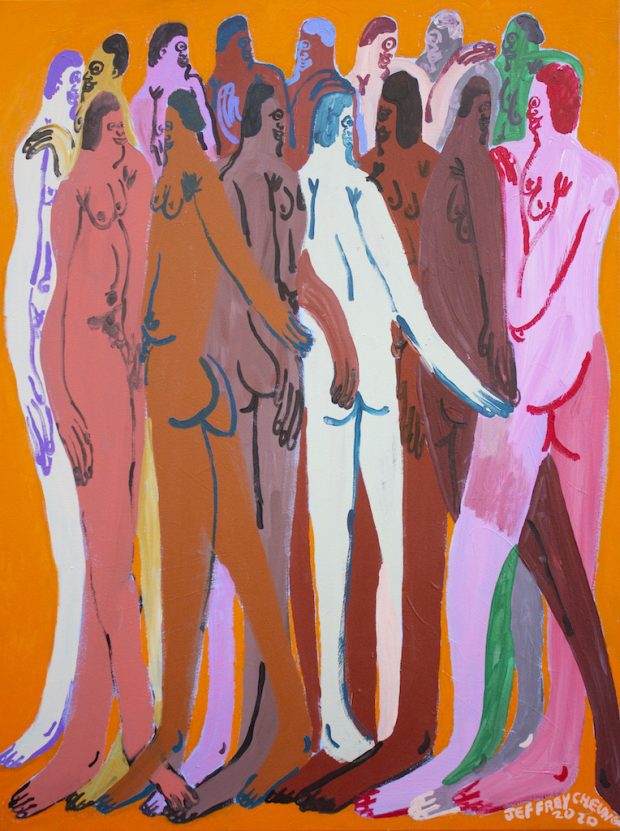 The Chinese-American artist currently lives and works in Oakland, California. He graduated from the University of California at Santa Cruz, and exhibits in Europe and the USA. Along with his visual works, Cheung is the co-founder of Unity Press and Unity Skateboarding, a queer skating collective. He also plays music in the two local punk bands Meat Market and Unity.

From 4th nMarch to 1st April.

This site uses Akismet to reduce spam. Learn how your comment data is processed.