These days, if you want to make an SUV stand out, you need to do something special. And no, not just a cool name and some flash styling accoutrements. For a car to grab your attention these days, it needs special traits of engineering and performance. Jeep has the market covered if you’re chasing an off-road SUV. Think Wrangler for your more hard-core adventurist, perhaps the petrol-powered Compass for life on the ‘black stuff’ and a Cherokee or Grand Cherokee for more space. 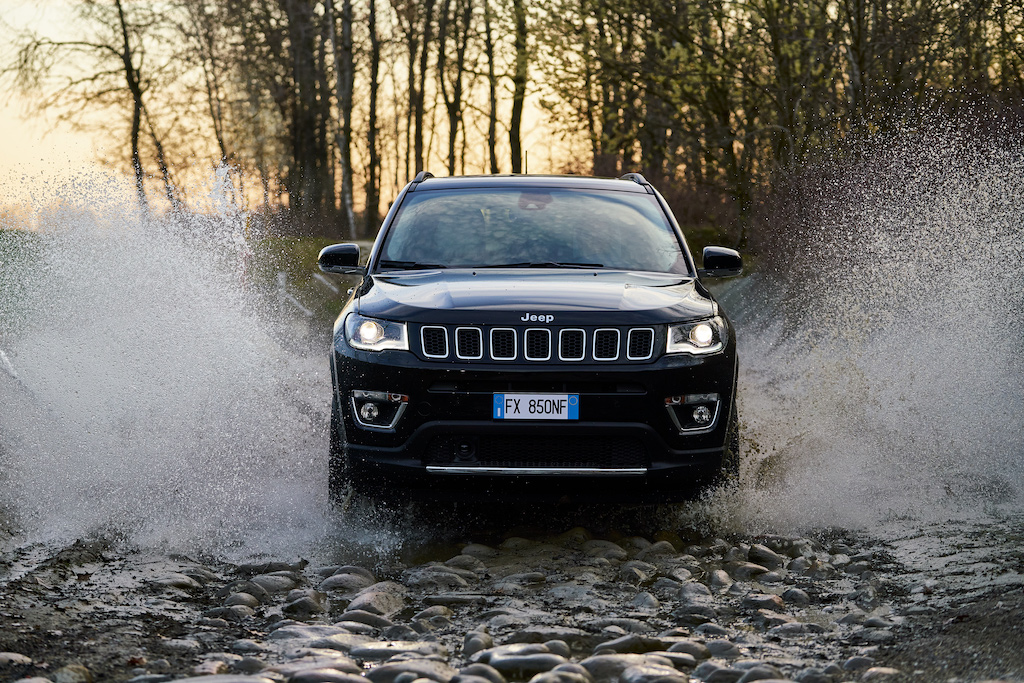 The look and feel can’t help but give the Trailhawk’s game away with its chunky off-road tyres, high ride height and red recovery hooks dominating the exterior appearance, and as you step inside the cabin the rubber floor mats remind you that it’s ready for muddy adventures. 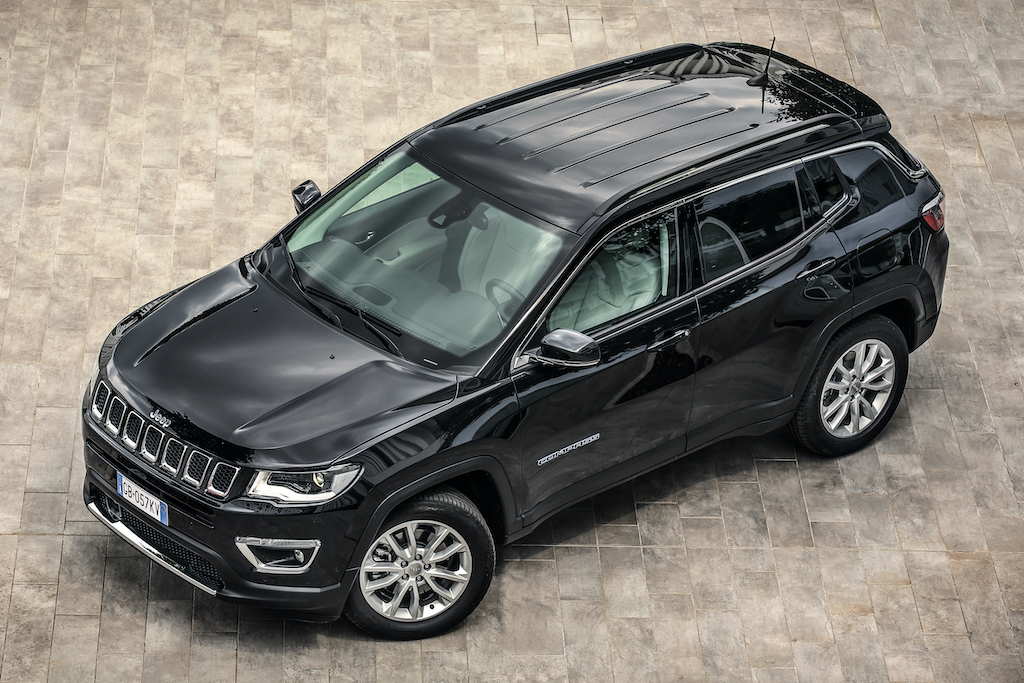 The second-generation Jeep Compass gained a more attractive, rugged look and improved build quality over its predecessor, along with a gutsy turbo-diesel engine in the 4WD Compass Trailhawk that offers genuine off-road capability.

A five-door SUV is the only body style. The most affordable Compasses, the Night Eagle, drives only its front wheels, but the Limited, Limited S and Trailhawk drives all four wheels. 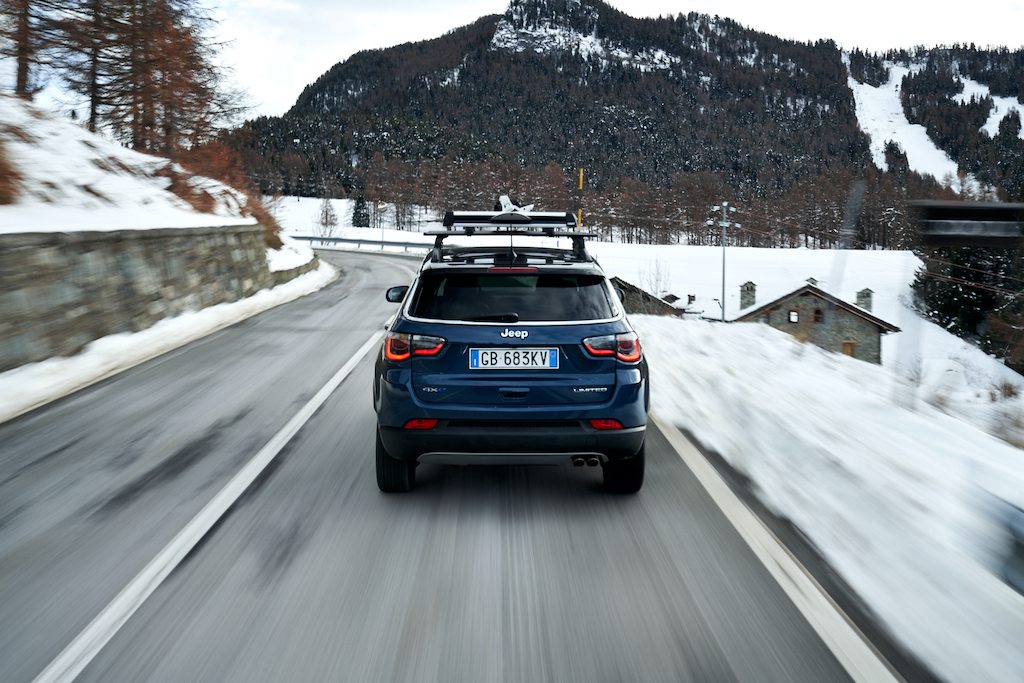 The face features a set of smart, sleek HID Projector headlights. The LED Daytime Running Lights are bright even under the bright sun. The honeycomb grille is flanked by the signature seven slats that is more synonymous with Jeep than the ’Jeep’ logo itself. The foglamp housing makes a place for itself on either end of the bumper, and the turn indicator lights are integrated here as well. The bottom plastic cladding steeply rakes upwards in the Trailhawk trim, thus giving the Compass an excellent approach angle of 30 degrees. We have seen other automakers designing similar-styled bumpers on their models, but none of them have managed to make it look as good as Jeep has. 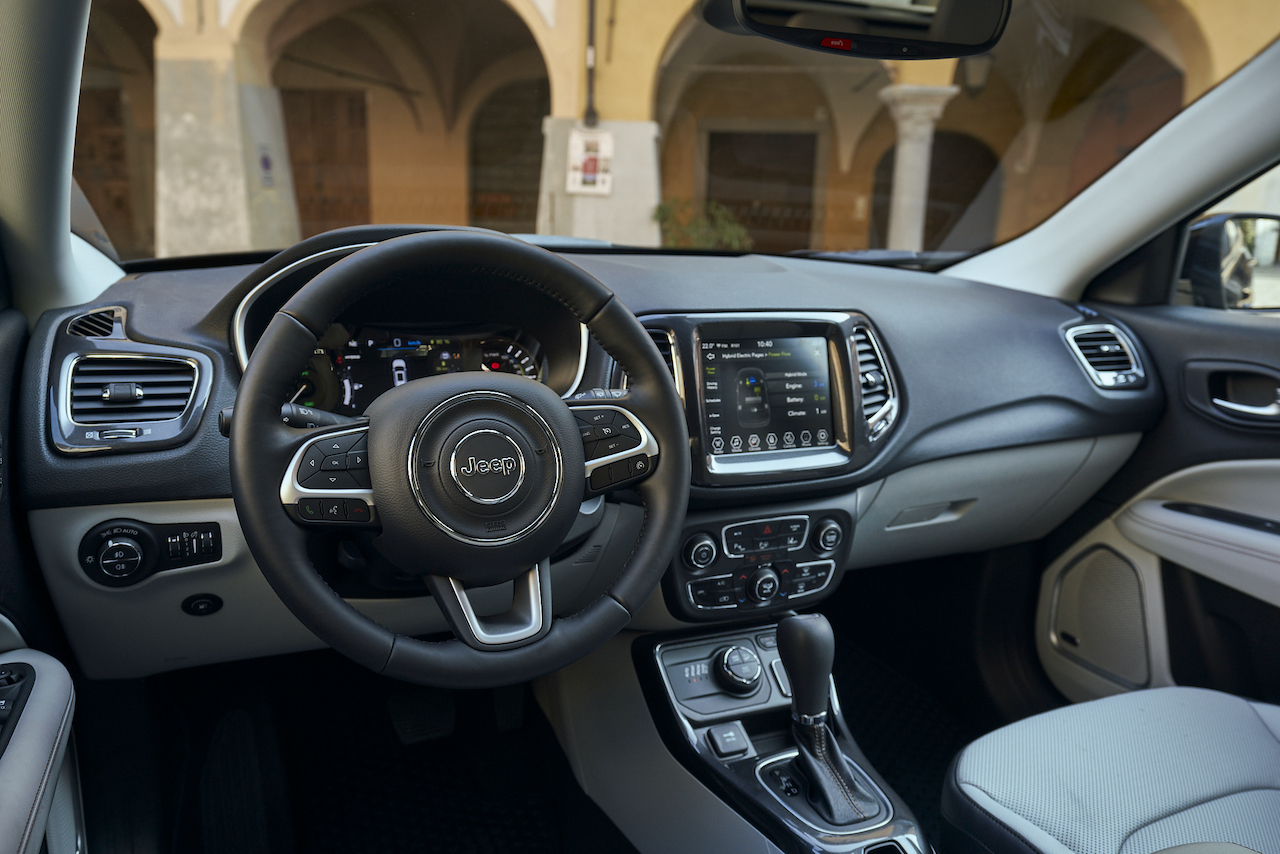 The interior is functional and practical without being a standout. The multifunction display in front of the driver has some good information readouts like speed, volts… There’s good-average space. The front seats are just perfect. The second row is decent, with enough room for adults, provided the front row isn’t taking up too much space. There are air vents and a USB power outlet, along with ISOFIX and top tether points.

There is also Jeep’s Uconnect 8.4-inch touchscreen for rear-view camera and infotainment system with satellite navigation, while the Trailhawk has picked up remote proximity keyless entry as well as leather-appointed seats with electric adjustment (and position memory) for the driver’s position, and lumbar adjustment on both front seats.

It’s comfortable, has Apple CarPlay and Android Auto among its standard kit including voice control for the audio system, and at least six speakers. It even has self-park! The boot (438L) is useable and plenty for weekends away. 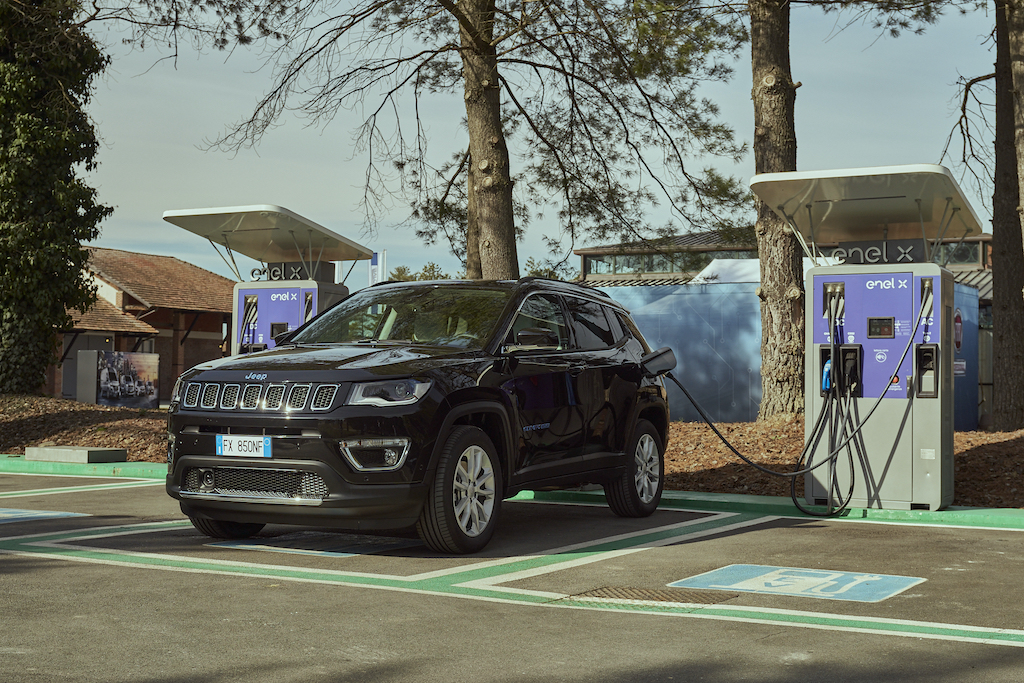 Let’s talk about the most important aspect that sets the Compass PHEV apart from the standard Compass. It’s a little weird that a Jeep can be called environment-friendly, but it’s good to see the automaker make a move to reduce its carbon footprint. As the name suggests, it is a plug-in hybrid vehicle that is a lot more nature-friendly than the pure combustion Compass.

The Compass PHEV is powered by a 1.3-liter, four-cylinder turbocharged gasoline engine paired to an electric motor. 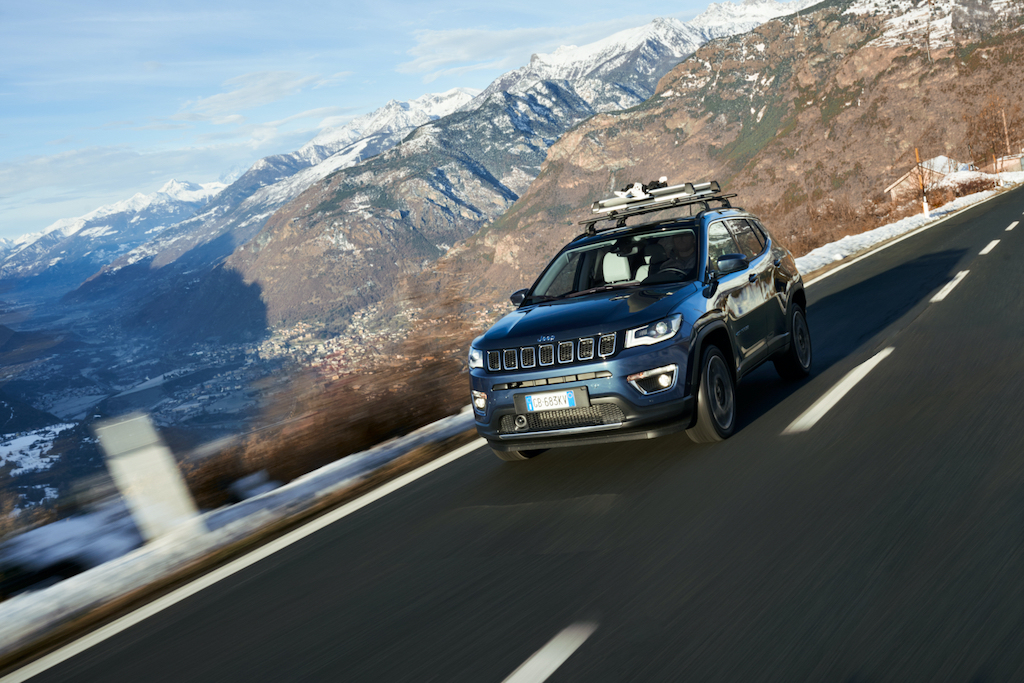 The combustion engine powers the front axle whereas the electric motor drives the rear wheels, thus, making this an all-wheel drive SUV. It produces a combined output of 240 horses, which propels the SUV to sprint to 100 km/h  from a standstill in roughly seven seconds.

The ride is good. It’s comfortable, quiet and zips along the highway no problem at all. The Compass holds the road well, feels balanced and easy to handle on flowing country roads.

And as it turns out, the Compass Trailhawk is actually quite good off-road. In a strange kind of sense. 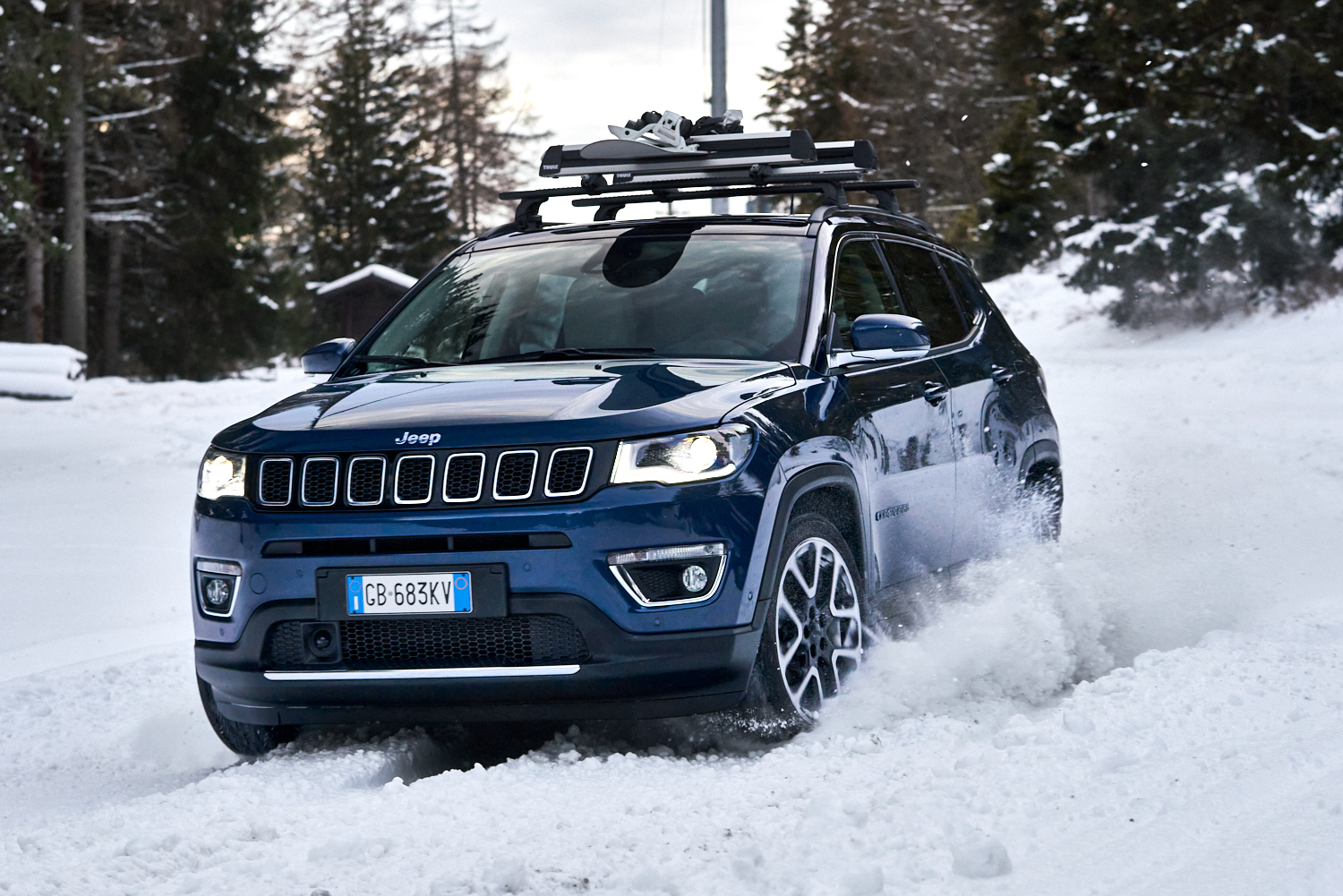 There’s also a 4WD Low button, but there is no low-range. Instead, it has a nine-speed automatic gearbox with a low-ish first gear ratio. Like a Volkswagen Amarok, it gives a sense of low gearing through the torque converter, and for an occasional off-roader it’s fine.

It’s definitely unique in terms of the off-road ability that Jeep has engineered into an otherwise easy to live with small-to-medium SUV. The turning circle, at 10.78m, is quite suitable for town driving. 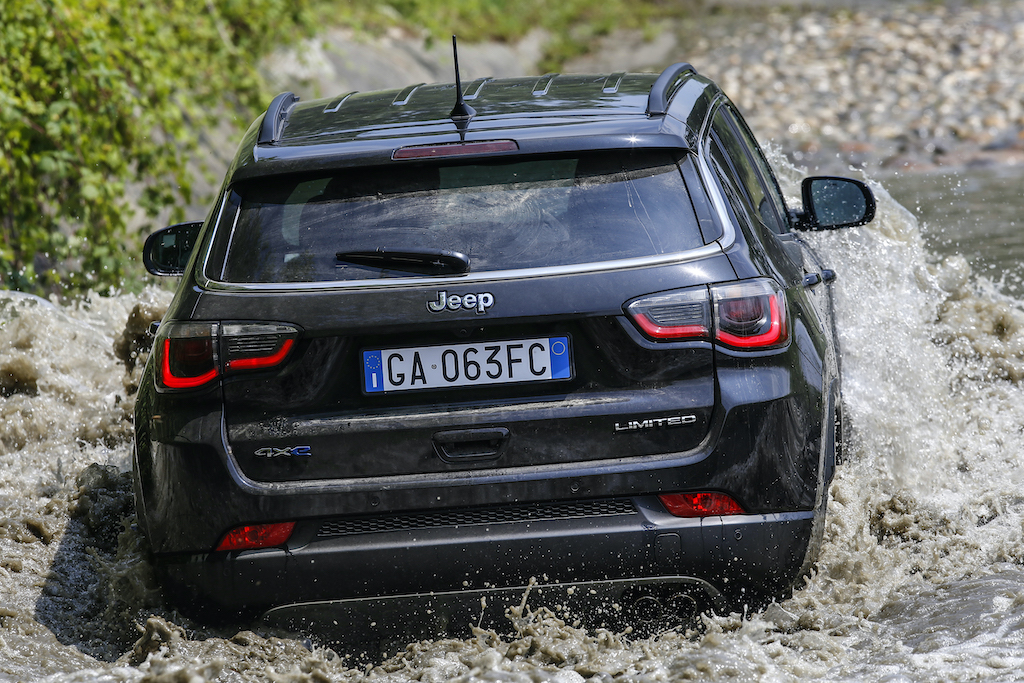 For a small SUV, the Trailhawk does a good job of being nimble and easy to live with, along with providing a useable interior for people and gear alike.  It is very practical, off-road capabilities aside, the convenience of the all-weather floor mats springing to mind when picking up the kids after footy training or a trip to the beach. It doesn’t give anything away in day-to-day comfort either, with now industry-standard mod-cons available.

In saying all of this, the Compass is still unique in its mixed offering. And for some buyers, it will nicely fill a niche of weekday ease and weekend adventure.