The CLA 240e Shooting break is the estate version of the coupe-style saloon version of Mercedes-Benz’s family hatchback, the A-Class. 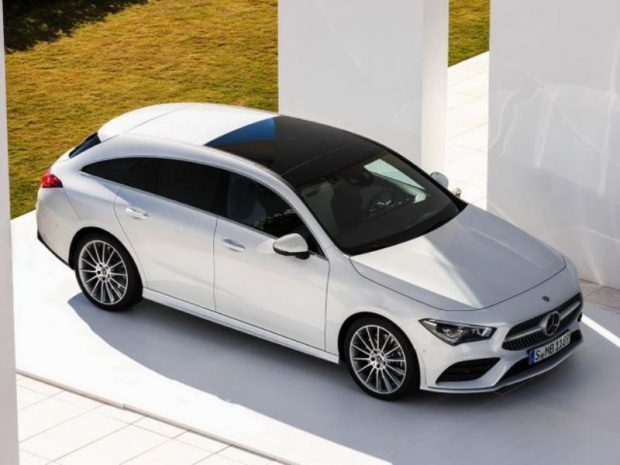 It complements the A-Class the way a CLS does the E-Class, the CLA being for people who are prepared to sacrifice a bit of practicality in the name of style. Style that, in this case, comes from four pillarless doors and a swept-back, coupe-like roofline. 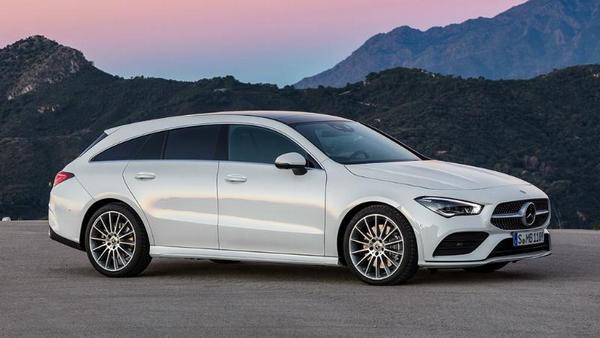 And the last version is even better looking than the previous one: Less nose-heavy. And not as fussy. Mercedes realised it was adding too many lines, creases and swooshes to its bodywork, and it’s deleted them on the new CLA. Course, you still get a ‘floating’ front splitter, big bonnet power domes, and massive fake exhaust trims, but that’s nit-picking – this is a better-proportioned. And a smidge larger, too. 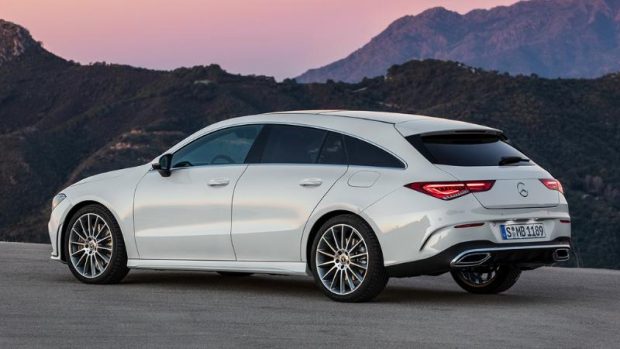 And this car is a much better looking car in real life than it is in pics. We might even prefer it to the CLS – it’s just better proportioned. And all jokes aside, you can actually fit people in the back. Just about.

The new CLA is 48mm longer than the old one. Doesn’t sound like much, but all of that growth spurt has been injected between the wheels, to unlocks more cabin space. It’s roomier in the back and the boot’s a tad bigger too. But it’s the wider tailgate that’s a much more useful practicality boost. 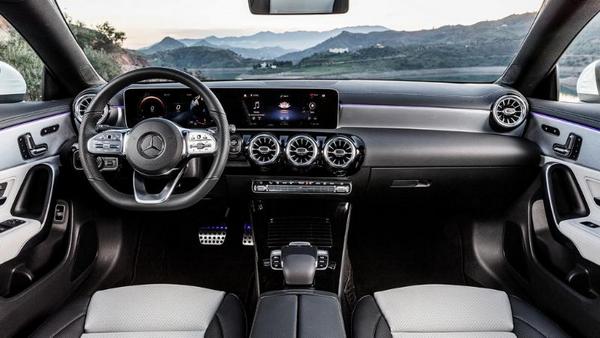 The interior of the CLA offers a serious wow factor, especially if you specify it with dual 10.3in screens (as standard, the infotainment screen is that size, but instrumentation is displayed on a 7.0in monitor).

Everything feels a bit intimidating at first, but once your fingers learn the system, your brain gets to grips with the ‘MBUX’ infotainment and you figure out how want you want it to look/behave (for it’s very customisable), it’s all good. Good graphics, good functionality and enough processing power for swift and smooth operation, whatever the input. 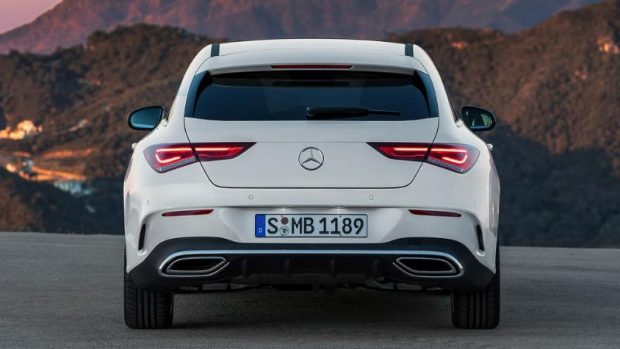 The only way to control the driver’s screen is with a thumb-operated touchpad on the steering wheel, but with the centre screen you have a choice – the second of the wheel’s two touchpads, by touching the screen itself or with a trackpad on the centre console. The latter is our favourite. Lexus, take note: this is how you do trackpads.

Voice control is the system’s party piece – say “Hey Mercedes” followed by a command, and its maker says MBUX ought to be able to decipher and answer pretty much any car based query. Not quite true, but as far as these systems go it’s pretty good. It’s especially adept at changing radio stations, changing the colour of the ambient lighting and entering sat nav destinations. 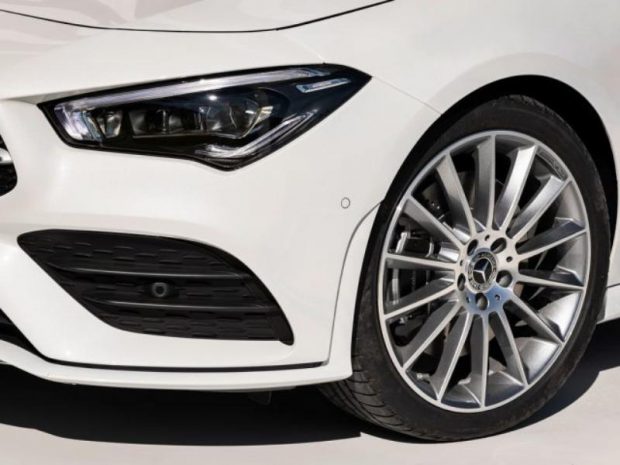 It helps that the graphics are lemon-sharp. And usability is similarly impressive, because the various menus are logically laid out, and you can choose between pressing the onscreen icons, scrolling with responsive touchpads or issuing voice commands to a system that recognises natural speech instead of requiring you to remember specific phrases. 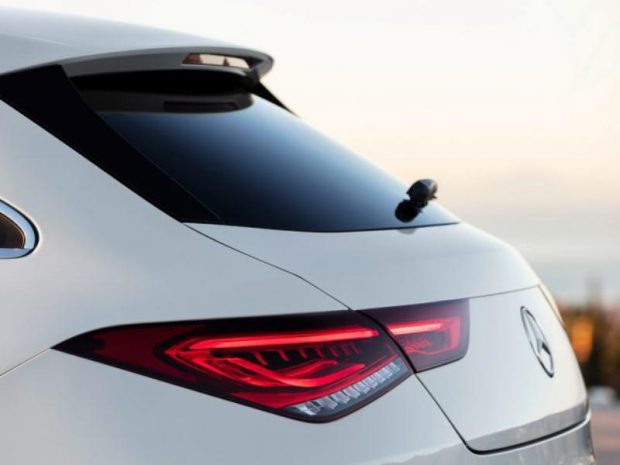 The CLA also provides wireless phone charging, via a handy tray located in front of the main infotainment touchpad. Similarly cutting-edge is Mercedes’ standardisation on USB ‘C’ sockets, the drawback being that you’ll probably need to buy an adaptor before you can plug in most of your devices.

More positively, whether you’re tall or short, it won’t be too tricky to find a driving position that works for you, thanks to a wide range of adjustment for the steering wheel and seat, and good under-thigh support.

Despite the coupé-like roofline, there’s plenty of head room up front. Sadly, the news isn’t so good in the back; yes, leg room is plentiful, but your bonce will be rubbing against the headlining if you’re too tall.

The door pockets in the front of the car are big enough to hold a small bottle of water and a selection of travel snacks, while the cubby beneath the central armrest is large. 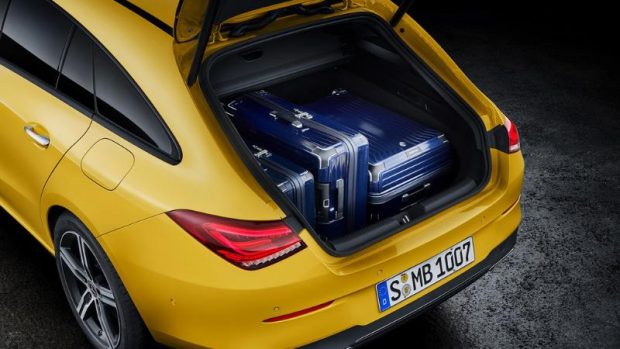 There are many CLAs to choose from. Things start with the 180 and 200, which both use a 1.3-litre four-cylinder turbo petrol with cylinder shut-off for better fuel economy. The former has 134bhp, and the latter 161bhp. 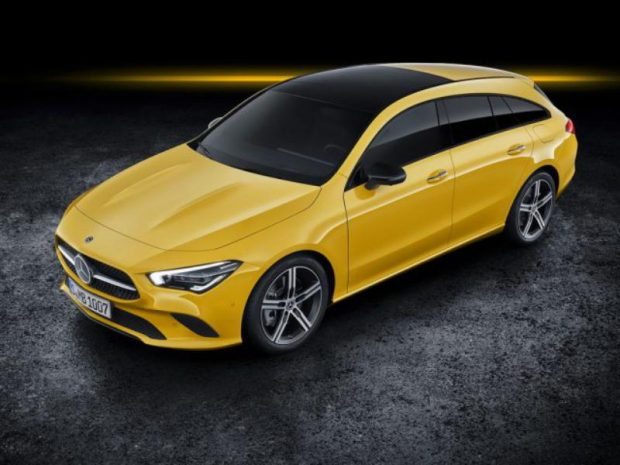 The 187bhp CLA 220 and 221bhp 250, which both get a new 2.0-litre four-cylinder turbo petrol, use this gearbox too. Of these two I tried the 250 – the most powerful, fastest CLA until the AMG 35 arrives. It doesn’t feel as quick as the numbers would have you believe, but generally it’s a smooth, refined thing.

The CLA is quiet on the motorway, with minimal wind noise, though bigger wheels and tyres add road roar. 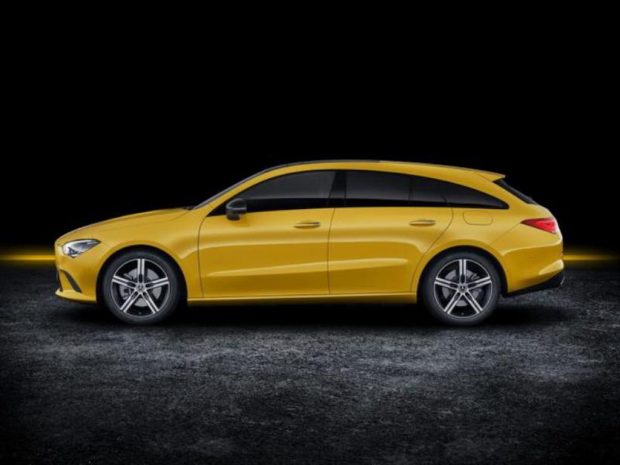 The CLA is a popular car and you can see why. The CLA 250e Shooting Break definitely ups the game in the plug-in world and shows off the progress Mercedes has made over the past few years. Apart from the badges and two fuel filler caps, you can’t distinguish this hybrid. The integration of the EQ-system is done well, resulting in hardly noticing anything while driving. Besides that, the Shooting Brake adds that bit of practicality over the CLA coupe. Moreover the re-designed rear end improves the looks, it you ask me. If you’re considering the CLA in any form, don’t hesitate to shortlist the CLA 250 e Shooting Break!