In its first-generation form, the M-Class – as it was formerly known – was shown to the public as far back as 1996, when the BMW X5 was still only a designer’s sketch and before either the Audi Q7 or Range Rover Sport had even been thought of. Over three and a bit model cycles, and after a mid-life nomenclature change intended to better identify the car as Mercedes’ middle-sized luxury 4×4, the GLE has become one of the brand’s best-selling SUVs, rivalling and even out-selling the smaller and more affordable GLC at times over the past decade. 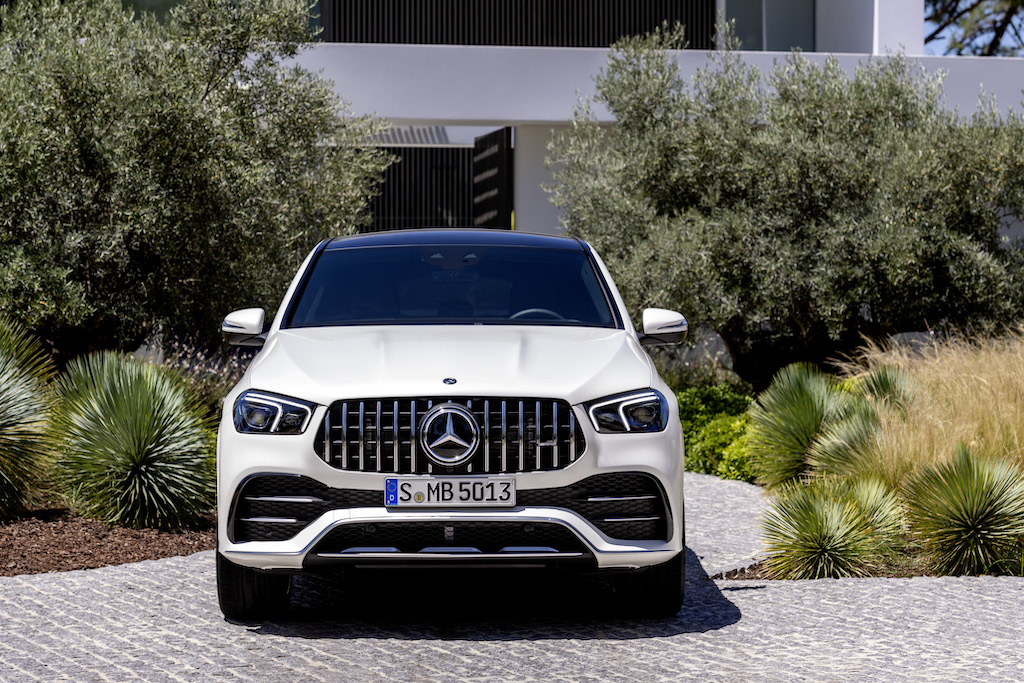 And that’s before you’ve even made it far enough down the price list to take in the Affalterbach-tuned AMG performance versions – which brings us to this week’s test subject. The lesser – and cheaper – of two Mercedes-AMG GLE derivatives, the new GLE 53 4Matic+ is a performance SUV in a particularly modern mould. Read on to discover if it has both the makings and the execution to be the high point in a complicated model range.

As is the case with practically all of Mercedes’ models, the GLE is available with an exceptionally broad spread of powertrains. The four-cylinder diesel 300d represents the entry-level offering, although there are six-cylinder diesels, a diesel plug-in hybrid and a couple of six-cylinder petrols to choose from, too. 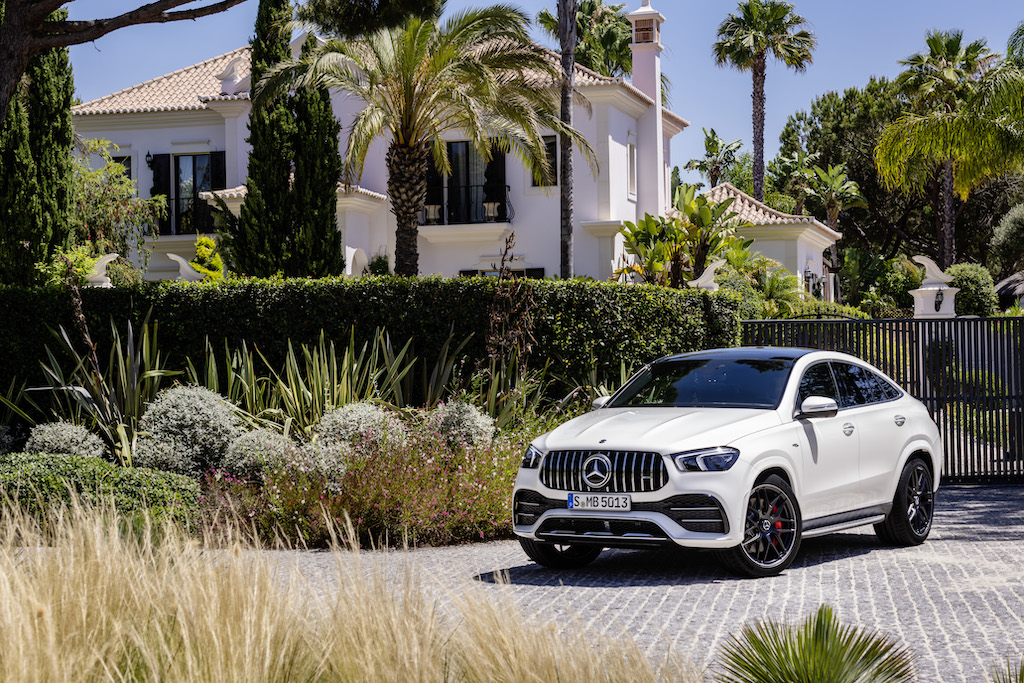 The Mercedes-AMG GLE 53 is a high-performance version of the luxurious GLE SUV that comes with a more powerful engine and a few visual upgrades to help you tell it apart from the standard car. The Mercedes-AMG GLE 53 is the middle ground of the AMG division in many ways. Want an SUV that’s not small, but not too big either? A powerful engine, but not outrageously so? The GLE 53 SUV hits the sweet spot. 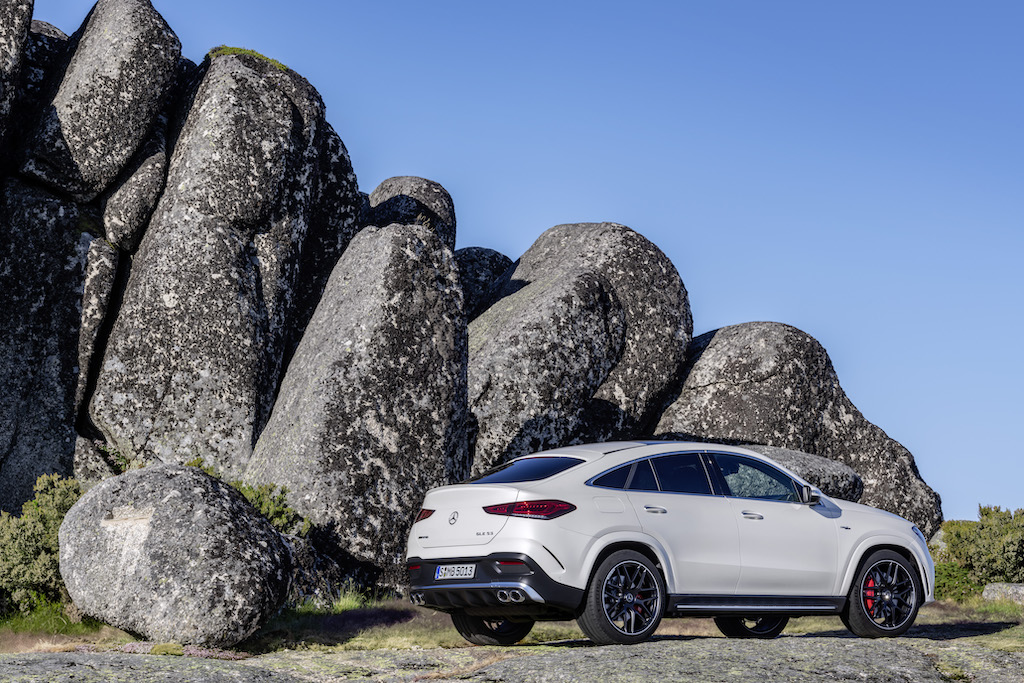 For instance, you get a remodelled bumper with a more aggressive AMG GT-style grille, 22-inch alloy wheels and four large exhaust tips peeking out beneath a sportier rear bumper with contrasting black and silver inserts. However, Adaptive Highbeam Assist, previously optional as part of the Exterior Lighting Package, is now a standard fitment. Cirrus Silver is added to the exterior paint palette.Mercedes’s latest cabin architecture is easily one of the most tech-laden about, and that’s certainly noticeable when it comes to the GLE’s screen-heavy interior. Despite being dominated by displays, the GLE has a solid feel to it and the satin-silver finish applied to many dials and switches help to lighten an otherwise quite dark place to be. 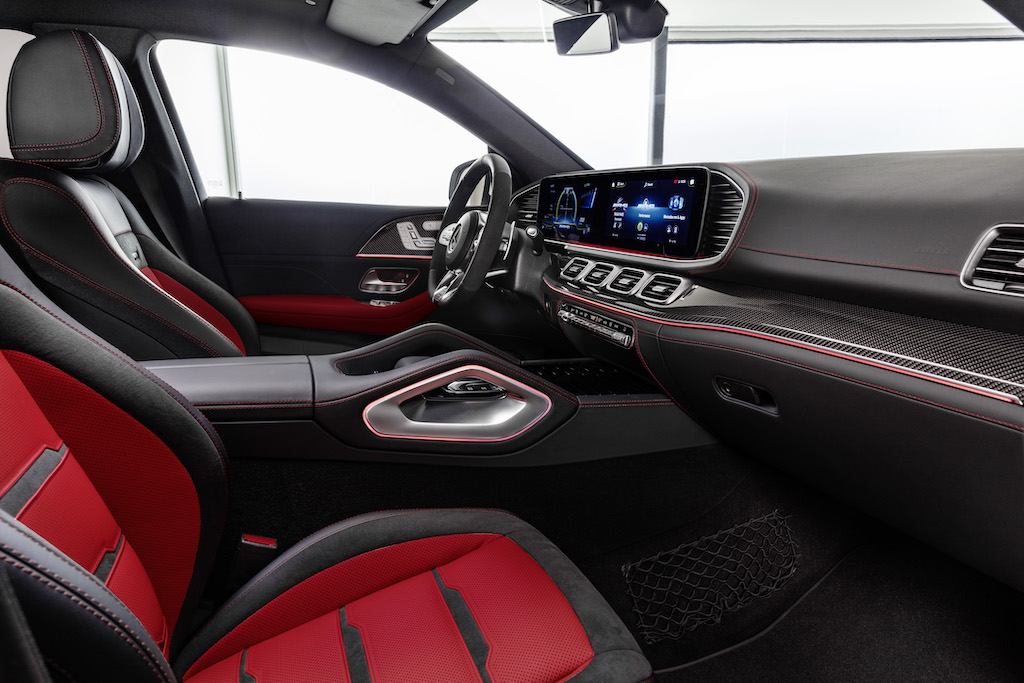 The driver screen is excellent. You can tailor the displays to showcase a variety of functions or, as we found, place it in a stripped-back, darkened mode which really helps when driving at night sitting in middle seats are well catered for in terms of head- and legroom, while controls for the heating and ventilation located in front of the middle road allow those in the back to get the temperature just as they’d like. The boot space while with the second row in place remains a decent 630 litres. 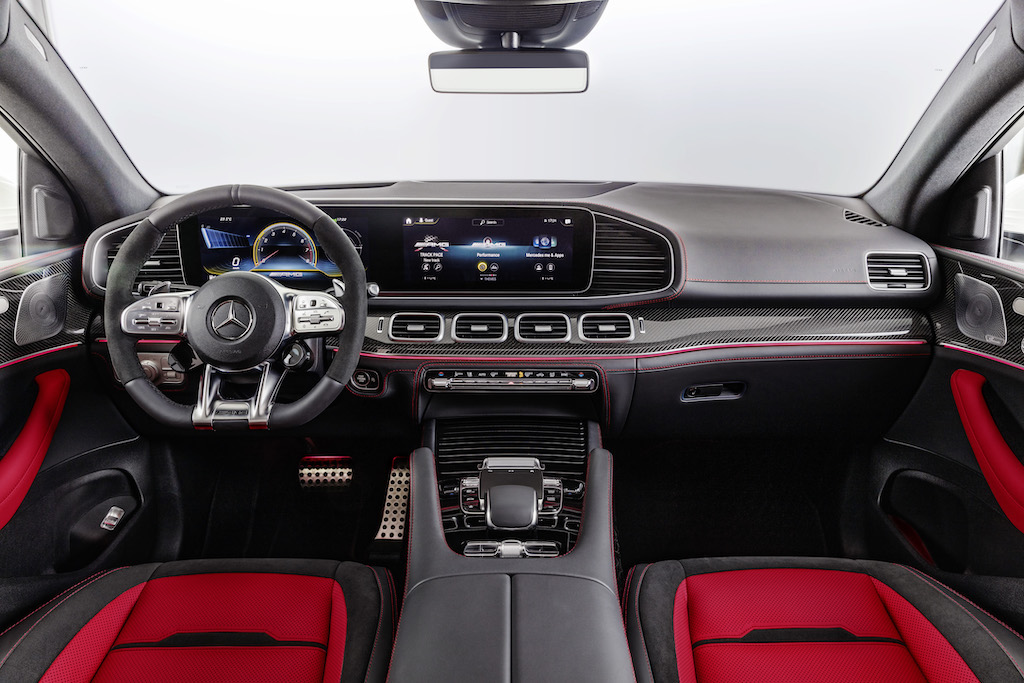 This power is sent to all four wheels through a nine-speed automatic gearbox that’ll blast the AMG GLE 53 from 0/100km/h in less than 5.3 seconds. Though ‘53’ might lead you to believe that there’s some 5.3-litre leviathan under the bonnet, the GLE makes do with a far more conventional powertrain. It sees a 3.0-litre turbocharged petrol unit sending 435hp and 520Nm of torque to all four wheels via, as we mentioned, a nine-speed automatic gearbox. Its performance figures are more than respectable.

Mercedes claims 30.4mpg and 212g/km CO2 though during our time with the car, we were struggling to break beyond the high 20s. 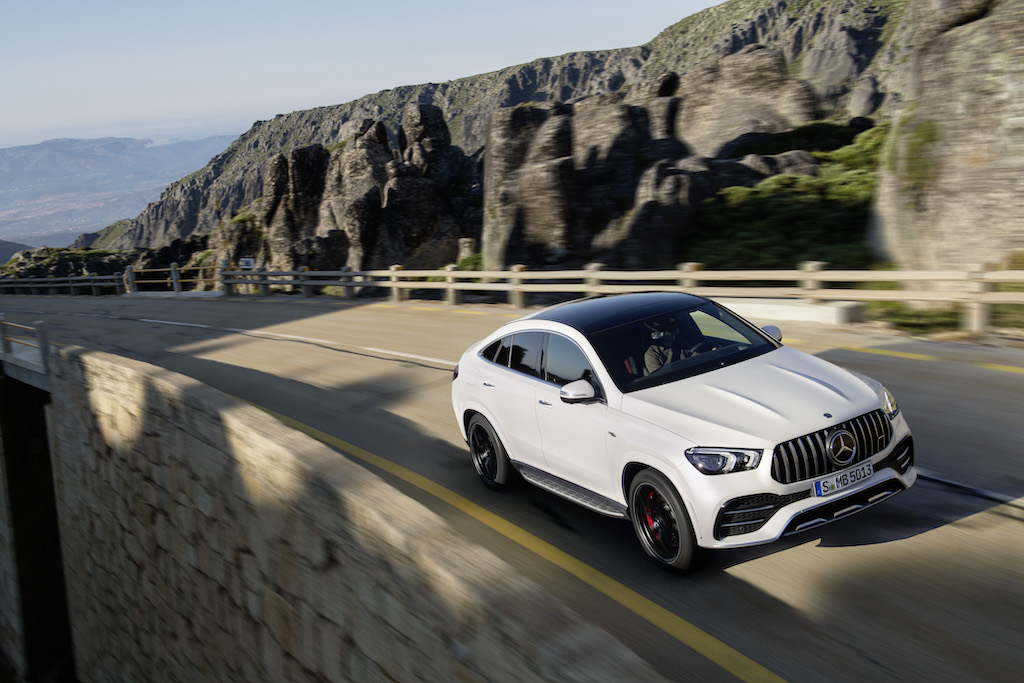 The Mercedes-AMG GLE 53 makes its performance roots known from the off. Start the engine up and there’s a rasping, metallic growl from the exhaust which, at times, feels somewhat stylised. Move off and the gears shift smoothly and in comfort – with the dampers at their softest – it even rides pleasantly too. The steering is one of the stand-out aspects of the whole affair, as it’s well-weighted and direct. it’s that engine which comes out head and shoulders above the rest. It’s beautifully smooth and keen to rev. You can, of course, take control of the gears too via the steering wheel-mounted paddles, but the nine-speed gearbox is responsive and quick-witted when left to its own devices. 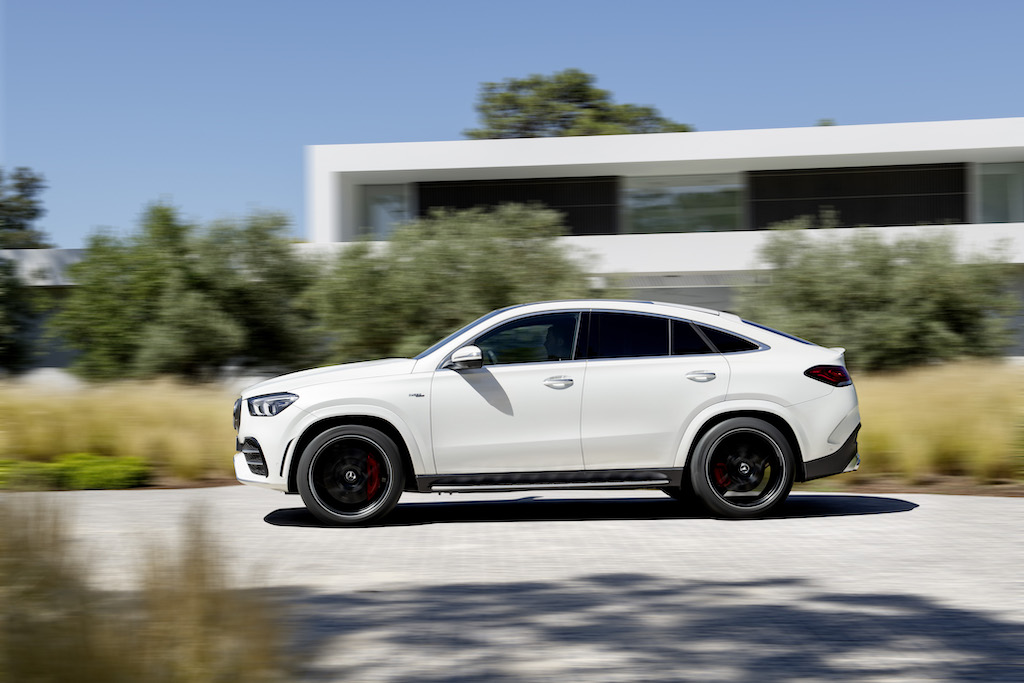 The Mercedes-AMG GLE 53 Coupé feels like a near-ideal balance between performance and everyday useability. It’s good to drive, good to look at and practical too, while the engine’s smooth and free-revving nature is likely to appeal to anyone who gets behind the wheel.

Though it might not have the raucous character of the full-fat GLE 63, that’s not what this car is about. Plus, when you add in the wealth of standard equipment – not to mention the increase in performance – that this AMG version brings over the regular GLE, then it starts to make a good deal of sense.