The latest single from D3lta is Hey You.

Born and raised in Greece, D3lta first explored music on the piano, starting his classical training aged 5 before picking up a guitar aged 12 to experiment with the grunge and punk music that fuelled his creativity during his teens.

Having performed in various bands throughout high school in Athens, he fully immersed himself in London’s underground music scene whilst studying engineering there.

Upon his return to Greece after his studies, D3lta formed his own band, Black and Blue, before going solo in 2018.

“I always try to follow the song and where it wants to take me rather than imposing a certain structure or sound…” explains D3lta, reflecting on his songwriting process. “For the time being the most common element in terms of the sound, is that the production is based on live performances of people playing in a room together – which is unique apparently – and the very warm vibe that this creates.”

On the single Hey You, D3lta’s lyrics explore the struggle of losing someone from your life who you used to look up to. Hey You is about believing that the person you had admired is still there, deep down, but needing to find a way to reach out and reconnect with the person you used to know.

The video for the track dances between D3lta’s past and future with his younger and older selves performing to each other. The child dreams of his future while the adult advises the child and has broken free from any restraints that may have previously held him back.

“When I was young and had only just started to play the guitar or the piano, I would often sit in my room at night, open the lights of my bedroom so that it was reflected by the window and imagine that I was in an arena performing in front of thousands of people…” recalls D3lta.

D3lta describes Hey You as the next step of his metamorphosis – from a boy, to a man, and now to a man who is liberated from any labels of genre or identity. He finally feels free to express his true and authentic self.

Listen to Hey You on Spotify 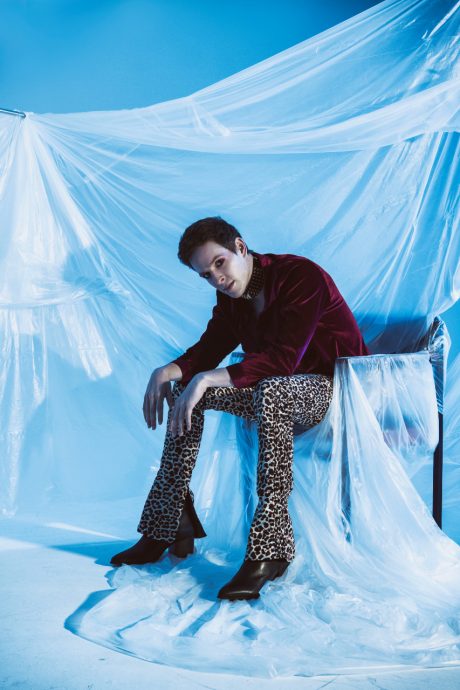