With its SUV-like looks and sofa-like comfort, comparing the new C4 with the old, forgettable one is like comparing the funky-looking headline dish at your local French bistro with a plate of past-it lettuce. Citroen has made a bold return to the family car market with a funky coupe crossover-style hatchback. But this new Citroën C4 is rather tricky to define. While most cars fit neatly into a box and it’s obvious which rival models they’ve been designed to steal sales from, that’s not the case here. 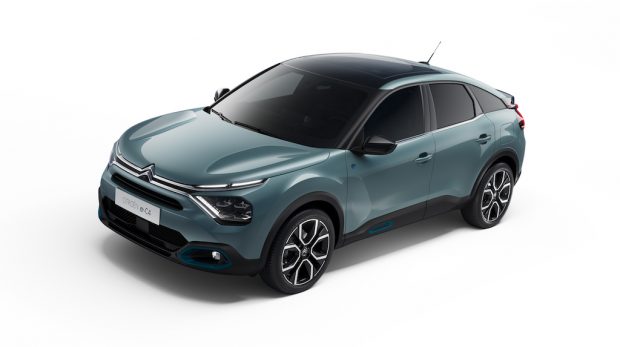 The C4 may be about the same size as family hatchbacks such as the Volkswagen Golf, but its pumped-up wheel arches and high seating are more SUV-like, and the curved roofline is pure coupé. So, it must be the latest car to enter the burgeoning coupé SUV class, right?

The exterior styling makes the previous car seem more outdated than a fax machine, with a strong combination of coupe-hatch svelteness with SUV-like presence.

There’s a new set of LED lights that have a different look to previous Citroens – it’s sharper and bolder than before. It also has a much more sporty shape than other Citroens, which tend to have a softer, more rounded look. 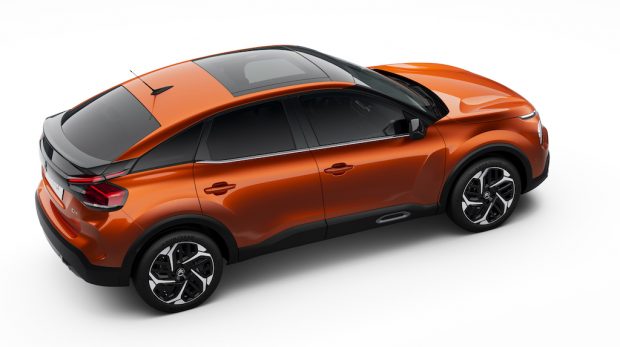 The Citroen C4’s interior isn’t as unusual as the one in the old Citroen C4 Cactus, but it’s probably the highest quality cabin you’ve ever seen from the French brand. There’s plenty of soft-touch materials and a general feeling of solidity that was rarely found in Citroens of old.

The C4 has physical knobs and buttons for controlling its air conditioning, which makes it much easier to adjust the temperature on the move than if Citroën had placed them on a touchscreen menu. Unless you go for the cheapest trim, you get a head-up display that projects your speed into your line of sight. 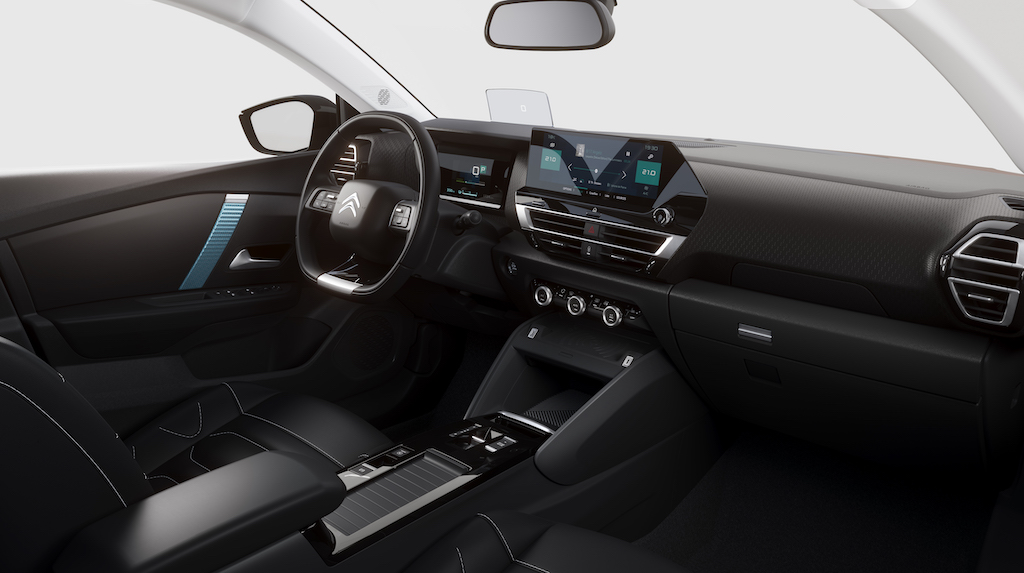 The C4’s thick windscreen pillars can cause problems at junctions. As with most cars with swooping, coupé-like rooflines, the view out of the rear window gives you a good idea of what it must be like to be trapped inside a post box!

Entry-level Sense models get rear parking sensors to help mitigate that, but we’d climb up to the second rung on the trim ladder – Sense Plus – because it adds a rear-view camera.

The Citroën C4 isn’t especially spacious up front and it certainly doesn’t feel as roomy as the interior dimension figures would suggest. 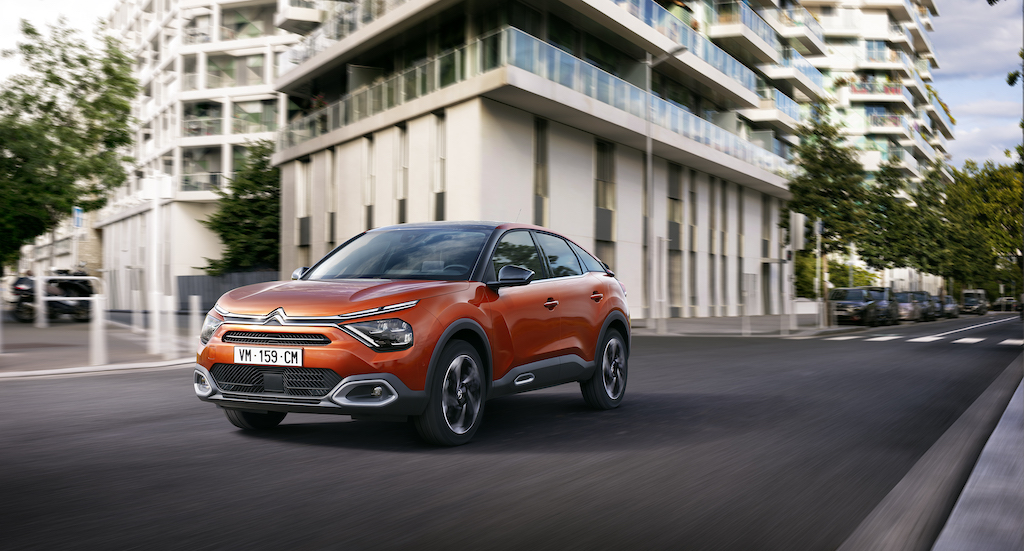 There are some thoughtful storage touches, including a dedicated area for your smartphone and a tray that slides out of the passenger’s side of the dashboard to which you can clip a tablet.

Every version of the Citroen C4 comes with a fairly large and clear 10-inch touchscreen infotainment system. Entry level cars don’t get sat-nav, but all feature the full roster of smartphone connectivity via Android Auto or Apple CarPlay so you can use your phone’s navigation app easily. Thegraphics are decent, enough, too.

All versions get a clear and attractive (but not very configurable) digital drivers display in place of analogue dials, too. A handy feature is a head-up display that flips up from the binnacle on start-up. It’s not the most sophisticated, but it’s impressive this is standard on all but entry-level trim.

You sit lower down in the Citroën C4 than in most SUVs, but higher than in conventional hatchbacks .  Second-row comfort mirrors that of the front seats, with plush seating again accented by some nifty patterned contrast stitching. There’s a decent amount of space back there, certainly in terms of leg and knee, although it does start to run out of space a little up top, the C4’s sloping roof line impacting on headroom.

There are air vents back there to keep things nice and cosy, while a single USB-A point keeps devices juiced up.

The boot can swallow 380L up to the parcel shelf with the back seats in play for passengers. That’s on par for the segment. Stow away the second row and there’s 1250L available. A space-saver spare lives under the floor.

The C4 has plenty of choice when it comes to engines. Alongside the electric-only e-C4 model, there are three petrols and two diesel models.

Even the base petrol offers perfectly adequate pace, but the 130hp version would be our pick. It’s frugal, too, making the diesel a tad redundant unless you spend half your life on motorways.

The suspension set-up remains the same as in other combustion C4 models, which means it’s very soft by the standards of the class. In general, this is great; the C4 soaks up bumps well, and does a pretty good job of isolating the crashing noises of harsher jolts and potholes, too. Road rumble is also fairly well suppressed, even if a little wind noise disturbs the peace at speed.

However, the one downside of that soft suspension is exaggerated by the new engine’s extra shove. Accelerate hard – made easier by switching to Sport mode, which noticeably sharpens the throttle – and the C4’s nose pitches up.

Just like before, there’s also quite pronounced dive under braking and plenty of body roll through the corners, which encourages you to settle into the comfortable seat and employ a rather more relaxed driving style.

The coupe-like hatchback styling won’t suit everyone, but it’s hard to argue the C4 presents an interesting profile – one that is gaining its adherents if the proliferation of swooping-roofed SUVs is anything to go by.

The 2022 Citroen C4 isn’t a mainstream choice by any stretch, and that just might suit buyers who want to think outside the box.