The search giant’s London headquarters in Victoria covers three floors, but last week some of its 350 staff began using a revamped engineering floor – called L4 – that has to be one of the trendiest in the world. Google needs its engineers to come up with brilliant ideas, and to help them do that apparently a work environment like the Big Brother House will do the trick. Nelson Mattos, Google’s Vice President of Engineering, said: ‘We hire the brightest and best engineers in the UK and put them together in a highly creative, relaxed and exciting environment.’ 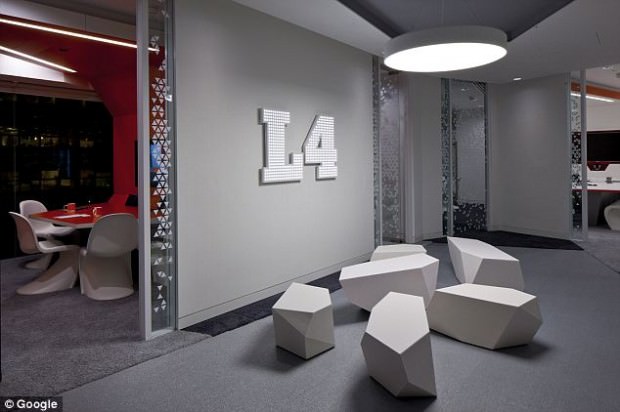 The workspace looks more like a playground than a place for thoughtful thinking. They definitely show that you don’t need to be all formal to produce something amazing.
Everything is open plan, giving the illusion that there is more space for ideas instead of being locked into your own cramped cubical. 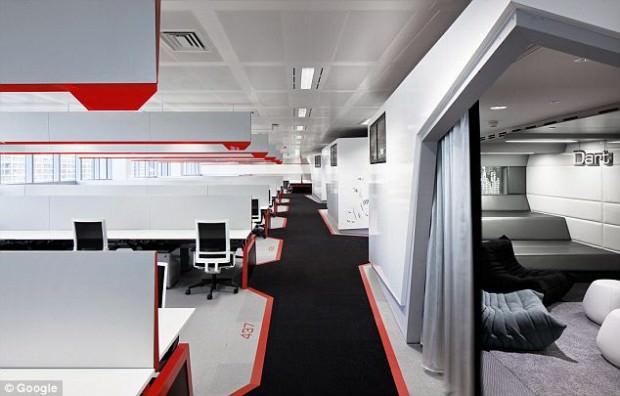 Meeting rooms feature strange angular sofas, the corridors look like the inside of the starship Enterprise and the workers can play pool and video games during their breaks. 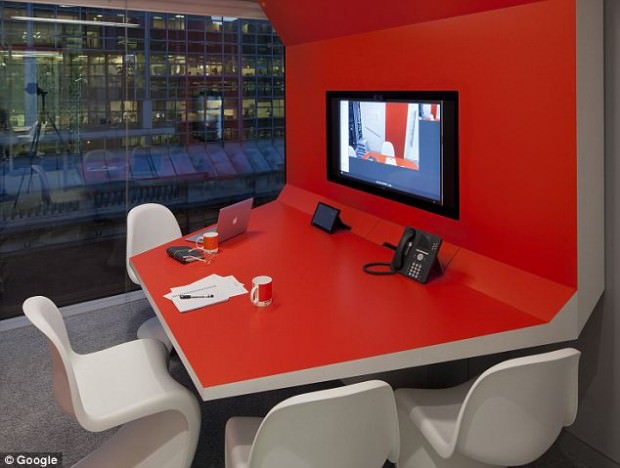 There is a ‘coffee lab’ serving 19 different blends and four free restaurants – including a tapas and sushi bar. Paying is never a distraction either, because it’s all free. 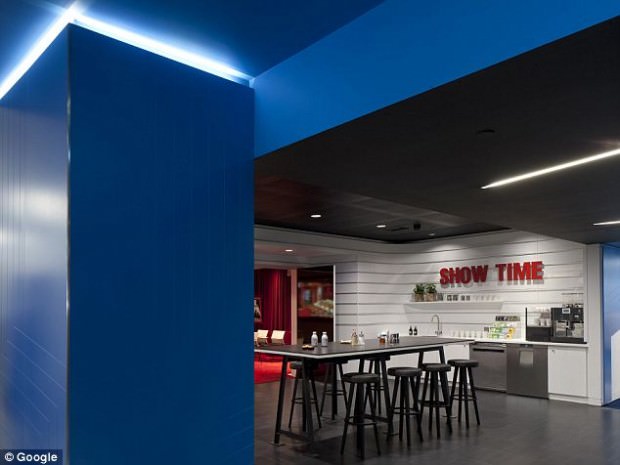 There’s also a gym, sound-proofed music room with drums and guitars and a games room with a pool table, video consoles and a giant Samsung TV. Ideas are obviously a key part of working for Google, and there’s never a shortage of space to write them down – some of the walls in the corridors are made up of huge white boards. 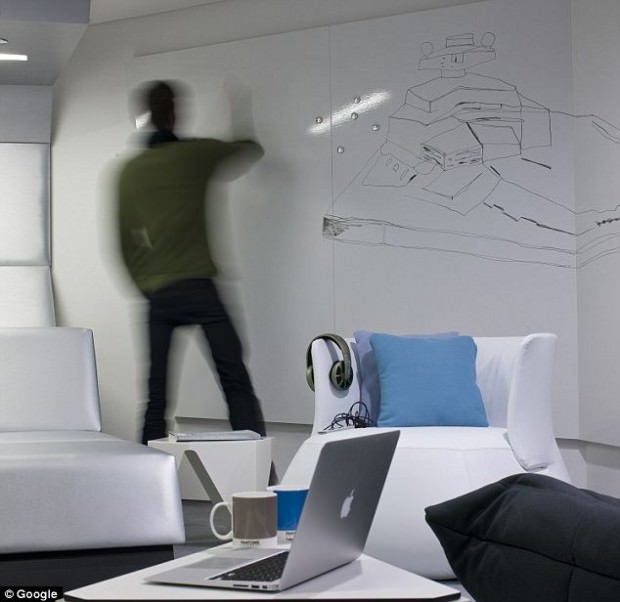 The Google office even features its own version of the Big Brother garden complete with deck chairs, carpet that resembles grass and a rowing boat.
Where do we hand in our application form? 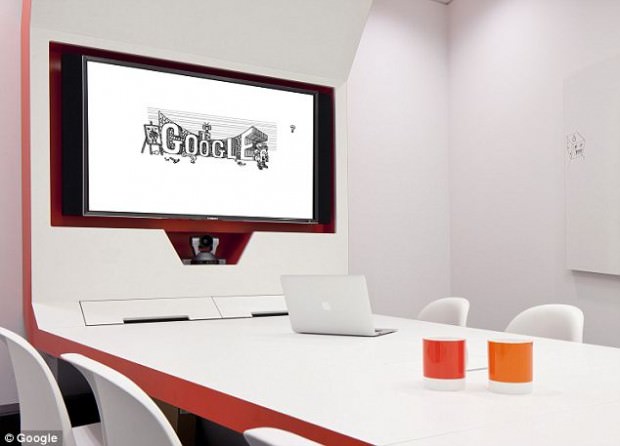