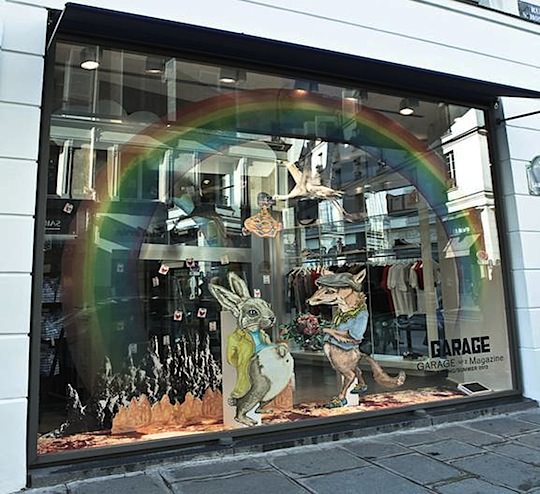 Garage Magazine teams up with Parisian shoping mecca Colette for a window display recreating the cover of the art magazine’s second issue. The mag’s cover art —a gay marriage between pregnant Harry The Hare and doting Frederic The Fox inspired by Yayoi Kusama’s “Homosexual Wedding”— has been recreated on one of the shop’s main windows. For their part, Garage is also offering shoppers limited edition artist condoms featuring work by Mat Collishaw and Sue Webster, Tim Noble and Keith Haring, free with every purchase. In Paris right now!