In summer ‘Trip in the Night’ is a waterfall. But by February ice has replaced the running water giving Stephane, a rough tough Swiss ice-climber, the notion to climb it together. This is no mean feat. Almost 200 metres of vertical or overhanging frozen water with dozens of ice stalactites bigger than a man, hanging like the sword of Damocles above your head whilst you climb. Equipment required: two ice axes, a pair of crampons, sixteen ice-screws, a rope and quite possibly a death wish. After trudging through the deep snow for about 45 minutes, observed by some bemused chamois, we arrive at the foot of the ice mass. Stephane starts to lead the climb. 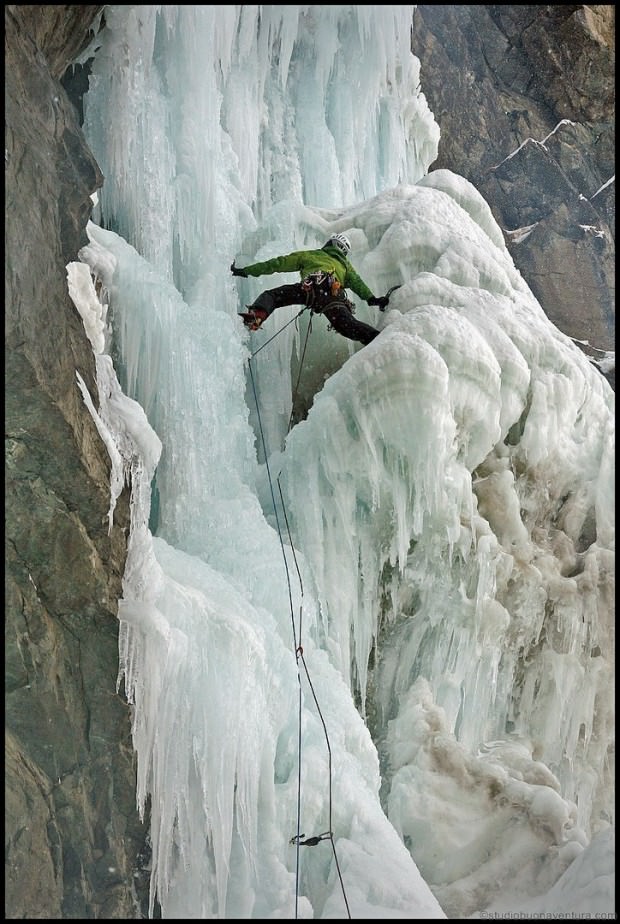 It might be stating the obvious, but ice climbing is completely different to rock climbing. You need to trust the front points of your crampons and of your ice axe. This is because all your weight will hang from these tiny metal points. So you’d better be sure to have a firm grip when you pierce the ice with your ice-axes and crampons. You also need to trust the ice, which is inherently much less reliable than granite or limestone. Just frozen water stuck onto rocks, sometimes you can even see running water trickling down behind the exterior layer of ice…This does not inspire confidence, since it could easily break and make you fall. But no stress, you are still attached to the rope: 9 millimeters diameter, it’s more than robust enough. The rope is secured on ice-screws – small metal things twisted and driven into frozen water. Relax, most of the time any fall itself is not as bad as the fear of falling. However it is possible that the ice-fall collapses completely, and this generally ends very badly for the climbers involved. 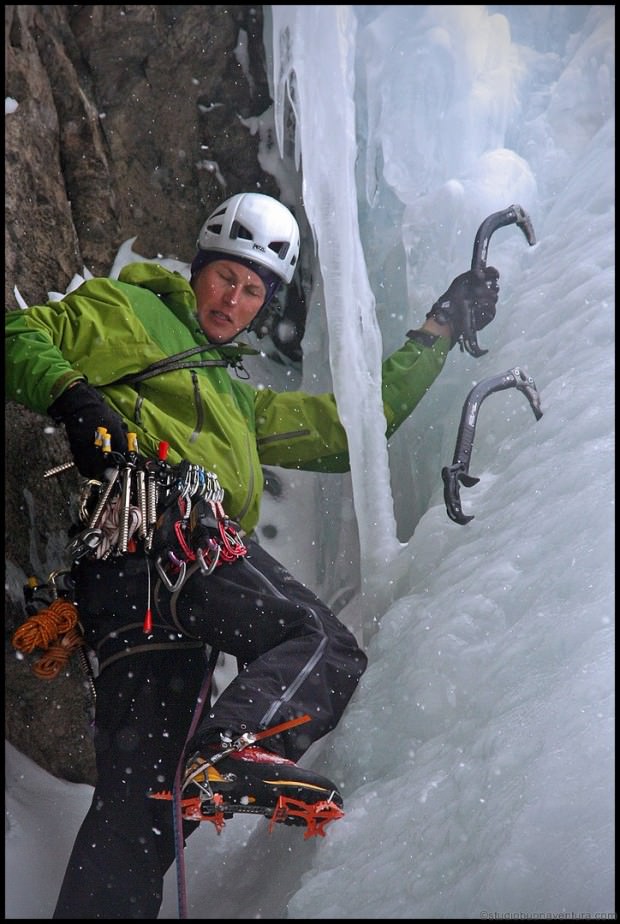 To enjoy ice climbing also means a perverse pleasure in being cold. Strangely enough, this activity is only possible in winter and almost always in the shade… Your hands are always touching the ice, which by definition is freezing cold. You can’t wear big warm gloves though, otherwise you won’t be able to use your tools to drive in the ice-screws which secure the rope. So you climb with frozen fingers. You can’t layer up like the Michelin man either, because this would limit your movements making it harder to climb. Not only will you sweat like a pig whilst you are climbing, but the perspiration will make you colder whilst you are belaying your partner (almost half the duration of the climb). Technically speaking, the very cold temperatures can make it harder to twist in the ice-screws, and paradoxically, the surface ice is more brittle and shatters more easily when hit by your ice-axe. This can send a shower of ice shards down on to the belayer’s head, provoking an unprintable response. But don’t worry, you are both wearing helmets. 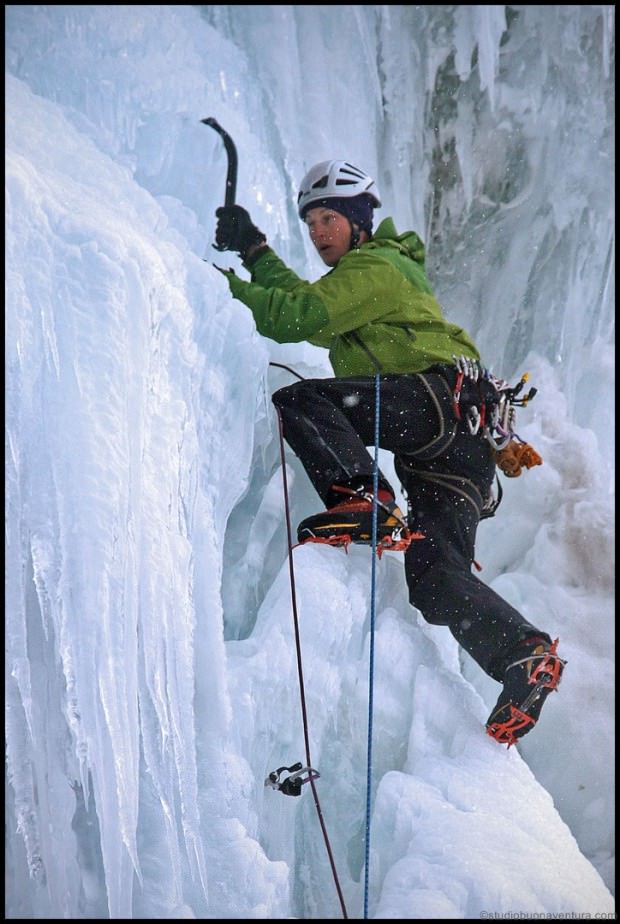 Unfortunately, even the warmest ice-climbing days are not without problem since the ice starts to melt and water drips down onto you. Apart from making you cold, wet and slightly miserable, the warmer ice creates a major drawback. Your safety whilst climbing is supposed to be guaranteed by the ice-screws you twist into the ice. If the ice is too soft however they may just simply pop out and not break your fall as you had hoped… 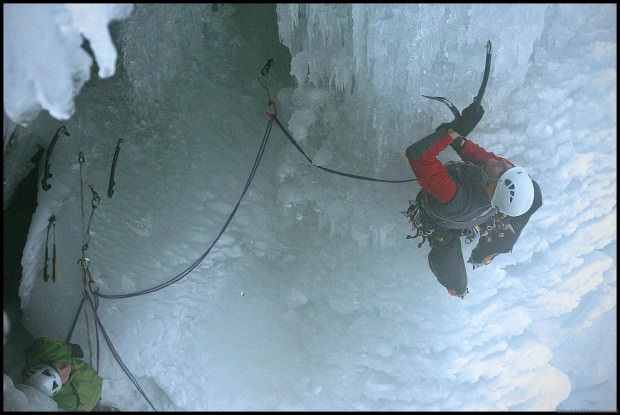 In short, it seems to me that you need a frozen brain to truly like ice-climbing. In winter I find it a much smarter idea to be a coach potato in front of big fire with a glass of something strong at hand. Breaking the ice, in its literal sense, has its time and place, but for me “on the rocks” remains the best way to enjoy ice in any season. 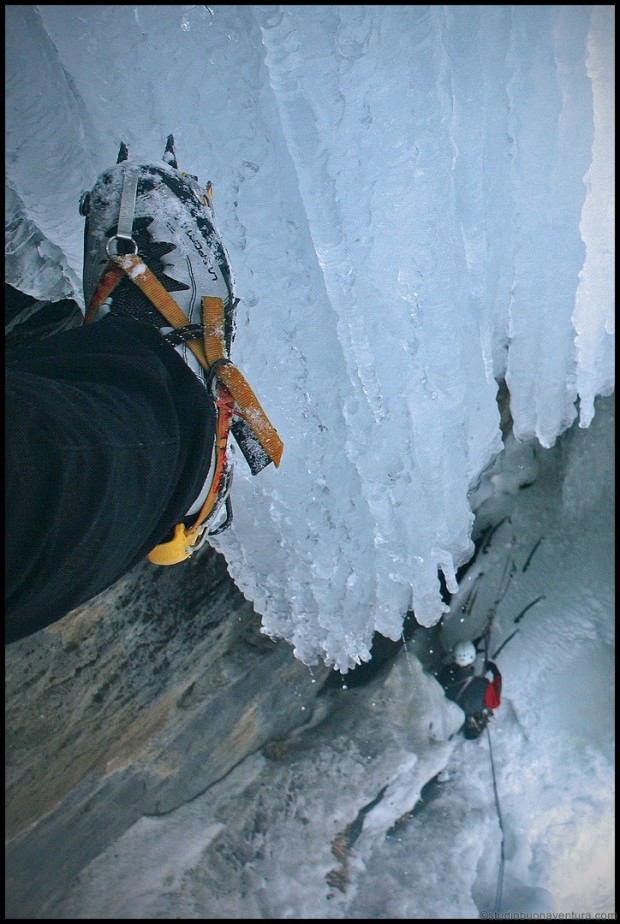 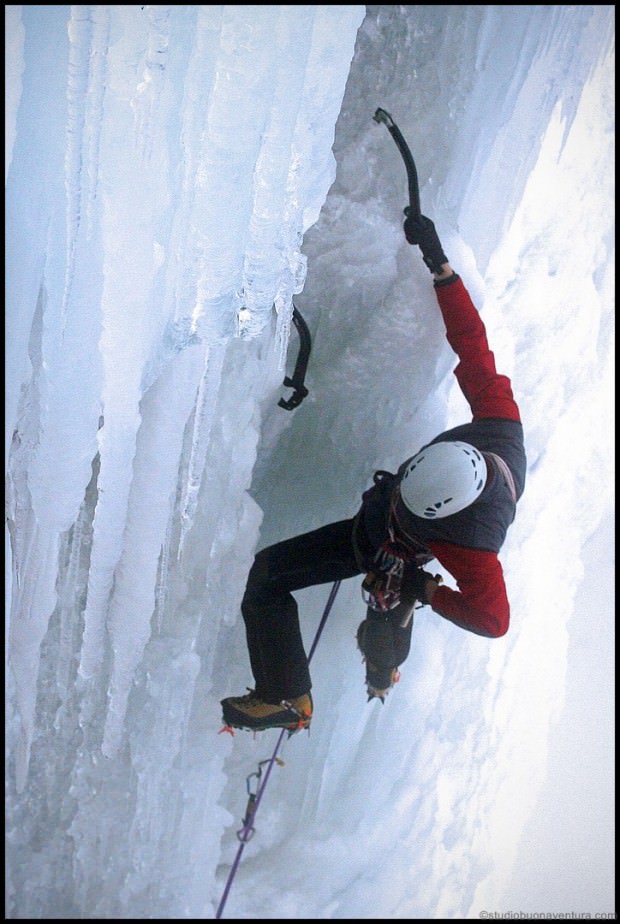 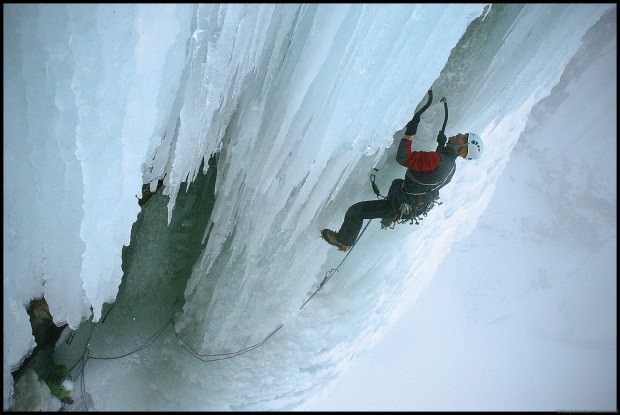 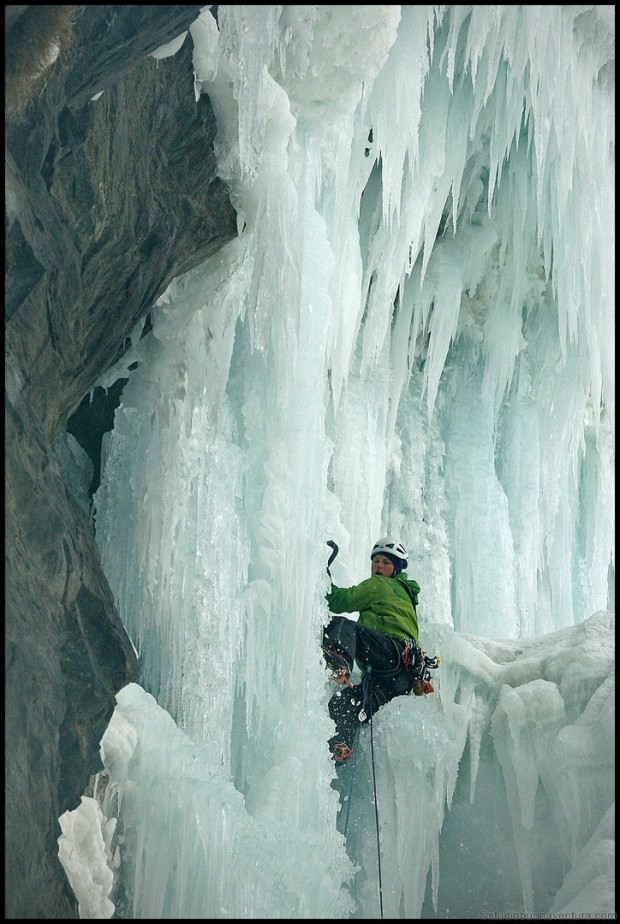 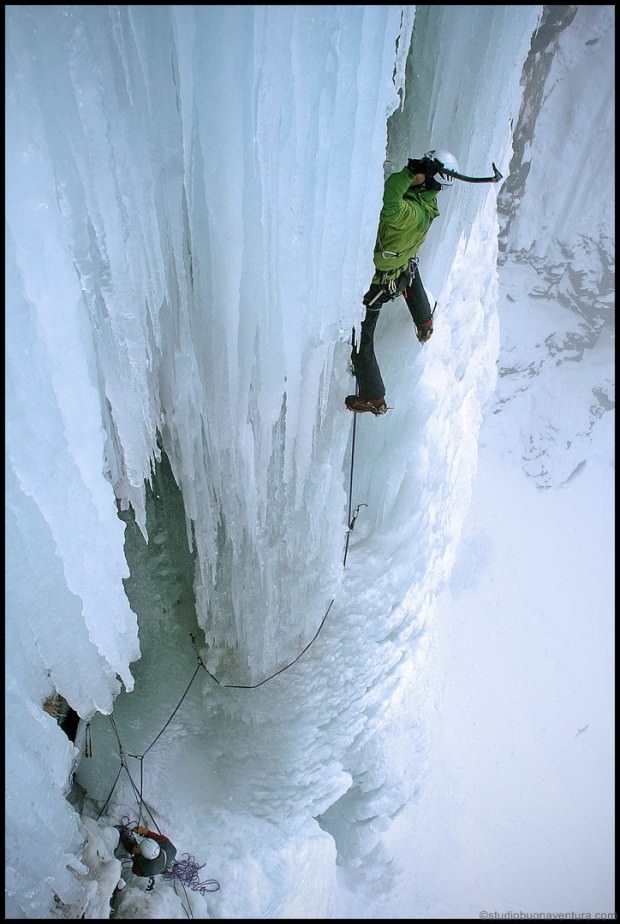 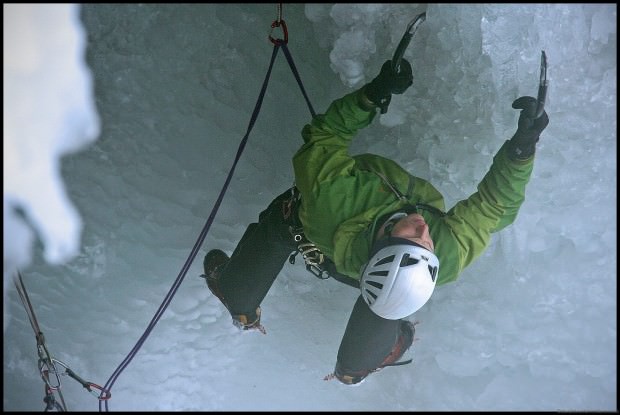