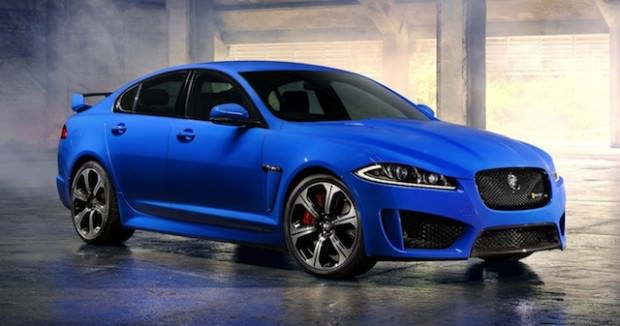 The Jaguar XFR-S is an even more potent version of the XFR performance salooon and it features a variety of upgrades over the XFR, including more power and uprated suspension. Jaguar has described the new car as the fastest, most powerful and agile sports saloon the company has ever made. 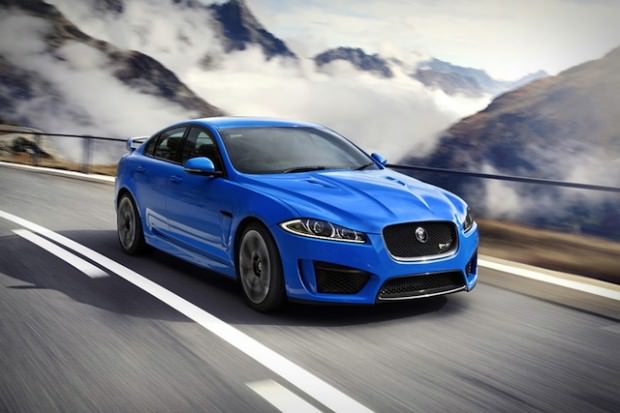 Power and torque of the 5.0-litre supercharged V8 have been increased to 550PS and 680Nm – up 40PS and 55Nm over the XFR, and with no impact on fuel consumption or emissions.
For the S model, this has been fettled to produce 543bhp, 40bhp more than before. The engine is paired with an eight-speed automatic transmission, similar to that found in the new Jaguar F-Type sports car The XFR-S will sprint from zero to 0-100km/h in 4.6 seconds and on to an electronically limited top speed of 300km/h. 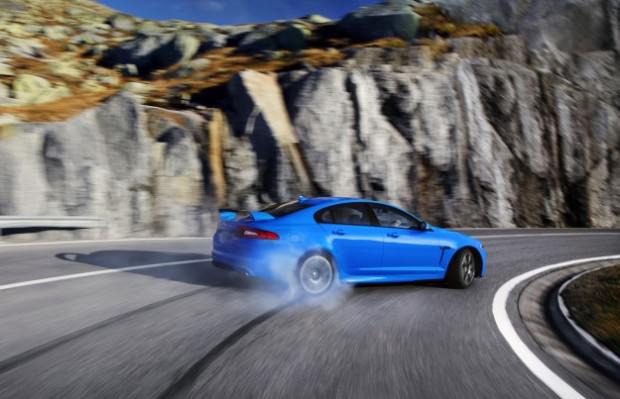 An eight-speed transmission with ‘Quickshift’ functionality enables optimal acceleration throughout the speed and rev ranges.

The transmission has been designed to recognise when the car is carrying out a series of overtaking moves, holding a lower gear for longer and avoiding changing up too soon. The unique 20-inch lightweight forged alloy ‘Varuna’ wheels are wider front and rear and are shod with specially developed Pirelli rubber, giving the XFR-S a more muscular stance and increasing its grip and stability. 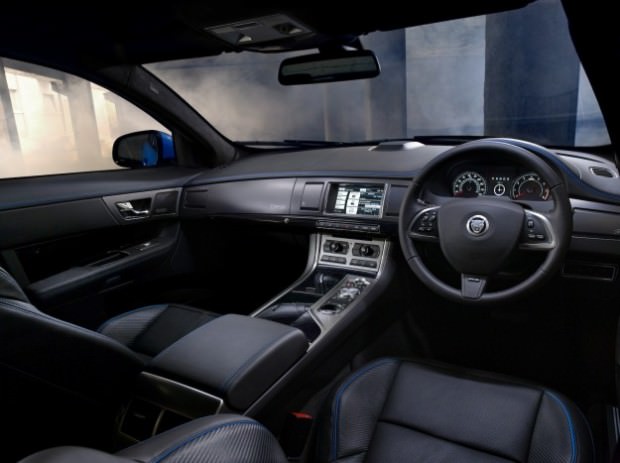 Allied to this are extensive suspension revisions which serve to increase lateral suspension stiffness by 30% for greater steering precision and responsiveness.

Despite the increased power and torque, average fuel consumption and CO2 emissions figures for the XFR remain unchanged at 24.4mpg and 270g/km respectively, and a stop/start system is fitted as standard.

Aerodynamic changes, with extensive use of carbon fibre construction, reduce lift by 68% and give the car an assertive appearance.

Inside, there’s charcoal leather with carbon-effect leather highlights exclusive to the R-S range, along with actual carbon fiber detailing and dark aluminum trim. A 380W Meridian 12-speaker audio system is standard, but can be upgraded to an 18-speaker, 825W.

The XFR-S is the fastest, most powerful and agile sports saloon Jaguar has ever built!