James Hunt was known as “Hunt the Shunt” in the Formula 1 world of racing.

Never averse to taking risks, a non-conformist “playboy driver”, and a connoisseur of women and fast cars, Hunt was also unique in the way he dressed, and quickly became a motor racing beloved personality.

These were the 70s: the dawn of the age of speed, the lust for challenge, and a passion for risk, an era of roaring engines, legendary racetracks, and racers who became stars who battled one another in fabulous cars.

The epic action-drama stars Chris Hemsworth (The Avengers) as the charismatic Englishman James Hunt and Daniel Brühl (Inglourious Basterds) as the disciplined Austrian perfectionist Niki Lauda, whose clashes on the Grand Prix racetrack epitomized the contrast between these two extraordinary characters, a distinction reflected in their private lives.

Set against the sexy and glamorous golden age of Formula 1 racing, Rush portrays the exhilarating true story of two of the greatest rivals the world has ever witnessed—handsome English playboy Hunt and his methodical, brilliant opponent, Lauda. Taking us into their personal lives on and off the track, Rush follows the two drivers as they push themselves to the breaking point of physical and psychological endurance, where there is no shortcut to victory and no margin for error. If you make one mistake, you die.

Franklin&Marshall is paying tribute to both this infamous rivalry and these auto racing rebel icons with a capsule collection composed of five t-shirts and a racing suit inspired by the original rock’n’ roll style that James Hunt flaunted on and off the racetrack.

The collection was developed in collaboration with Ron Howard’s Rush costume design team, and faithfully reproduces the style of the times to the finest detail, and featured in the film. This exclusive collection offers the daring, talent, and style of the Formula 1 drivers during the ‘70, those brave pioneers in the world of unrestrained passion, throbbing engines, and high speed. 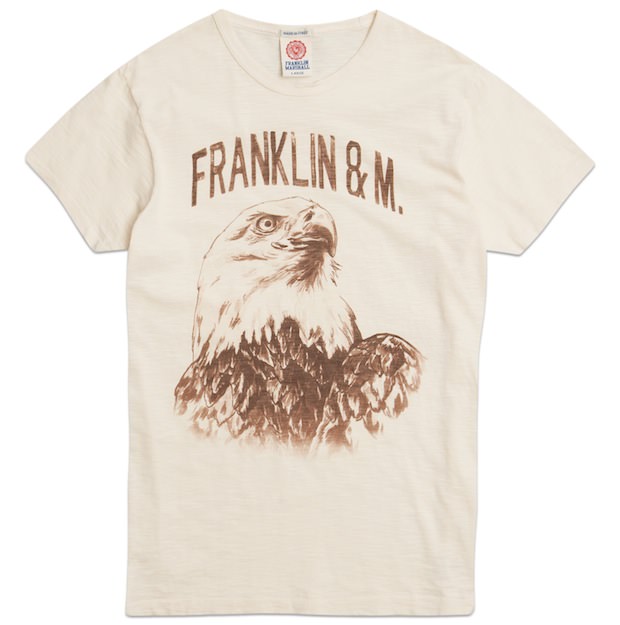 “To hell with safety, All I want to do is race.” James Hunt