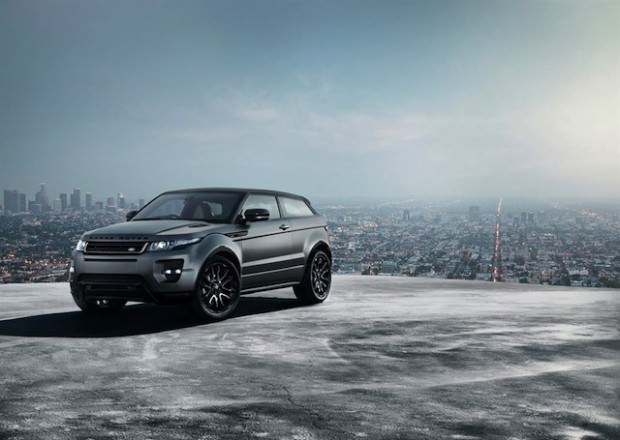 [/wide] Introduced 18 months ago, one of the most successful Land Rover vehicles ever made the Range Rover Evoque marks a shift of sorts for Land Rover.

The Evoque formula seems so obvious now: make a car that has all the desirability of a Range Rover, with a beautiful interior, yet at a more affordable price. In either body style, the Evoque is simply a stunning vehicle that drew as much attention out on the road as any all-new model I’ve tested.

The design characterized by its rising belt line and a downward-sloping roof that, in many color combinations, appears to float because it’s supported by black pillars. The low roofline and squinty windows make it looks like a concept car that’s escaped from an auto show. 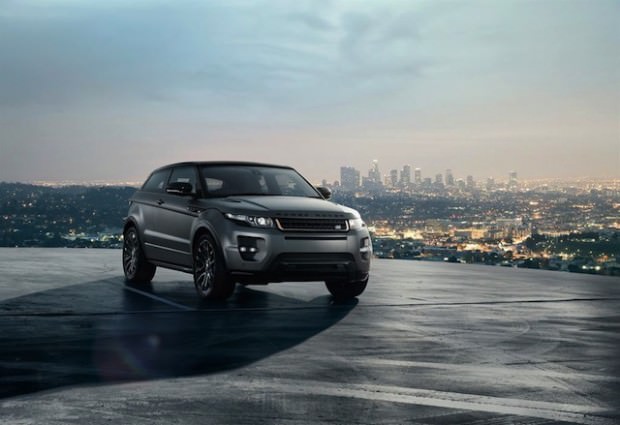 With global sales of more than 170,000 vehicles since the launching, the Range Rover Evoque has proven to be hugely successful and the 2014 model is destined to have even greater appeal. Since few months, the factory is running 24/7 to cope, but it hasn’t become complacent.

The Evoque brought a real new dynamism and sparkle to the Range Rover marque inside. What sets the Evoque apart is its hip appearance and multiple ways it can be personalized. Either way, the Evoque turns heads wherever you drive it. 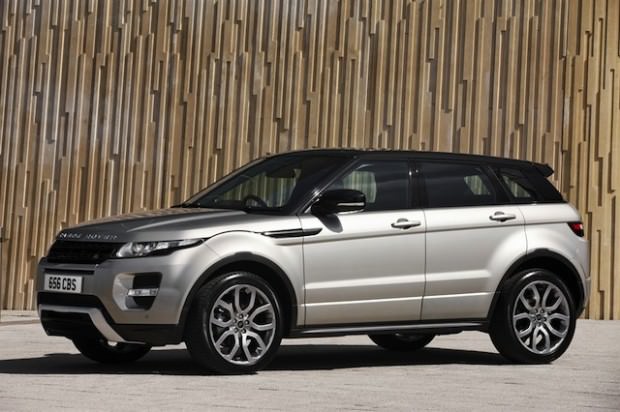 You can choose for a four-door or a two-door coupe. The roofline tapers down toward the back of the vehicle (more dramatically in the coupe than in the four-door) and is available in three colors that contrast with the 12 available body colors. You can choose among five different alloy wheels.

Even the entry-level interior quality is pretty good. The dashboard is covered in a synthetic material that’s padded. Leather seats are standard. The optional backseat video system includes two wireless headsets and an elaborate touch-screen remote control that recharges when docked in the back of the center console. Cool stuff. 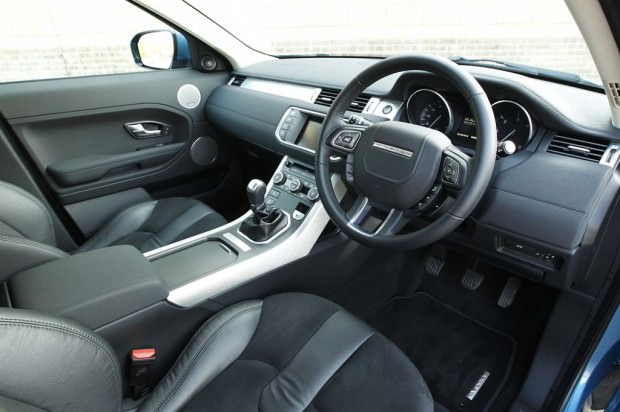 What’s remarkable is how roomy my test vehicle seemed thanks to the standard glass roof. More than simply a panoramic moonroof, the Evoque’s roof is a fixed skylight comprising almost the entire ceiling surface.

Along with comfortable seats, the Evoque has an admirably comfortable ride. The interior is offered in 12 distinct packages, available with stitched leather upholstery and wood or metal trim. 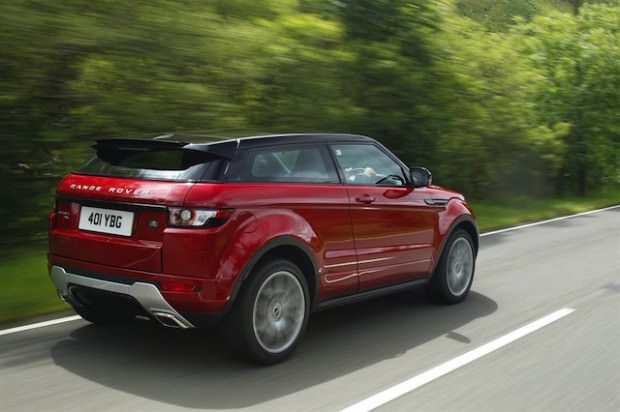 After my first Evoque experience in 2012 (read more here) I included substantial episodes in this last test drive of bouncing around in wild terrain that ranged from county trails to rutted mud tracks. I readily concede that this small-scale Range Rover without low-range gearing has the right off-road manners and does have Terrain Response. 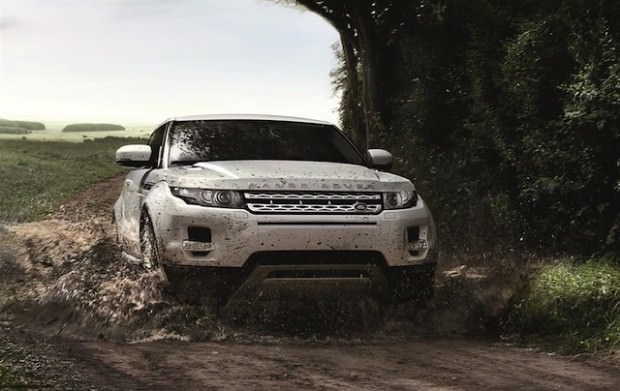 However, the Range Rover people recognize that most Evoque owners probably won’t venture farther from pavement than a dirt road or pea-gravel parking lot.

Another of the Evoque’s appeals is fuel economy. That results partly from extensive use of lightweight materials, such as an aluminum hood and roof panels and composite and polymer front fenders and tailgate. The Evoque is the lightest Range Rover yet.

The 2014 Evoque continues to be powered by Land Rover’s range of economical and light weight four-cylinder engines: The 2.2-litre diesel, in this 187bhp output it’s 4WD only. It’s also offered with 148bhp and front-wheel drive. Thus specified, it will emit as little as 129g/km and return as much as 57.6mpg, thanks in part to the 75kg weight saving from the deletion of the four-wheel drive.

The other available engine is a 237bhp 2.0-litre turbo petrol, mated to 4WD and an automatic gearbox only. Smooth progress is easy to make, with the ’box shifting mostly intelligently. 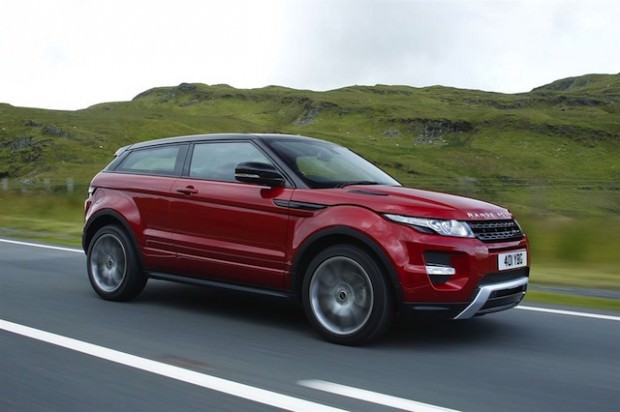 The 2013 Evoque I tested was equipped of the six-speed automatic transmission that is pretty well behaved. The automatic Sport mode keeps the engine clear of this near-lugging condition and isn’t a bad choice for normal driving, as some hair-trigger Sport modes are.

The 2014 range, will benefit from newly-available features, including: a new 9-speed automatic transmission, new driveline technologies, seven new driver assistance features and detail design enhancements inside and out.

With the ZF slushbox nine-speed gearbox (it’ll also feature in the 2014 Jeep Cherokee) and the Active Driveline, the Evoque will be 11,4% more fuel efficient than with the old six-speeder, thanks to a lower first gear for better off-roading, and a taller top gear for relaxed cruising. The CO2 emissions will be reduced by as much as 9.5 percent. Combined fuel consumption for the 2014 range is up to 57.6 mpg, with CO2 emissions starting from as low as 129 g/km. 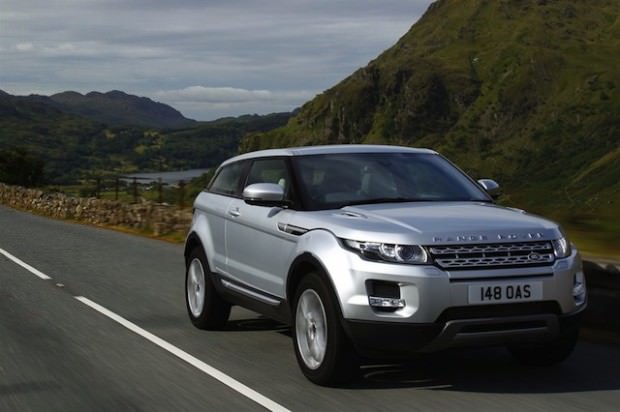 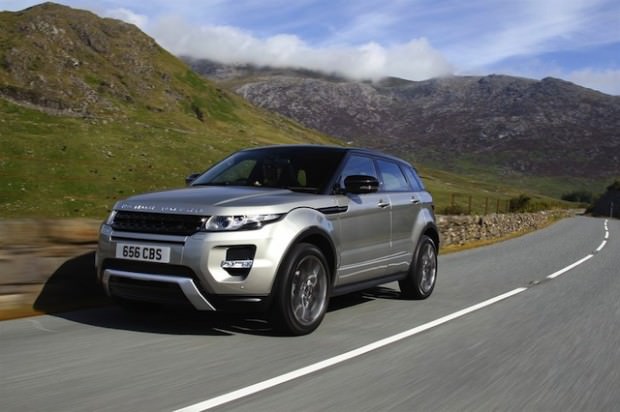 In addition to the new technologies, there are some detail changes to the Evoque’s exterior, new color options for the interior, four new alloy wheel styles and a new style of Land Rover badge on the grille, wheel centers and tailgate. 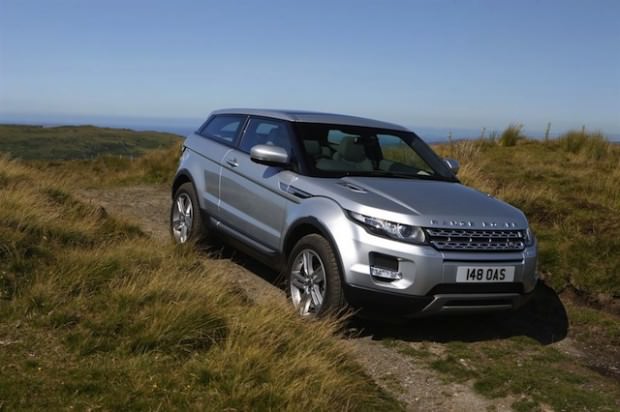 The 2014 new features included the new 9-speed automatic transmission add the icing on the cake for the Evoque and finally matches the punchy, reasonably fuel efficient 2.0-litre turbo four for overall ability. It may not help Land Rover sell any more, but will certainly make those who do buy one feel that bit better about having done so.