Ana Fuentes is currently presenting some portraits of the series “Histoire de famille” at the National Theatre in Brussels until 6th October 2013. 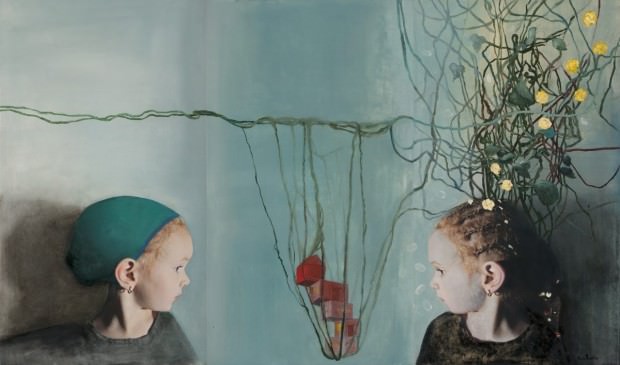 Describe by some critics as the new Frida Kahlo, Ana’s painting is strong and fearless.

Ana Fuentes is a Mexican artist born in Mexico City.

Considering herself as a life experiencer, she doesn’t like so much to define herself one way or another. Her relationship with her work and other people has always happened spontaneously without an explanation, without judging or trying to let her brain interfere.

She started painting at the age of 5, with her aunt who was a painter and a teacher. She thus attended painting classes with her. Further in her life, she also developed her interest in litterature and writing. She then spent a lot of years writing poetry and painting at the same time.

Her painting getting known, and without expecting having a career as a painter, she had one.

When in university she attented numerous drawing and painting workshops; very specific ones as she did a lot on her own experiments, those were mainly aiming at acquiring new technical skills

It was also at that very moment she fell in love with the Flemish Primitives. The exquisiteness of those masters conquered her and still do. 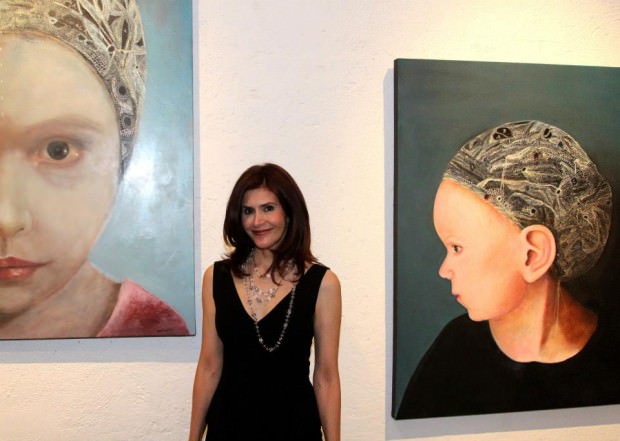 She finds her source of inspiration in real life and real people governed by this intense wanting-desire to live, to embrace life and the universe while most of adults have lost it.

In a way to regain this purity, she started painting children of her own family, founding in them a form of innocence, a not posing nore pretenting attitude. That’s what she tries to capture and transmit, creating a whole universe around them.

Choosing her colors according to the opportunity of an atmosphere. Ana likes lyric atmosphere with a limited palette made of burnt amber, cerulian blue and grey, black and, White mixing her mother colour with the secondary ones.

The faces of Ana

In the history of art, using a prepubescent girl as model has always made us uncomfortable, travelling from innocence to knowledge, creating an exquisite tenuous balance between purity, perversity and the illicit.

Freed fom male gaze and from any sensuality, Ana Fuentes portrayes in her work young victorian- style dressed girls, simply staring at us; offering us their infinite inner exposed vulnerability.

By painting these faces, Ana Fuentes confronts our perception of innocence and purity, introducing in her paintings a total refusal to loose hope even in the darkest moments.

Alternately damaged, frightened or alone, Fuentes’ wide-eyed models are mostly represented in forbidden and almost hostile backgrounds as an enhanced theatrical layer of their isolation and loneliness. 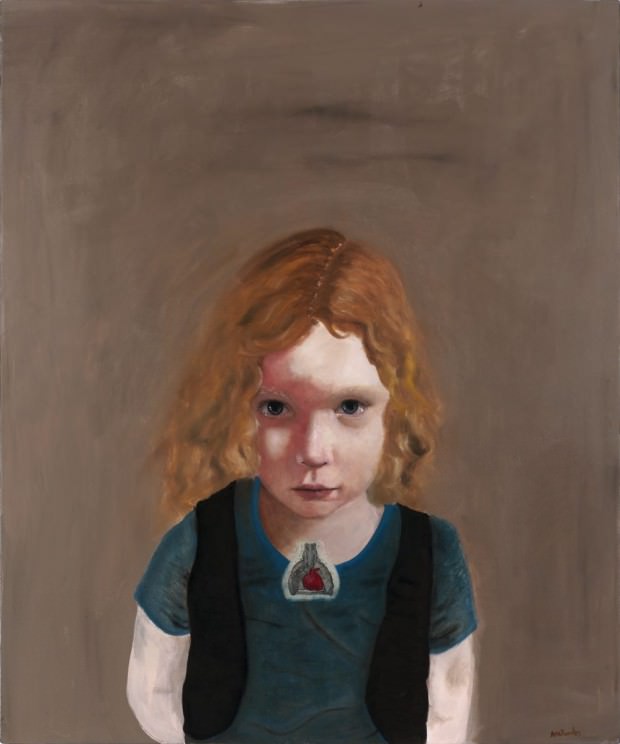 “I began to be intrigued by the strong persona, silently breathing in life through the senses of her frail physique. This was my 4 years old grand niece: pale skin, black profound gaze and redheaded.

I photographed her and then again, every time I could go back to my hometown in the deserted northern part of Mexico, an arid city immersed constantly in winds of sepia dust. There lived this eerie and beautiful child who would effortlessly stand in front of the camera, not pretending, not posing, only gazing, amused by my interest, which I slowly discovered as I painted her aroused from noticing that she appeared as so many other people, as if I was in a black room carefully developing images that revealed somebody else, yet still the same one, I saw her mother, my sister, me, and people I couldn’t identify but knew I knew. A slight twist, the light in her eyes. She talked to me through the endless veils of oil, and dictated the atmosphere and the elements surrounding her. So this was mankind, this molecule so pure that I could see through, and more, afar, a journey into passion and longing, the human heart, my own heart. Into a great, infinite histoire de famille.” 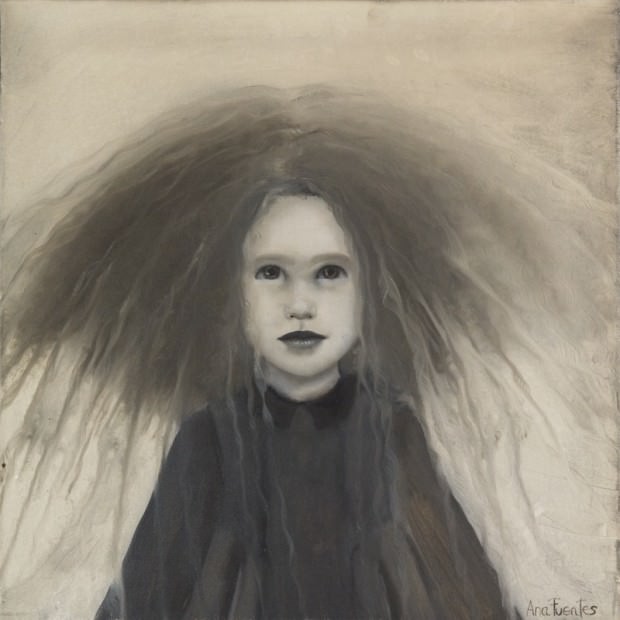 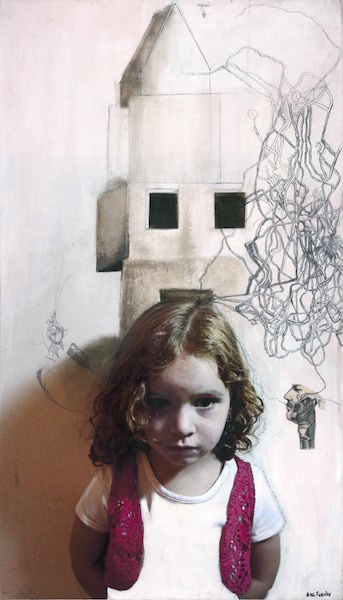 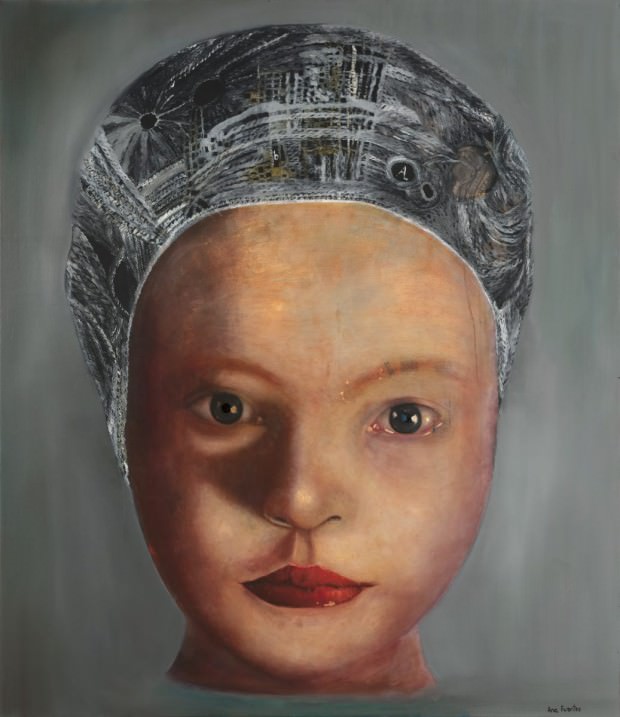 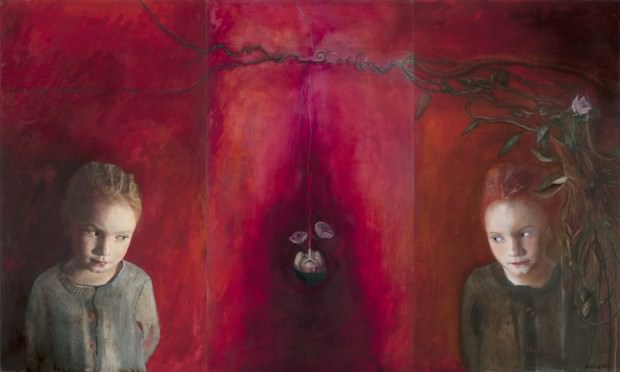 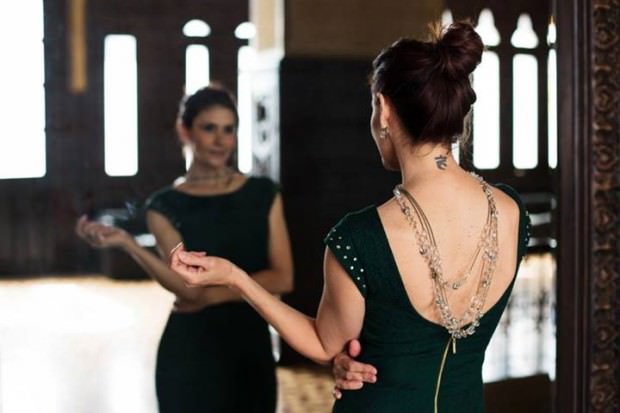