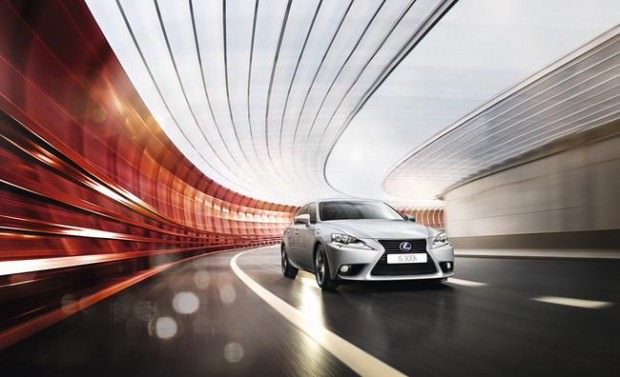 The Lexus IS has always been respectable. Lexus has taken a refreshingly different approach to executive travel to produce a serious new IS. Today, it’s pretty hard to talk about the all-new Lexus IS300h without using the word ‘alternative’. Not alternative as in ‘left-field’ or ‘edgy’ or ‘your mum wouldn’t get it’ – it most definitely isn’t those things. But alternative as in alternative to the A4 and BMW serie 3 without any doubt. 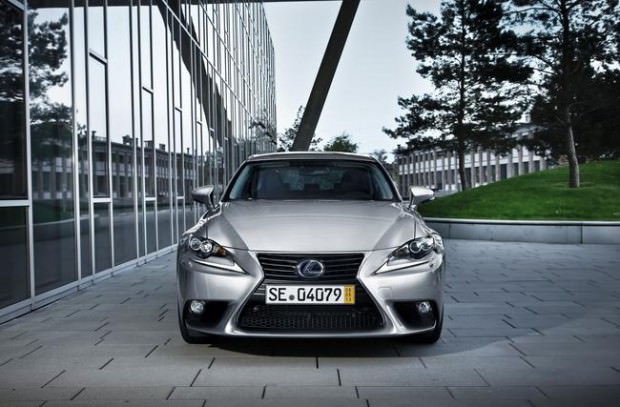 So it looks a bit different. It’s all about peaceful surfaces with distinctive details. At the front, that translates into a big grille and islands of swoosh-LEDs. At the back, the light clusters seem to emerge from a slash in the bodywork.

A new design language accompanied the launch of this third-generation Lexus : the car is an attention-grabber with a bigger, three-dimensional spindle grille, wider stance and dramatically swoopy rear end styling. A 70mm longer wheelbase has given it greater interior space, the seating is lower and sportier and the driver-oriented cockpit is derived from the Lexus LFA supercar.
The hybrid has 60/40 split-fold rear seats and its battery pack is mounted low, under the boot floor, so there’s 450litres of cargo space, just 30litres less than the petrol version! 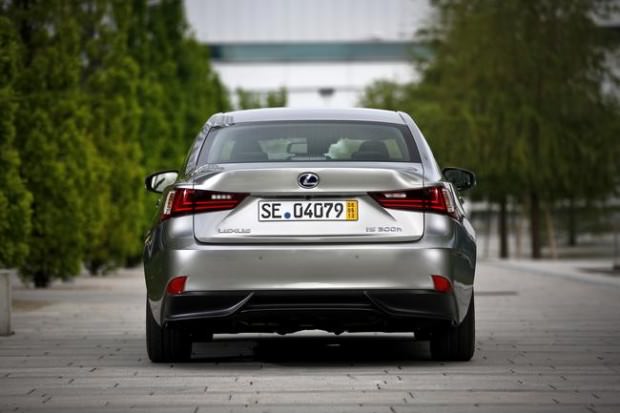 Since it’s a Lexus, the quality of materials is pretty fine and the list of equipment goes on and on. The center console has an imposing position, being topped by a modern display. 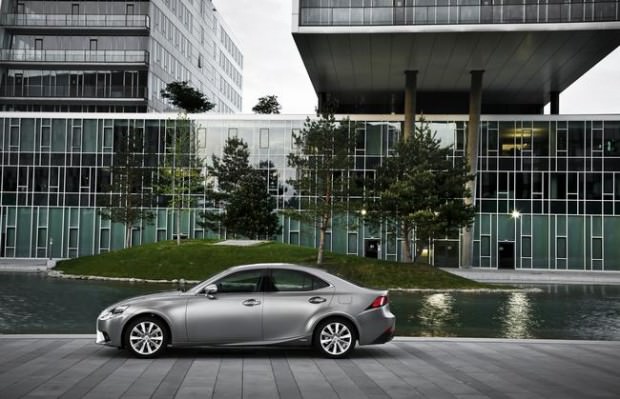 The standard Luxury models all have powered, ventilated front seats, keyless entry, satnav, dual-zone climate control, digital radio, Bluetooth with audio streaming, bi-xenon headlights with daytime running lights, reverse-view camera, 7-inch colour media display, and Drive Mode select
The seats are soft and welcoming, but supportive on longer corners. Accommodation is generous and a couple of tall adults will fit easily in the back, with a third at a push. There’s a decent amount of cabin storage, the driving position and steering column are now more comprehensively. 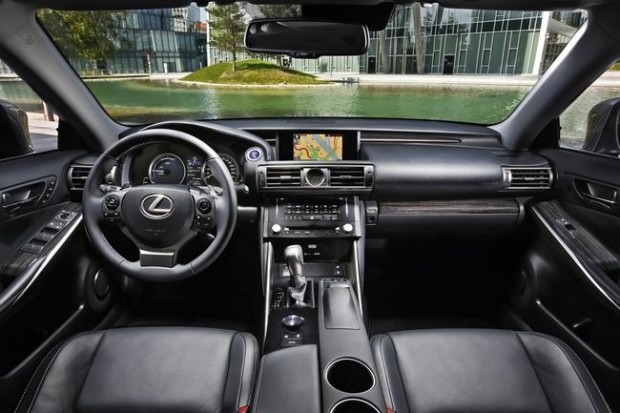 There’s the expected suite of electronic driver aids, plus eight airbags (10 of them in Sports Luxury models), and tire pressure monitoring. Option packs add Automatic High Beam, Lane Departure Alert, Blind Spot Monitor and a Pre-Collision system. The cars also have a bonnet that pops up to minimize pedestrian injury.

The IS300h has a 2.5-litre four-cylinder engine and hybrid drive. The 300h is quite a performer, with a combined output of 164kW from its 2.5litre four-cylinder petrol engine and electric motor. Together they make up to 220bhp. More than enough to have some fun! The IS 300h sprint from zero to 100 km/h in 8.3 seconds. 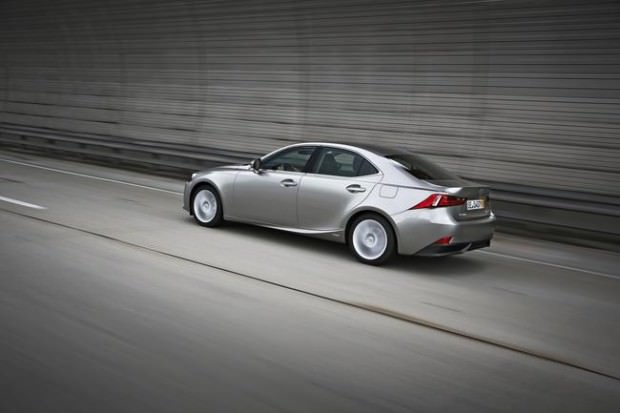 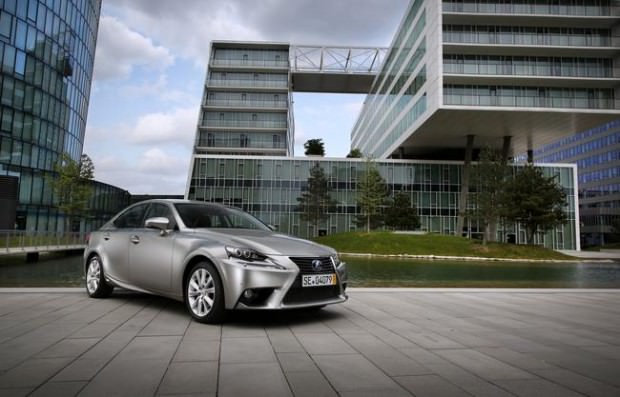 The Lexus hybrid system is best for greasing silently through town, or gentle suburban driving, when the petrol engine is far quieter than a diesel and anyway is often switched off while the e-motor does the work. And used that way, it’s also guiltlessly economical… 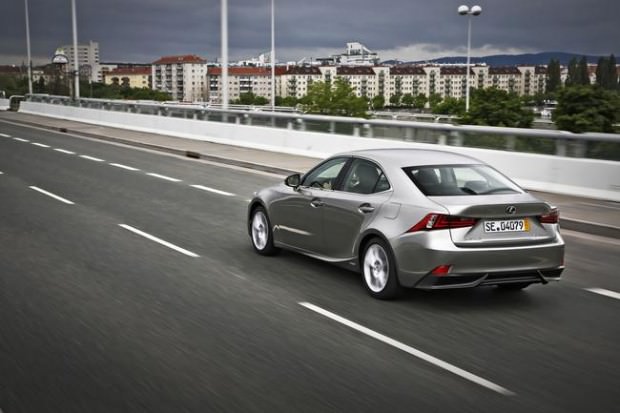 On the road, the IS 300h feels pretty sharp, ready to make me drive for hours.
The IS does feel quite sporty, though – there’s good grip, not much body roll and steering that’s quick to react if short on feel. And the ride is firm, but comfy around town, yet gets a bit jittery on the motorway.
And then switch to Sport mode and when you need it, there’s the hybrid play… Simply powerful! I love it! Practice this sport for long enough and you’ll become addicted to the sensation. 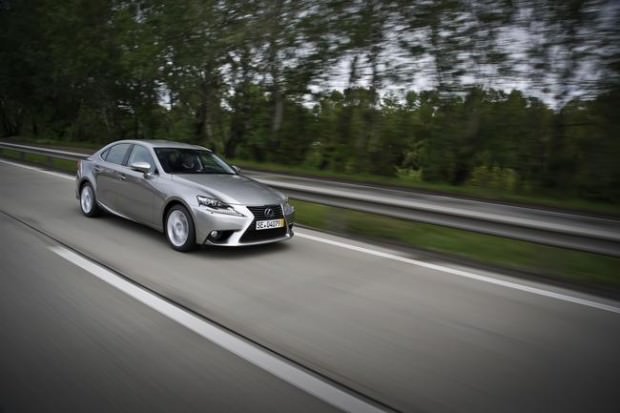 The visibility is within the class average and, aided by the front and rear sensors, as well as by the rear-view camera, I didn’t spent too much time on parking the Lexus IS, preferring to continue to drive it!

Redesigned, the IS has gained a striking new body and an impressive cockpit.
Good looking and sexy, this car has all the prestige and luxury of its concurrents, with phenomenal savings in running costs and it make all the difference.