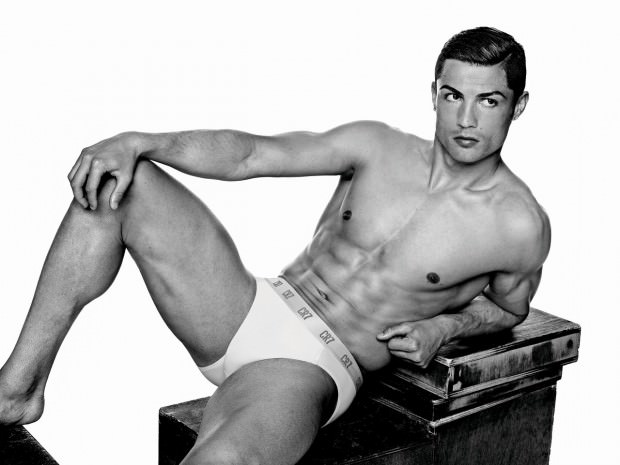 Move over, David Beckham! Few days ago, Cristiano Ronaldo launched his CR7 underwear collection in Madrid. Making an appearance at Palacio de Cibeles where a 19 meter tall campaign image was revealed, Ronaldo expressed, “I am very proud to officially launch CR7 today and especially to see my campaign image displayed in this beautiful building, one of the most famous landmarks in Madrid. I put a lot of passion and dedication into creating this new underwear line and I am delighted to finally launch it globally today.” 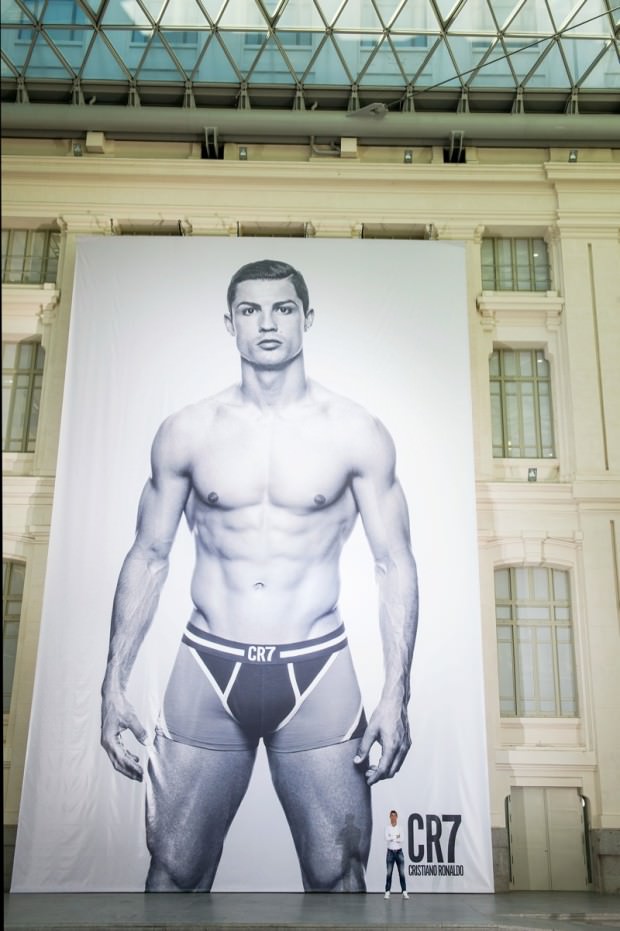 CR7 by Cristiano Ronaldo is the first solo brand venture for the sportsman, who has collaborated with brands and had endorsement deals but never before launched his own product. This line has been created in collaboration with the JBS Textile Group and New York-based designer Richard Chai. 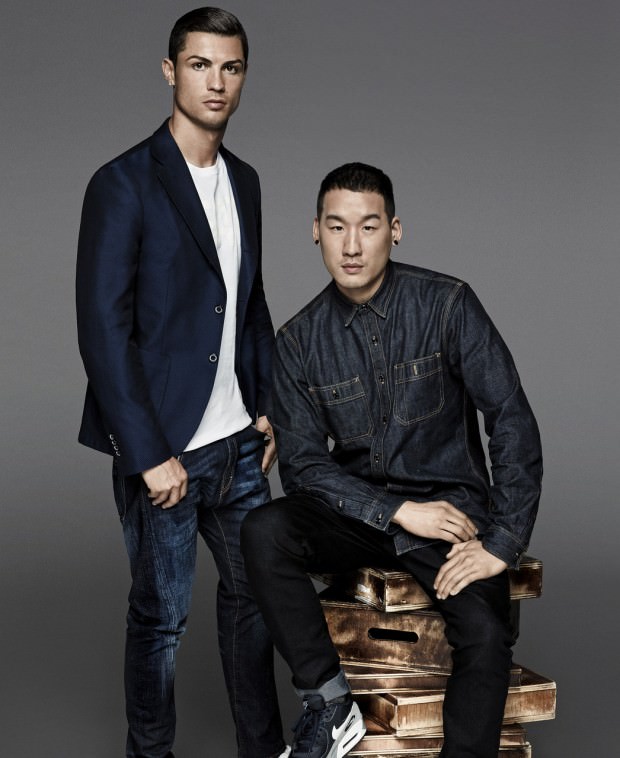 Ronaldo said, “Fashion and design are two passions of mine and I have wanted to launch my own brand for a long time. Working on this collection has given me a great creative outlet and I have loved every part of collaborating on the range, from selecting the colours and designs to testing the styles and fits myself. I am very proud that the collection is launching worldwide.” 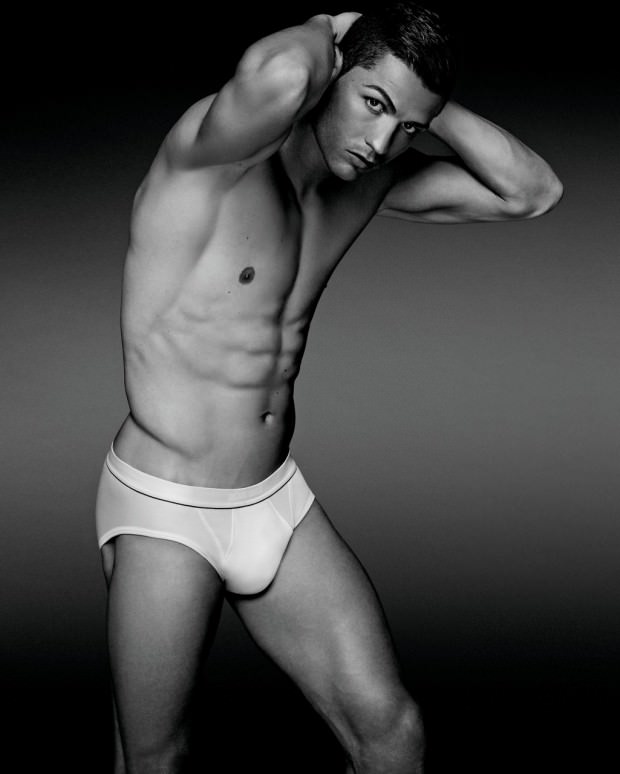 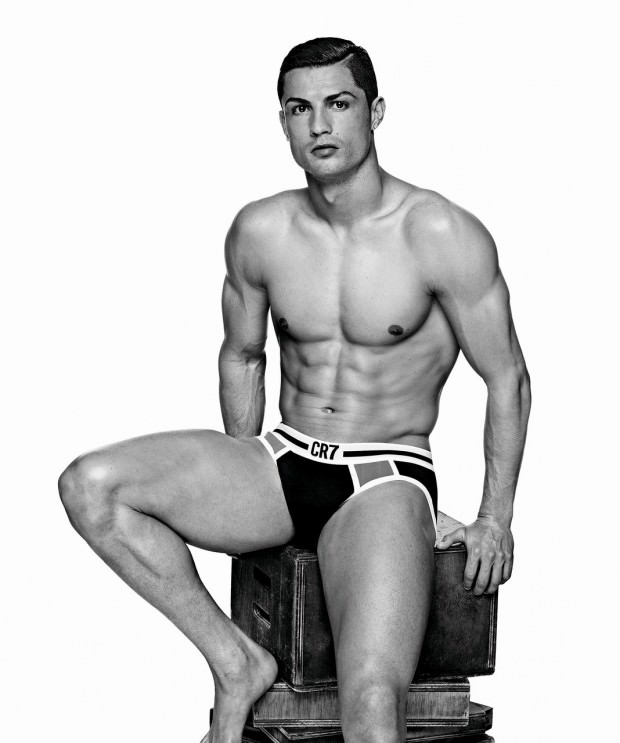 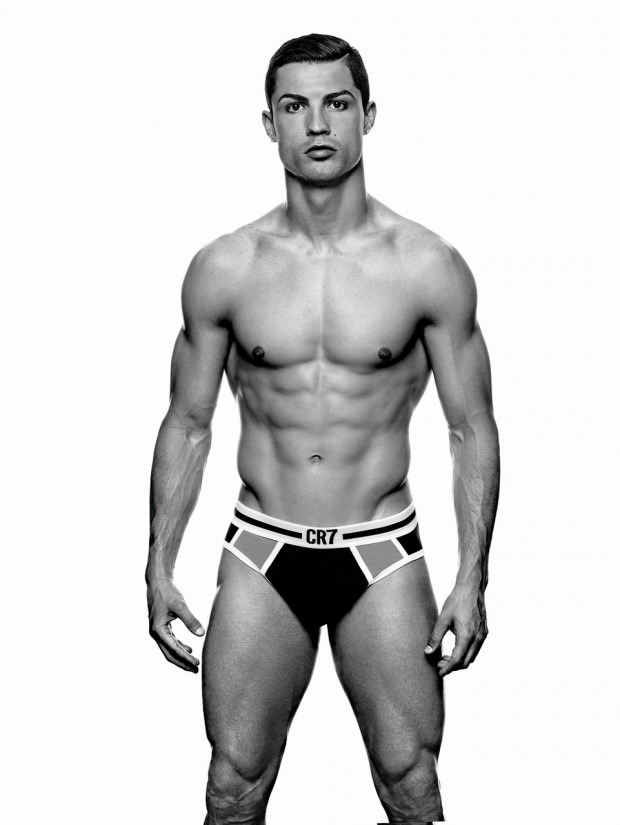 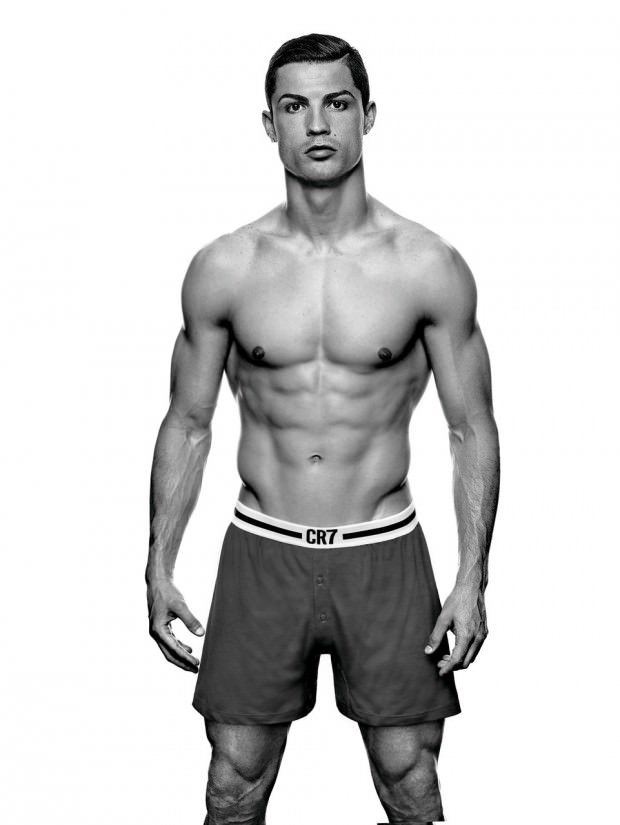 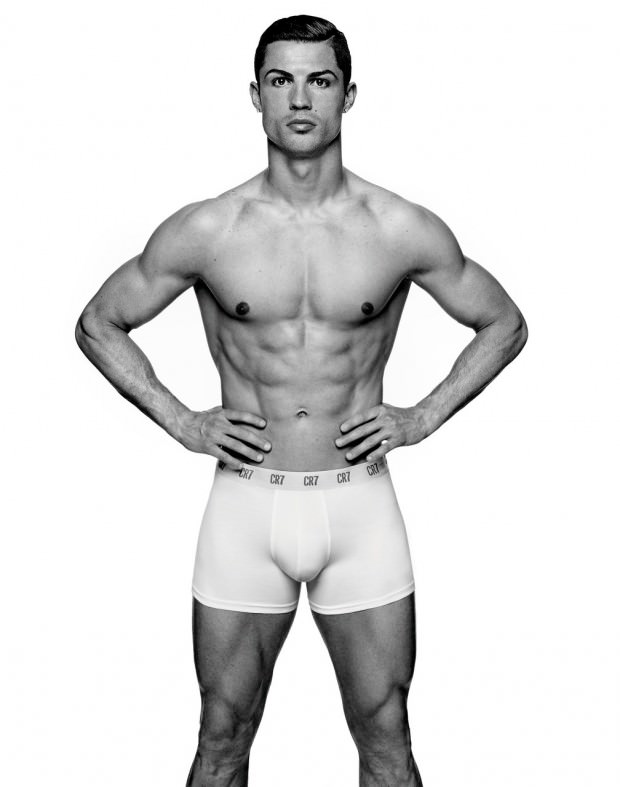 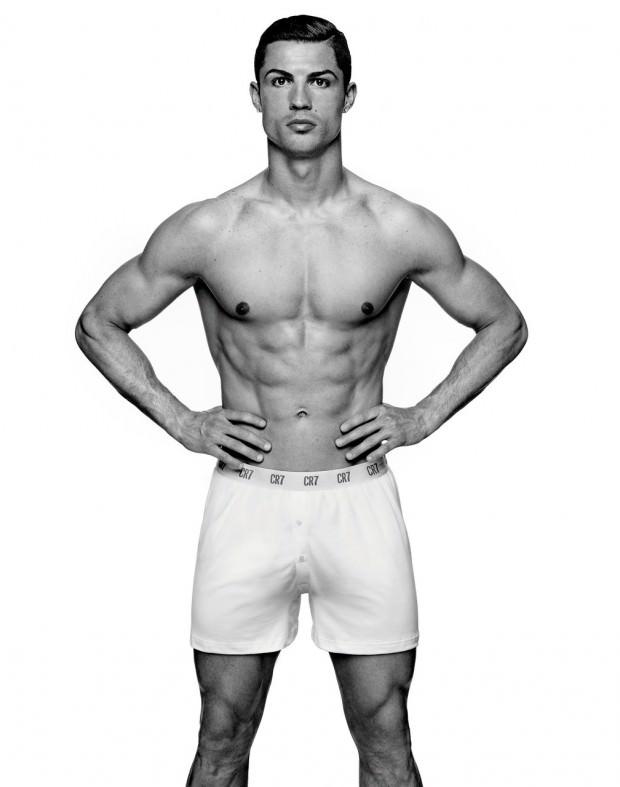 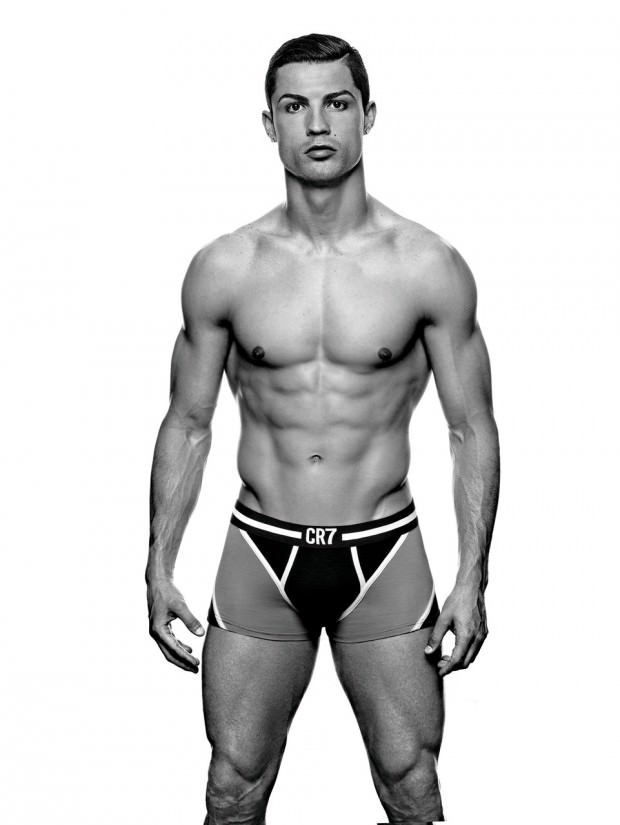 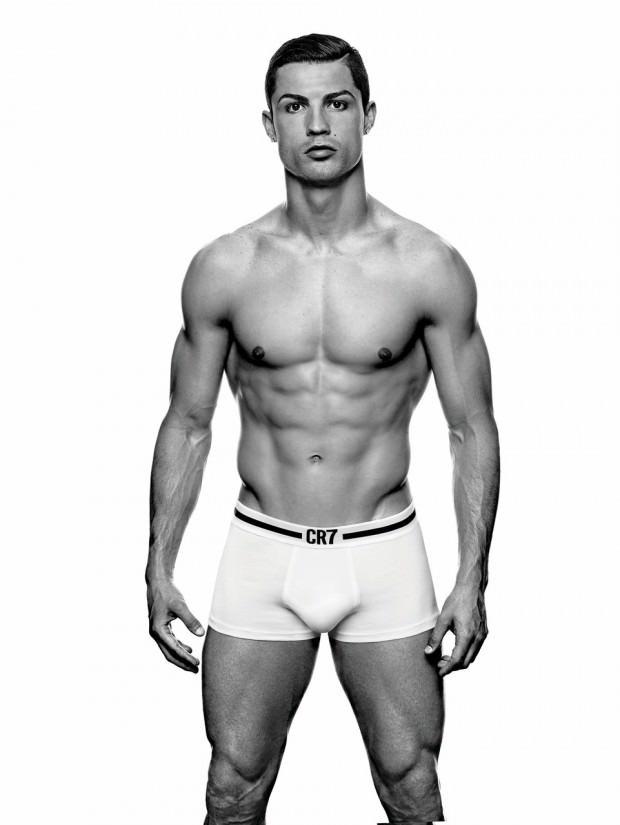 I really like 28-year-old hottie flaunts off his ab-tastic body in really tight black-and-white briefs which shows off his, um, package, his six-pack and his rock-hard thighs.

The collection is available worldwide from www.cr7underwear.com and select retailers.