Del Rey first teased the short film “Tropico” in the first video of her praying for forgiveness to a John Wayne character. More Hollywood icons make appear in the second teaser clip. Del Rey and Ross seem to stumble the Garden of Eden where Elvis Presley, Marilyn Monroe and even someone dressed up like Jesus are preaching to their followers (which alludes to the lyrics on her song “Body Electric”).
The bizarre and epic project from the Born To Die singer still has no official release date, after all dates hinted at previously were missed. 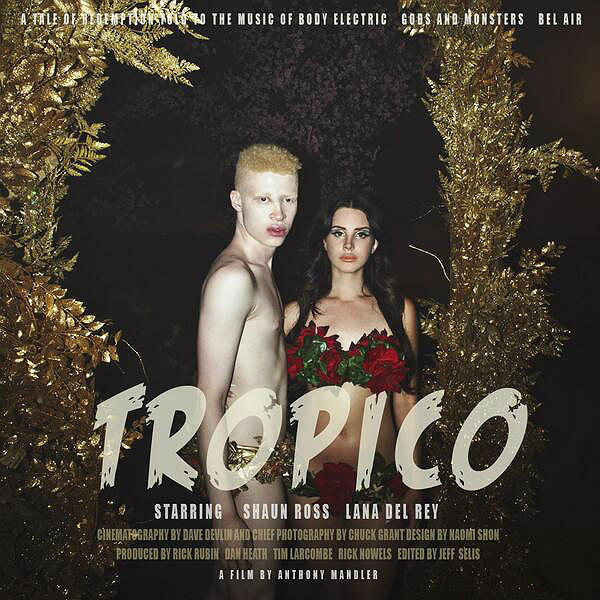 Tropico has extremely high hopes resting on it as Del Rey previously sparked rumours that it would be the final chapter in her short but prolific career.
“Look forward to seeing you for the farewell project,” the singer tweeted, “I adore you and thank you for inspiring me. TROPICO.” Subsequently, fans of the singer are waiting with baited breath to see what the film might reveal as to Del Rey’s future