He has given to us an overlook of that event and talk about MARIE CHANTAL. 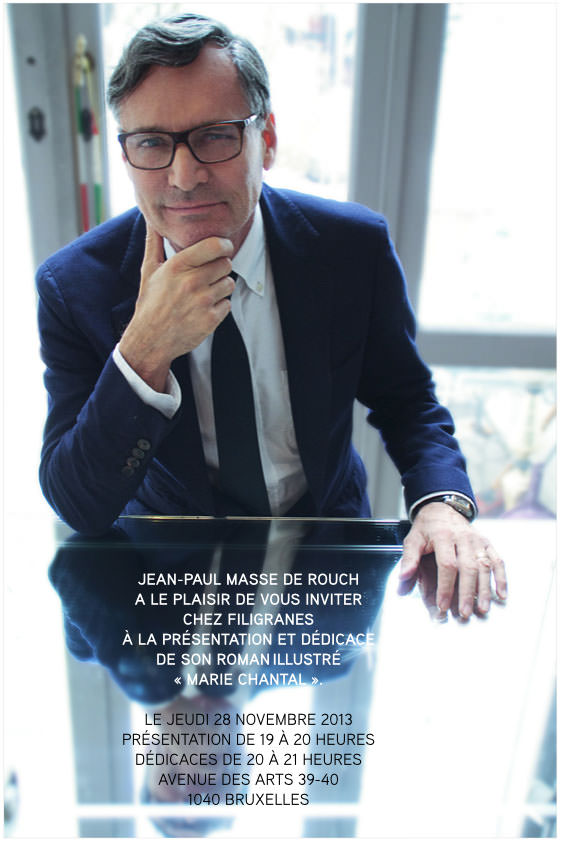 “This book had a complex birth since as an object it is partly the result of my love for the illustrated novel and partly of my love for photography itself.
But one of the reasons, and possibly the principal one, that led me to create this novel is the fact that I have often had friends and acquaintances say to me that they do not read as they find it hard to visualize what the writer is describing and recounting. 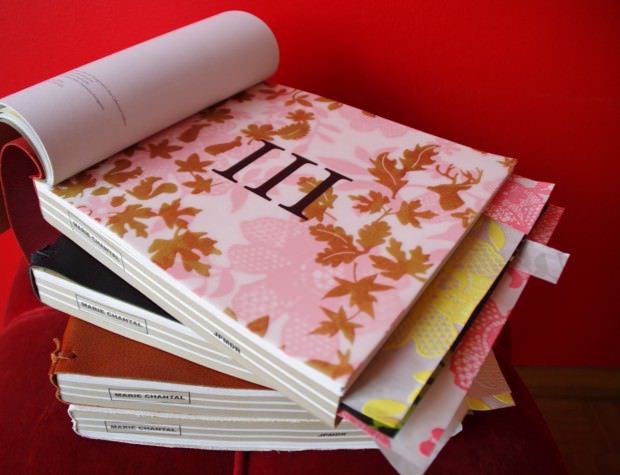 This pointed me therefore towards producing a story that I have illustrated in different ways.
Sometimes there is a sketch, sometimes an illustration, sometimes some photos attache after printing. There are also several photos taken as if for a fashion magazine and there are, of course, other photos presented in the convention of the illustrated book.
The story is quite short. It consists of a theme drawn from a novel called MARIE CHANTAL that I wrote and had published in 2008. 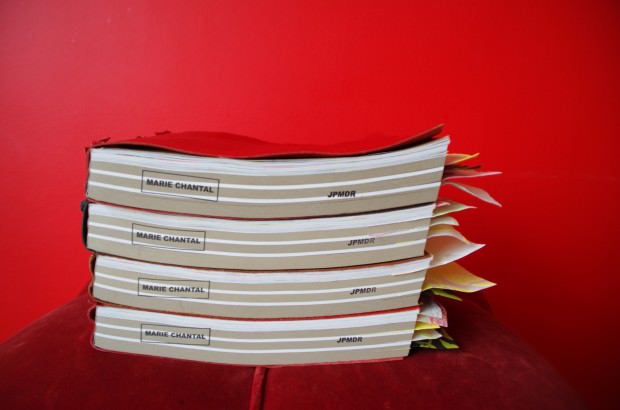 This novel has its own story because I first wrote a manual of how to live wisely and well but then decided that was rather pretentious and so turned it in to a play. There are still traces of the play that remain because you will see at the start of the novel that each character is presented in the order that they enter the story with a description of their personality. In the end my editor at that time convinced me that a play wouldn’t sell and so I rewrote the text as a novel. 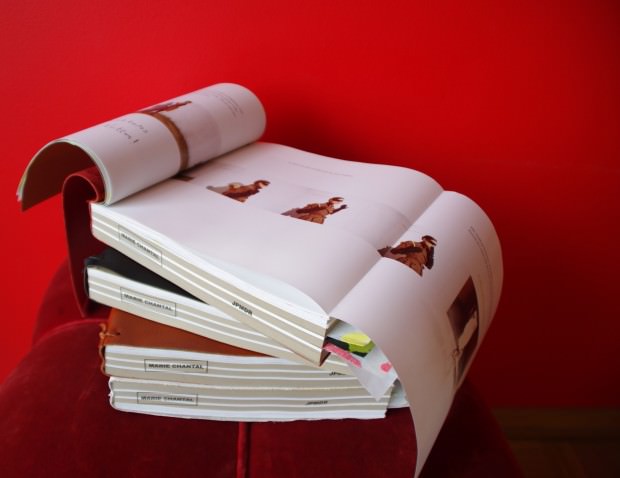 The story contained in this present book is in fact an unfinished novel because, in my search for how to lead the potential reader to reading I also wanted (and why not?) to encourage him to write and so, at the end of this book, I propose to readers that they take the story further.
The novel is a tale of life in Paris that focuses on the uncertainties of a young woman “Marie”, rich and quite well-known, approaching the age of 40. She has started to question what she really needs: work, emotional relationships, a new dress in absinthe green for her wardrobe … This is told through chats between Marie and her friend Chantal as well as their gossip with two of their friends: a press attaché and a psychologist.
Of course you can carry the novel forward in many ways by attaching photos or small pieces of text since I too had fun making “collages”. 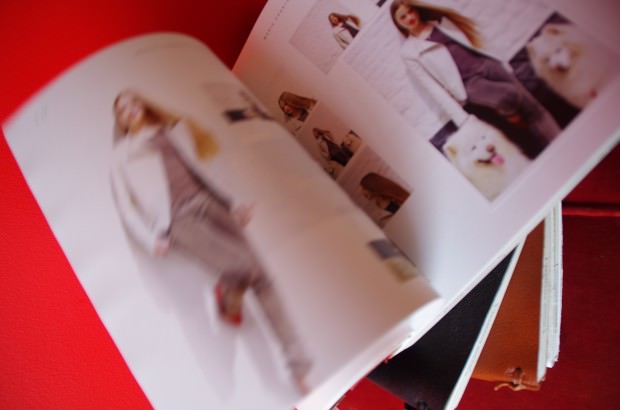 I found an old stock of swiss paper that looks rather like wallpaper or a velvet material from Genoa and I used this paper throughout the novel. This paper was also reproduced on transparent paper which sometimes gives a pretty effect.
The book contains several blank pages both for readers to continue the story themselves and for them to take charge of the page and note down their own thoughts, cooking recipes, telephone numbers, accounts and so make a housemate for themselves. I wouldn’t say a travelling companion given the weight of the thing.
What more to say? Oh yes! The end of the book is given over to a photo album. There are in fact little frames which invite you to fill them.
The book also contains a translation in English and Chinese as it will be made available in China. 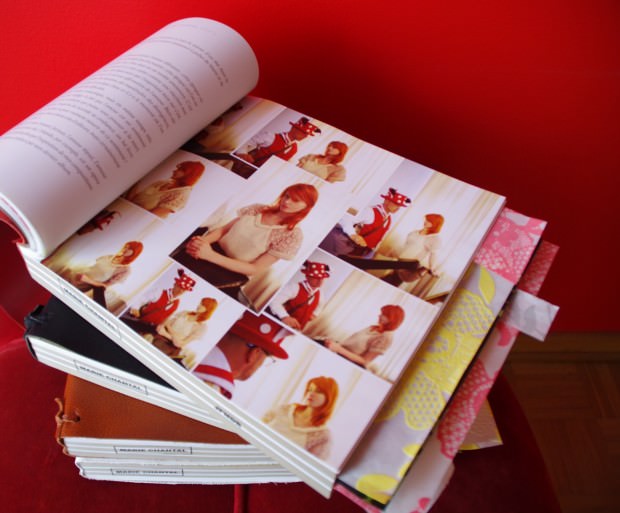 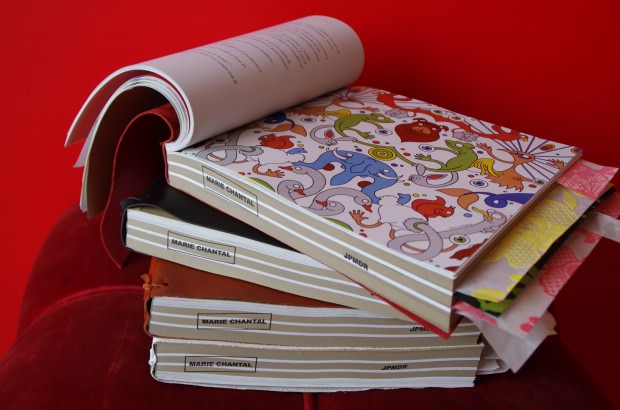 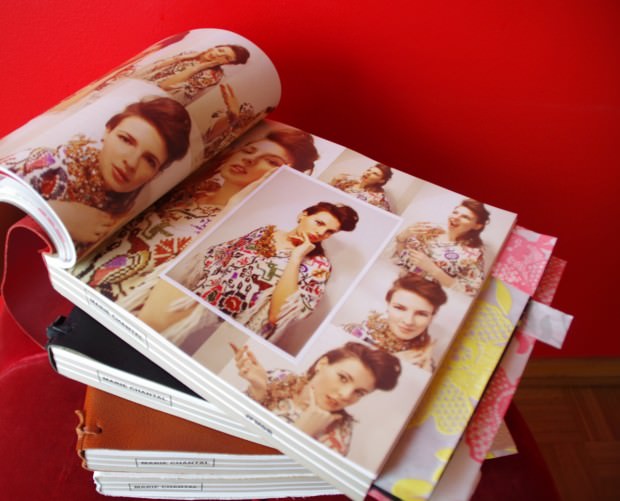 I want too to thank everyone who has helped me to accomplish this project and most of all Elvis Pompilio who was responsible for the design of the photographic part, which was no small task, and then to all my other characters: Cici Olsson, Laetitia Ponthieu, Yo Floch Axelle Red who plays herself, Janelle her daughter, Roman Sepul and Jean Baptiste Fabricatore in particular as well as Claudine Duvivier, Aurore, Rami and Mathilde.”