I flew from Melbourne’s Tullamarine airport.

It was an early morning flight and the airport was just emerging into life as I breezed through the check-in, security, and immigration sections.

Not much was open at that time of the morning. There was a big queue for Hungry Jacks (the Australian version of Burger King), but I followed the lead of the glamorous crew from Emirates who headed to a Hudson Coffee outlet. Not up to normal Melbourne standards but I guess you have to lower your expectations at airports. Tullamarine is a fairly efficient airport but I wish that they had better wifi.

Anyway, on this trip I was heading to the Philippines to catch up with my friends Silba and Deanna and their young son Harvey – Silba’s job has them living in Manila for a year. 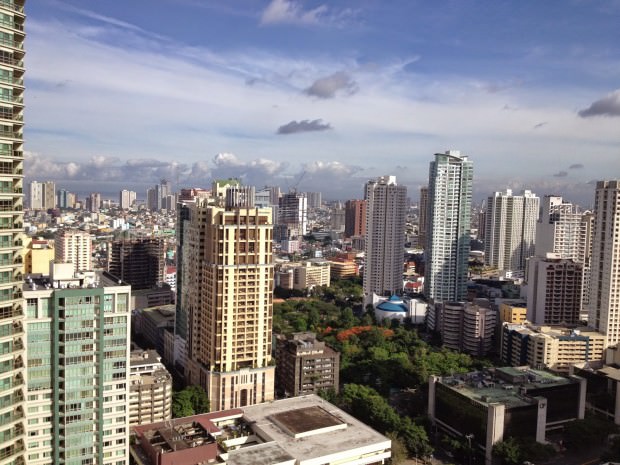 After a few days of relaxing by the pool and enjoying the expat lifestyle of Manila, we headed off to Borocay for a bit of beach time.

Borocay is one of the best known beach destinations in Asia, and it is probably the easiest beach to get to in the Philippines.

We were up early to catch the first Cebu Pacific flight to Caticlan (which is the airport that services Borocay) but unfortunately our flight was delayed and then cancelled. After a bit of persistence by Silba we were able to get seats on a later flight but it meant a couple of hours of hanging around the airport which wasn’t a lot of fun. The Philippine Airlines flights to Caticlan all seemed to be running on time but not the Cebu Pacific, so there is probably a lesson in that. 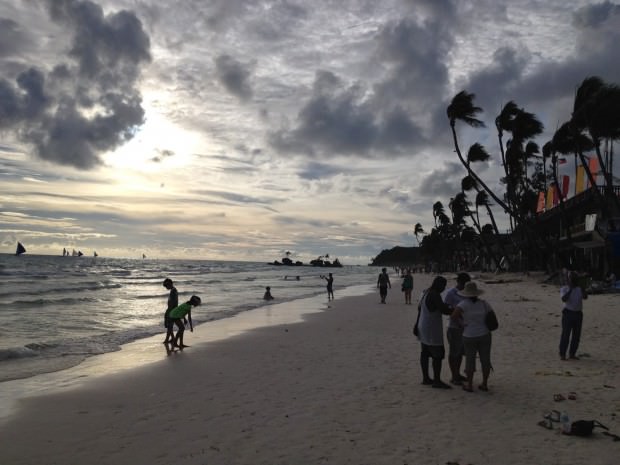 Once you land at Caticlan you have to take a short bus trip and then a short ferry ride in order to get to Boracay.

I’ll be honest, the combination of the delayed flight and a slow transfer meant that journey wasn’t a lot of fun – I think we were just a bit unlucky though as Silba and Deanna have done it before and it’s been much easier and quicker.

We were staying at Jony’s Beach Resort – friendly and modern, just across the road from the beach.

This is what a tropical beach holiday should be. 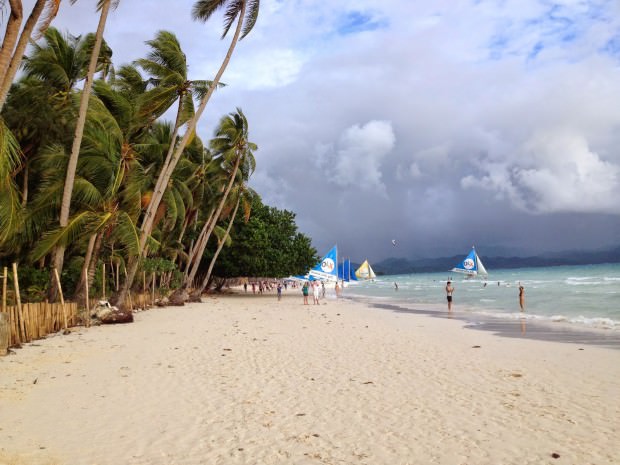 After a couple of margaritas looking out over the water, we strolled along the beach to find somewhere for dinner. The beach is full of bars and restaurants – it reminded me a little bit of Koh Samui in Thailand but a bit less trashier.

The next day we hit the beach – the water is clear and warm, perfect for swimming.

There are quite a lot of touts working the beach – due to my poor sun block skills and dodgy tan lines I was an obvious target for anyone selling hats or sunglasses.

There is lots of diving here, snorkelling and kite surfing are options too. Private boat trips to different parts of the island for swimming and snorkelling are popular choices.

If you are looking for some relaxed beach action then Borocay is definitely worth checking out. 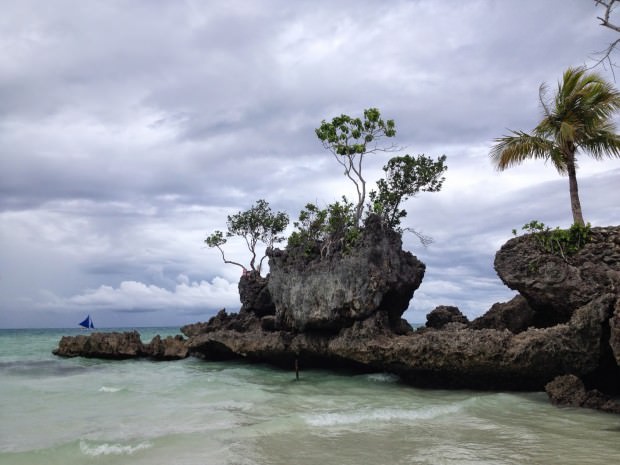