Unveiled on the pop star’s social media channels Tuesday, the Mert Alas and Marcus Piggott-shot ads feature Bieber in his CK skivvies, posing both solo and with supermodel Lara Stone.

Bieber is an interesting choice for Calvin Klein, considering that he’s had something of a tumultuous year or so.

The singer, now model, took to Twitter to express his gratitude, tweeting Mark Wahlberg who was the face of Calvin Klein in 1992: “Just spoke to my boy @mark_wahlberg. Honored to be a part of the legacy. @CalvinKlein #mycalvins”

A series of promotional teasers have been released for the campaign which include Justin playing the drums half naked, looking at the camera smoulderingly whilst being stroked all over by Dutch model Lara Stone, before mutter the words “my Calvins…” which will surely melt hearts globally. 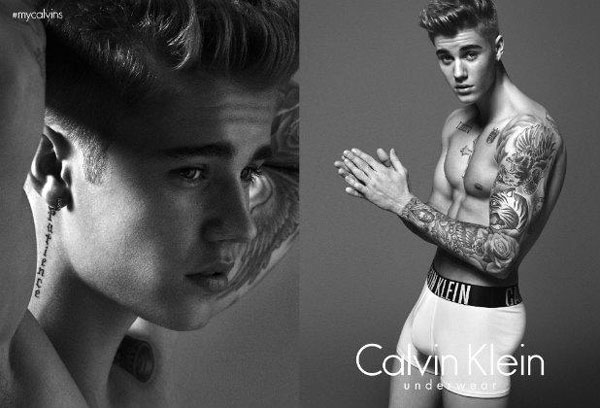