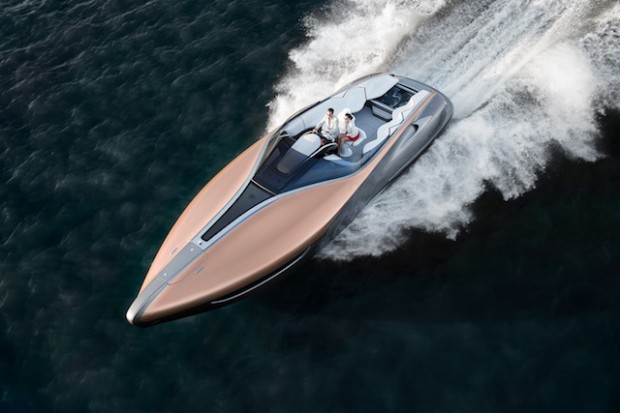 A few years ago, the Toyota Marine Department invited TMC President Akio Toyoda to spend several days on the water driving the new Ponam range of premium yachts soon to be launched in Japan.

As a master driver, Akio Toyoda was inspired by the power of the turbodiesel powertrains and the handling and stability of the advanced hull designs; as the Chief Branding Officer of Lexus International, he also appreciated the potential of a stylish premium performance yacht to complement the Lexus lifestyle.

This led the Marine Department to envision how a premium performance yacht might expand the Lexus brand into new areas of lifestyle and recreation. On January 12, 2017, Lexus revealed the result of this project, a running proof-of-concept for a Lexus Sport Yacht, at Di Lido Island on Biscayne Bay, Miami Beach FL. 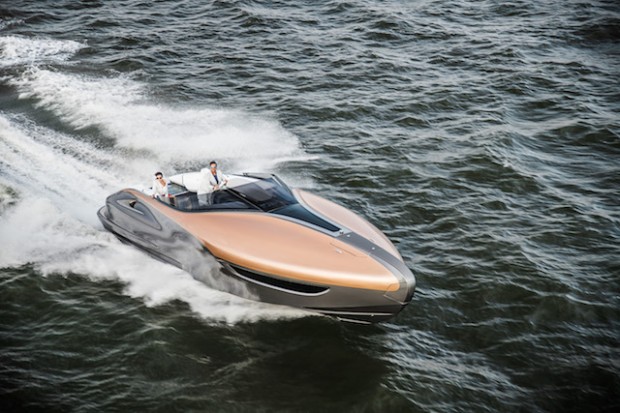 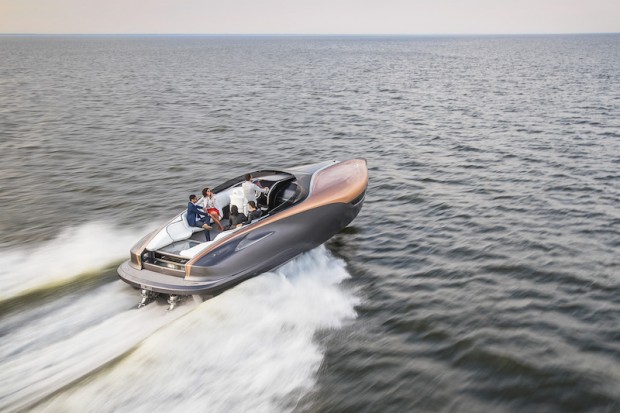 A brief for an open sport yacht for recreational day-touring with six to eight guests, powered by twin high performance Lexus V8s and with advanced styling and handling was given to the Lexus Design Centre in Toyota City, Japan.

The selected proposal continued to be refined throughout 2015 as the Marine Department engineered the construction and on-board marine systems.
As a concept, the Lexus Sport Yacht revealed at Miami is a bespoke one-off project with no production intent.
To produce this single example the Marine Department selected the Marquis-Carver Yacht Group of Pulaski, Wisconsin, USA, based on their in-house engineering and manufacturing capabilities and their skill in large hand laid composite structures. 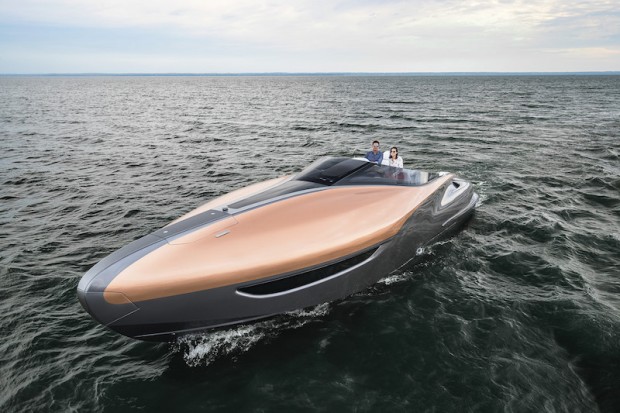 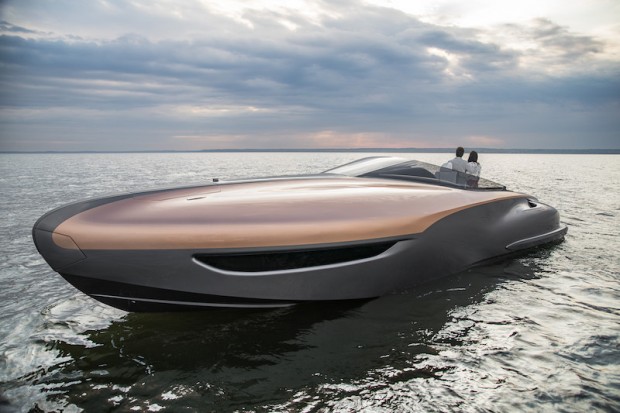 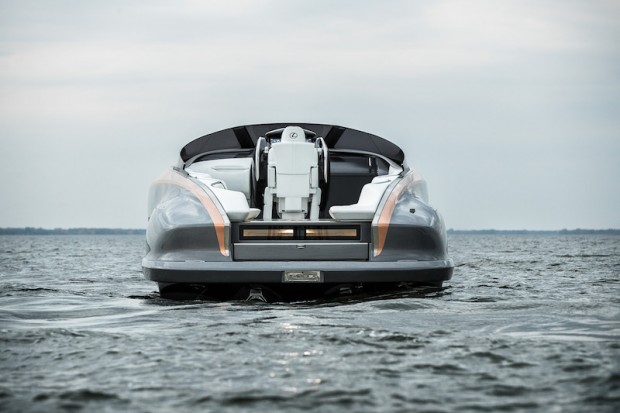 The concept is powered by twin 5.0-litre V8 gasoline engines based on the 2UR-GSE high-performance engine of the Lexus RC F coupe, the GS F sport sedan and the new LC 500 grand tourer. Each engine produces over 440 horsepower / 446 DIN hp / 328 kW, driving the yacht at speeds up to 49 miles per hour (43 knots) through a pair of hydraulically controlled inboard/outboard stern-drives. A bow-thruster with joystick control aids in docking.
The captain controls and monitors on-board systems from a colour touchscreen panel at the helm; screens show GPS navigation, digital charts, surface radar, underwater sonar, lighting and entertainment systems. The captain’s seat is power adjustable; the armrests fold out to become jump seats on each side for very special guests. 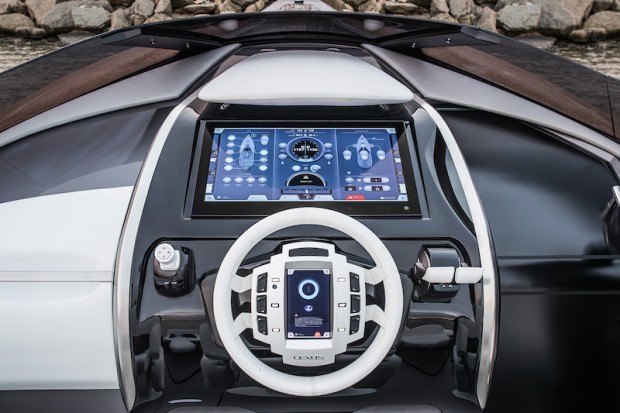 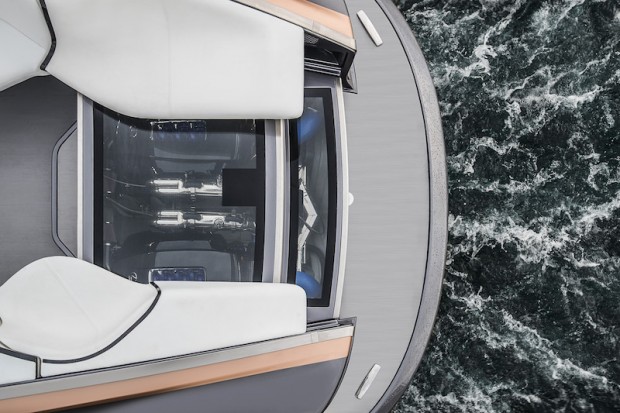 The forward passenger cabin is inviting in luxurious Lexus leather with wood and glass details. A standing height, sofa seating for six with a table, and air conditioning create a comfortable environment for intimate entertaining.
The galley features a two-burner stove, sink and under-counter refrigerator; a beautifully finished head includes a shower.
An integrated audio-video entertainment system is fully networked, with 4G Wi-Fi & WAN. Sound reproduction is by Revolution Acoustics surface-mounted drivers using the ceiling panel as a transducer, powered by a Mark Levinson® Reference digital amplifier