The popular masculine aquatic fragrance from Bvlgari, Aqva Pour Homme, was created by perfumer Jacques Cavallier in 2005. Its new version comes out in March 2017 as Aqva Pour Homme Atlantiqve, signed by the same famous nose.

Finding a suitable fragrance isn’t just about smelling good, it goes a lot deeper than that. It’s about the inner kick you get in the morning whatever your mood; the confidence with which you enter different spaces and interact with people, no matter how you look. It’s about having a personality even though you might think that you don’t have one.

Discovering a fragrance that speaks to you on all these levels is like discovering an underground artist that for some reason, has songs that you feel were written specifically for you and about your life; even though they obviously don’t know you.

The fragrance initially opens up with notes of bergamot, lemon and what Cavallier refers to as the ‘vital water accord’. In the heart of the fragrance, there’s a ‘sea amber ’note which is supposed to evoke the depths of the ocean, located in the heart of the composition. Its top notes include accords of Calabrian bergamot, Sicilian lemon and a “vital water” accord”. The base ends with woody tones of vetiver, patchouli, sandalwood and benzoin.

Just to know, the sexy model of the campaign is Justice Joslin, shot by Michel Sedan. 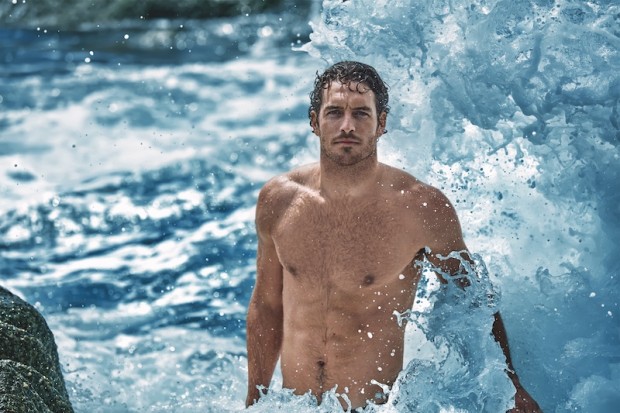 It’s the perfect fragrance for a sunny day out of town, and always works very well for an office environment. While it’s not necessarily an intense fragrance, it could also work well for an romantic evening or a long night on a dance floor!