In a week that saw President Trump announce a ban on transgender people serving in the military, the next stage in Absolut’s Kiss With Pride campaign couldn’t have come at a more appropriate time.

Following the brand’s “Equal Love” film from a few weeks ago, the brand has launched a new poster campaign and Snapchat lens to mark the 50th anniversary of the decriminalization of homosexuality in Britain.

But according to LGBTQ rights organization Stonewall, same-sex activity of any kind is still illegal in 72 countries, and punishable by death in eight.

Shot by photographer Sam Bradley, the poster series features individuals from those 72 countries sharing a same-sex kiss to celebrate their own freedom of expression.

The campaign was created by agency BBH London, and executive creative director Ian Heartfield says the idea for it came about when the brand was looking at ways to celebrate the 50th anniversary of the legalization of homosexuality in the UK. “When we found out that there are still 72 countries where being gay is illegal, we decided to make this the focal point of our campaign. From there, it was an easy step to the idea of 72 kisses from 72 countries,” he says.

The posters were unveiled at a launch event at the Houses of Parliament, and the #KissWithPride Snapchat Lens will see £1 donated to Stonewall for every use.

The Head of Marketing at Pernod Ricard UK, Adam Boita, said: “The fact that millions of people around the world still aren’t free to love who they choose goes against everything Absolut stands for.

“The Kiss With Pride campaign is something we’re extremely proud of.” We agree! We are proud too! 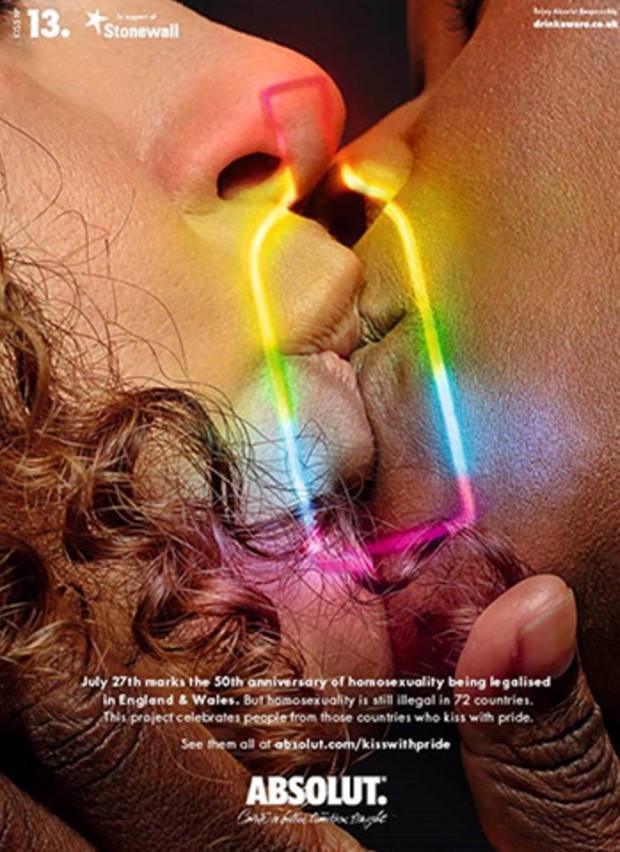 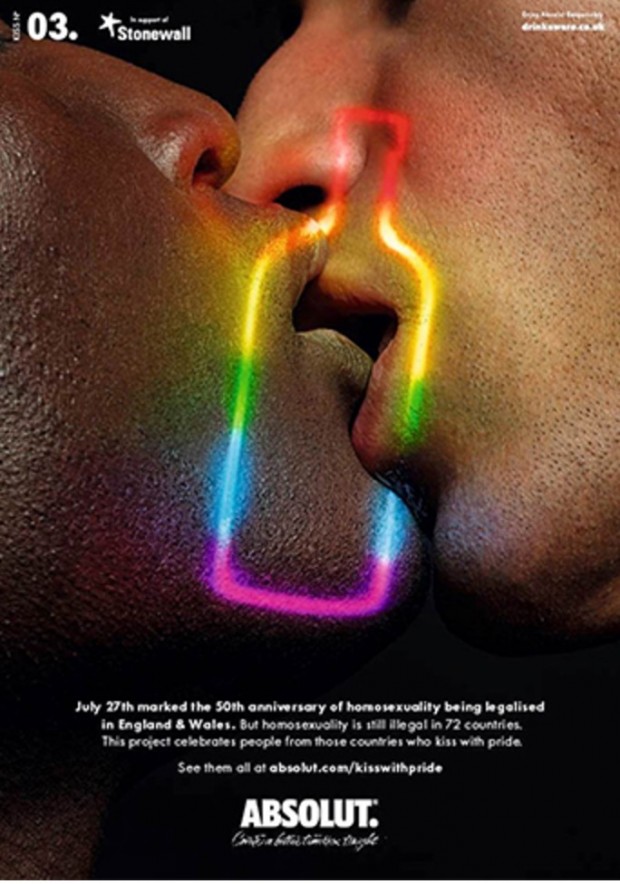