A fashion campaign that features sharply dressed female models flanked by a naked man has started a debate about objectification. 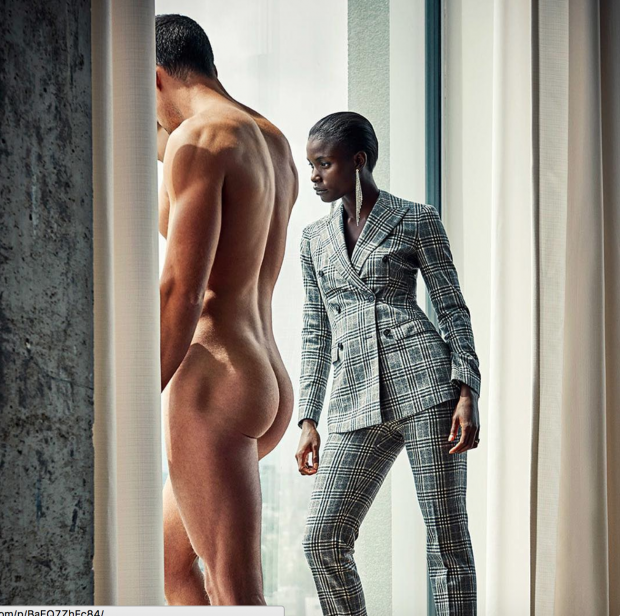 Suistudio launched the campaign with the hashtag #NOTDRESSINGMEN to advertise their collection of menswear-inspired garments aimed at women. Suistudio is pegged as the “little sister” of American gentlemen’s fashion label Suit Supply, which previously came under fire for showcasing imagery deemed to be sexist and mysogynistic in its ‘Toy Boy’ campaign.
Suistudio’s “Not Dressing Men” campaign features suited women as the dominant, powerful stars of the ad, with naked men being used as merely props in the background. 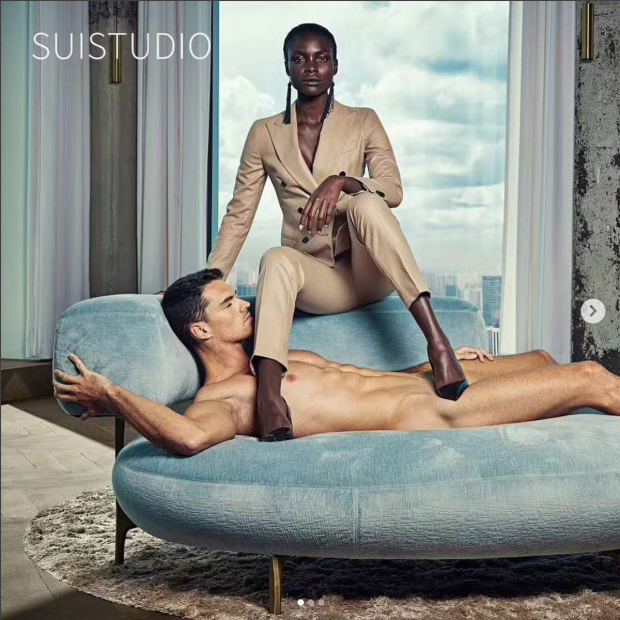 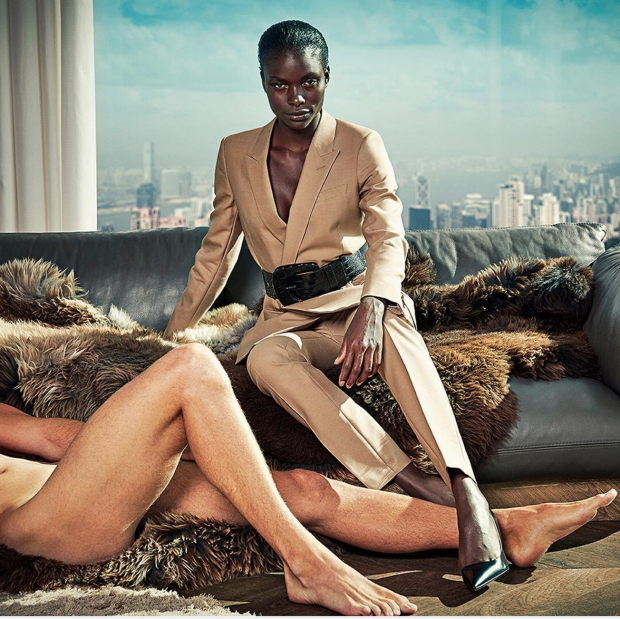 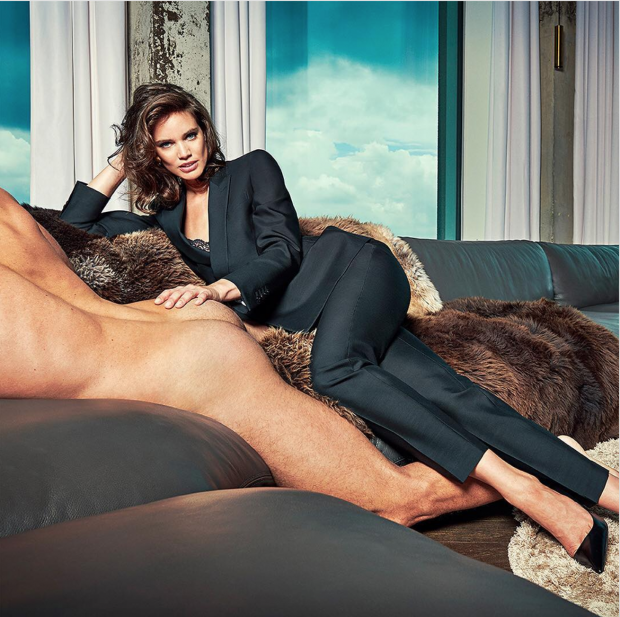 The sharp suiting has been getting a warm reaction on social media but the nudity in the adverts has provoked a somewhat chillier response from some.Suistudio vice president Kristina Barricelli defended the campaign in an email to Upworthy, explaining that the ads are meant to have viewers rethink the strict gender roles that have been consistently reinforced through advertising.

There is nothing wrong with sex, the naked human body, and the inclusion of that in a campaign. Sex is a big part of fashion,

The problem is that in recent history, we haven’t seen a naked man objectified in the background. How strange! Why not?

The brand is not shy of courting controversy and we love that!