The Dunhill Icon Racing is the newest addition to the Dunhill London Icon Collection.
I love Dunhill ICON. When it was launched back in 2015 I named it as one of my favourite fragrances of the year, even going so far as to call it a future classic.
The latest addition to the mens Dunhill London ICON Fragrance Collection, takes inspiration from the thrilling adventure of driving through the British landscape in a racing green, open-top sports car.

A fragrance which propels the notion speed, masculinity and freedom, Dunhill London ICON Racing distils energy and masculine sophistication in every bottle.

With Italian Bergamot, Grapefruit and Cardamom enhancing authentic notes of black pepper and lavender ICON Racing embodies a fresh aroma for men on the move.The drumbeat of Guaiac Wood, Vetiver and Musk deliver warm and masculine base notes.

The distinct green color of its package, named British Racing Green, depicts the glorious victories won on the circuits all around the world by daring racing drivers while it’s also associated with the innovative and high-quality machinery produced during Britain’s golden age of engineering. A fragrance of speed, masculinity, and freedom, the Dunhill ICON Racing smells just as masculine as it sounds! 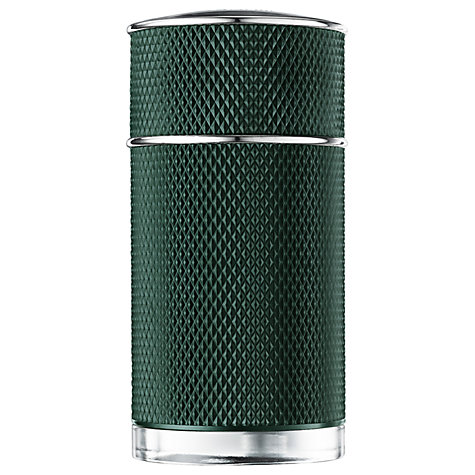 A rather everyday and sporty fragrance, the Dunhill Racing may not be my usual choice, but it does make me feel like a badass when I have it on. If you are the “leather jacket and denim” kind of guy, then this one is definitely for you as it compliments the whole look amazingly!