ATECa is Seat’s first proper crossover. The Ateca plugs that hole in style. Closely related to the Volkswagen Tiguan and the Skoda Karoq, this Spanish interpretation of the SUV looks mildly sensational. It comes closer than any before in plugging the gap between soft-roader aesthetic and handling aptitude. 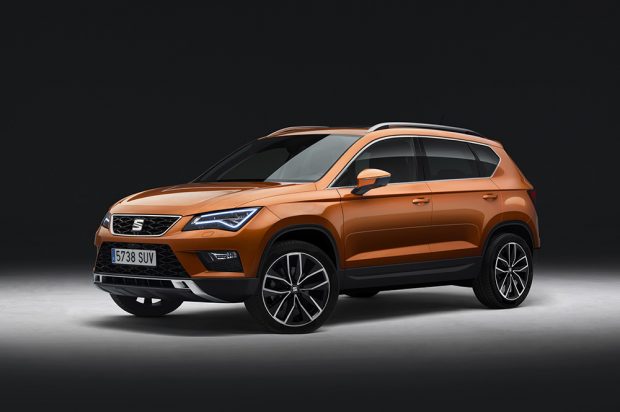 It shares a lot with the new VW Tiguan, but is smaller. Most Ateca versions are FWD but 4WD can be had with the diesel.
The Ateca is the product of Seat’s most recent refocus at brand sustainability within the mighty VW Group. 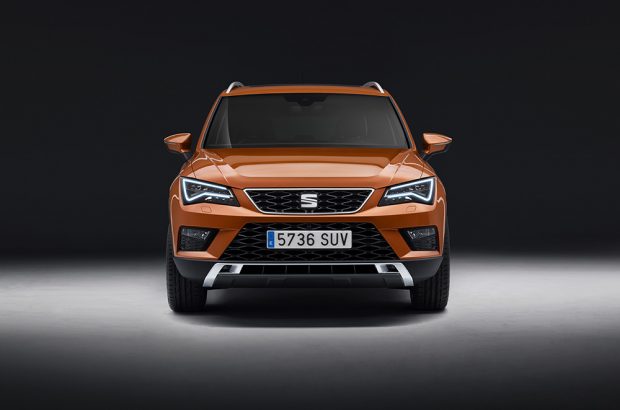 The cabin is neatly designed, all straight edges and angled corners. Space is competitive and comfort is aided by cushy seats and the sense of space is amplified further by the amount of rear head room available, with the car’s bearskin-swallowing roofline. 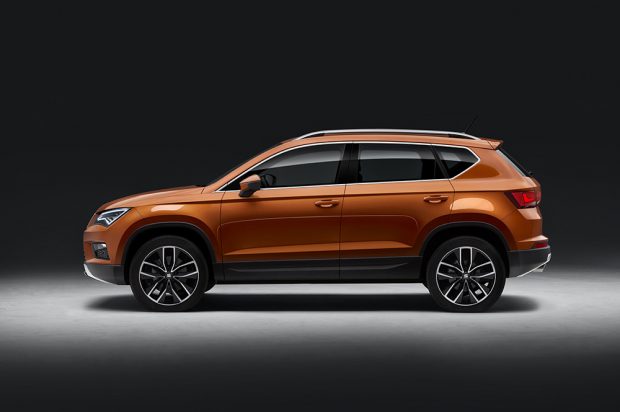 In keeping with the sporty image, the seats in all models have more side support than many competitors. This means you don’t find yourself hanging on to the steering wheel to keep yourself from sliding around the car through bends.
Thanks to its high-set seats, the Ateca gives you a great view down the road. And its windscreen pillars aren’t too thick, which makes pulling out of junctions no chore.
Entry-level S models receive a 5.0in monochrome touchscreen system with an FM radio, USB port, SD card and Bluetooth connectivity. We’d advise going for SE trim at least, though, so you get a full colour 8.0in touchscreen. 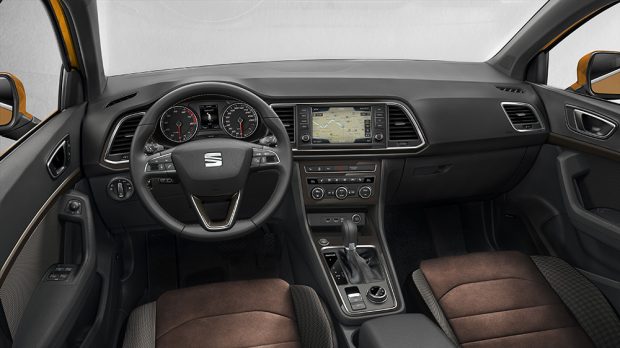 SE trim also adds voice control and four extra speakers, but no sat-nav or DAB radio. Both of these are bundled together as a reasonably priced option or come as standard on top-of-the-range Xcellence, business-focused SE Technology and sporty FR trims, although the latter is only available on certain engines.
There’s plenty of soft touch plastic on the dashboard and higher spec models get attractive piano black trim to replace less attractive matte black areas. 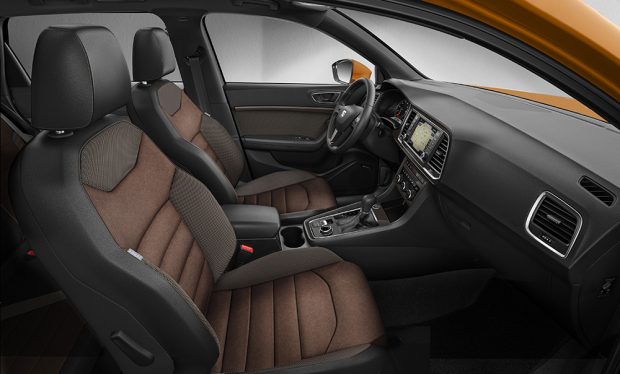 The boot is a big and practical shape, with a handy double floor.
Even entry-level S models get 16in alloy wheels, air-conditioning, a multi-function steering wheel, Bluetooth connectivity and a 5.0in infotainment system. If you are spending a little extra to upgrade to SE trim, though, this adds 17in wheels, cruise control, rear parking sensors, an 8.0in colour touchscreen, smartphone integration, climate control and a rear armrest.
SE Technology makes the most sense, adding LED headlights and sat-nav to all the stuff you get with regular SE trim.

FR models are currently the sportiest looking Atecas, coming with 18in alloy wheels, a gloss black grille, twin exhausts, body-coloured wheel arch surrounds and sports seats inside. You also get LED headlights, an upgraded sat-nav and a rear view camera as well as all the trimmings of SE. Ultimately, you are mainly paying for the looks, however.

Range-topping Xcellence trim gains sat-nav, a DAB radio, heated seats, a reversing camera, rain-sensing wipers and dusk-sensing LED lights, but we’d stick to one of the cheaper trims. And there are plenty of tempting options…

The entry engine is a 1.0-litre three cylinder turbo petrol, a refined and willing engine in smaller hatchbacks but it’s always going to struggle in a family SUV. The sweet spot of the range, unless you’re bent on best economy or need 4WD, is the 150bhp 1.4 turbo petrol. It’s refined, and, because this version is considerably lighter than the 2.0-litre 4WD diesels, it feels almost as lively.
For the quietest drive, though, look to the petrols… The 1.4-litre petrol has plenty of oomph so you don’t have to work it so hard, and even when you do it’s still pleasingly smooth. 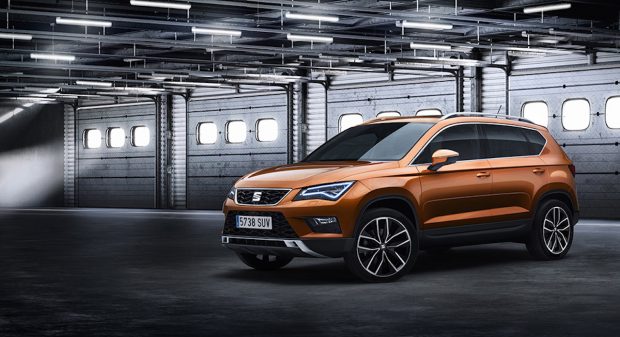 All versions currently come with a six-speed manual gearbox as standard, save the 1.4 TSI and the 2.0-litre petrol and diesel, which can be had with a seven-speed DSG dual-clutch automatic.
And except for the entry-level model, all Atecas receive Seat’s Drive Profile dial, which (as the suspension is passive) is generally limited to tweaking the throttle and electric steering feel – although in the all-wheel-drive versions it adds Snow and Off-road modes. 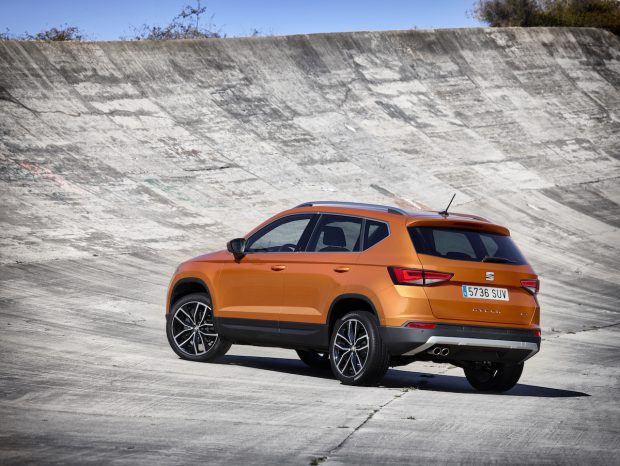 I was testing the Ateca during a week-end travelling to France. I just arrived in the rush hours of a big city I didn’t know. Lanes full of swarming lorries, cars and motorbikes means you need certain things to drive through the city: the Ateca has them. It’s the perfect compact car with the right temperament with a reliable sat-nav that directs you at the precise moment.
On the motorway, during two hour driving stints, I set the cruise control at 130km/h and activate Lane Assist. It allowed the Ateca to gently veer between the dotted lines, and on some serious sweeping gradients it felt close to breaking out of the lane. It’s at its most useful on the motorway, where it protests assertively if you threaten to exit your lane without indicating. On this motorway cruise, the Ateca’s rolling refinement was perfectly fine. Wind noise was the most prevalent sound. 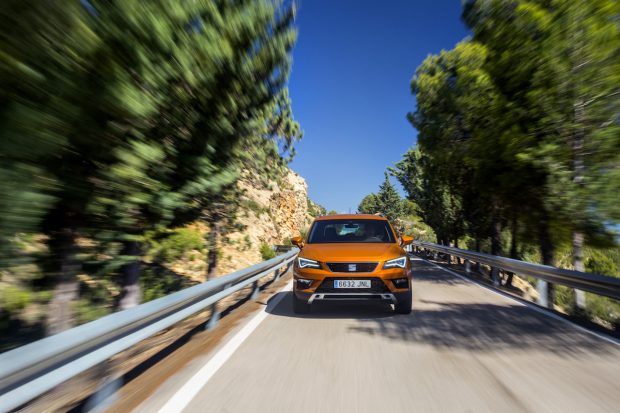 Small SUVs have a tough brief – despite their raised stance, they are expected to corner without leaning too much while still offering decent ride comfort. Fortunately, the Ateca strikes a decent balance.
The Ateca is one of the best handling small SUVs I tried. The suspension is firm enough to ensure you don’t get too much body lean when cornering, which helps make the Ateca feel agile. Meanwhile, the steering is precise and offers decent feedback, making it easy to place the nose of the car where you want it.
There’s plenty of grip, too, and four-wheel drive models are even more fun because you can subtly feel power being sent to the rear wheels. Put simply, if you like driving, the Ateca should be top of your list of small SUVs.
In addition to being great to drive, the Ateca is at the top of its class for driver comfort. The pedals, seat and steering wheel are also nicely aligned, helping to keep you relaxed on lengthy trips. 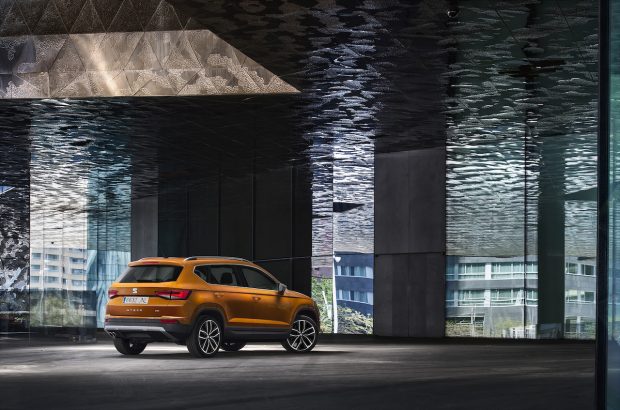 Happily, Seat’s first crossover is an assured accomplishment, instantly establishing its place in a popular, margin-rich segment while also surpassing second and third-generation rivals to boot. Instead, it shrewdly met buyer expectations in the key areas of practicality, usability, appearance and fuel economy.
Good to drive, economical to run, solid to the core with quality VW group engineering and excellent value for money, the Ateca transformed my view of the Seat brand!
The ATECA should become the new leader of its class for all the right reasons —Attractiveness included!