Athens tends to figure into our travel planning as a summer stop-off, spending a night or two on the way to one of the numerous islands that are on everyone’s wish-list.

But Athens is a city that is a mini-break destination in its own right. We were recently there for a few days in early December, and it absolutely ticked all of the boxes.

If you’ve got even just a passing interest in history, you’ll already know that Athens is a city that lives and breathes its history at every turn. There are some big landmarks – such as the Acropolis – which are worth exploring, but if history isn’t your thing then find a rooftop bar and admire it from a distance. 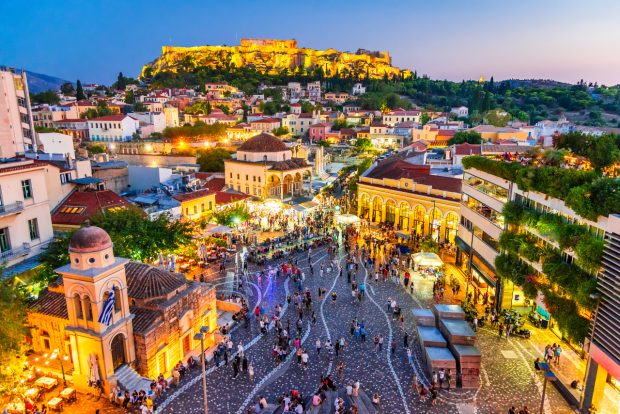 Undertaking a bit of a culture walk, we visited the Municipal Gallery and also The Breeder.

This is the Metaxourgeio neighbourhood – an old industrial part of the city. This is generally known as the ‘red light’ district of Athens but it’s also where you’ll find a number of galleries. It’s a universal rule that the edgier parts of a city tend to be the most interesting.

The Municipal Gallery was presenting a retrospective of the work of George Ioannou – a great example of the power of pop art, the artist cleverly incorporating orthodox religious symbols in his work.

Over at The Breeder, two artists were being showcased – Theo Triantafyllidis is a digital artist creating immersive installations, while Dimitris Gketsis creates wall reliefs that draw on mythology.

It was all very cool and very queer – we felt as if we’d had a glimpse into another side of the city. 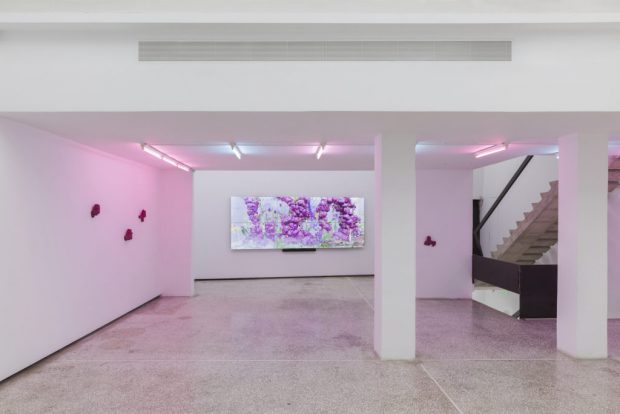 We’d escaped a particularly bleak London for our Athens mini-break – to us, the early December weather felt mild and really pleasant. Meanwhile, the locals were all dressing like they were about to embark on an expedition to the Arctic Circle – I guess it’s all relative.

For us, this sort of temperature was perfect. Sure, it’s a stretch to call it a ‘winter sun’ destination, but the weather in Athens is definitely one of its positive features. 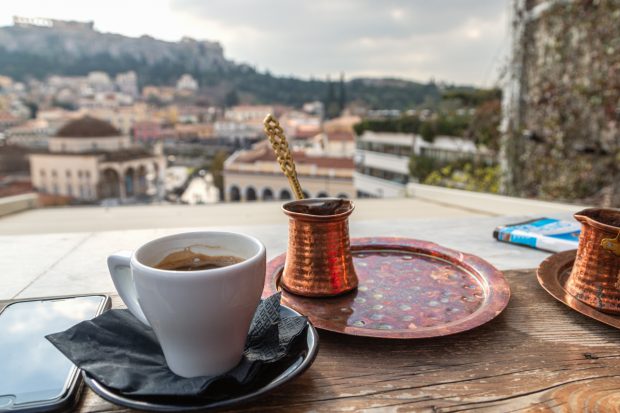 The food. The drinks. The nightlife.

We had a feast of traditional Greek dishes at L’œuf Du Coq, and exciting contemporary dishes at Diego. We drank cocktails at the Blue Parrot – locals were also recommending that as a brunch option.

Obviously, we also had a souvlaki or three, the occasional Greek salad, and a cheeky ouzo now and then – these essentials are awesome, but there’s a lot more to discover as you explore the food scene in Athens.

Going out was also a lot of fun. There’s two main options – Shamone and Sodade. Maybe we just struck it lucky, but it felt like everyone was there to have a good time – to drink and laugh and dance. In our books, that’s a good night out. 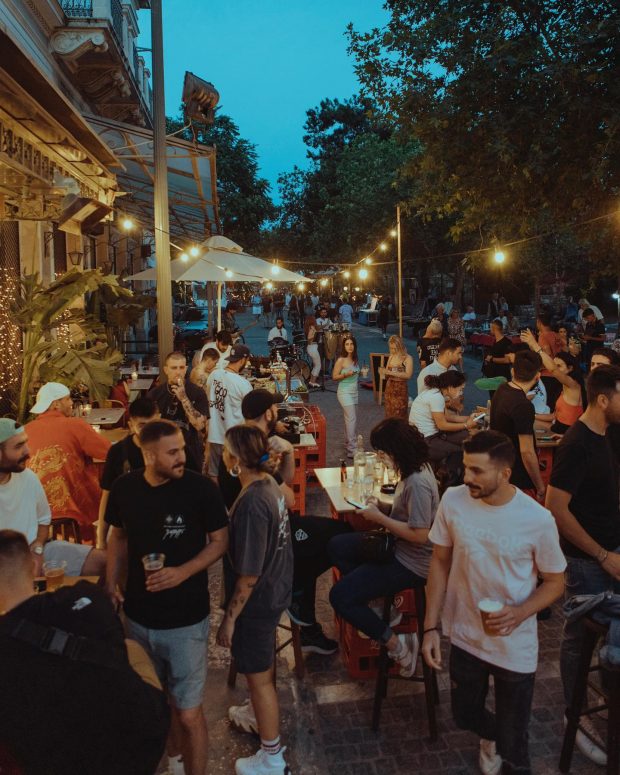 We stayed at Lighthouse Athens – it’s in a great location on Omonia Square.

Easy to get to by train from the airport, we loved the energy of this hotel. It was comfortably luxurious without being stuffy, everything worked, and the extensive breakfast buffet demanded our attention.

Lighthouse is part of the Brown group of hotels. Nearby options in this group include the Acropol and also Dave. 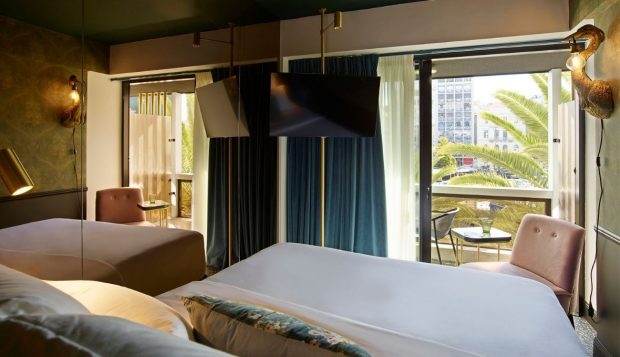 We’ll be going back to Athens. We liked this city – we liked its vibe.