After the extraordinary “Pénombre”, other universe, other choreographers, and return to Theâtre 140, for a few more evenings to attend as privileged audience the first steps of a new creation: “Un coup de don” by Ariadone dance company. 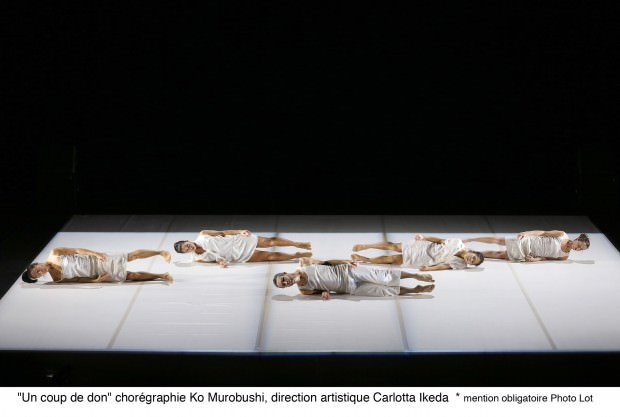 “Un coup de don” signs the return of the collaboration between Carlotta Ikeda (aged 71) and Ko Murobushi who had a great success 20 years ago on that same 140 stage with “Zarathustra”.

The story:
Change of theme here as Carlotta Ikeda and her six dancers will be questioning their own humanity and balance disturbed by the nuclear industry since Hiroshima, Chernobyl and the recent tragedies in Fukushima.

Ariadone Co. leaves the world of floured bodies and the confinement of women to discuss this urgent global problem in light of its own experience and collective memory.

Stupor, tremors, slowness of the body through a contaminated area, Carlotta offers us a maverick meditative gestures language through a very contemporary work, far away from her creative past.

Welcome to a sensitive, metaphorical and emotional dance performance well beyond the actual reflection generated by these dramatic backdrop events.

Butoh dance:
In Butoh dance, the body – while not freed from the soul – is however dissociated from its intention, will, consciousness, desire and unconsciousness. The corpse is equipped by establishing highly diverse relationships with elements of all kinds.

Butoh explodes our usual ways of perceiving, considered ineffective and yet difficult to get rid of, melded to our skin, anchored in our bones.

That dance is not designed to be watched but instead to be grasped, grabbed, caught.

Writing :
Carlotta Ikeda and Ko Murobushi intend to compose a choreographic pamphlet which questions the origins of Butoh, memories of the Hiroshima cataclysm and the grotesque character of the nuclear crisis being experienced in Japan following the recent tsunami.

We were not born with the atomic bomb. Our experience of death should be found far away from our memories, in a place inside, so deep buried that we think of it as being out of reach.

And this is where Hiroshima intervened and opened the way to your own experience of ruin and to countless others.

Various inspiration sources had lead the choreographers to that artistic work; among which this picture from American Army archives. 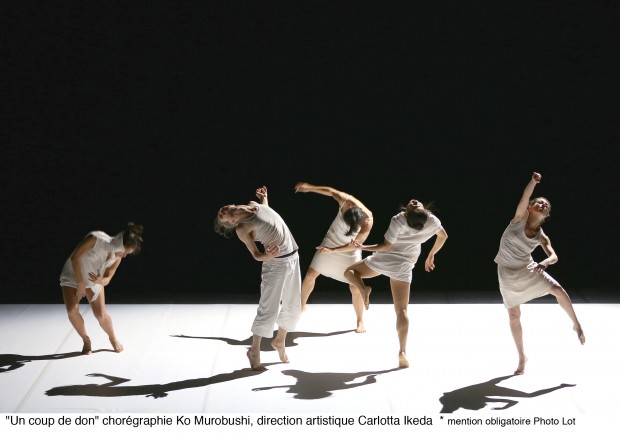 Questioning the meaning of existence: the shadow of a man etched into a step as his body is consumed in an instant after being exposed to the atomic bomb and its heat of ten thousand degrees and thousand suns, remembering that extreme whiteness burns and forever etches a presence into disappearance in a flash.

On contact with this shadow, Murobushi asked himself what that nobody person might have experienced in that instant and puts it in terms of visual arts: can you dance on feet which no longer know how to stand?

With a syntax of contorsion and an imagination thoroughly kept in the flesh and bones, ethically refusing meaningful gestures, Carlotta Ikeda & Ko Murobushi clear a path through to a way of making it possible for those who did not experience the catastrophe to grasp what Hiroshima is, without being crushed by the immensity of the event. 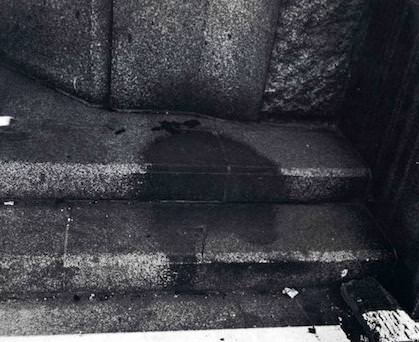 Have a look at our newly opened dance section