It is now a tradition that the Chain Bridge in Budapest receives special illumination on socially relevant memorial days. The Széchenyi Chain Bridge was illuminated for the first time on 1 December 2019 in connection with World AIDS Day in the color of the red ribbon that became the symbol of the fight against AIDS. Concluding the European Testing Week, this symbolic move took place for the first time in Hungary and we hope to be able to remember this way every year from now on. 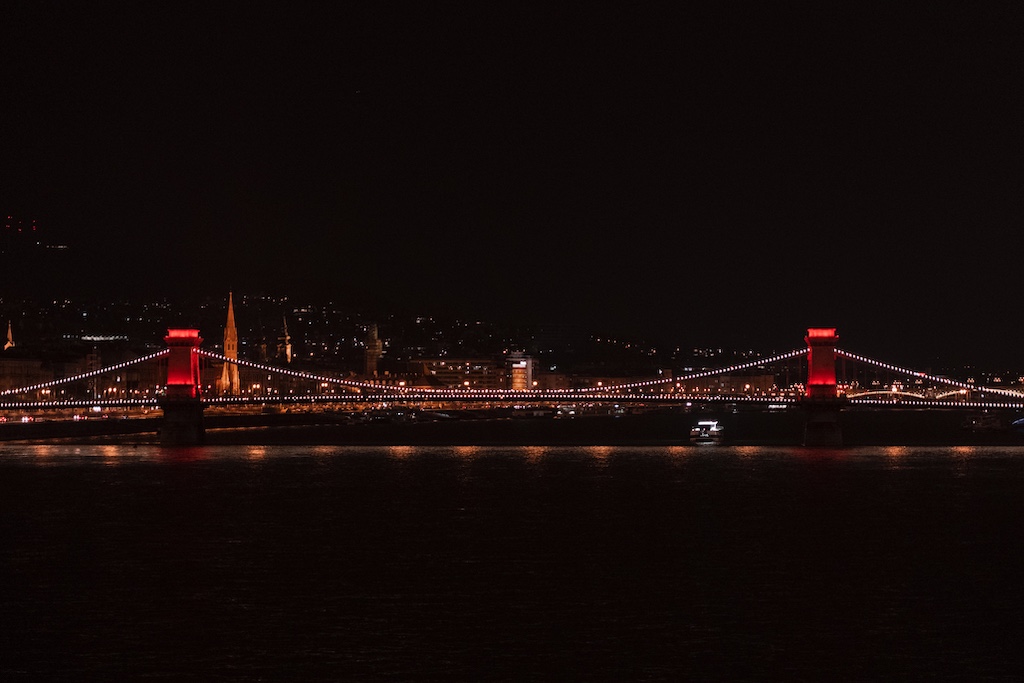 The unique event was organized by HIVszures.hu and Humen Media to raise awareness to the importance of regular HIV testing and safe sex as well as acceptance of people living with HIV. In addition to the illumination, they also held a march across the bridge – after the crowd gathered on Clark Ádám Square on the Buda side, the walk began at five o’clock in the afternoon.

HIV (human immunodeficiency virus) has been present in Hungary for more than 30 years. Since 1985, 3,965 people living with HIV have tested positive. The disease is now treatable, but that requires an early diagnosis – many people arrive to the doctor late and have AIDS by then. According to data available since 1985, a total of 1,040 AIDS patients have been diagnosed in Hungary, of whom 415 have passed away since. Last year, 222 new HIV-infected patients were diagnosed, 57 of whom had already developed AIDS. That is why doctors, experts, and HIV activists alike emphasize that regular testing is extremely important, but the willingness to do so is unfortunately very low at the moment. 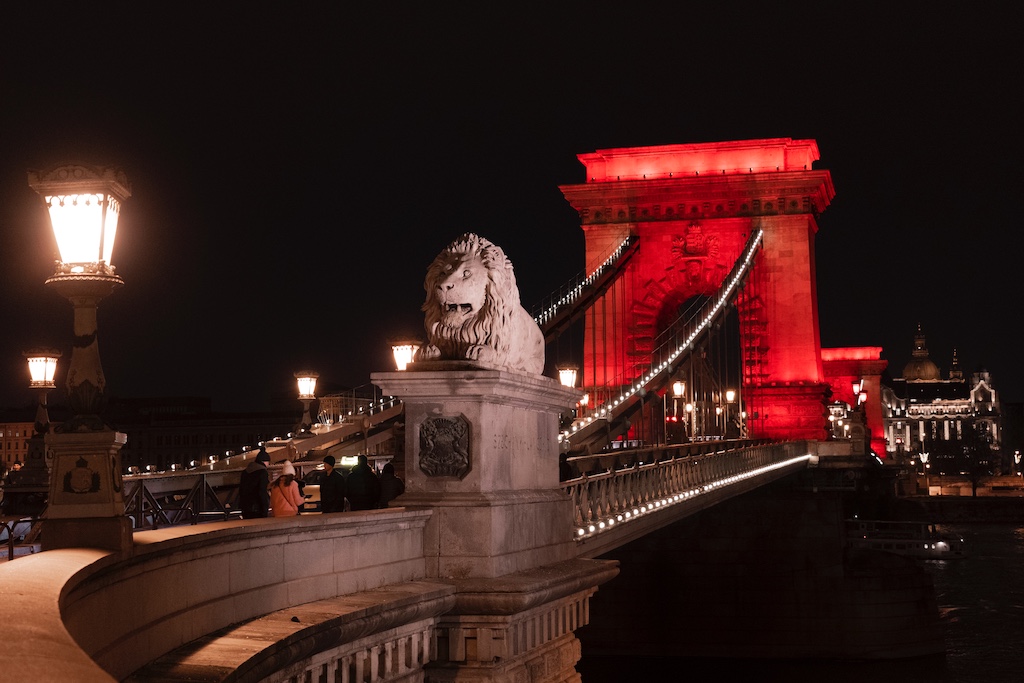 In addition to the walk in which many participated and shared images on social media, several events and flash mobs were held on World AIDS Day in Budapest, and another related commemoration a week earlier. On 24 November, the anniversary of Freddie Mercury’s death, a couple of Queen fans set up a small memorial on the promenade along the Danube river in front of the hotel where Freddie was staying at the time of his memorable concert in Budapest. Fans strive to keep the memory of one of the most well-known victims of AIDS alive and to keep the candles burning.