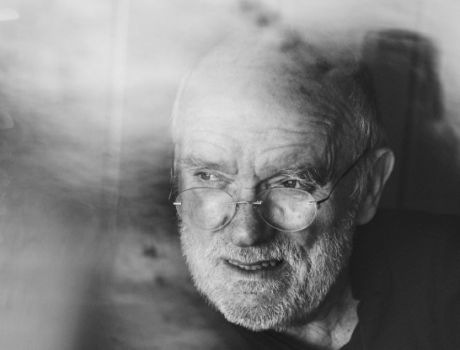 Between 15 December 2022 and 14 May 2023 at the Espace Vanderborght, the City of Brussels will host Untold Stories, the posthumous exhibition of works by the pioneering photographer, Peter Lindbergh. After holding exhibitions in several European cities, it is the turn of Brussels, capital of the European Union, to honour this artist whose works have earned him a place among the greatest contemporary photographers of all time.

A sublime retrospective that pays tribute to Peter Lindbergh. This exhibition represents his artistic vision that was built and nurtured through four decades of work, encounters and creativity. Every day for three years, Lindbergh spent his days and nights researching, editing, and assembling photos that would open up new interpretations and create a sense of surprise.

Peter Lindbergh creates a new form of realism by redefining the canons of beauty through timeless images marked by the influence of documentary photographers, traveling photographers and photojournalists like Dorothea Lange, Henri Cartier-Bresson and Garry Winogrand, even if his masters remain André Kertész, Richard Avedon or Irving Penn. His humanist approach and his idealization of women set him apart from other photographers.

Peter Lindbergh is above all interested in the soul and personality of his subjects. Convinced that the interest of a subject lies elsewhere than in his age, he shakes up the standards of fashion photography at a time when we are used to excessively retouching images.

Thanks to the involvement and support of the city and the collaboration of the Peter Lindbergh Foundation, these unpublished photos, videos and large formats will be on display for four months in the Espace Vanderborght in Brussels. 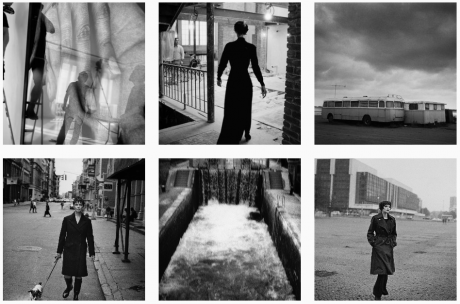 2018 marked the beginning of a friendship between Bruno Pani (founder of the events agency Profirst and the social club TheMerode) and Peter Lindbergh, the iconic photographer from the 1980s to the present-day. Lindbergh revealed a human touch, capturing the fragility in the strength of models, marking his era and the emergence of the Top Models. He collaborated with the leading glossy magazines of the day, Vogue, Harper’s Bazaar, Rolling Stone and Vanity Fair. He remains the only photographer to have captured the mythical Pirelli Calendar three times. Through his lens, the famous Naomi Campbell, Kate Moss, Cindy Crawford, Linda Evangelista and Helena Christensen, set the trend fora new expression of femininity – raw beauty.

“THIS SHOULD BE THE RESPONSIBILITY OF PHOTOGRAPHERS TODAY, TO FREE WOMEN, AND FINALLY EVERYONE, FROM THE TERROR OF YOUTH AND PERFECTION. ”

In September 2019, Peter Lindbergh put down his camera for the last time, but the power of his cinematic-scale remains forever immortalised in each of the images that literally and figuratively pushed the boundaries of fashion photography. Before his death, Peter Lindbergh created a foundation with the aim of preserving his work. Since then, the Peter Lindbergh Foundation continues to promote his photographic heritage, notably through the Untold Stories exhibition, initially conceived in collaboration with the Kunstpalast in Düsseldorf. 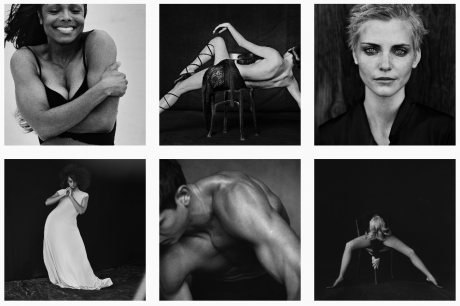 Untold Stories will unveil more than 150 works freely associated by the author to create a mise en abyme and a dialogue between the photos, superimposing the person whodiscovers, the person who poses and the person who is just passing by. A monumental and immersive experience that combines barely known or completely unpublished photos with the artist’s most iconic shots. Photography in motion, vibrating with the energy of portraits through which Peter Lindbergh helped elevate fashion photography to the rank of art. 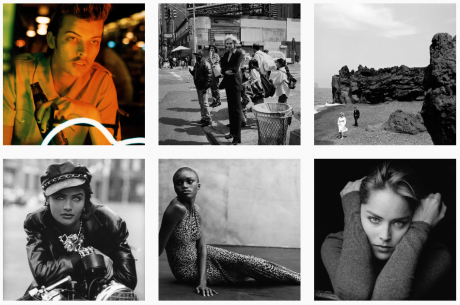