When Denis Van Esser started his activity as a jeweller 40 years ago, he did not know that years later he would take his profession to the watchmaking industry and turn his passion for watches into a reality by creating his own exclusive model.

The adventure was predestined, however, since after obtaining his diploma as a jewellery watchmaker in Antwerp in 1980, his first professional experience was in La Chaux-de-Fonds, the capital of fine watchmaking in Switzerland. 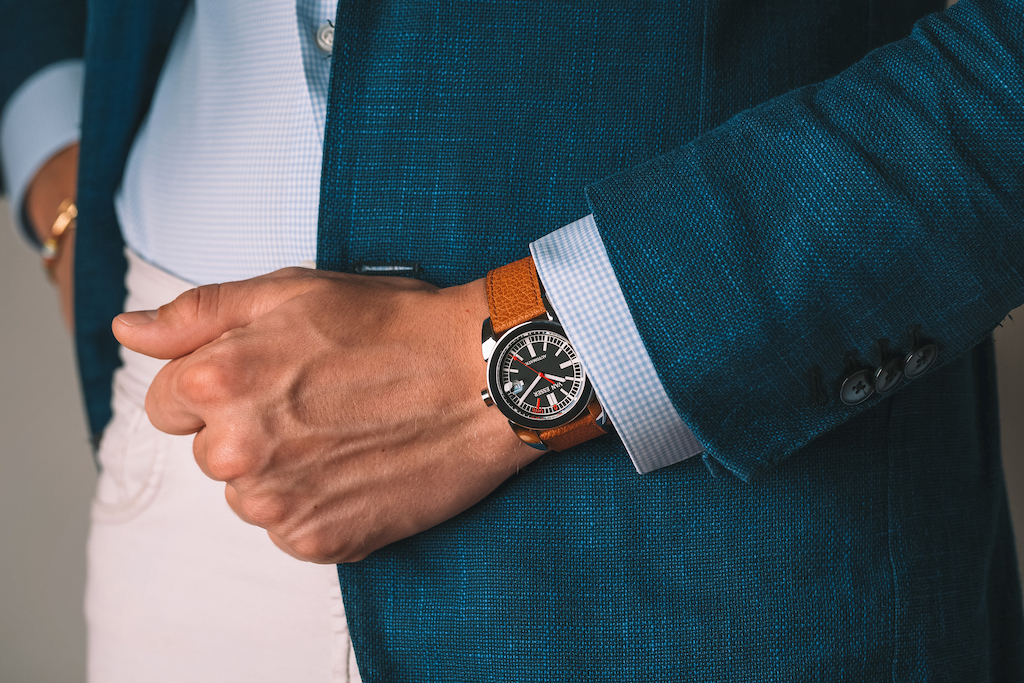 It was therefore natural that the temptation to create his own watch model won him over and became a reality in 2002.

The Van Esser A One Automatic has not changed one iota in the 20 years of its existence. Designed according to the Form Follows Function and No Nonsense principles, the watch remains unique. 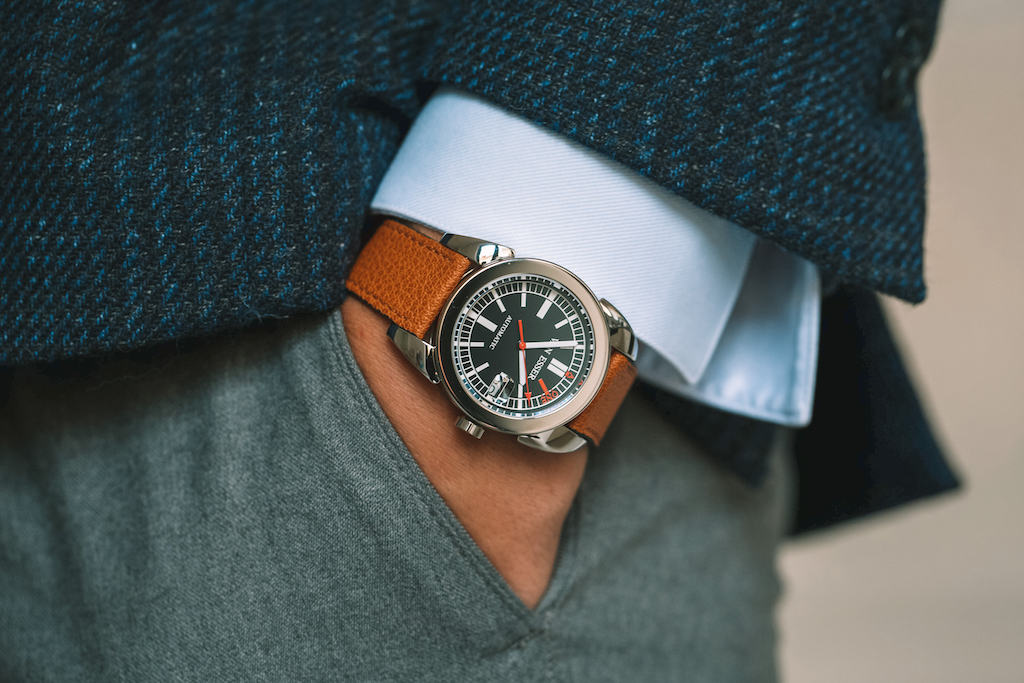 Its round steel case measuring 38 mm or 34 mm in diameter, with an asymmetrical thickness thinner at 6 o’clock than at 12 o’clock, houses a Swiss Made movement. It is topped by a sloping black dial – due to the asymmetry of the case – which makes it easier to read. In its singular configuration, the Van Esser A One Automatic thus stands out from all other timepieces on the market. 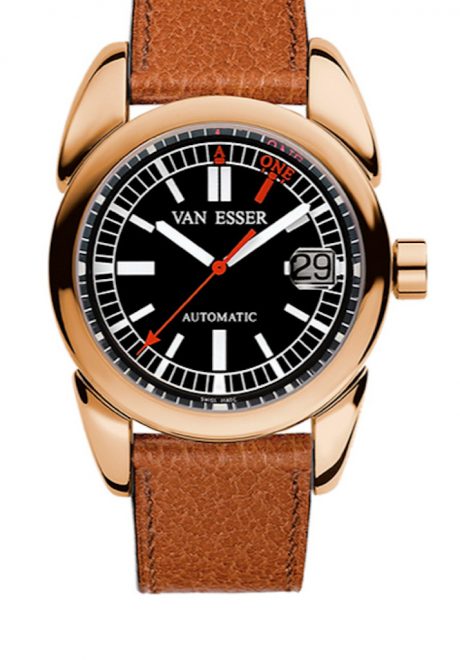 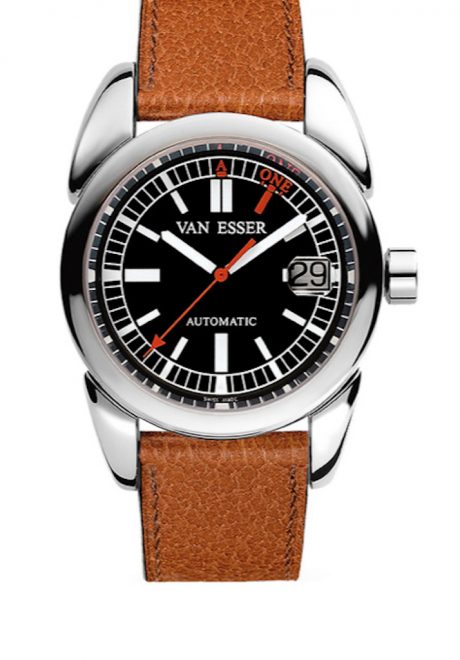 All in white, its hour and minute hands fly over index sticks of the same colour crossing a graduated railway track adjoining the inner perimeter of the bezel.

Today’s Van Esser A One Automatic classic is therefore identical to the first model. The watch is now also available in pink gold and in a two-tone version – steel and pink gold -, possibly set with diamonds on the bezel or on the entire case and dial.No Nonsense is not an empty word at Van Esser: here everything is explained and justified. A visit with an expert and friendly welcome on site is enough to convince you. People sometimes come from far and wide to acquire the confidential classic that the Van Esser A One Automatic has remained.

Later November, the Van Esser A One  celebrated its 20th anniversary in Hasselt in the same setting as the launch, with the same visual, same musical decor and even same guests from the past!