In this paradise of sadness when men talk to tell what they do not dare to say at day, SHE appears, almost by accident, voice soft and seductive, wedged between her four musicians.

In her vintage rhinestone, black feathers on, perched on infinite heels, she recites painful and insolent romances.

Exalting all disappointed hopes, insane loves , trampled dreams and confused pleasures , SHE inveigles the public and get him involved in her vaudeville sacrifice.

Search for the woman:

To travesty. Loosing feathers fighting and adorn herself with them afterwards. Undress from all this pain of being a man switching from masculine desire to the one men desire.

Where has female desire gone today? So many actresses have trouble meeting their femininity. Rather they are tomboys.

Miss Knife is born. Dream creature, covered with jewels, changing clothes to embody different lifes, different figures of women, those you may have met, admired, or imagined.

Being in the skin of this cabaret singer is almost like an evidence for Olivier PY. SHE is he, he is SHE.

Olivier Py creates an incandescent transvestite, a character with incredible and intense combination of subtle flavors from class, tenderness, irony and sharp mind.

The explosive brilliance under the eyelashes: a visceral show, where the overwhelming diva face crackes and reveals the sad clown.
Olivier Py in a few dates:

• At Avignon Theater Festival in 1996, he plays for the first time his cabaret character: Miss Knife, before conquering the Parisian public, Orleans, Cherbourg, Lyon, New York and Brussels.

• Director of the Odeon National Theater since March 2007, Opera stage director for ten years, holder of numerous awards including the one of the Young Theatre from the French Academy (2002), this recognized playwright with his impressive CV is now translated into English, Italian, German, Slovenian, Spanish, Romanian and Greek which makes of him a true European artist 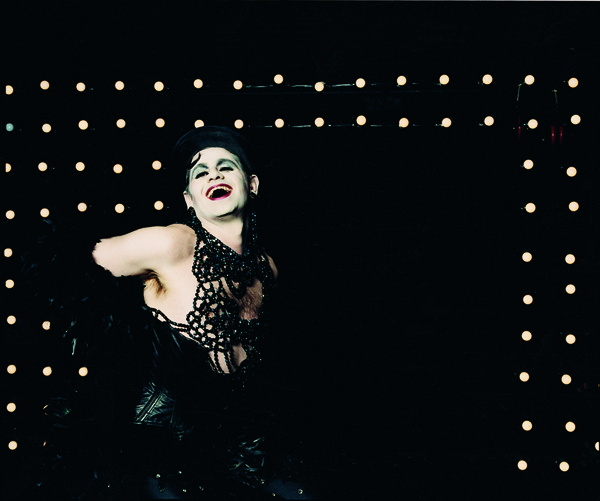