The exhibition “Space Oddity” is an absolute must to be seen at the Contemporary Art Museum – Le Grand Hornu – Belgium till 10th March 2013. 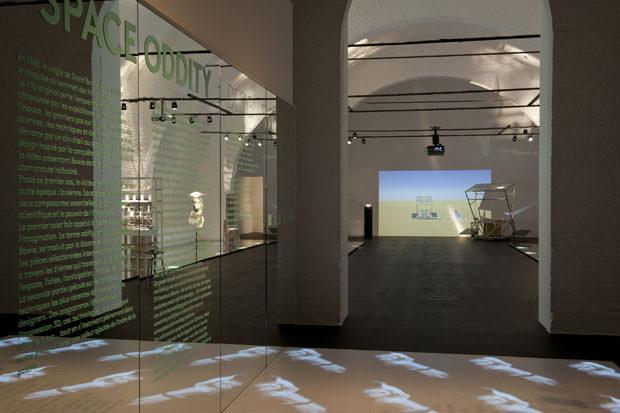 The place
For those who just like me step in the Grand Hornu site for the very first time, you will be struck by the geometric proportion elegance of this old coal mine workers city, recently honored at the rank of the prestigious UNESCO world heritage list.

Circling around the outbuildings of this stately former industrial city complex, your steps will lead you to Grand-Hornu Images, a space entirely dedicated to Design, Applied Arts & Industrial Heritage.

Design & science-Fiction is about a future without a future, it’s about 2 prospective arts incarnating the distant or near future through concrete elements, available techniques and knowledge of our contemporary times. That’s why S.F. (Science fiction) is never aiming at predicting the future but describing the present.

Cast on the entrance wall and floor David Bowie’s 1968 namesake hit record “Space Oddity” . The song’s music, words and picture speak of an epoch stunned by the first expeditions into space, man’s first steps on the moon. Advances happening in the worlds of science, technology deeply shaped objects. architecture, design, fashion, domestic appliances, consumer goods, literature and cinema introducing capsule-¬?like shapes, synthetic materials and special effects of aeronautical research.
The exhibition begins with a nod to this era through Bowie’s video clip. The visitor is then propelled to another epoch: his own. 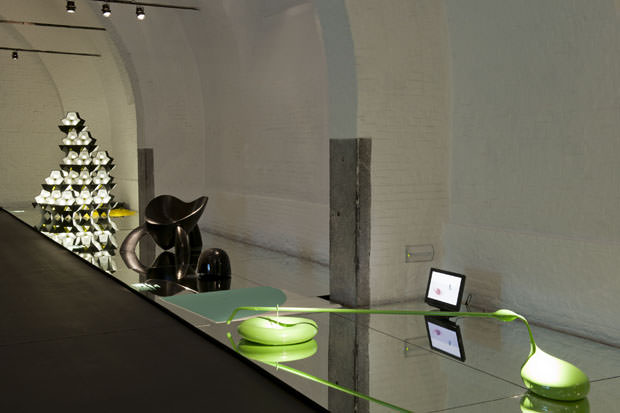 However, at its most basic level, science and the extrapolation of science simply open ways to alternative and imaginary worlds; ideal playground for projections of our fears and fantasies, source of new fictions and stories.

Our current technical knowledge allow us to land a robot on Mars or send nanorobots into human tissue, while on the other hand science fiction is still restricted to the fantastical profusely nourishing literature and cinema with its multiple interpretations of themes such as utopia, space, aliens, anticipation, the apocalypse. These topics have been regularly addressed by many creators in their work.

This is the journey you are invited to embark on in the first part of the exhibition: a metaphorical and poetic tableau of an unlikely future, a naïve vision of an imaginary world that has turned towards the weird and the bizarre. This is a stroll through a landscape that expresses man’s fascination with these space oddities, a fantasy inspired by conscious and unconscious references to the canons and classics of the genre. 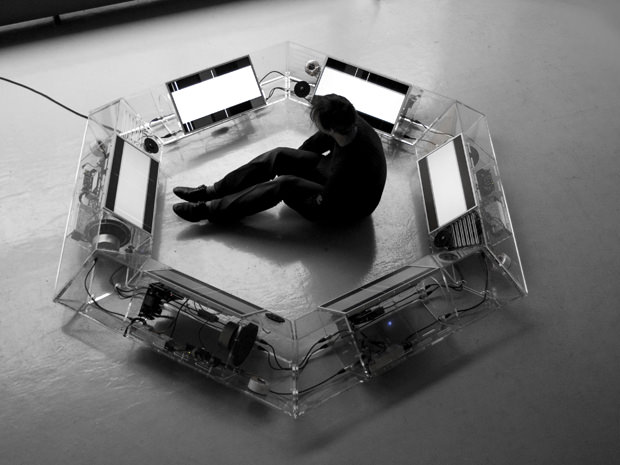 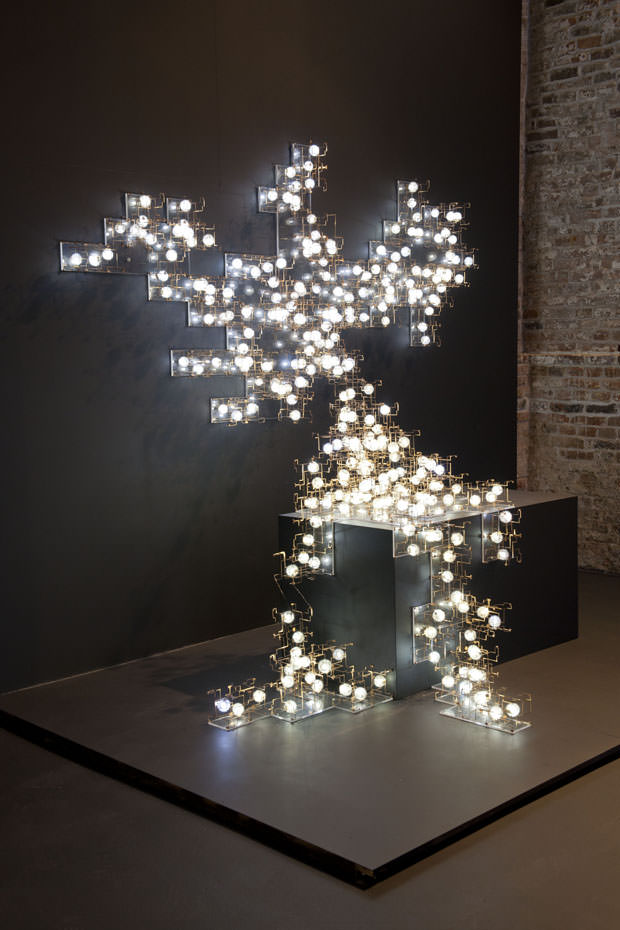 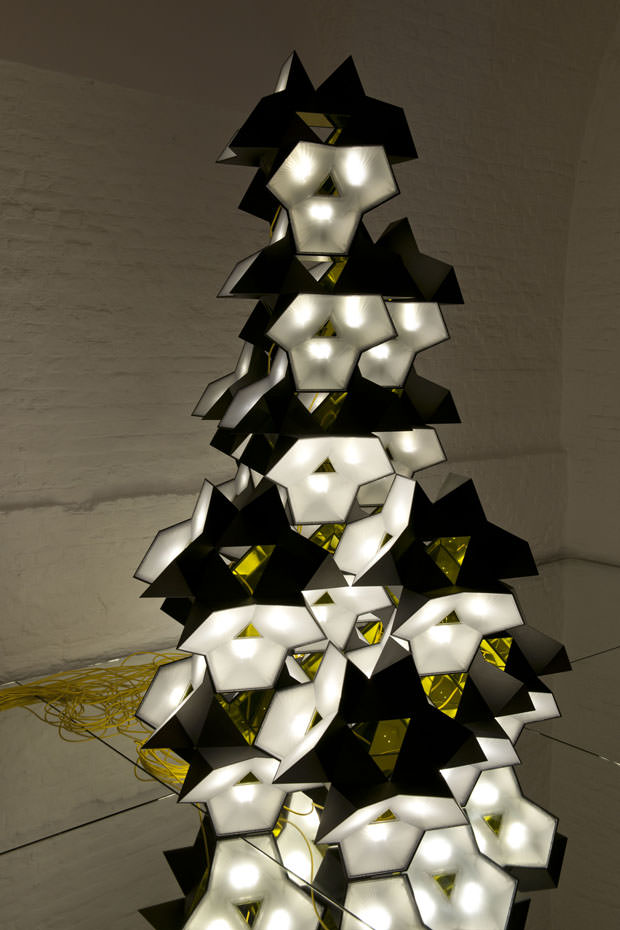 The second section of the exhibition explores the new tools designers have at their disposal today and that propel design concretely towards the future.

In 1964 Arthur C. Clarke, the author of ‘2001: A Space Odyssey’, predicted that thanks to a machine called the Replicator, one day “objects [would be] as easy to make as books are to print.” A machine that could replicate to infinity…

Transforming this futuristic vision into commonplace, 3D printing allows anyone to become the creator of a 3D shape, however complex it is.
Although still a bit prototypal, one’s can acquire a 3D printer for 1000€ nowadays.
It makes no doubt that such machines will become common household applications in a near future, being used not only to produce everyday objects but also to mend, customize or adapt them.

This revolution is also adding to the artistic potential the advantage of a production with almost no waste, an even sometimes recycled-products based production, an open door to an era of higher sustainability and an immediacy of production as bonus.

This invention appeals to a new open-source democracy of object-¬?making and has turned the entire design system on its head. Questions of intellectual property, the role of the maker, the distributor and the end consumer are all up for discussion. Some use this state-¬?of-¬?the-¬?art technology to challenge future modes of production.

But the real value of the projects shown here resides above all in their dream-¬?like and fantastical dimension. Poetry is also part of the future, meeting the need of the people as Markus Kayser’s “ Solar Sinter”, using solar energy to bring sand to fusion, patiently shaping glass utensils of everyday life. 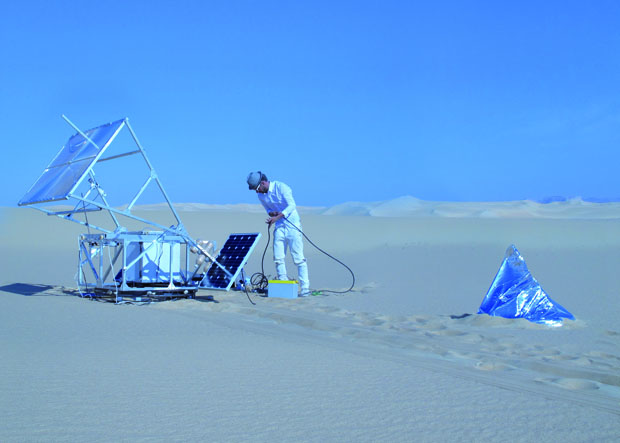 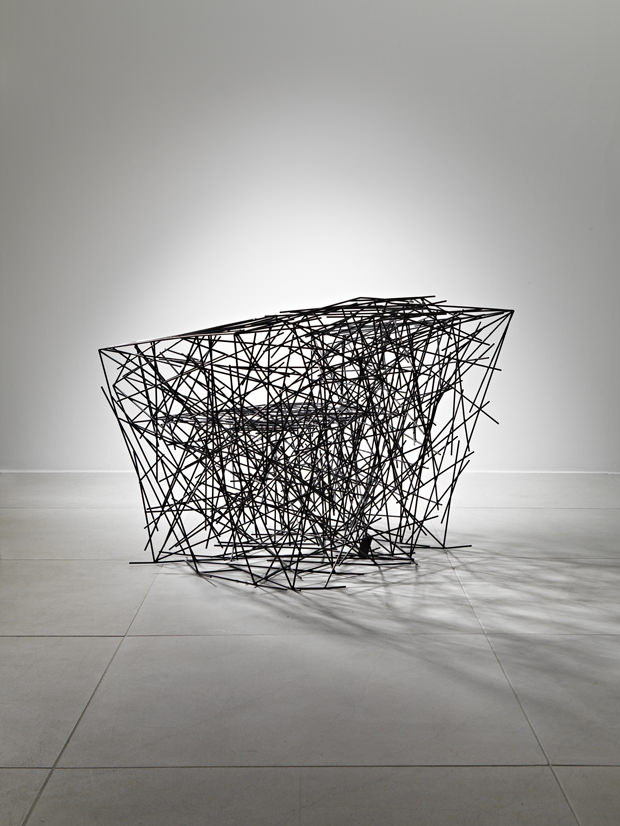 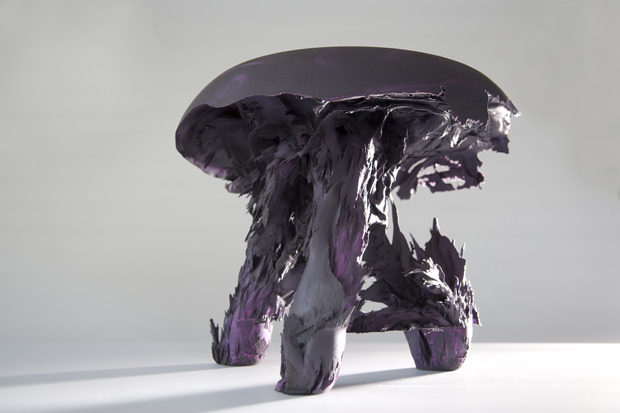 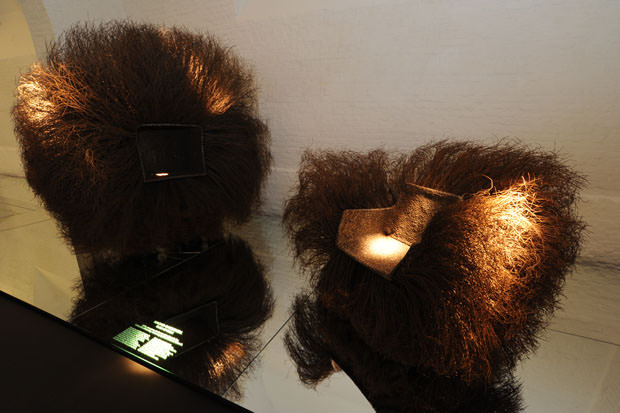 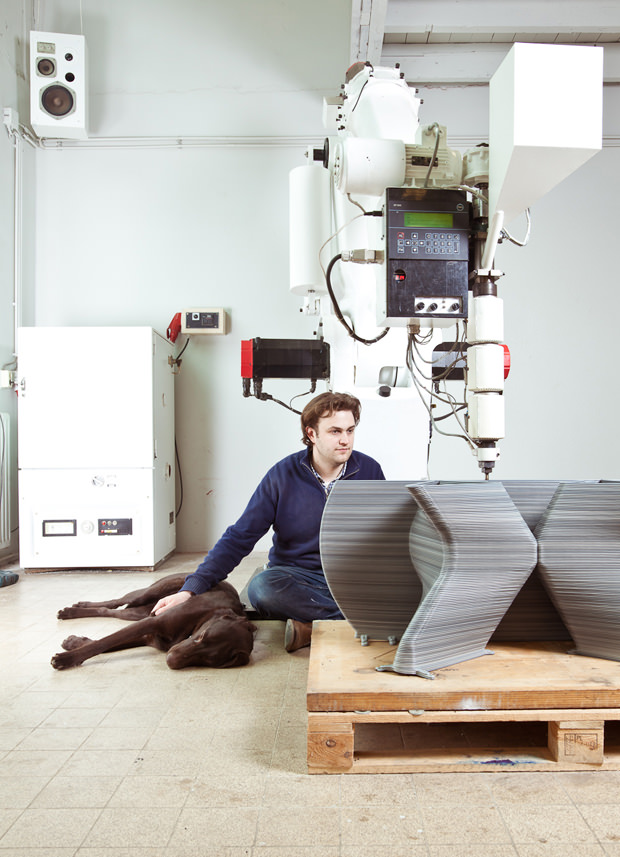