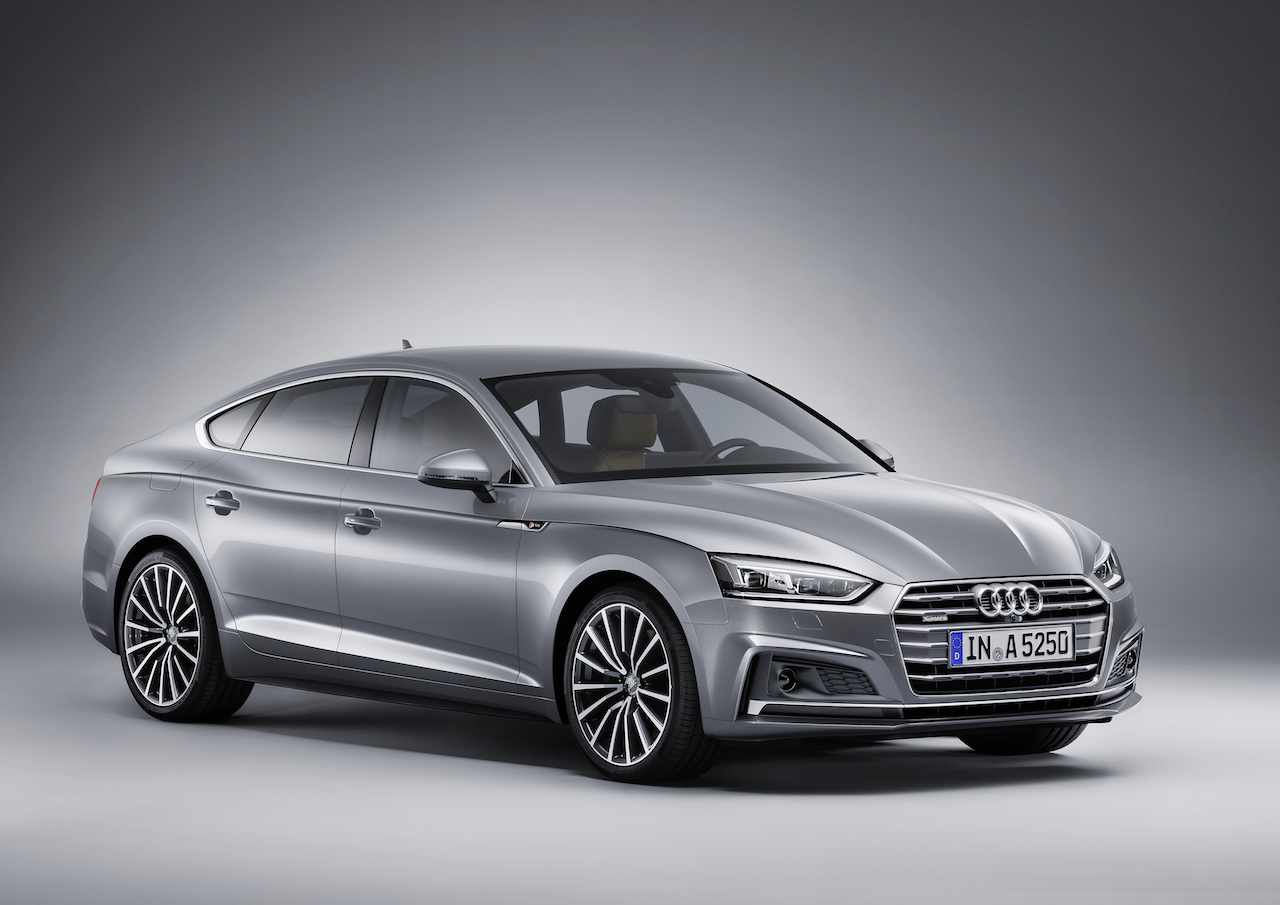 In terms of how the car looks, it’s a fair point, because the A5 Sportback is unusually stylish for what is essentially a five-door hatchback. The real challenge, however, is whether it can deliver a driving experience to match the lighter two-door coupe. 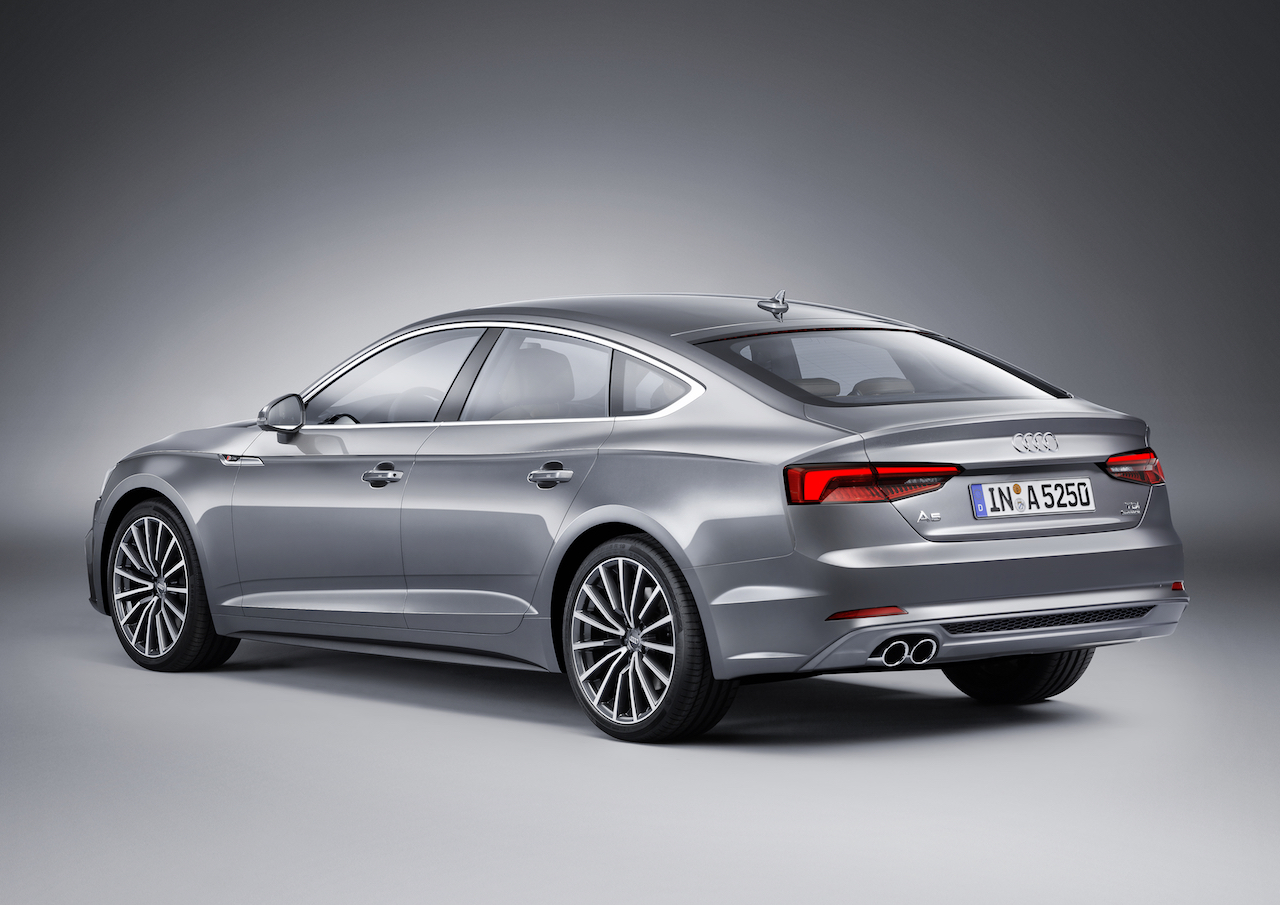 Interior trim in the A5 looks premium enough, with high-quality plastics and metallic finishes surrounding the driver and passenger. This isn’t an interior where extreme aesthetics banish all buttons, and it’s the better for it. Audi’s combination of click-wheel controller, physical buttons, touchpad, and steering-wheel controls is nicely realized. 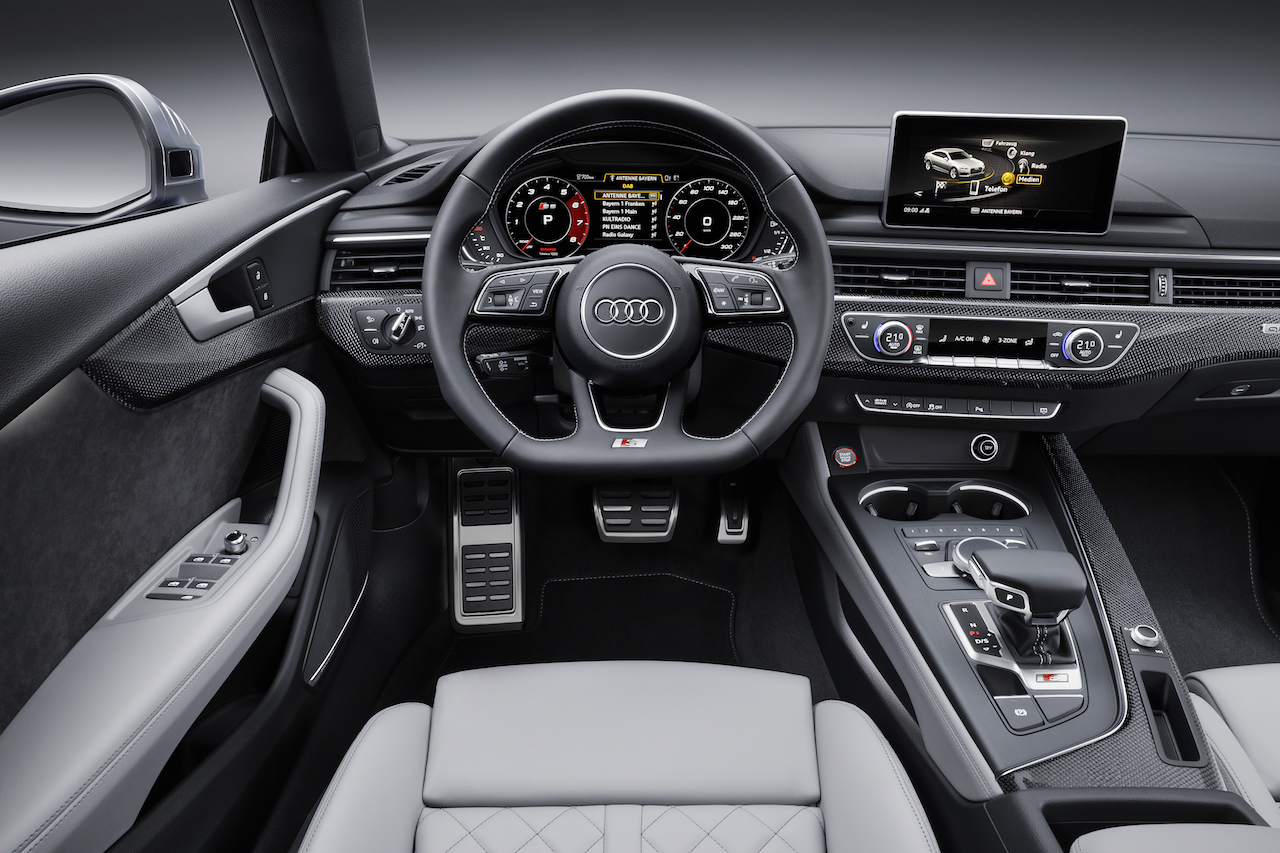 An MMI infotainment system with 7.0-inch central screen comes standard, but an 8.3-inch display with higher resolution is available with navigation and handwriting recognition capability on the control knob. Audi’s Virtual Cockpit instrument screen looks just as impressive here as it does in the rest of the lineup. Also available is a full-color head-up display, which can be placed high in your line of sight (or low, if you prefer) and features bright, easy-to-read characters.

For all the reasons you might buy an A5 Sportback over the two-door coupe, space must be the most important. The standard front seats in the A5 Sportback are comfortable and supportive enough, but and they are firm but nicely sculpted, offering decent lateral support without being confining.
Those used to travel in the back of the previous A5 Sportback will appreciate the extra rear leg room in this new model, which means one tall adult can sit behind another with room to spare. Despite the sweeping roofline, head room is also very good 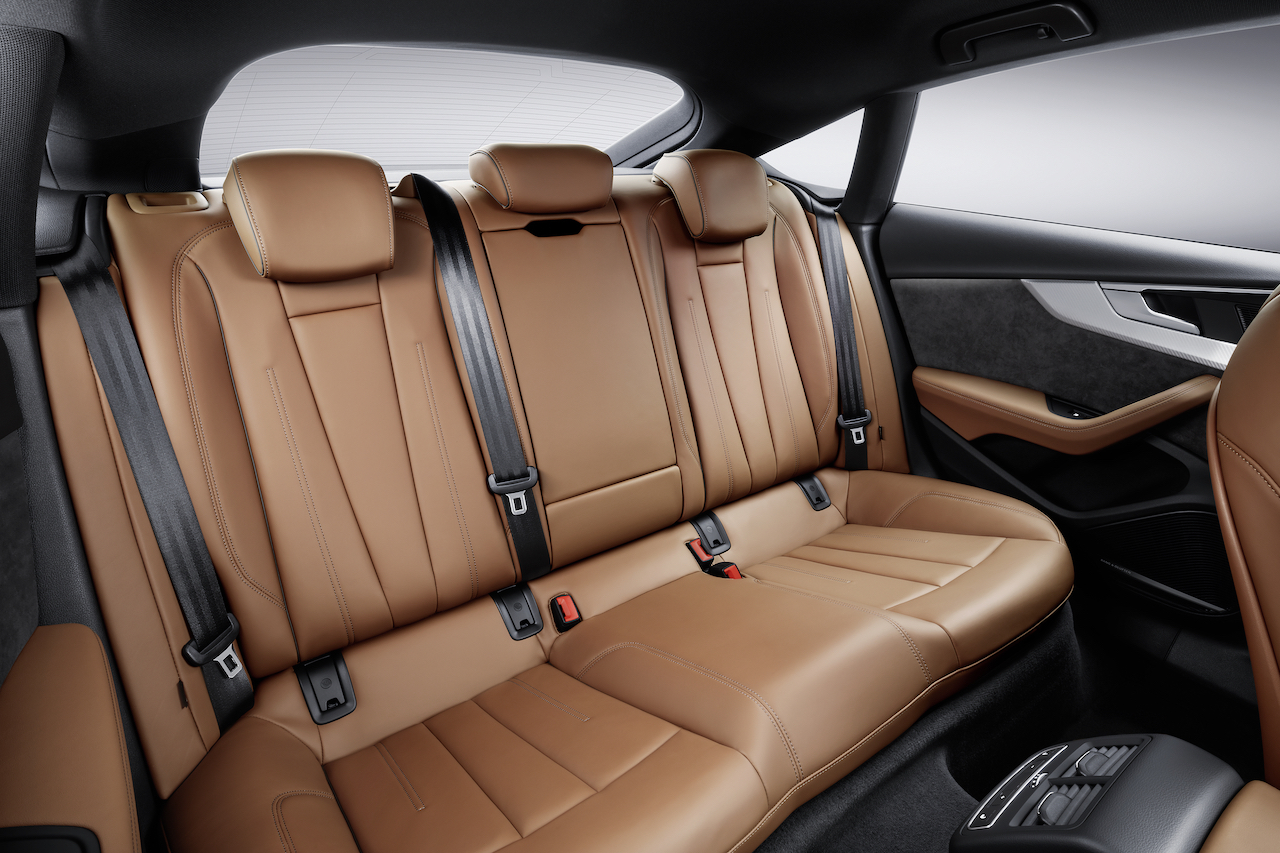 The good news, then, is that there is a lot more of it, with a large boot that will accommodate a couple of large suitcases or two sets of golf clubs. The rear seats can be folded to extend this space, but don’t go completely flat. Up front it feels spacious and airy, but in-car storage is only average.
In short, it’s a class act, that packs a lot of technology but is still easy to use.
The entry level SE model comes with DB radio, front and rear parking sensors, a powered tailgate, three-zone climate control and 17-inch alloy wheels. Choosing a TDI Ultra model changes the standard Comfort suspension for a lowered and firmer Sport setup to improve aerodynamics.

The Sportback’s squashed roofline does constrict the view out—the backup camera is essential—and it also makes for a more confining rear seat than in the sedan, to the point that this a marginal conveyance for four adults on a long trip.
?The motor from the A5 Sportback we tried is 2.0 litre engines, whether it’s the punchy diesel or the faster petrol, offer enough performance to entertain, while the 3.0-litre V6 diesel is better still. 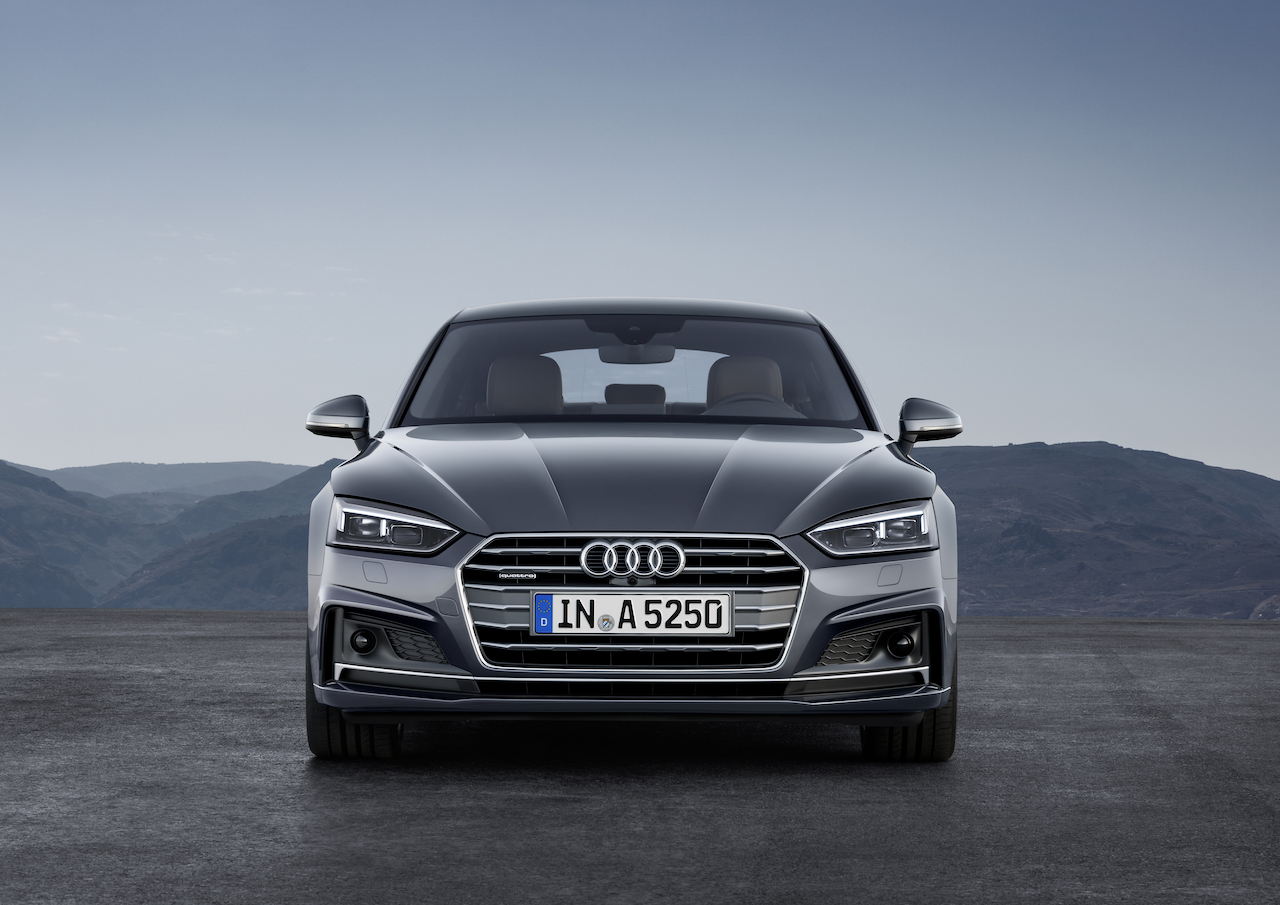 The high-performance petrol S5 Sportback model would, however, score an extra point here, both for the extra performance of its V6 petrol engine and the way it can cover ground at such a searing pace.
The 2.0-litre TFSI we tasted is quick (0-100km/h in 6.0secs), but it doesn’t half make itself heard when you lay into it a bit. The trade-off is that it’s much lighter over the nose, making it feel lighter, and it has the twin-clutch ‘box, which is quite simply better. 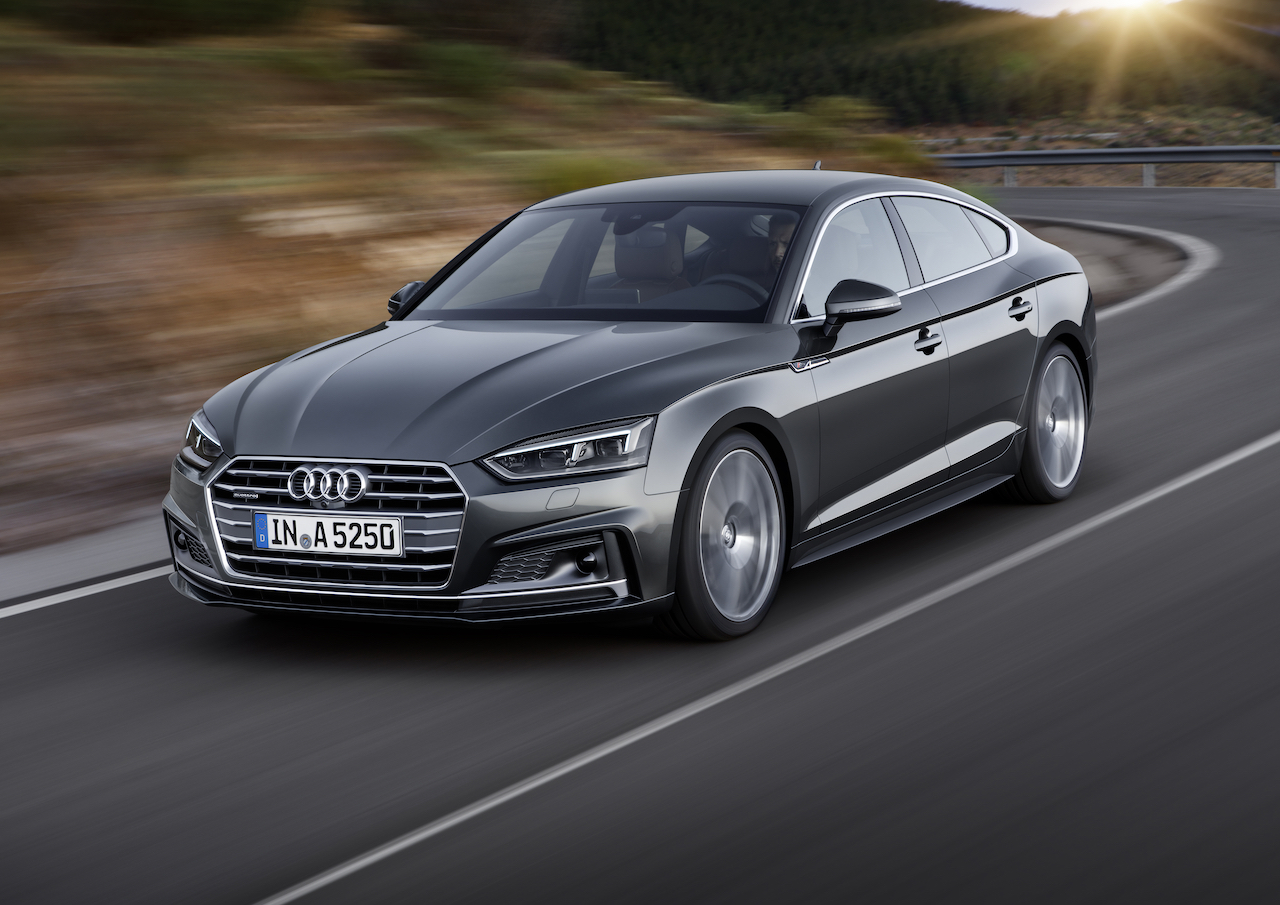 There’s no real trick to launching the car. It just takes off with no drama and accelerates effortlessly. In Dynamic mode, the gear shifts are subtly more aggressive, transmitting just a tad of harshness to heighten the perception of sportiness.

The A5 Sportback is a very competent car, with lots of grip and hardly any body lean, even when you corner hard. On smooth freeways, it’s simply astonishing. Braking also was impressive, with the Sportback and the pedal both firm and easy to modulate. 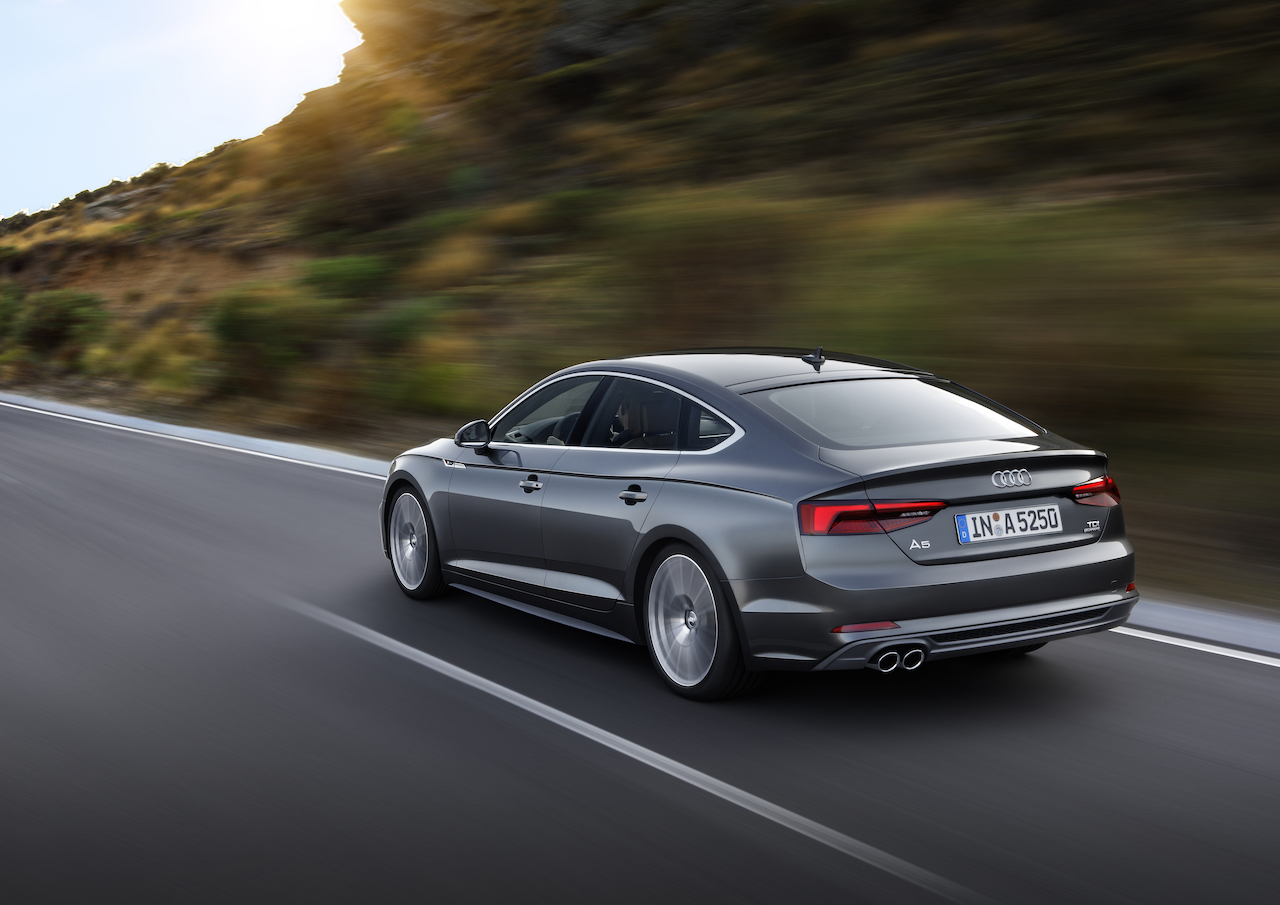 With the A5 Sportback you will get one of the very best interiors around at the moment, quality infotainment (the Virtual Cockpit is a must-spec’) Also this four doors has a sexier silhouette than the A4, but the driving experience is quite similar—and that means it’s very good. All-wheel drive comes standard on the Sportback, so handling is excellent in any trim. Its engines are brilliant, the interior classy and it is a fine car in which to cover long distances. And that car is a without any doubt a luxury coupé that you can justify and it definitely says something about you…