When you ask any child “what is the circus?” Their reply is filled with excitement as they scream “elephants and acrobats doing amazing but daring acts in a tent with a ring master”; they describe a traditional circus. But as an adult with all the negative connotations that surrounds animals in circus, we tend to deny children and ourselves the joy that is a traditional circus. But there is a traditional circus that has a mission that has been passed down from mother to son, and following in her footsteps with her dream firmly planted in the heart of the entire production, Gilbert Gruss has dared ‘to do circus differently’. 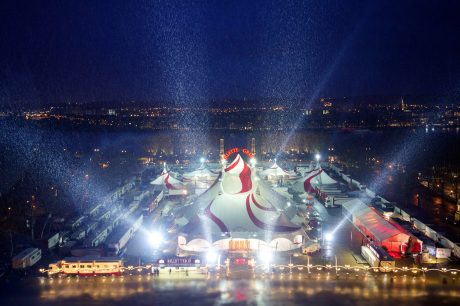 We headed towards the show grounds that are a small walk outside the city of centre of Lille, France. The tent is the star; standing in all its might, with the lit sign of ‘Arlette Gruss’ a beacon. Looking from across the canal you can see the enormity of the space that this circus requires, outstanding. Normally a traditional circus is playing in the middle-of-nowhere, in a pokey space that is entirely filled with caravans and the left over is a small space for the animals. Not Arlette Gruss!

We walked up to the box office to collect our tickets and you could already see that this circus was going to be something different. There was a wooden path anywhere you had to walk, so that you didn’t have any issues with mud. Walking through the entrance gates you were taken away from how big the tent actually is, and it is not just one tent. There are multiple tents on the site some connected to others all in immaculate condition and the excitement that I felt as a child for the circus, started to grow. ‘Arlette Gruss’ is a community with over 140 people from 18 different nationalities that are working and living within the circus and its grounds both on and off stage.

Before the show were able to walk around ‘the zoo’ of the circus. There were all sorts of different types of animals that were on display with numerous carers, the animals would come over to have a pat and the children were educated with placards about what type of animal it was, where the animal was from and an interesting fact about the animal. The animals looked happy and healthy. They were playing with each other in their enclosures that had plenty of space and I finally realised why the circus needed so much ground.

We found our seats and as we did there was a small video about the care of the animals. They showed the different procedures and requirements that the carers must complete for each and every animal. They showed the space that the circus owns for the animals to run free, just as they would in the wild, while the show is not performing. It was a beautiful look into the love that the circus has for these animals and that they are not ‘using’ them for entertainment use, they love and care for them just as they do their own children.

The thirty-third successive creation of the circus ‘Arlette Gruss’ is “Osez le Cirque” (Dare the Circus) and directors Gilbert and Linda Gruss have done just that. Keeping Gilbert’s mother’s tradition and dream close at heart; they have dared to push the boundaries of traditional circus with contemporary acts and intriguing costumes. 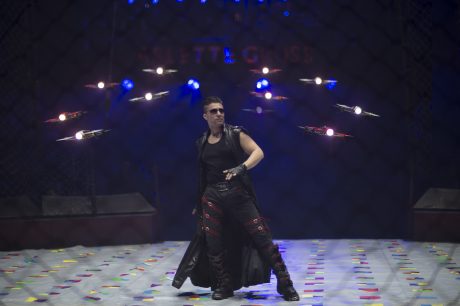 They have the essences of a traditional circus that runs through the entire production but it is paired perfectly with a state of the art sound system and a lighting design that includes an amazing display of lasers. 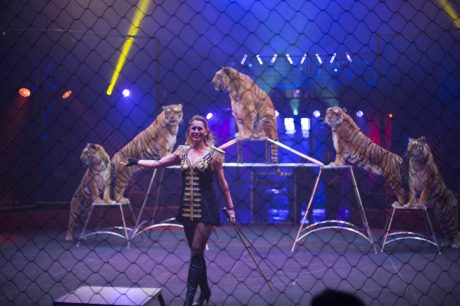 All acts are performed to live music played by an orchestra that sit on a moveable platform so that the show is not constricted with space normally taken by them. 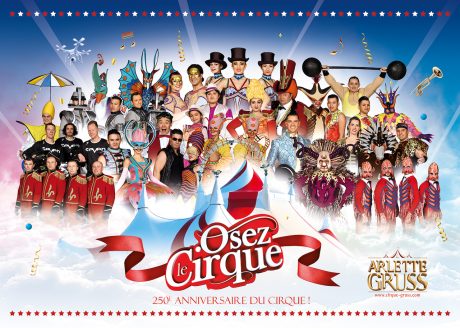 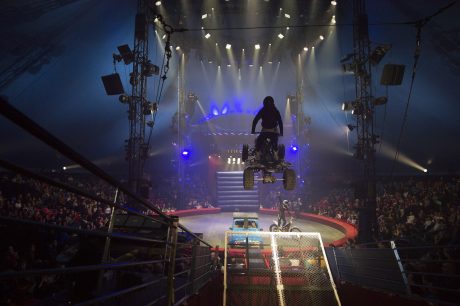 They provide their audience members with not only a spectacular show but also a comfortable space with timber flooring and heating. They proved that you can have daring acts that push the boundaries of entertainment with a ballet of drones, a neon light dance and a motor cross act that leaves anyone on the edge of the seat. 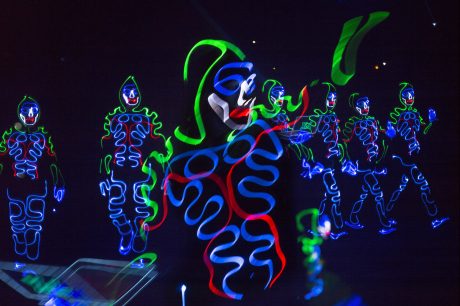 I think what I loved most about circus ‘Arlette Gruss’ is that they exhibited beautifully cared for, talented animals that shone with life. These animals loved their trainers, just as a student loves a teacher or a child loves their mother. It was extraordinary to witness this love, talent and amazement of the animals and all those negative feelings about animals performing, were proven to be incorrect. 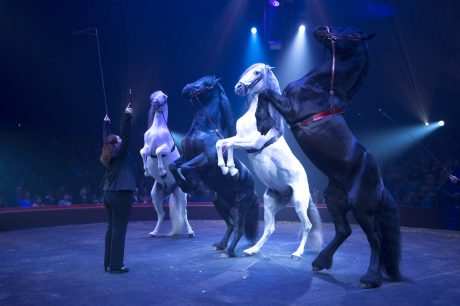 Circus ‘Arlette Gruss’ has entrusted their audience with a simple mission, to allow the children to see these amazing creatures, human and animal, for the amazement that their imagination believes in, without a long speech. I cannot think of a better way to see these feats than in the world within the ‘Arlette Gruss’ tent. It is the exact world I dreamt about as a child and as an adult I cannot feel anything else but joy and hope. Hope that other traditional circuses follow in circus ‘Arlette Gruss’s’ footsteps by changing themselves so that the opinion of them by the outside world can also change.

Tips from a local:
Tour Dates:
Check all the tour dates of circus ‘Arlette Gruss’ for the 2018 tour in France. https://www.cirque-gruss.com/tournee/

Take home:
Have the circus in your living room with the DVD ‘Le Cirque’ to discover all the backstage preparations and animal care. https://www.cirque-gruss.com/boutique/

VIP privileges:
Buy a VIP ticket and enjoy an array of extras including a guided tour through the zoo, VIP seating right at the front of the stage and VIP treatment during the interval. https://www.cirque-gruss.com/vip/