The Opel Grandland X may be very late to join the SUV party, but this is one gathering where the revelers show no sign of calling it a night. Indeed, a quarter of Europe’s new car buyers now opt for one of these high-riding vehicles. 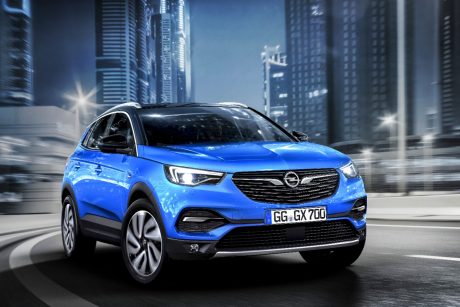 Opel already offers those buyers two other SUVs: the Crossland X and Mokka X. However, as its name suggests, the Grandland X is bigger, competing with the likes of the Nissan Qashqai, Peugeot 3008 and Seat Ateca.

The new Grandland X is predicted to be Opel’s second biggest seller, ahead of traditional favorites such as the Astra and Insignia, is proving once again of just how important SUVs have become 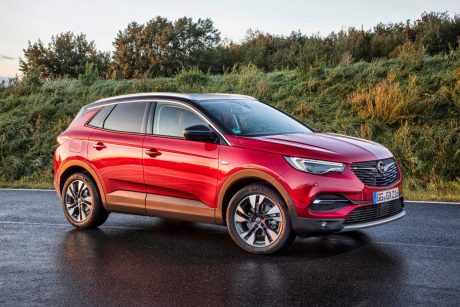 It is based on the same platform as this year’s European Car of the Year 2017, the Peugeot 3008, following a deal between the two companies to jointly develop SUVs that preceded PSA’s eventual takeover of Opel/Vauxhall last year. 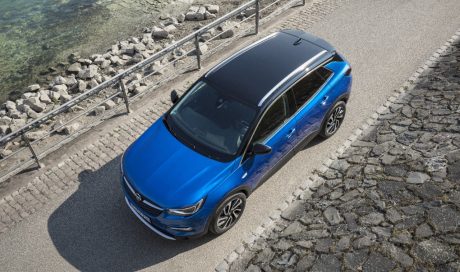 The design is not unattractive, but not eye-catching either! While this might sound like a cop out for a vehicle of the Grandland X’s beefed-up appearance, the truth is that 99 per cent of people owning these cars never go off road anyway.

Speaking of size, the Grandland X is certainly roomy enough to be taken seriously, as well as taller than the two-tone floating roofline might suggest. 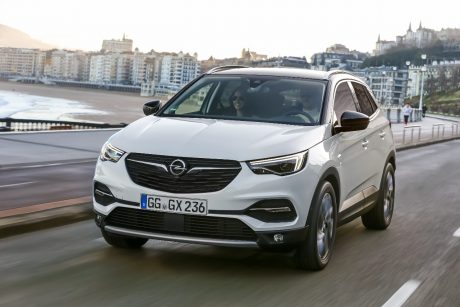 There’s more than enough head and leg room to accommodate taller adults and the interior is wide enough to ensure you and your front passenger won’t bang elbows.

Most people will find it easy enough to get comfortable, because there’s a good range of seat and steering wheel adjustment and the pedals are well aligned with the driver’s seat.

Legroom for rear passengers isn’t quite on terms with best in class, but it’s still far from cramped and the flat floor means plenty of space for three people to put their feet.

There are some thoughtful details too, such as the fact the rear seats are slightly higher than those in the front to improve visibility.

As for trim levels, there are four to choose from – SE, Tech Line Nav, Sport Nav and Elite Nav. 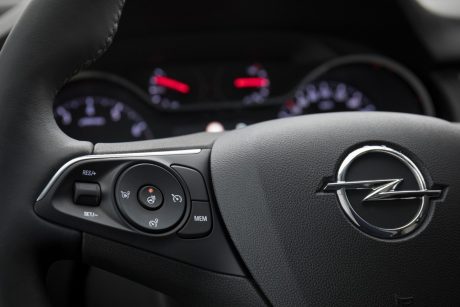 Upgrade to Sport Nav and the Grandland X gains sportier details, such as alloy-effect front and rear skid plates, and 18in alloy wheels. Topping the range is the Elite Nav model which gets adaptive LED headlights, 19in alloy wheels, a 360-degree camera system, front heated sports seats, a leather upholstery and an electrically adjustable driver’s seat.

The forward view in the Grandland X is good! And while the rear window is quite shallow, rear parking sensors are standard across the range, with front sensors added from Tech Line Nav upwards. Go for the top Elite Nav trim and you also get a 360deg bird’s eye view camera.

Super-bright adaptive LED headlights are standard if you go for the range-topping Elite Nav specification and an option on all other variants. 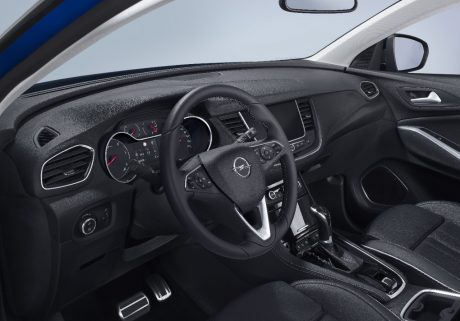 Even the entry-level SE comes with a 7.0in touchscreen infotainment system with Bluetooth audio streaming as well as Apple CarPlay and Android Auto smartphone mirroring. Opt for anything above SE and you get a larger 8.0in touchscreen with built-in sat-nav

Soft-touch plastics are used on the dashboard, along with gloss black and chrome-effect trim pieces, while higher-spec models get even more metallic finishes to help lift the ambience.

The glovebox is tiny. The central storage bin under the front armrest is also small and there are fewer cubbies for your odds and ends. Its boot seems a little larger than average. 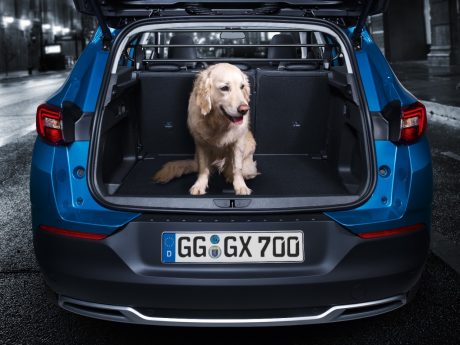 What’s more, every Grandland X comes with Opel’s OnStar concierge service, which includes online connectivity, a wi-fi hotspot and a connection to a dedicated call centre, whose operatives can download a requested route direct to your sat-nav..

Opel offers a six-speed manual or six-speed automatic gearbox with the 1.2 and 1.6-litre engines and an eight-speed automatic with the 2.0. While there’s no four-wheel-drive option, that’s not necessarily an impediment in this section of the market. Besides, you can always specify the IntelliGrip option, which provides off-road driving modes via the traction-control system. 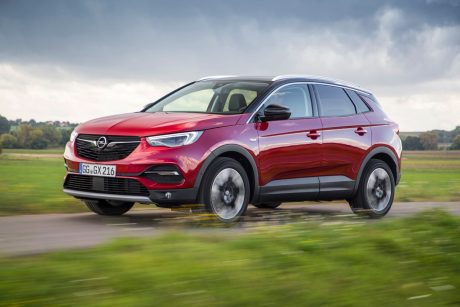 Sharing its mechanical backbone with the Peugeot 3008 means the Grandland X is available with similar engines. From launch you can have a turbocharged 1.2-litre petrol producing 128bhp and returning 55.4mpg, or a 1.6-litre diesel making 118bhp and officially managing 70.6mpg; both get the Grandland X from 0-62mph in around 11 seconds. The flagship 2.0-litre diesel cuts this to 8.6 seconds.

In the city, the drive is pretty good. The driving position is high, so the view out the front is decent, and while this leads to a sense of sitting on the Grandland X rather than being hunkered down in it. 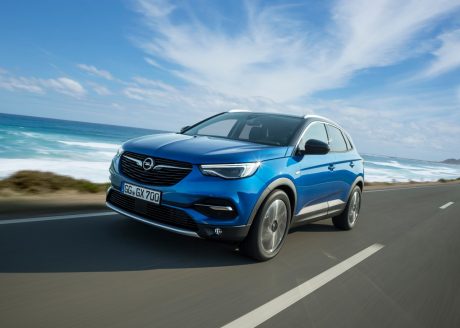 On the motorway, the Grandland X is a relaxing car to drive. Exciting it is not, however: try to hustle it along country roads and the slightly notchy gearchange will frustrate with its recalcitrance, the light steering’s lack of feedback will provide little reward. With no doubt this is a comfortable, rather than dynamic, car. 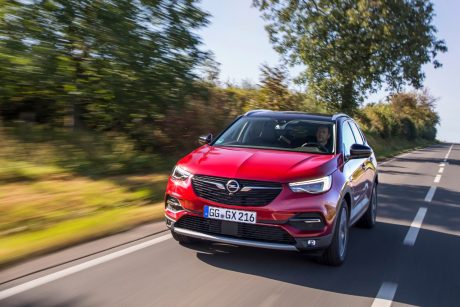 The Grandland X offers a secure, quiet, well-built and comprehensively equipped space in which to travel. For many, that will be enough. Comfortable, with light controls and compliant suspension, the Grandland X dispenses long journeys with ease. 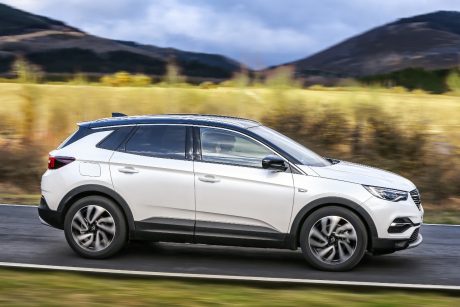 For those who are looking for a practical and quiet big car with a good view out and a five-star Euro NCAP safety rating, the Grandland X is easy to recommend.

For me however, this is a Opel that, above all, fails to rise above the increasingly crowded market into which it now belatedly seeks to insinuate itself.

All cars must contain at least one reason why they make more sense to a certain sort of person than any other on the market, a distinguishing factor to make it stand out, and in this re-skinned Peugeot 3008, it is hard to see. Perhaps some of its connectivity solutions will tip the balance…