The Mercedes-AMG GT was introduced in 2014 as a successor to the SLS AMG. The second sports car developed entirely in-house by AMG, the GT is the first vehicle to wear the “Mercedes-AMG” nomenclature and the first to use the brand-new, twin-turbo, 4.0-liter V-8 engine.
The AMG roadster is a Mercedes-AMG GT without a roof. The GT two-seat coupé was a cheaper. Whenever I’ve seen a GT on the road, it’s always been driven in a manner that suggests its owner doesn’t actually know about speed limits, or his pants are on fire. 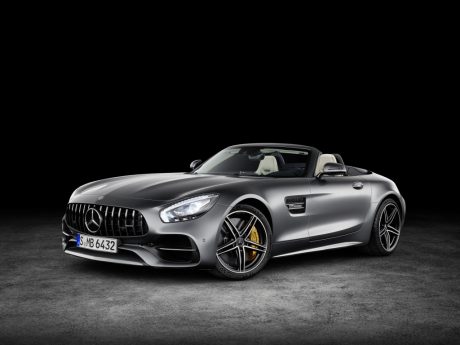 Design-wise, and aside from losing its fixed roof, the Roadster shares most of its styling features with the coupe, with the most important change being noticeable around back. Due to the new roof configuration, which is no longer of the fastback type, the Roadster gained a longer deck lid. This tweak allows for a smoother transition from one body style to the other without ruining the car’s sleek appearance. Unlike other cabriolets, the AMG GT’s soft-top doesn’t mimic the shape of the coupe roof, being shorter and very similar to that of the SLS AMG. 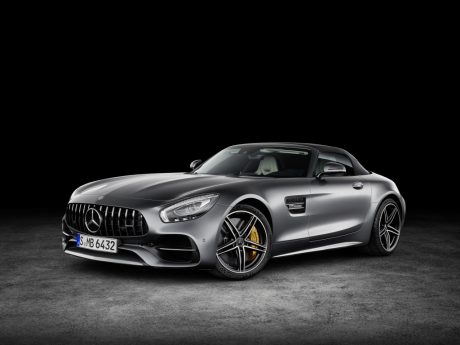 Due to the new roof configuration, which is no longer of the fastback type, the Roadster gained a longer deck lid.
But despite losing the AMG GT’s fastback shape, the Roadster boasts quite a balanced design, even when its soft-top is hidden behind the seats.
The GT is built around an aluminium and magnesium spaceframe consisting of extrusions welded into castings for strength and lightness – those long doors could double duty closing a bank vault. 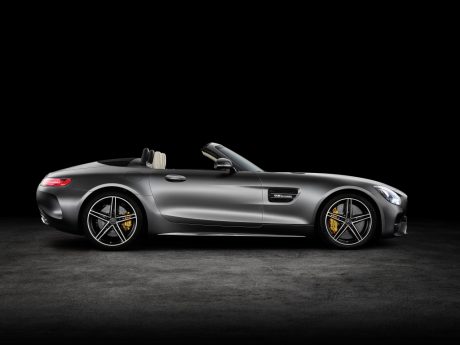 Speaking of which, the fabric roof opens and closes in around eleven seconds, and can do this at speeds of up to 50km/h. The three-layered soft-top is built around a lightweight structure made from magnesium, steel, and aluminum, which helps keep the curb weight and center of gravity low. Customers can pick between three soft-top colors: black, red, and beige. The Roadster also received new 19-inch and 20-inch AMG light-alloy wheels in a 5-twin-spoke design. 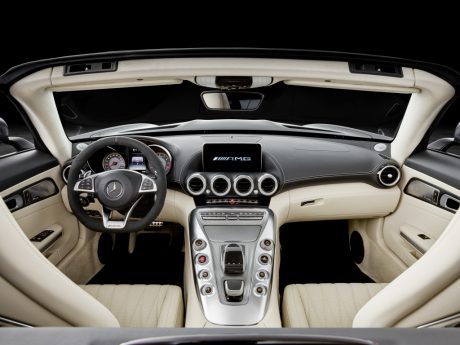 As expected, the interior of the Roadster features the same impressive cockpit design that revolves around an aviation-inspired theme. A motorsport-inspired center console features the AMG Drive Unit controls arranged like eight cylinders in a V layout — just like the 4.0-liter engine under the hood.
The cabin presents a suede, carbon-fibre and aluminium study in speed. From the twin-dial instrument binnacle to the rows of virtually identical piano-key switches, there’s scarcely a sports-car cliché untouched. 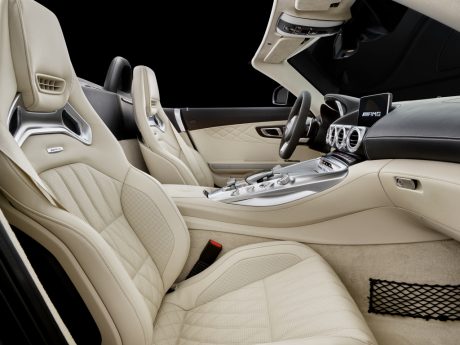 Transmission tunnel is super big and cartoon-like buttons running along the centre console.
The seats are as unyielding as a regimental sergeant major’s bark and there’s a feeling you are sitting on top of the rear axle. There’s not much room, either, with a shallow console, small door bins, and a comedy glovebox.
Fortunately the boot, while shallow, is big enough for a couple of squashy bags more accommodating than the toothbrushes-and-knickers of legend. 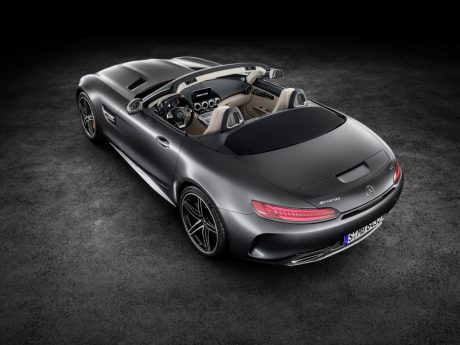 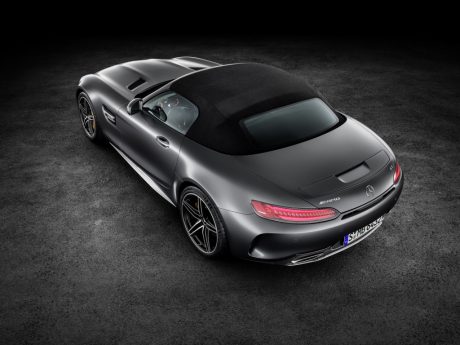 The 4.0-litre V8 is as terrific as I’ve come to expect it will be. It starts with a roar, is very responsive for a turbo unit, always sounds lusty and drives through the seven-speed dual-clutch gearbox cleanly and efficiently. Select gears yourself via flappy paddles and it listens to what you want. Leave it to make the shifts itself and, as you flick through the drive modes, its responses become a little more aggressive and appropriate for swift driving each time. 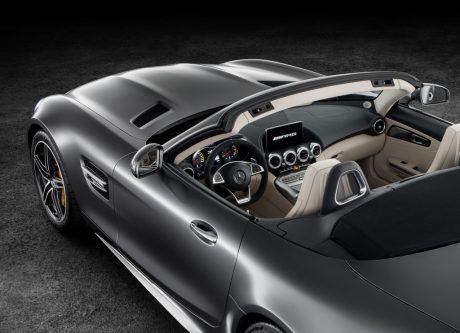 Nonetheless, the power increase is sufficient to give the C a 0-100 km/h of 3.7sec, compared with 4.0sec in the regular roadster, and a top speed of 315km/h to the standard roadster’s 302km/h. You’ll probably want the roof up if you try to attain either. That 4.0-litre V8 I mentioned earlier has two turbochargers and drives the rear wheels through a seven-speed dual-clutch transmission mounted at the rear.
The V8 woofles into life until warmed, whereupon the stop-start system shuts it down leaving a noise-less vacuum that feels like someone switched the world off.

If you decide to drive it on the high way, at that point you might as well stop at the side of the road and burn your driving license for all the use it will be after the police have finished with you. At no time, even when roads were a bit slippery during rain, did the GT roadster do anything other than champ at its bit in anticipation of going ever faster…. Such a beautiful monster!

This car is very good. I mean, better than that. I’ve always been fans of the GT coupé
The GT Roadster is a deliciously old-fashioned idea; a big front-engined gran turismo, an American muscle car, with all the charisma and drawbacks that entails, but pretty hard not to love. Just don’t get carried away with your wallet and remember that even with AMG, less is often so much more.