The third generation only existed for six years. Yet Mercedes-Benz has redesigned the model. This is not surprising, as Mercedes replaces each model after a specific cycle and Class A is one of the first to be part of this strategy. 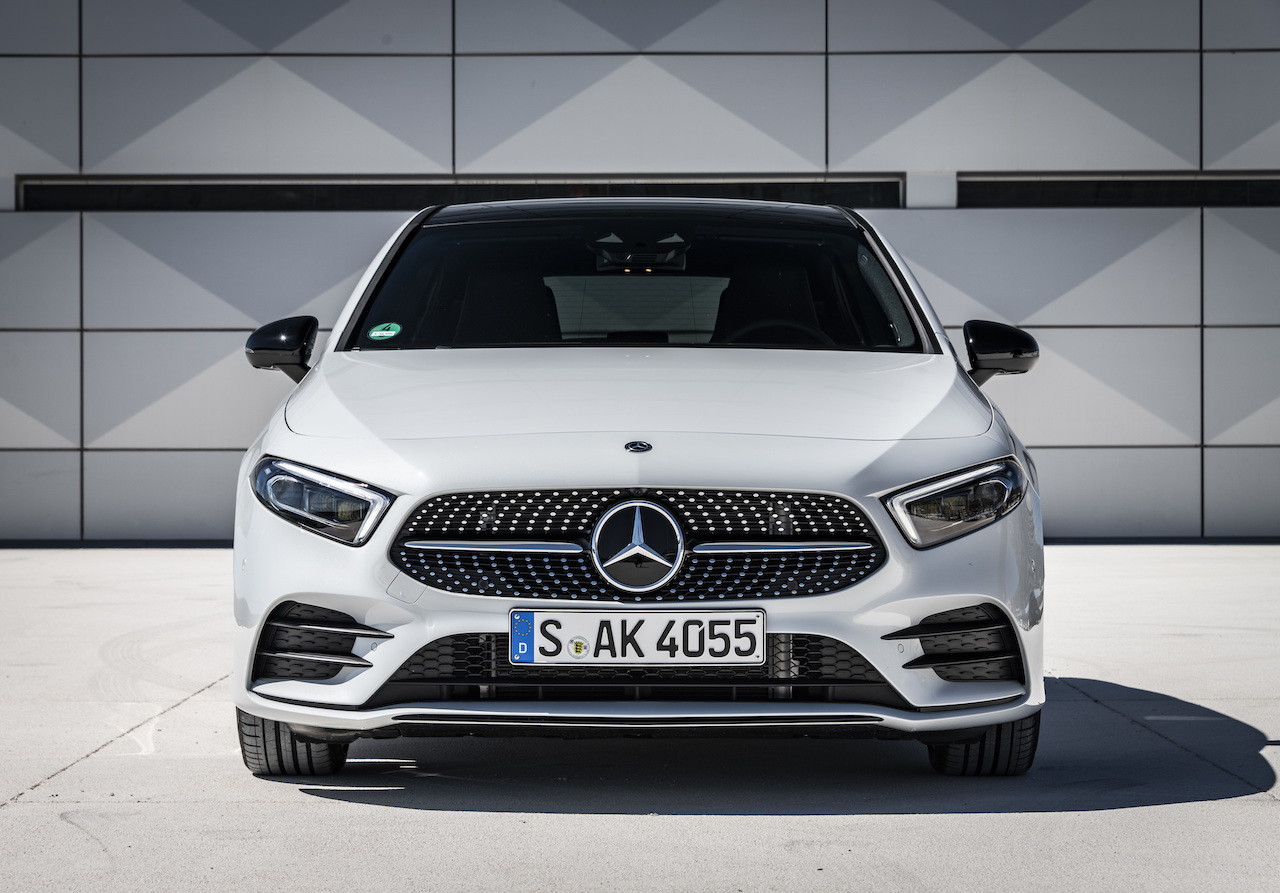 This is pretty much an all-new platform, longer in wheelbase than before, but most of the changes are fundamentally evolutions. It’s stronger and lighter, and an extravagant 12cm longer. Funnily enough, there is little extra passenger room to show for the swelling. 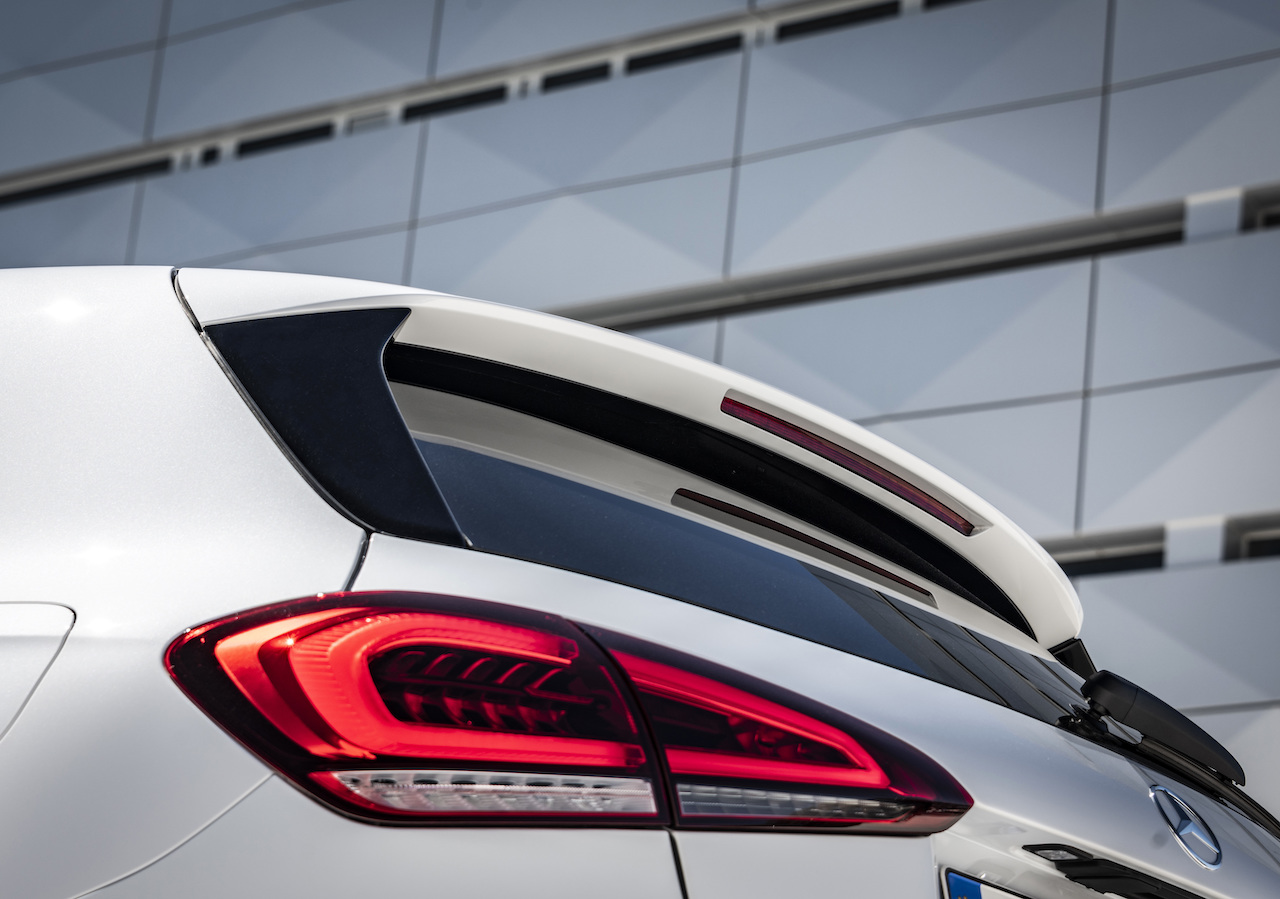 The interesting thing about the new A-Class, aside from the usual upgrades involving sportier looks, a refined, roomier interior, more powerful and efficient engines, and also a sedan version. The three-box model was previewed by the A-Class Sedan Concept in 2017 and as it turns out, it shares quite a lot of design features with the new hatchback. Inspired by the new CLS, the A-Class Sedan wasn’t just a fancied-up concept, with most of its features transferred on the production five-door model. 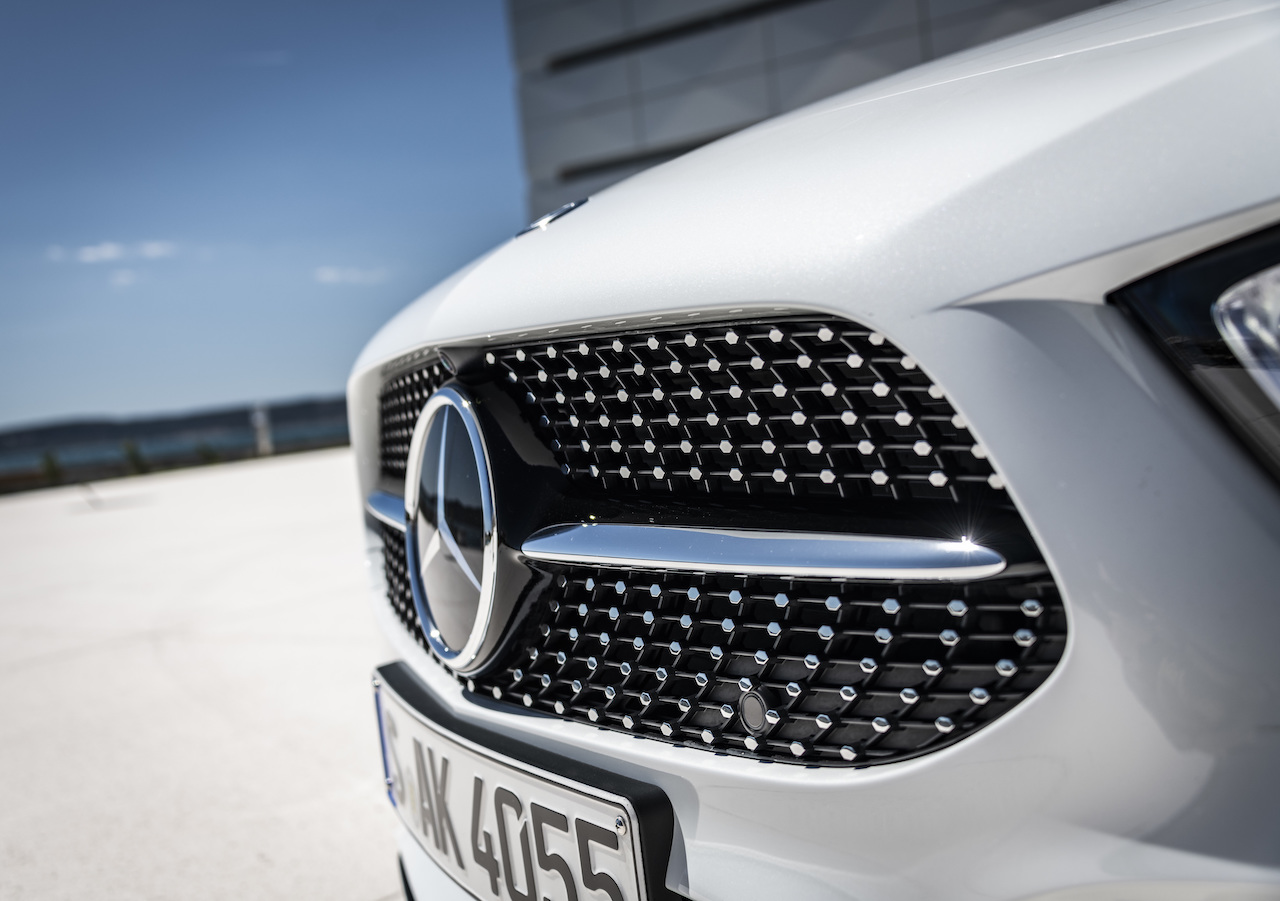 A more conventional design means better proportions, though, and the potential for more visual appeal. If the A-Class’s maturity as a product were to be measured by how much less awkward-looking it has become, generation by generation, few would disagree that it is now a fully mature prospect – and as desirable a hatchback as you’re likely to find.

If there’s one thing Mercedes has seemingly nailed with the latest A-Class, it’s the way the thing looks from behind the wheel. Here is a cabin that properly fits in with what you would expect from a premium family hatchback.

There are a few too many chintzy plastics in this interior, but the crispness of the digital displays moves the game on in the hatchback class.
The cabin is generally all very smart, and very tidily organized and laid out. The triumvirate of turbine-esque air vents in the center of the dashboard wouldn’t look out of place in an S-Class and the dual digital displays that dominate the top of the dash are unlike anything we’ve seen before in a family hatch. 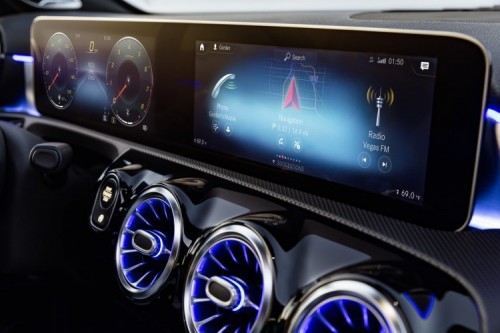 The fourth-generation A-Class makes use of the new MBUX (it stands for Mercedes-Benz User Experience) touchscreen infotainment system. As standard, this incorporates two 7.0in screens: one is for features such as the sat-nav and radio and the other replaces the traditional analogue instrument binnacle.
On upscale A-Classes, you get a 10.25-inch central screen, or even a pair of them, the driver’s display going to a big one too. That produces a truly spectacular cinemascope.
The quality of the graphics is excellent, as is the fluidity with which it responds to your inputs. 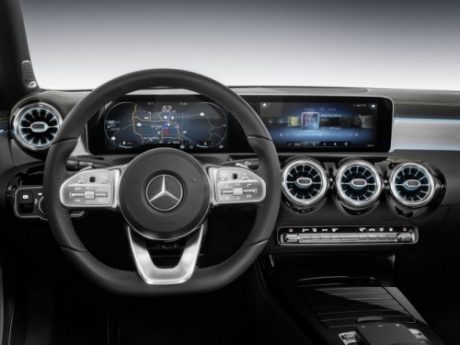 Speaking of which, MBUX can be controlled through a new touchpad that sits on the centre console The natural speech recognition is especially clever… Be careful what you say in this new Mercedes A Class! With this home artificial intelligence system, cousin of Siri, the German manufacturer pushes the technology even further. The MBUX system demonstrates all the ingenuity of this compact by knowing the profile of the driver.Say “Hey Mercedes” and a nice voice stands ready to answer almost all your requests. Choose a mood color, ask for the weather forecast, change station while having both hands on the steering wheel or turn off the dome light: all the useful controls are there and make the interaction with the car as playful as practical. The system even detects your daily habits, and will sometimes make some recommendations, such as offering to remind your boyfriend when you leave the office every day at 6pm if it is recurrent, or to go to the fitness every Saturday morning at 10am because MBUX realized this habit with GPS. Clearly, it’s a car that will delight fans of new technology! 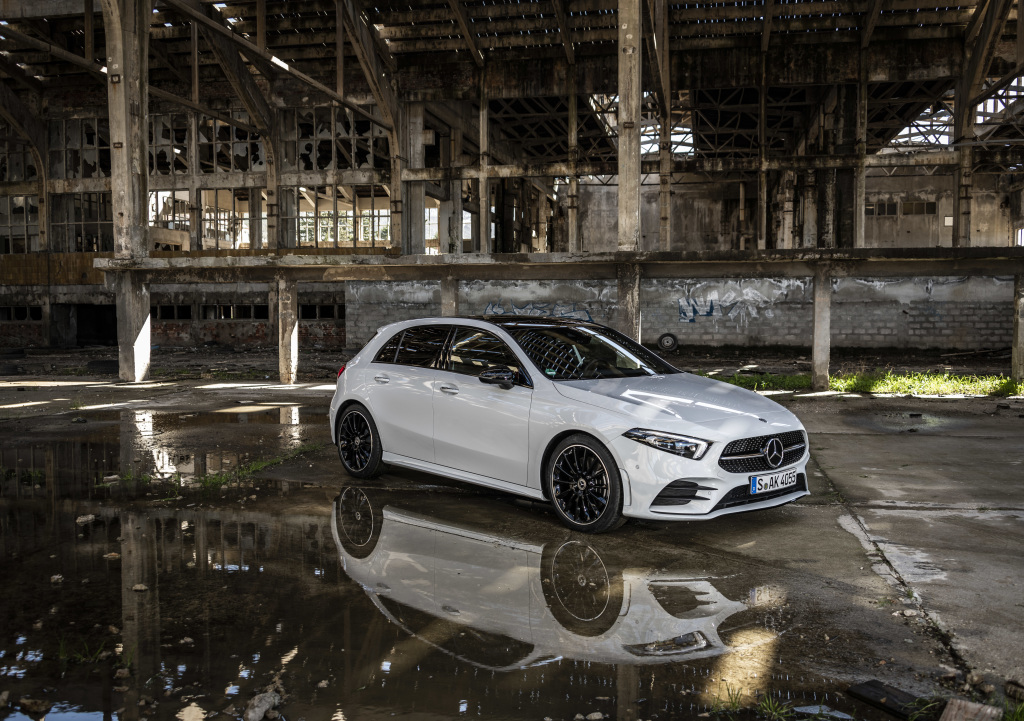 Faux carbon-fiber paneling on the doors and dash-top caused a few testers to turn their noses up, but otherwise the A-Class oozes the sort of visual appeal that rival manufacturers would do well to emulate.

This isn’t a case of appealing form coming at the expense of easy functionality, either. As far as usability is concerned, the Mercedes doesn’t really falter. Although it would be a stretch to say space in the rear is abundant, there’s enough for two adults to sit pretty comfortably, so long as they’re not especially tall, which, while not outstanding by hatchback class standards, is certainly competitive.

There’s decent knee room in the second row, and that elegantly sloped roofline doesn’t come at the cost of head room. As for the boot, it offers 375 liters of seats-up storage capacity, which extends to 1210 liters when they’re folded down.
Our only criticism is the lack of a conventional USB socket, with Mercedes relying exclusively on USB-C sockets – a pain if you don’t have the right cable. 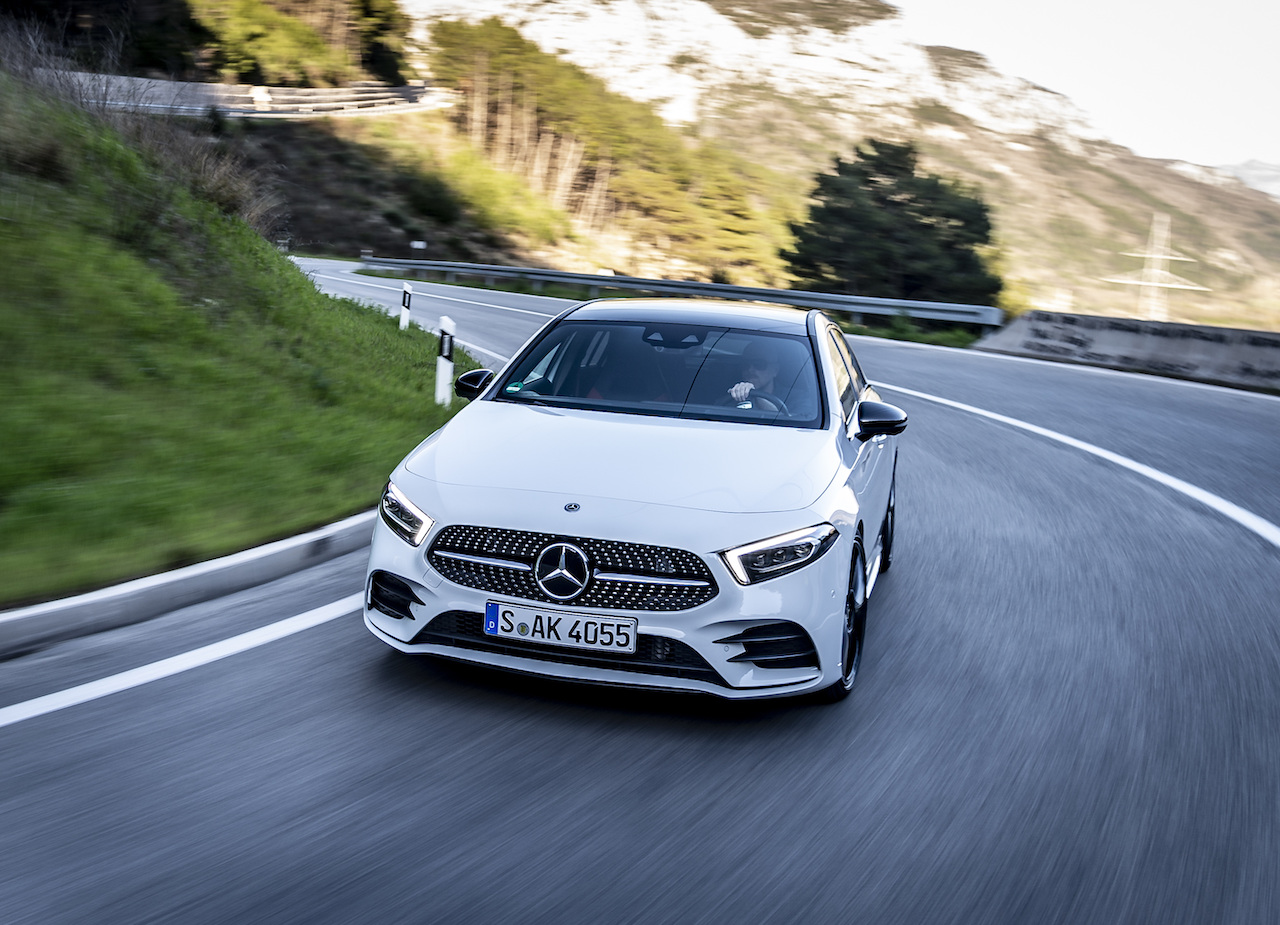 There’s no manual gearbox – all get seven-speed DCT as standard, so bear that in mind when you see the prices.
Those new engines, plus the lighter weight, do help cut consumption. So, does a remarkably low drag.

There’s nothing particularly wrong with the way in which it delivers its power to the front wheels – acceleration is generally quite linear and there’s not a significant amount of turbo lag – but it’s just a shade more vocal than you’d ideally want an engine in a premium hatchback to be. 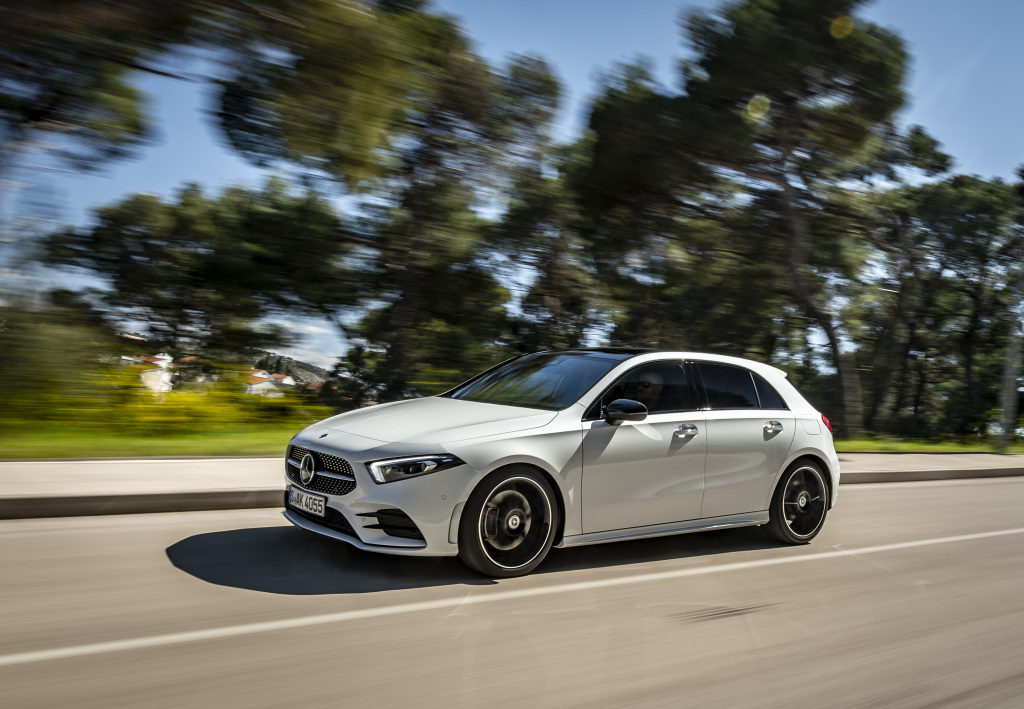 All models start with active lane-keeping assist, collision warning and autonomous emergency braking. Nothing out of the ordinary there.
In its cornering and ride, it feels like a proper Mercedes – plush in its movements, solid, comfortable and trustworthy.
On the road, it sails smoothly around, generally behaving proportionally to inputs and keeping faith with the curve. It cruises solidly on highway happy to munch miles with little tiring road vibration or tyre roar. And on any kind of road at pretty much any speed there’s a welcome suppleness to the springing. It’s not trying to be sporty, and in these low-powered versions it’s the better for that.
This new class seems robust and well thought out. More comfortable, bigger, better finished and even more affordable with comparable equipment, it is above all the most technologically advanced compact on the market, which allows it to rise easily to the top of the segment. Its rather comfortable road behavior changes the situation on this new opus. With such a technology on board and such care brought on board, one would even wonder if this Class A does not come to take a step ahead of the flagship of the star brand, the S-Class?