For centuries, our inherent alienation from nature has prevented us from truly understanding the potential of plants as more than simple materials or decorative objects. 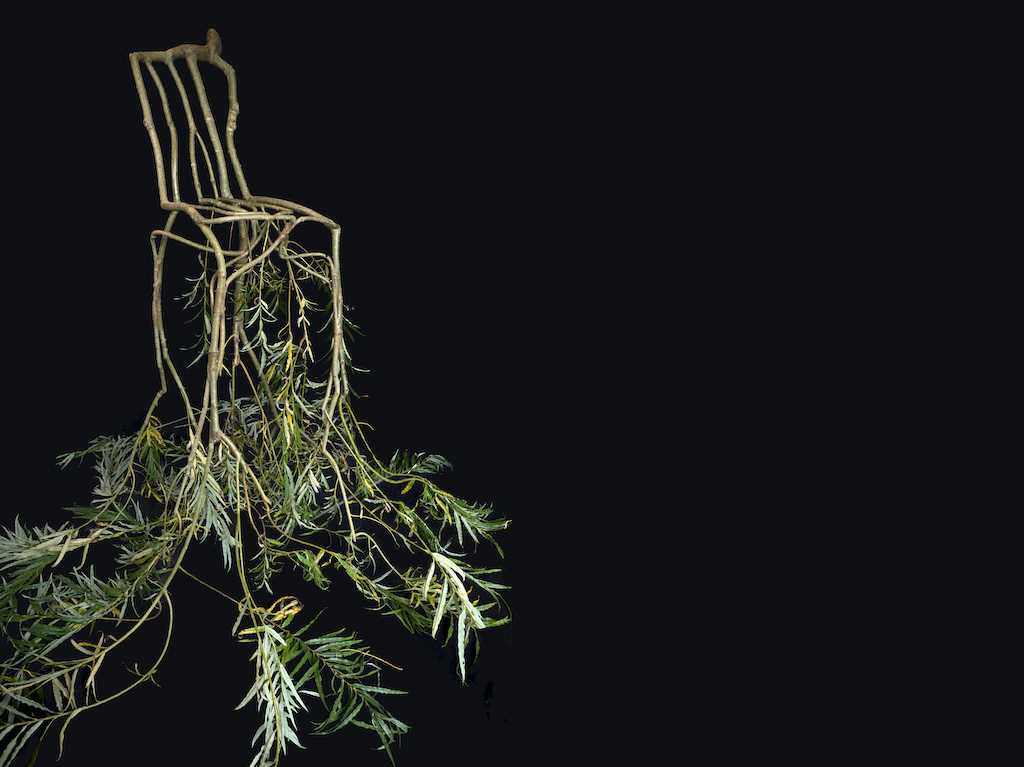 In recent years, however, new scientific discoveries and philosophical approaches have reframed our relationship with them, questioning the dualism human/nature so much rooted in Western thinking. Echoing the belief of American ecologist Ian Baldwin that “we should try to think like plants”, designers, scientists and engineers, started to look into plants’ structures and behaviours adopting them as allies to develop solutions for current and upcoming environmental and social issues.

Plant Fever proposes to look at the future of design from this new vegetal perspective, moving from a human-centred to a phyto-centred design. Spanning from products and fashion items to material research, open-source devices and emerging technologies, a selection of approx. 50 exhibits  representing the work of creatives from more than 20 countries – will investigate notions such as plant blindness, eco- feminism, forestry, biomimicry and upcycling, but also post-colonialism and cultural landscapes.

Conceived as a militant exposition, Plant Fever will not fear to take a stand, ask critical questions and call for new radical perspectives, involving the public in a positive, inspiring and constructive conversation. 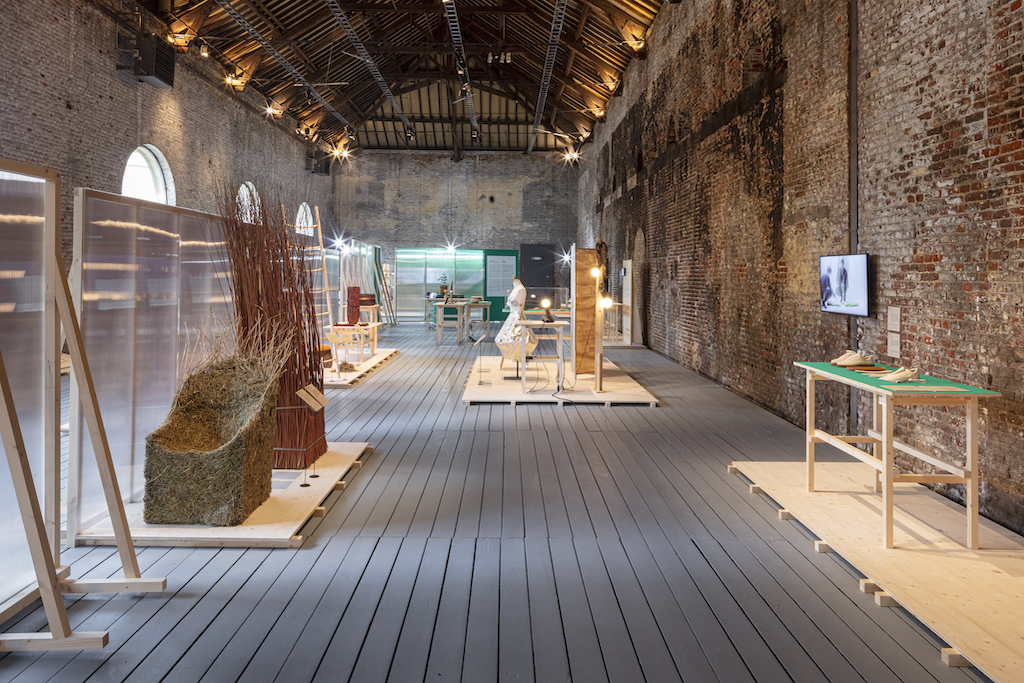 Parallel to the physical space of the museum, the discourse of the exhibition will be further developed through an accompanying web platform, as well as a dedicated conference & workshop programme.

Plants are essential to our survival on Earth. Not only do we need them to breathe and eat, but we also depend on them to dress, shelter, and heal ourselves. Their features constitute the basis for practical ancestral know-how, and the materials they provide us with are at the core of our economies. Yet, despite this, we often disrespect and overexploit them to the detriment of both human and non-human communities. 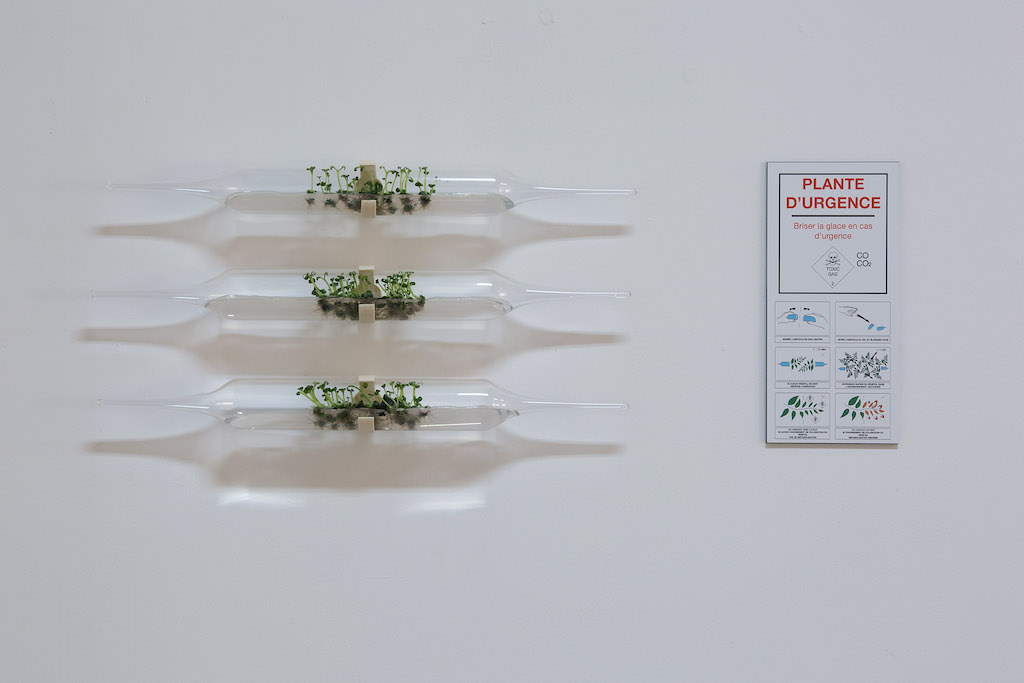 Lately, however, the consequences of our behaviours have prompted several designers to reconsider their role in the wasteful consumerist society we live in. Alarmed by the growing Climate Emergency, many of them are now exploring more holistic approaches to the material resources we make use of. Compostable vegetal matters are slowly replacing plastics, projects seeking symbiotic relationships with plants are on the rise and objects repurposing by-products of non-virtuous monoculture models are blooming.

Helped by the advent of modern architecture – which provided suitably open, bright and warm interiors – in the course of the 20th century plants have become ubiquitous in our domestic and office environments where they have been assigned a mainly decorative role. Since the early 2010s, though, the motivations driving us towards the vegetal kingdom seem to have shifted away from the merely ornamental. Plants have become therapeutic feel-good companions that help us escape the alienating condition of urban life. 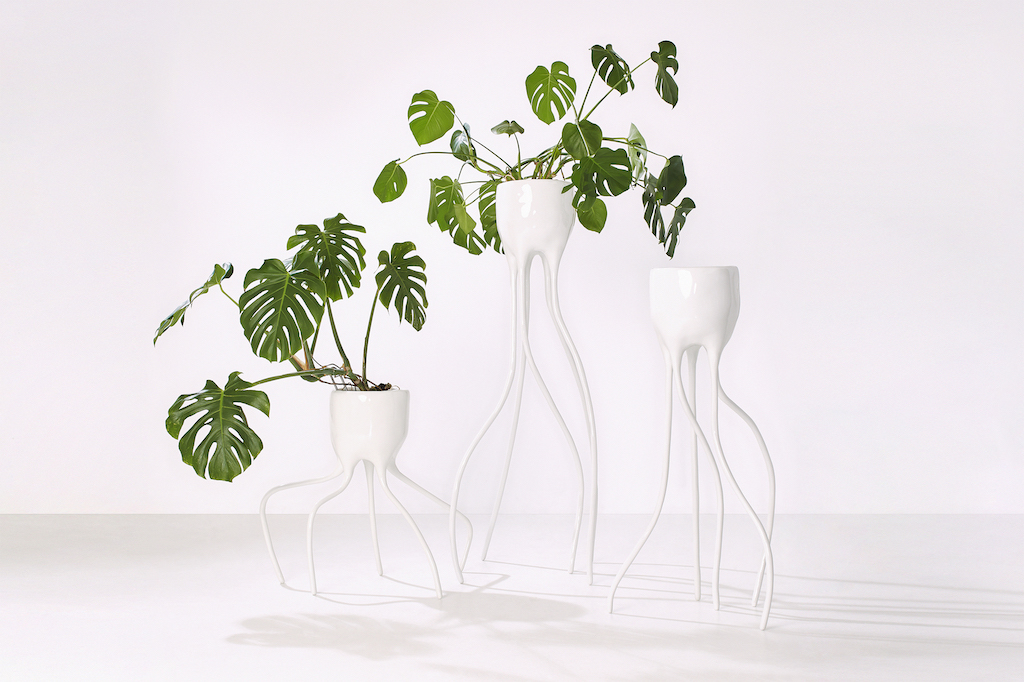 Described by some as symptomatic of the millennials’ generation and its widespread use of social media, the current trend of lushly-

vegetated interiors mixes the desire for highly Instagrammable settings with a sincere thirst for botanical knowledge and a need to embrace otherness. Sensitive to this change, designers have started to invent DIY devices meant to reconnect us with plants and to create pots and containers intended for precise specimens.

The recent findings that suggest that plants are sentient beings; the ongoing climate crisis linked to the Anthropocene; the ethical debate

around artificial intelligence, plant engineering and synthetic biology: all these new perspectives are shaking up the Western world’s vision of human supremacy over everything else, including the vegetal realm. 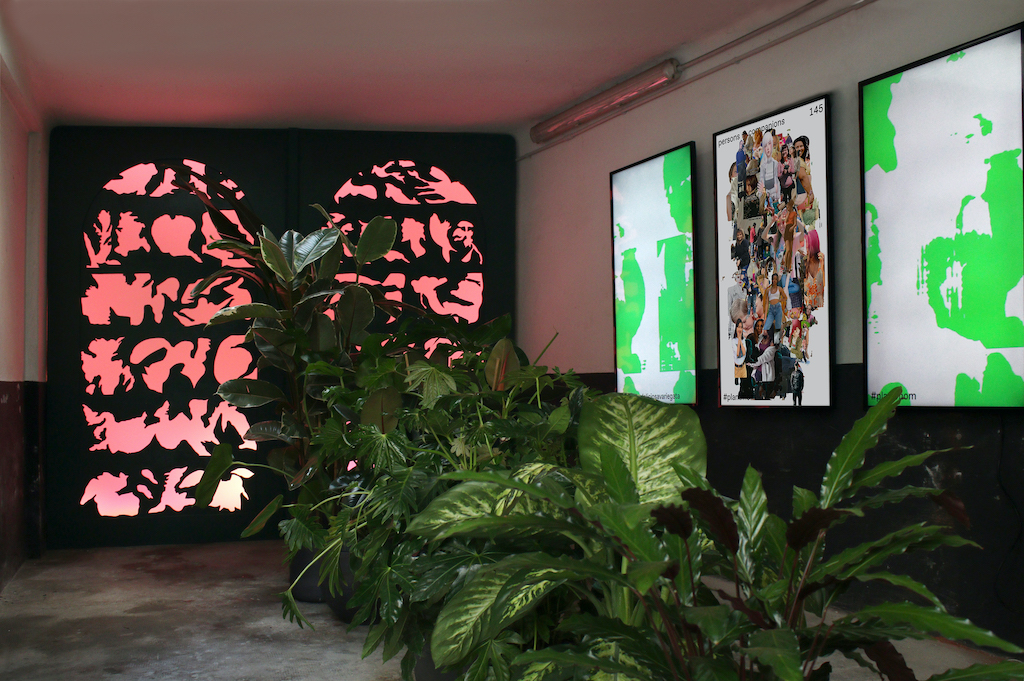 Informed by novel scientific discoveries and stimulated by growing moral concerns regarding non-human beings, designers, artists and engineers have started to look into the uncovered capabilities of plants to imagine a future in which thinking like them and collaborating with them could become the new norm. While in most cases their goals remain closely human-centred, these explorations are leading the way towards a more vegetal-conscious approach to design which goes beyond plant’s instrumentalisation and mechanisation.

CID – CENTRE FOR INNOVATION AND DESIGN at Grand-Hornu