The Cupra Born is an electric car that takes its name from the El Born district of Barcelona, but is arguably more closely linked to Wolfsburg! The Cupra name isn’t new, although it only recently became a standalone brand within the Volkswagen Group. Formerly a badge applied to hotted-up SEATs, the sub-brand was split from its parent company and now offers a range of cars. The first was the highly popular Formentor SUV, available as a plug-in hybrid, but the Cupra Born is unlike anything the Spanish outfit has released to date, because it’s fully electric. 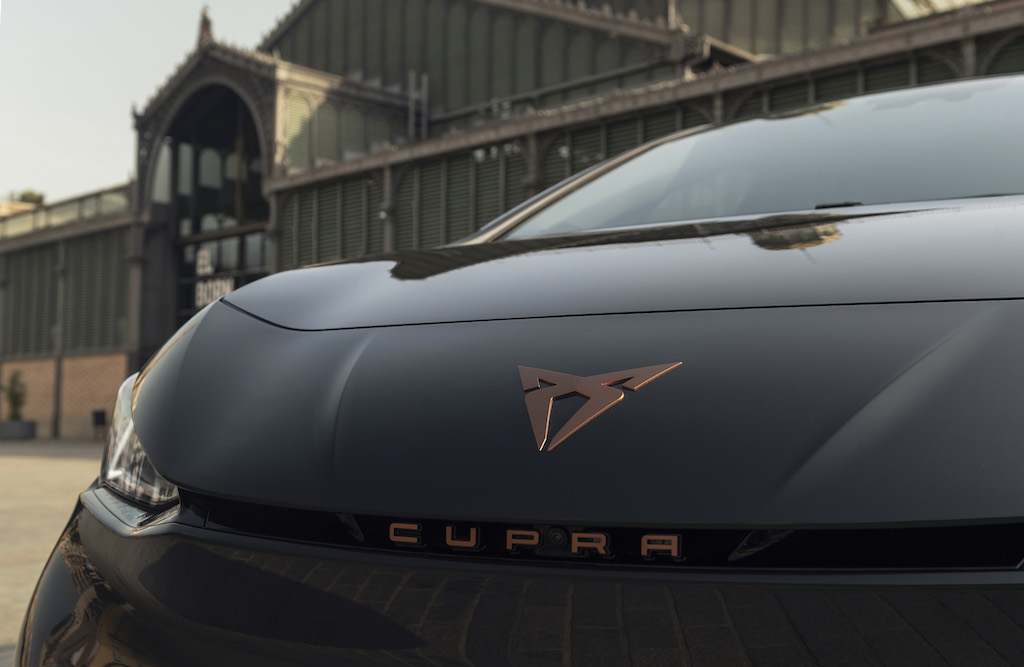 It’s fair to say the new Cupra Born is a looker.  That’s because under the metal, the Born is essentially identical to the Volkswagen ID 3. Like the ID 3, it’s a five-door, five-seat electric hatchback, and is available with three different battery sizes promising impressive pure-electric ranges. It’s an electric hatchback that promises a bit of a sporting edge. Bright LED headlights are standard. 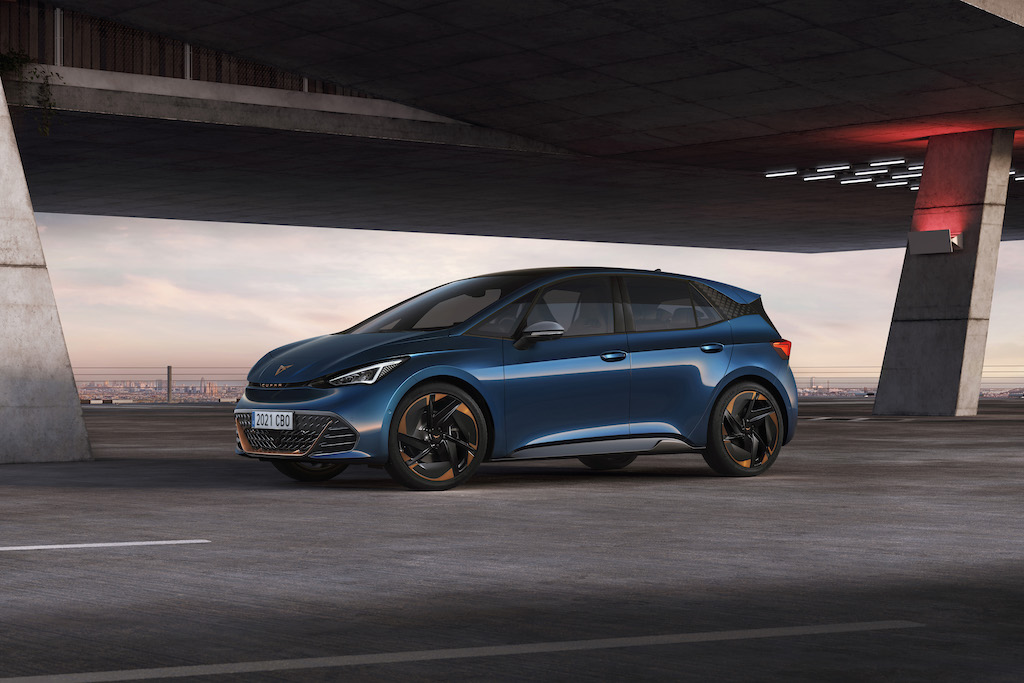 The cabin is pretty athletic looking, too. In the place of leather you can get sporty synthetic suede upholstery that’s made from recycled ocean plastic; and the sports seats are comfy.

A higher centre console means the Cupra doesn’t feel as roomy as the VW, but the trade-off is a more driver-focused feel – which ties in nicely with its sporty appearance, with the driver and front passenger getting supportive sports bucket seats. On the downside, however, the Cupra persists with the annoying touch-sensitive sliders on the dashboard and steering wheel that cause so much frustration in the VW. 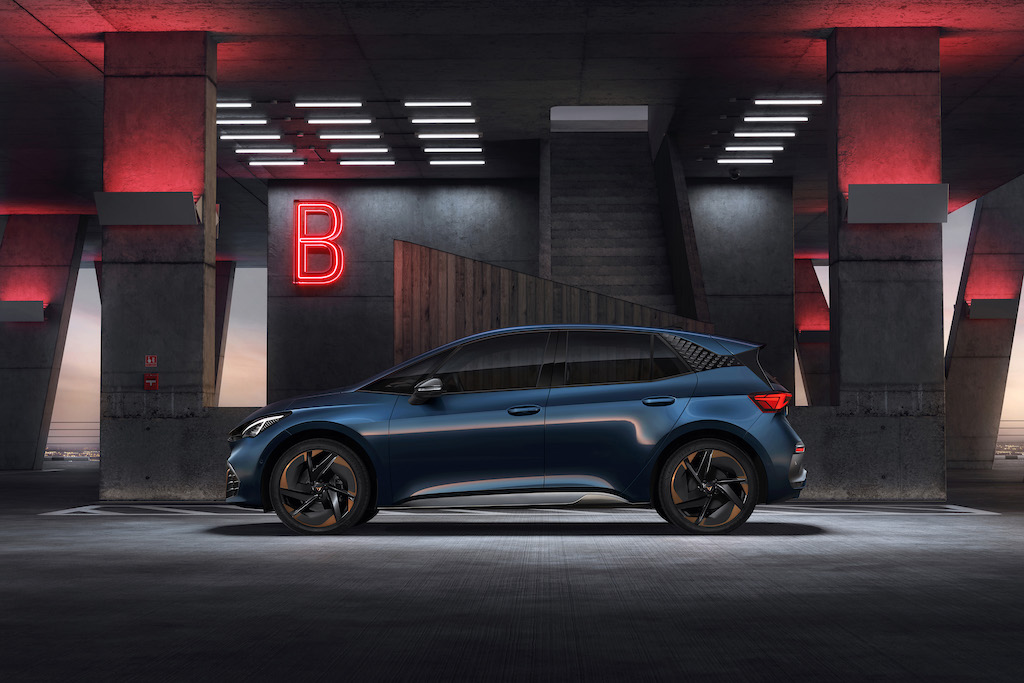 The 12-inch touchscreen can be a bit slow when it comes to responding to your inputs, and the actual jump from one menu to the next isn’t as slick as the sharp pictures on screen suggest it should be. 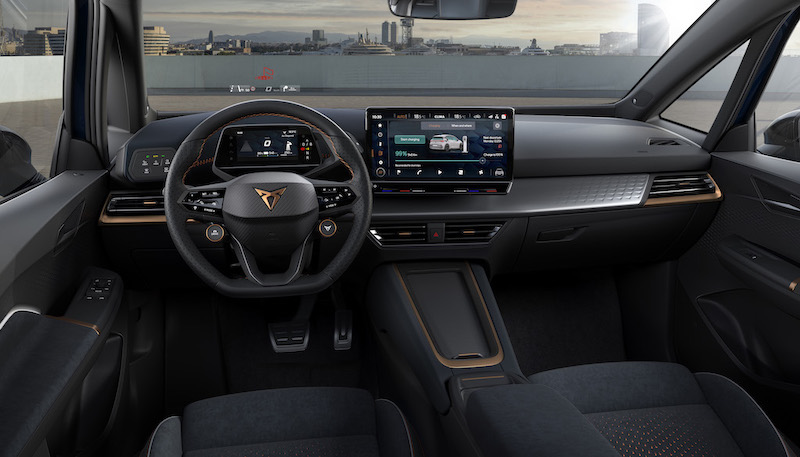 The heating and ventilation controls have been housed within the screen itself. This might lend the dashboard a nice, clean look; but the buttons used to access the air-con menu and change fan settings and adjust the temperature are small and hard to get your fingers on when you’re actually on the move… 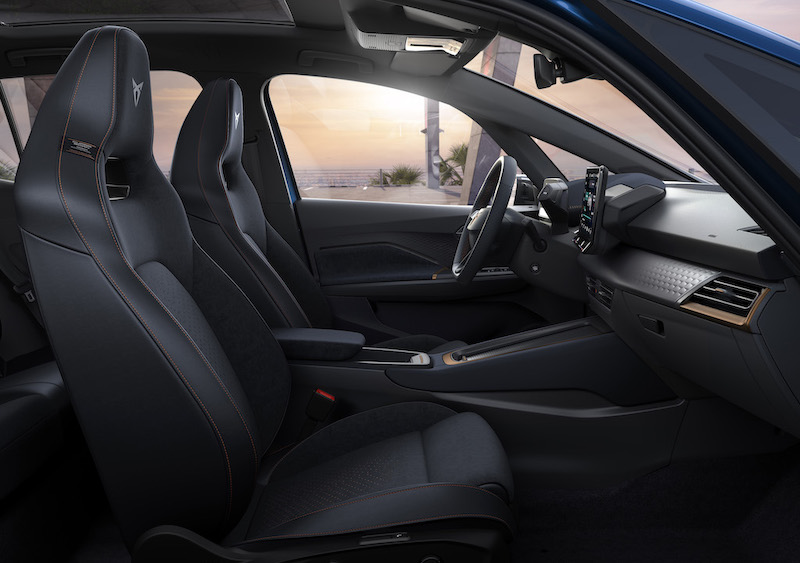 The Born comes with plenty of tech. You get satellite navigation, Apple CarPlay, and Android Auto too. Wireless charging is available for your smartphone, and the My Cupra app will allow you to monitor charge levels and precondition the car so that it’s up to temperature before you hop in.

Adaptive cruise control comes as standard with the V1, and its great for long motorway drives. The leather steering wheel is heated and behind it you have a 5.3-inch digital driver’s display. There’s even a rear view parking camera with front and rear sensors, and that’s displayed through an impressive 12-inch central infotainment touchscreen. 18-inch alloy wheels come as standard, too. 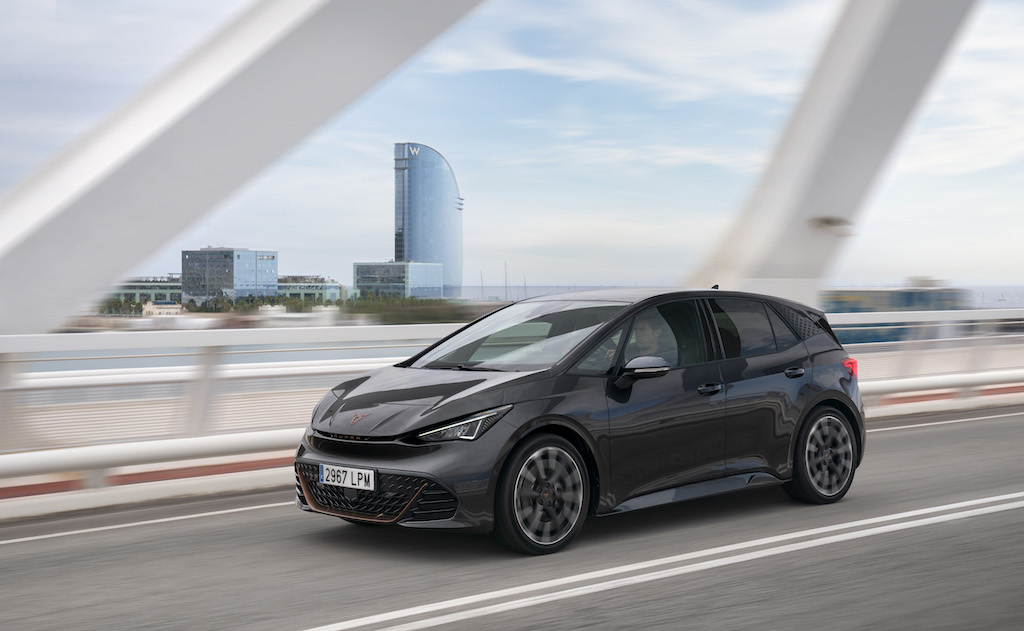 Still, there’s a ton of space in the rear for back seat passengers, and the spacious 385-litre boot is identical to that of its Volkswagen relation.

There’s pretty good storage space available too. A large chunk of that is in the centre console, which has various cubbies and the ubiquitous cup-holders. The glovebox is a decent size, as are the door bins.

The Cupra Born’s line-up mirrors that of the Volkswagen ID 3, offering a choice of three batteries – 45kWh, 58kWh and 77kWh – powering a single electric motor that drives the rear wheels. The official range starts at  350 km, going up to a very impressive 550 km with the largest battery.

I tried d the mid-level 58kWh car. It’s not in the same league as the Tesla Model 3 for straight-line pace, but with 201bhp and a 0-100km/h of 7.3sec, the Born still feels nippy all the way up to motorway speeds. 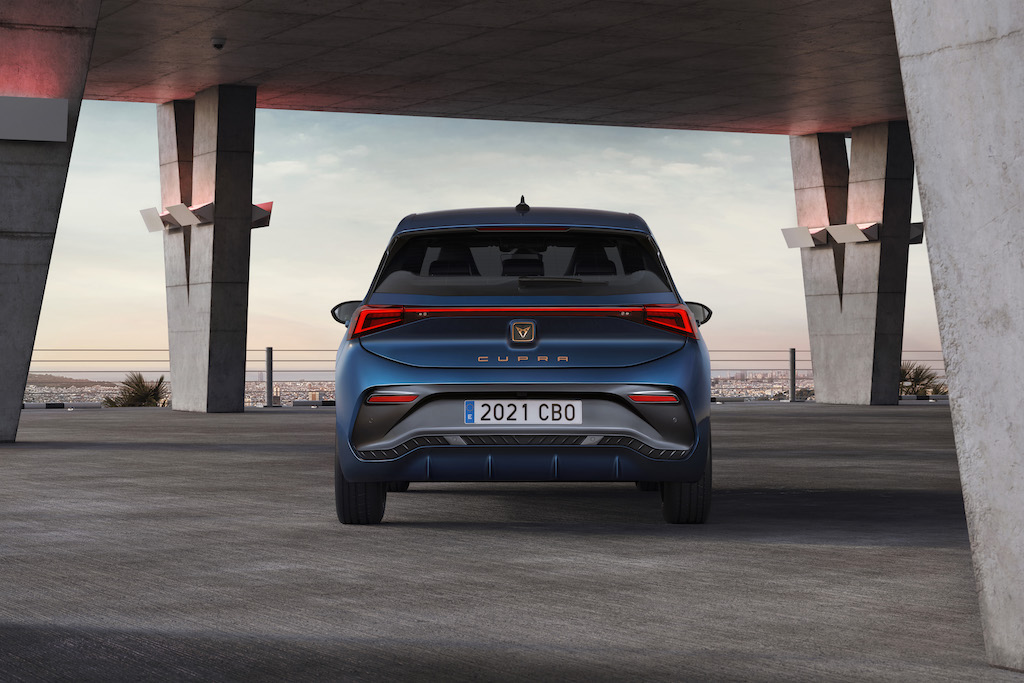 The version I’ve driven features the 58kWh battery paired with a 201bhp electric motor. It should be able to cover up to 264 miles on a charge, although our test car struggled to break a predicted 200 miles from a full battery in cold conditions, returning around 2.7 miles per kilowatt-hour (m/kWh) efficiency.

Born with a 58kWh battery can be charged at up to 125kW, meaning topping up from 5-80% using a fast enough rapid-charging point takes 35 minutes.

With 58kWh battery, you can be topped home up from flat in just over nine hours. 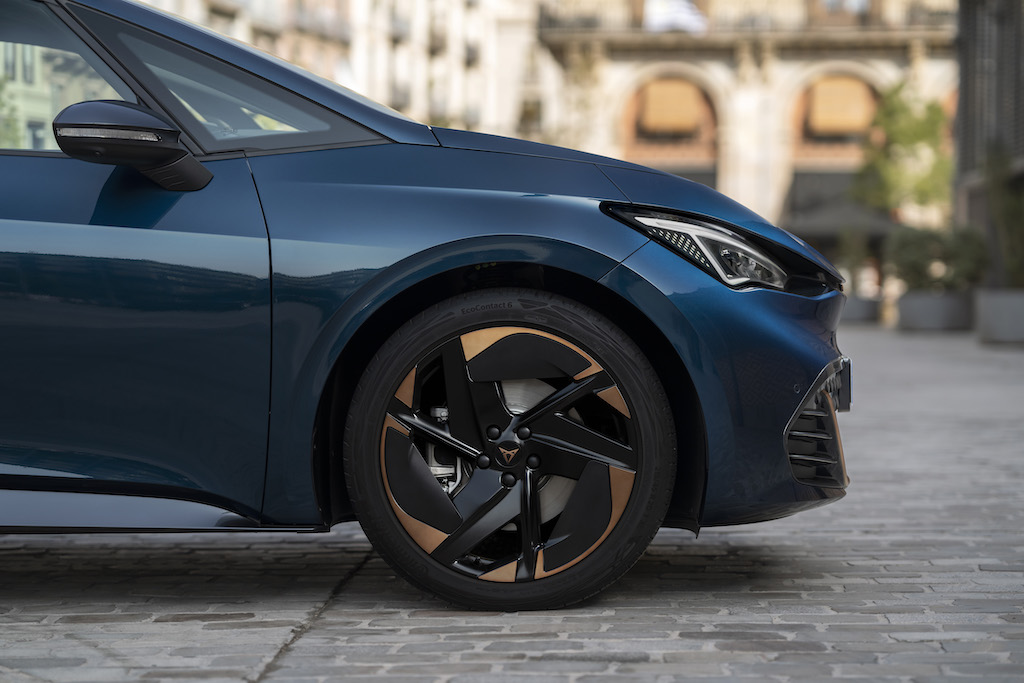 The Born is a reasonably comfortable electric car and does a good job of absorbing lumps and bumps in the road. As you’d expect from a compact EV, the Cupra works rather well in town. It offers refinement, solid handling and good ride comfort in most situations. There’s also decent body control and grip is good, however acceleration can tail off after the initial sprint from 0-50km/h. 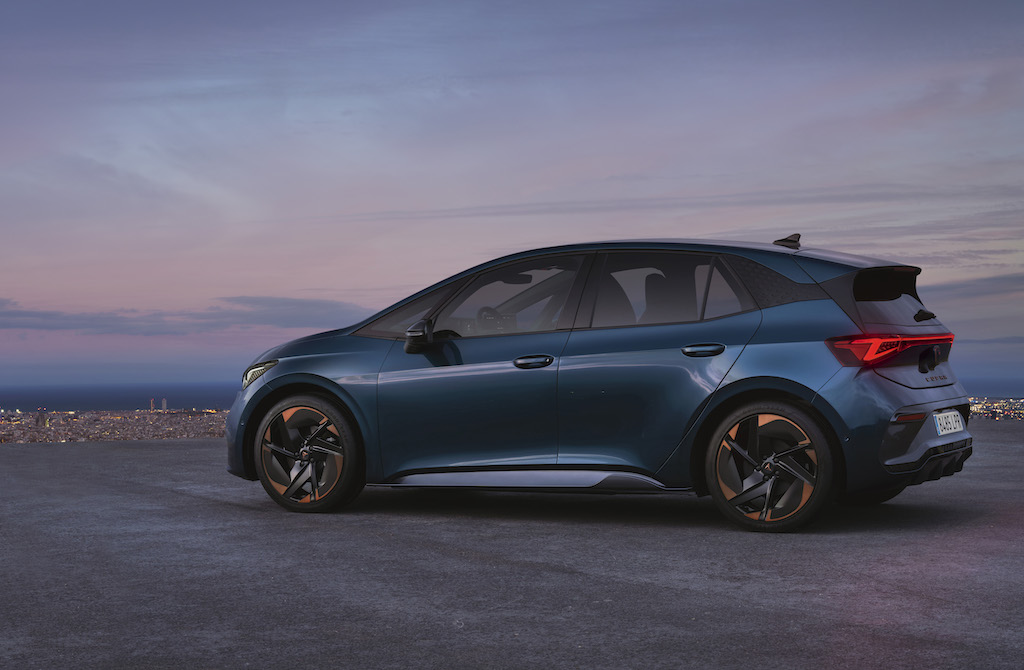 On a twisty road, the Born handles well and is genuinely enjoyable to drive. The car feels agile thanks to its low centre of gravity and strong grip, and you quickly learn to trust it – using the instant power to usher you out of bends with remarkable ability.

Seeing out of the front of the Born is pretty easy. Its deep windscreen and slim front pillars afford you a largely unobstructed view of the road ahead. They are heavily angled, though, so taller individuals might find that they get in the way a little at T-junctions. 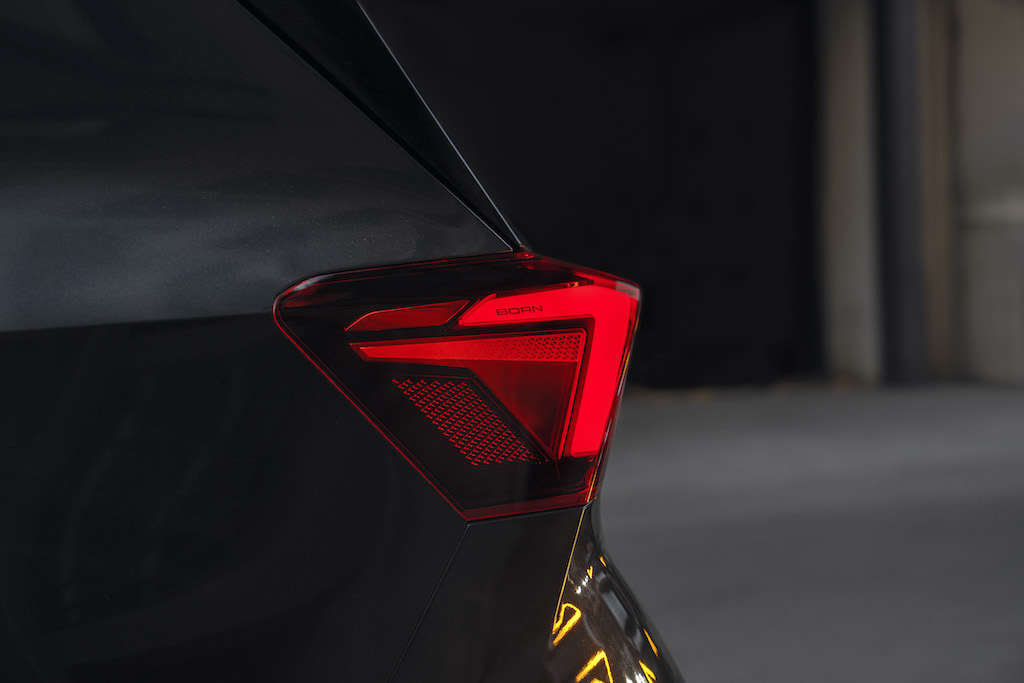 The Cupra Born is an impressive bit of kit. Stylish, with more than enough power for urban environments, it also feels a touch sporty when you get past the city limits. The interior is solid too, and it’s competitive on paper too.