With its low, sleek silhouette and fashionable image the Range Rover Velar is as close to a ‘Road Rover’ . Now, to sweeten the deal even further, it’s joining the Evoque, Defender and full-fat Range Rover in offering a plug-in hybrid powertrain as an option. 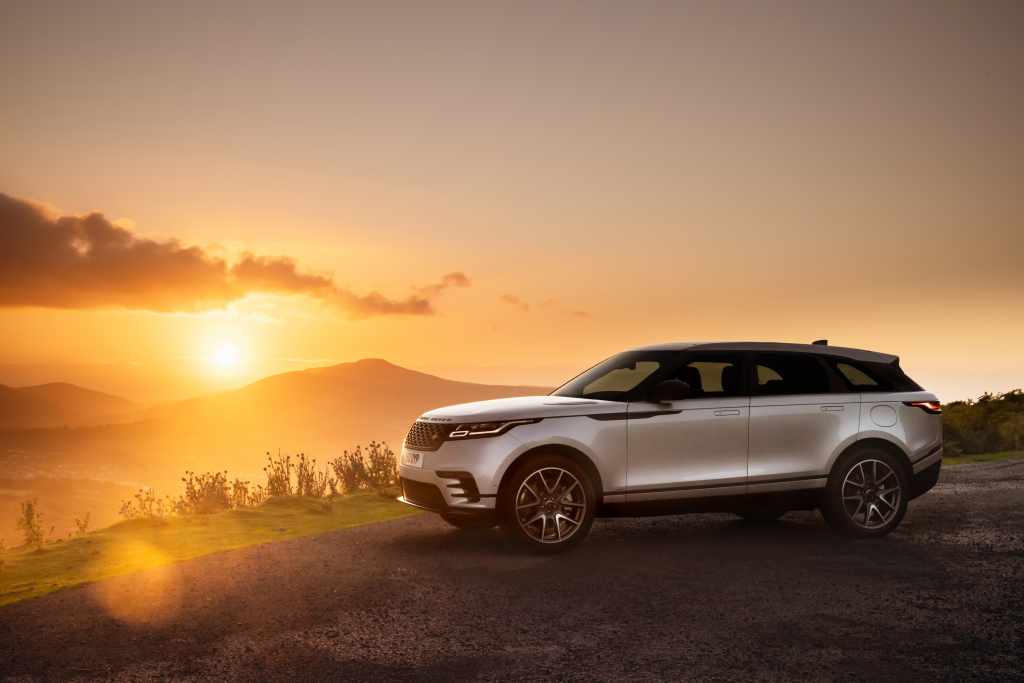 This new plug-in hybrid derivative has been introduced alongside a broader refresh for the Velar, despite the fact the model is only three years old. Updates are therefore light, with the exterior gaining only new paint colours and wheel designs, which will do little to change the divisiness of the Velar. 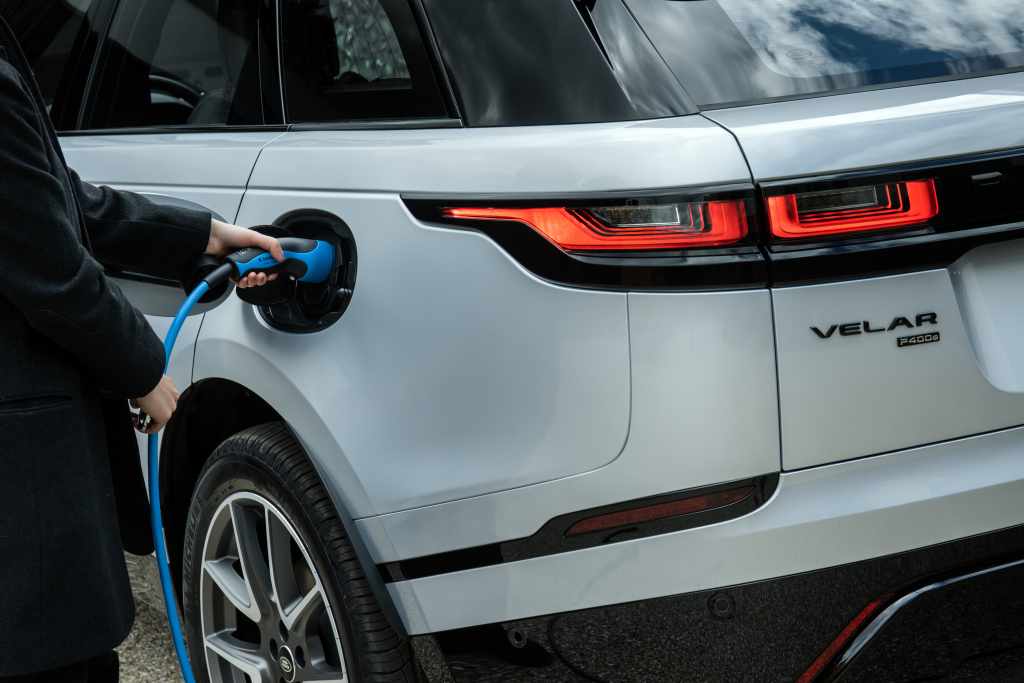 It looks pretty posh inside, too, with a digital instrument pack deep in the binnacle, plus two 10-inch touchscreens featuring JLR’s latest Pivi and Pivi Pro infotainment systems.

As well as the expected Smartphone connectivity (for two phones simultaneously if you wish) and in-house navigation if you choose to use it, Spotify is integrated into the system if that’s your music streaming service of choice, and there are also software-over-the-air updates, which might mean functionality or efficiency upgrades from time to time. 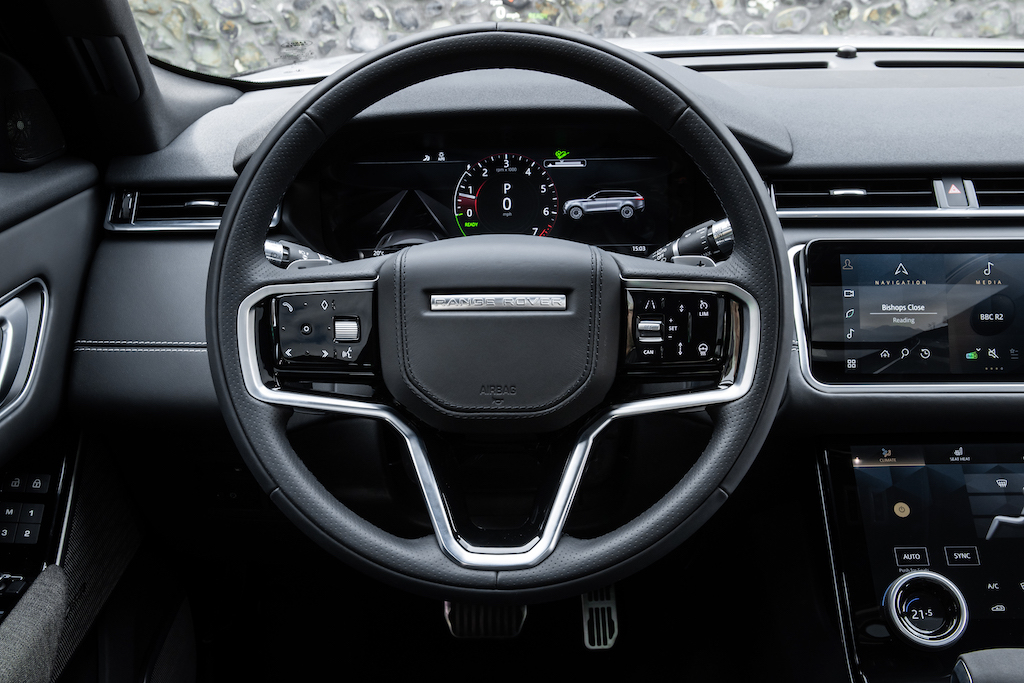 Much as Pivi is JLR’s latest system, anyone peering into the latest Land Rover Discovery might be a little envious of that car’s rather lovely new 11.4-inch touchscreen – things move fast in the tech world. 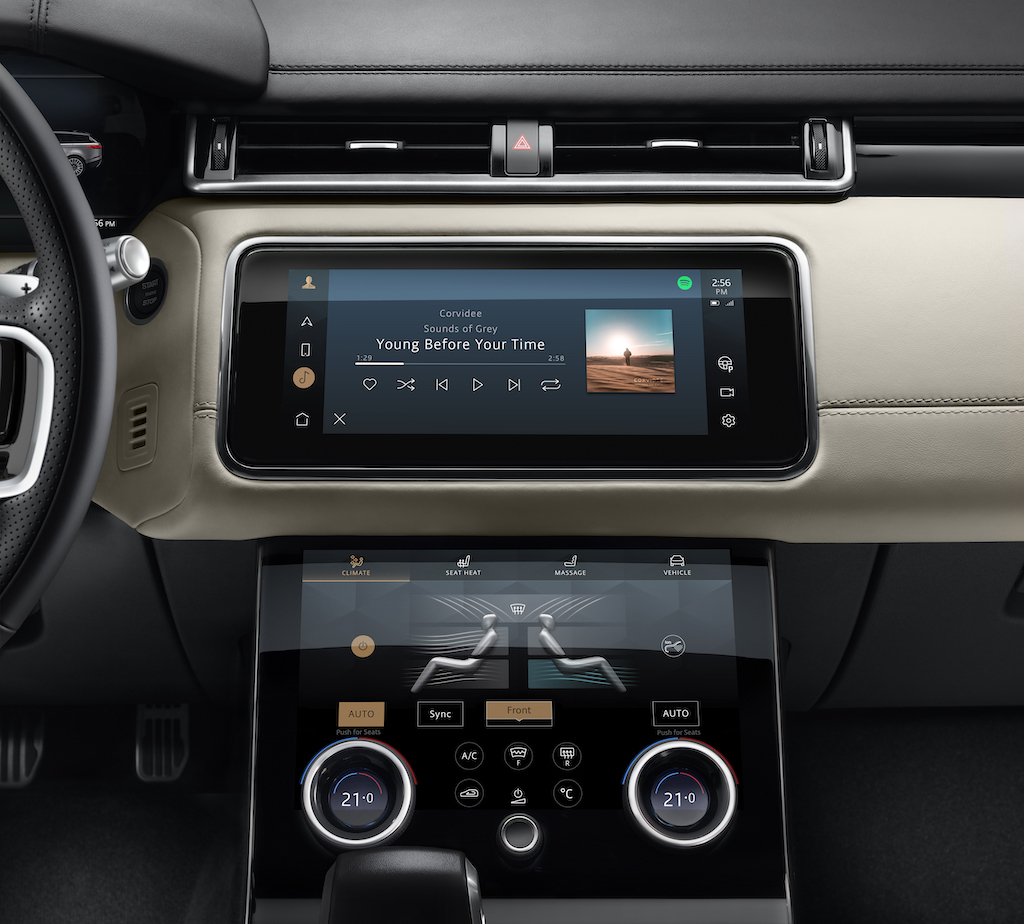 Otherwise, all is as was in the Velar. You get okay, if not cavernous, seating for four – five at a pinch, but everything is trimmed beautifully as a Range Rover should be. It’s as attractive inside as it is outside. 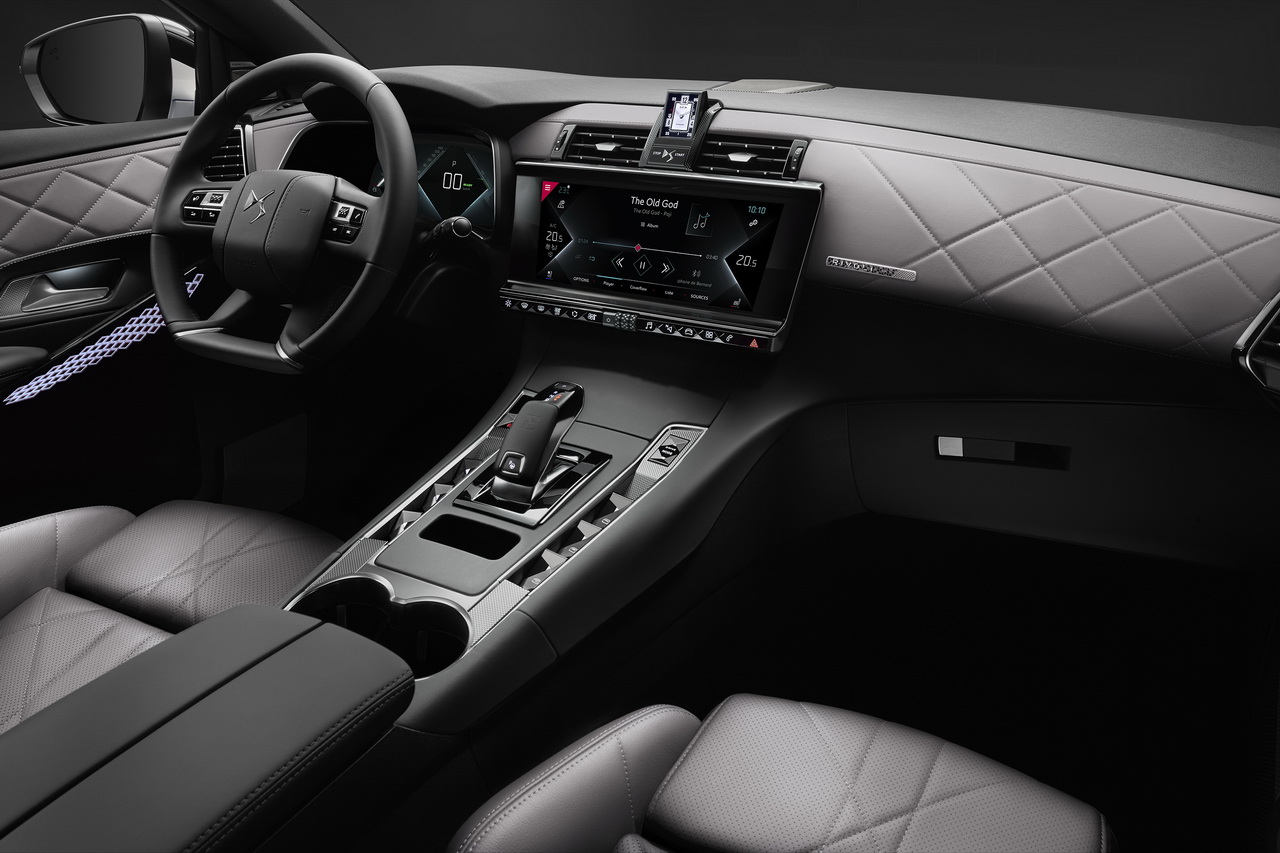 The Velar P400e uses the same plug-in system as its Defender and Range Rover siblings, instead of the pared-back option you get on the Evoque. That means that it uses a 296bhp 2.0-litre four-cylinder petrol engine and a 141bhp electric motor.

Is the plug-in hybrid the best Velar, though? That’s a tougher question. One of the cheaper diesels will be superior for the long-distance blasts that this car excels at, and if your mileage is low there’s a useful cost saving to be had in opting for pure combustion power. Not to mention if you’re sans driveway and charger, the Velar P400e becomes nothing more than an expensive and heavy self-charging hybrid. 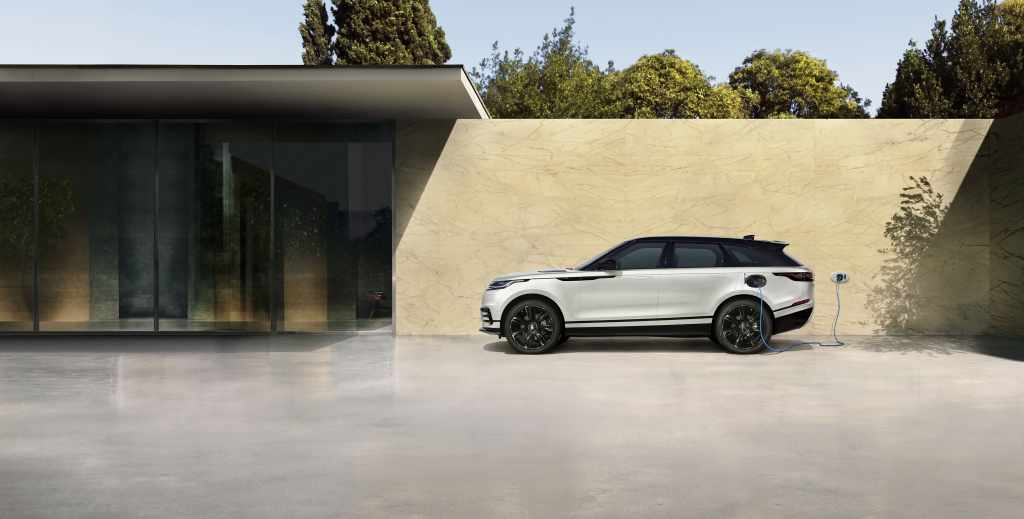 If you do lots of short journeys, though, or will benefit from the Velar’s 49g/km CO2 figure (company fleet managers will love you for it) then there’s plenty to enjoy here.

Land Rover claims up to 50 km of pure-electric running is possible from the 17.1kWh battery pack. These figures are always optimistic in PHEVs, but during my limited time with the car we covered 20+ miles with ease – making it perfect for short commutes or runs across town without ever troubling the petrol engine. And its charging port is on the rear quarter panel, opposite the fuel filler – so no need to unattractively nose into a spot to charge.

The relatively powerful e-motor also meant electric performance was great. Smooth, quick and utterly silent, it really ups the luxury factor in a way even the smoothest petrol or diesel can’t quite match.

Deploy both power sources and the Velar will go from 0-100km/h in an impressive 5.4 seconds. 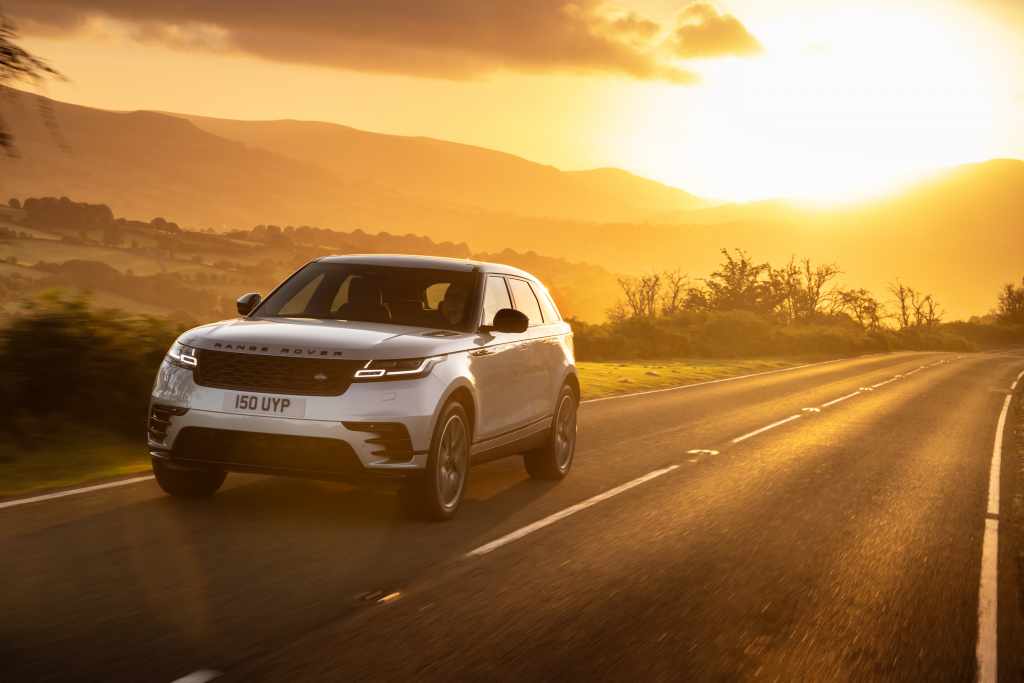 The Velar P400e has three driving modes (EV, Hybrid and Save), all quickly selectable via the lower touchscreen litre engine on and off and lean on the electric motor to a greater or lesser extent in order to maintain the progress your right foot is requesting.

The drive is handles. Even at well over two tonnes body control is impressive and the thin-rimmed steering wheel controls an accurate and confident rack. 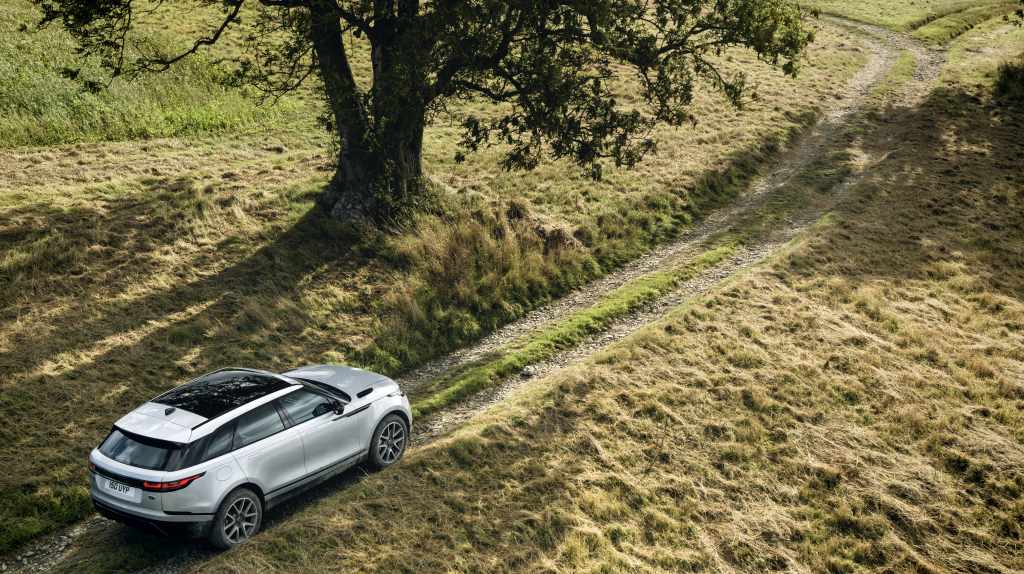 If you decide to go off-road, the ground clearance, wading depth and approach and departure angles are among the weediest in the Land Rover stable, but that still leaves the Velar enough to embarrass most other compact SUVs.

The Velar is more attractive than ever with plug-in hybrid power – and it was a pretty attractive proposition in the first place. It’s a fair chunk more expensive than other versions, but you’ll enjoy the added power and the cash savings – which are sizeable if it’s a company car. It still does Range Rover class, luxury and refinement well, too. 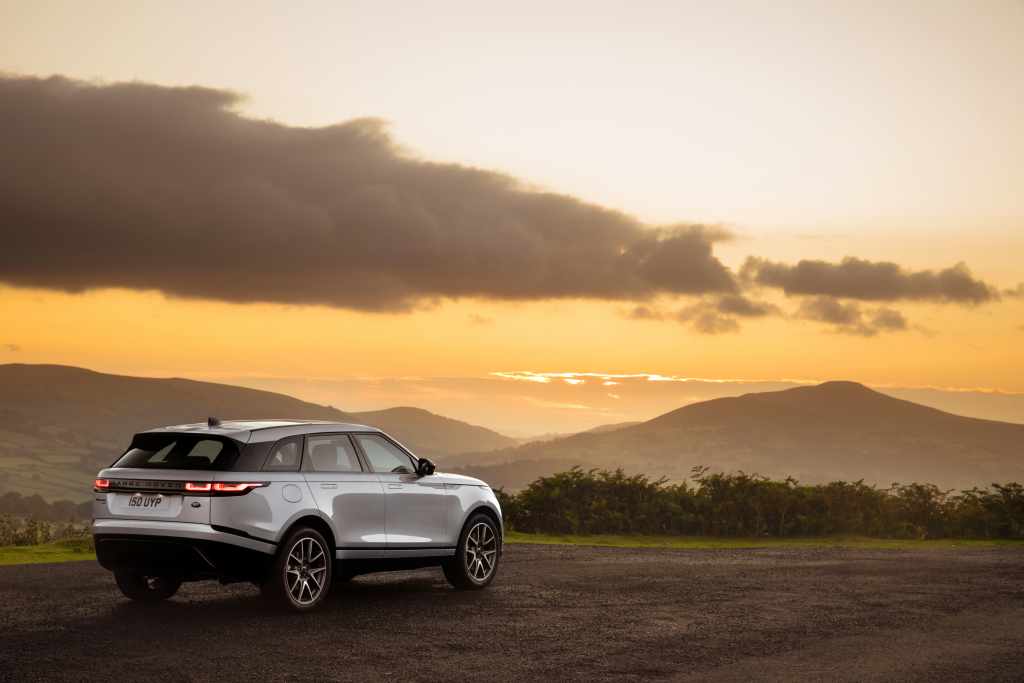 If you live in the city and you like the idea of pure-electric driving, and you can charge up at home, and of course you actually want a Velar in the first place, then yes, you should probably buy the P400e.

Sounds familiar, doesn’t it? As is often the way, the plug-in hybrid model in the line-up isn’t hugely compelling in it’s own right, but excels within a specific set of circumstances.